Every generation has its own cult blond. Our grandparents admired legendary Marilyn Monroe and great Brigitte Bardot. Our parents liked tall and slim Claudia Shiffer. Probably, Blake Lively is the cult blond for the next generation. She has everything to be popular – beauty, charisma and acting talent. To make sure that Blake Lively is not just a beautiful fetish, but an actress with great talent to change, watch ten best Blake Lively movies and TV shows. 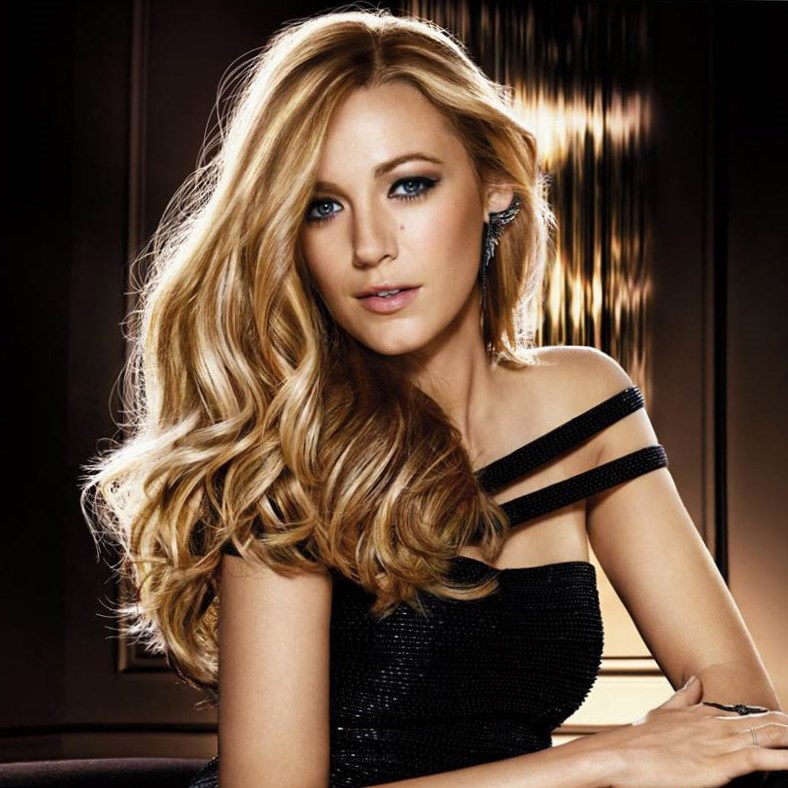 1. The Sisterhood of the Traveling Pants

Most of people think that “The Sisterhood of the Traveling Pants” is the first screen job of an actress. In fact, this movie is not the first one in her film list, but surely Blake Lively Sisterhood of the Traveling Pants is the project, which made her popular. Blake Lively tried her best to portray Bridget, one of four friends, who managed to get magnificent jeans pair. The complicated inner world of a teenager, relationship with parents and first love experience – these topics will always be interesting. For her screen work Blake got Teen Choice Award nomination. 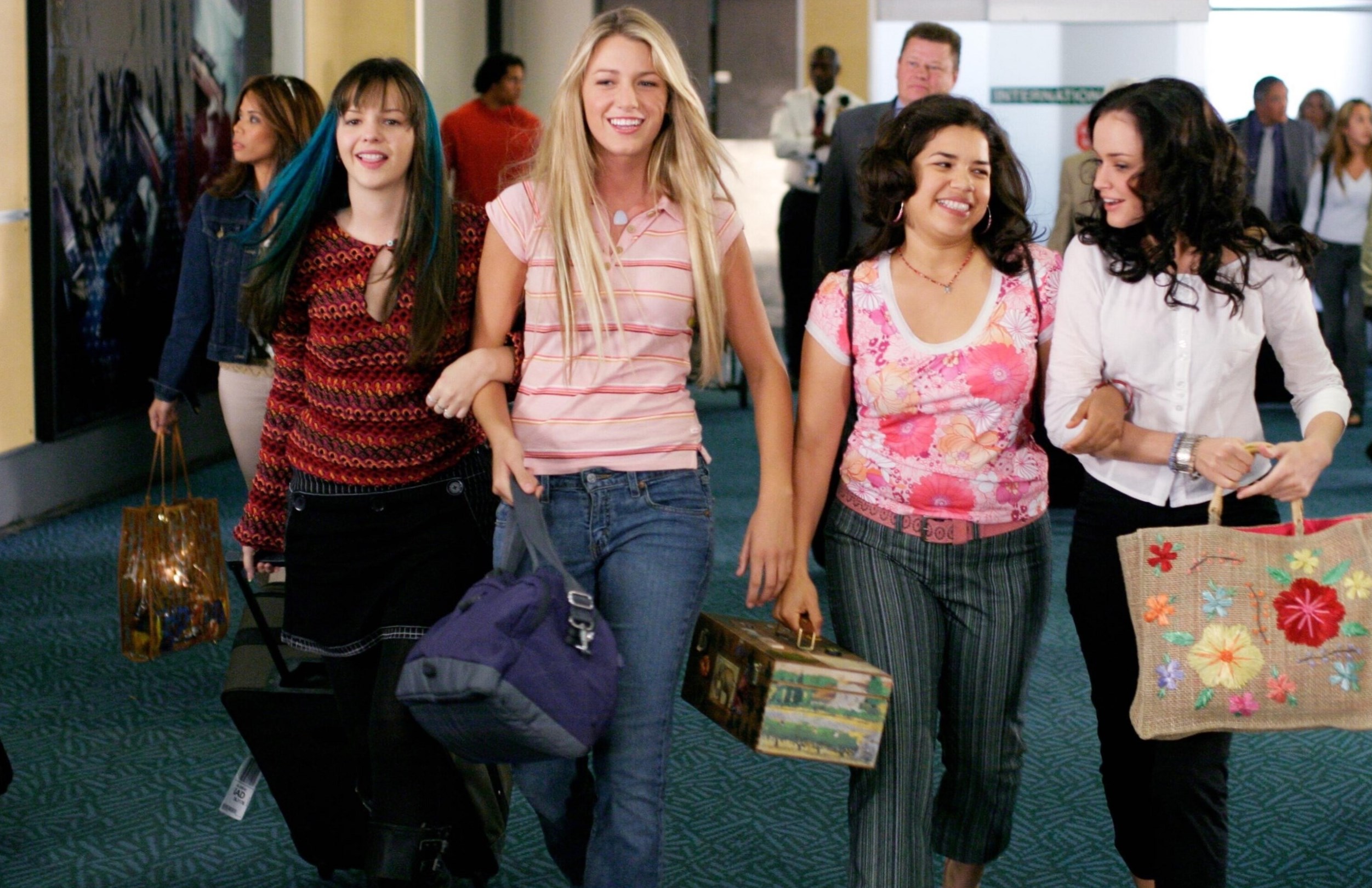 Blake Lively in ‘The Sisterhood of the Traveling Pants’ 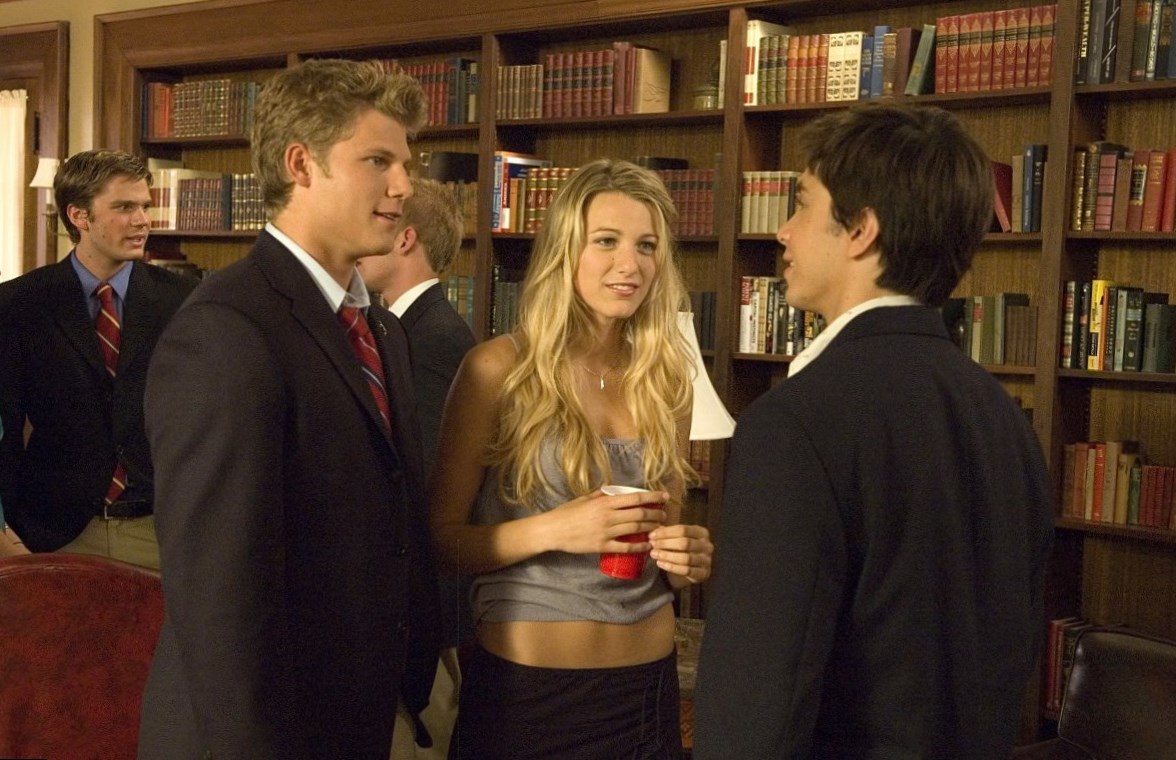 When Blake Lively was 20, she got her first leading female role. It was a great risk for the film director Will Geiger to invite Blake for the role of Anabelle. The role of a beauty, which died during the beauty pageant and after her death found her love, was not easy. The film director was afraid that the young glamorous star wouldn’t be able to look natural in his movie. But Blake Lively got the chance to prove – she had great dramatic talent. And she did it perfectly. 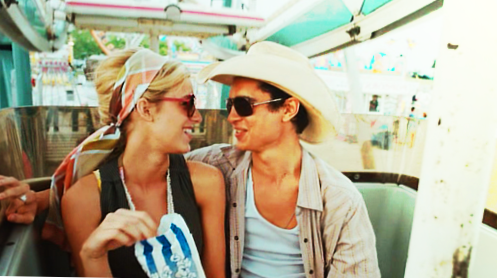 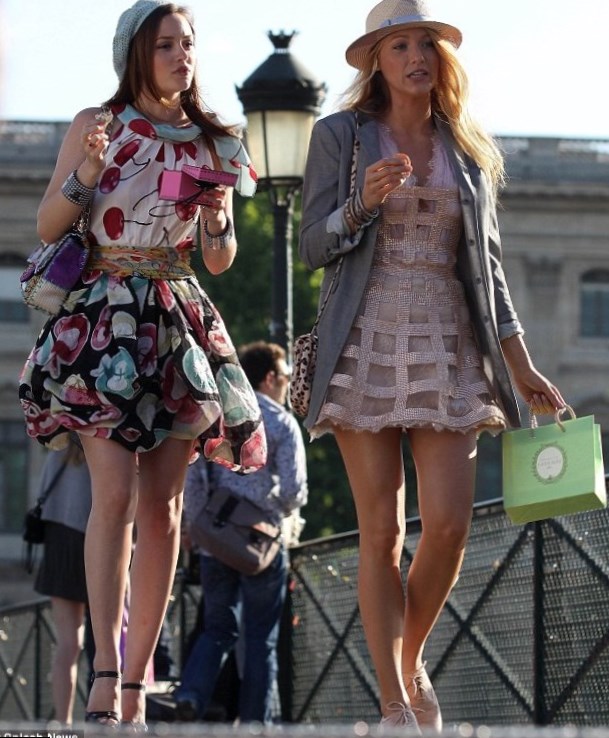 To make Serena look natural, the actress was busy 18 hours a day at a film set. But she likes to remember that time. To portray Serena was interesting for her, although she insists, in her real life she has nothing in common with the heroine, which made her popular.

5. The Private Lives of Pippa Lee

After the star role in her previous project, Blake Lively was afraid to become the heroine of one role. Everywhere she was called “Serena” and she got numerous offers from various popular brands like L’Oreal and Chanel to endorse them.

But Blake had another plan, she wanted to become a serious dramatic actress. That’s why she was lucky to take part in the projects of Rebecca Miller “The Private Lives of Pippa Lee”, where she played the young version of Robin Wright. Blake was happy to co-act such world known stars as Robin Wright, Keanu Reeves, Winona Ryder, and Monica Bellucci.

She got positive critic reviews as a dramatic actress.

The next one of Blake Lively movies was directed by the star Ben Affleck, where he acted as the main male hero too. Blake’s heroine, Krista Coughlin, was a single mother, addicted to drugs and crashed on Affleck’s hero. This time her heroine was completely different from rich and noble Serena or Pippa. To portray an addicted person, Blake visited bars and got acquainted with women of that kind. Then she copied their manners to look natural on the screen.

Blake Lively Green Lantern brought her a new interesting screen job and a meeting with Ryan Reynolds. Soon she got married and gave a birth to their daughter.

The role of Carol Ferris, who helped Ryan’s hero to cope with his problems, was portrayed perfectly. But too unusual plot of the movie was the reason, why spectators didn’t appreciate it and gave modest reviews to the film.

If you want to see red haired Blake Lively in a tasteless red dress, you should watch this film. This movie is the best proof that Blake Lively is ready to change and glamorous Manhattan girl is not the only her theatrical line. 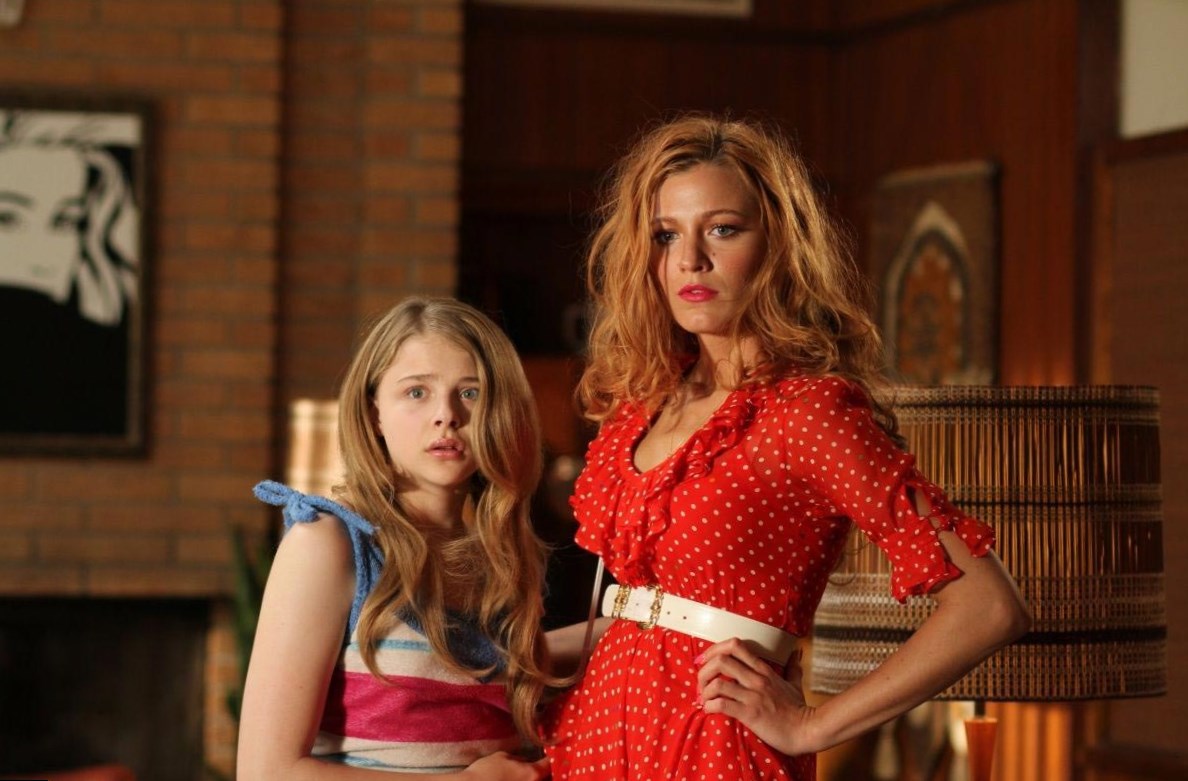 The movie was not extremely successful. Critics compared it with the project “Traffic” and that’s why its idea was not new or fresh. Nevertheless Blake Lively portrayed her femme fatale O perfectly. But she has already proved, she is the best in roles of that kind. 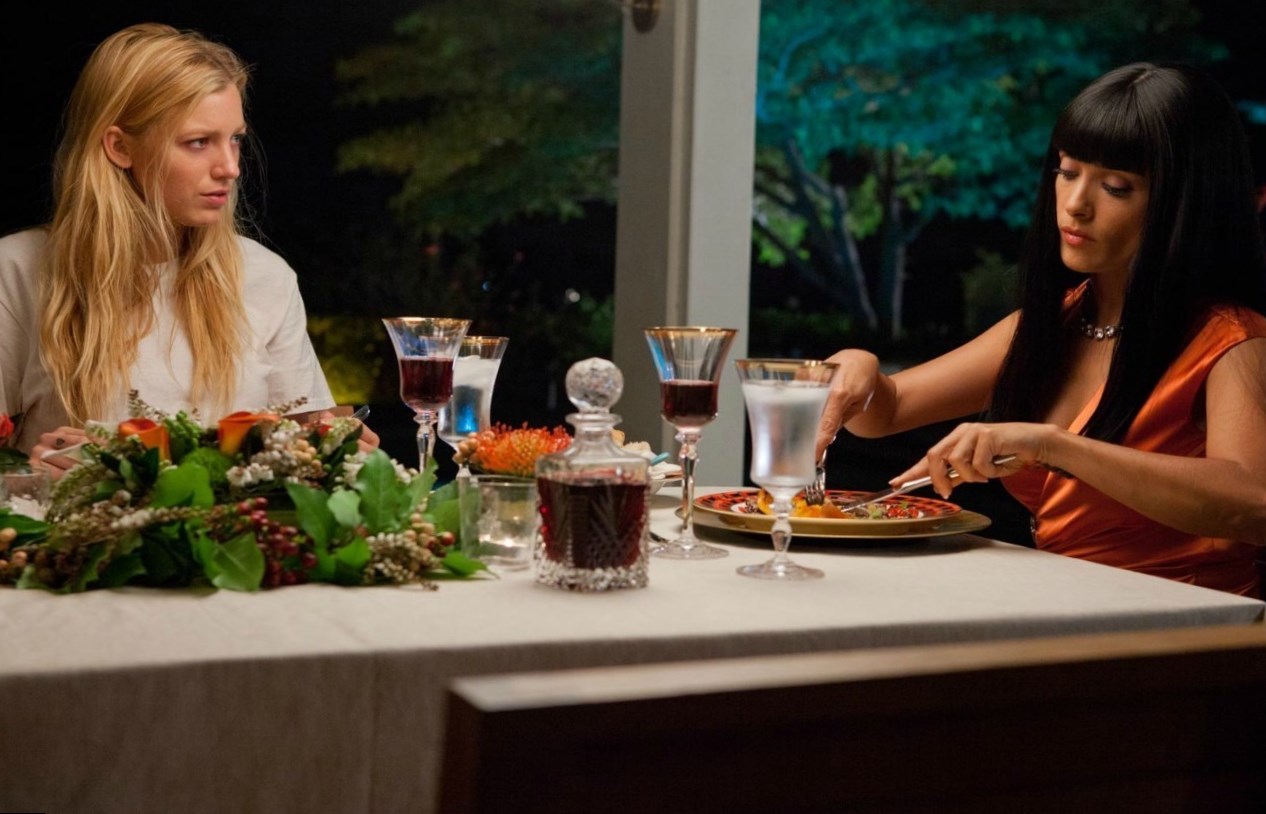 The role of Adaline Bowman, one hundred year old woman, who remained young in spite of her age, is probably the most interesting and unusual in Blake Lively filmography. Finally she got an opportunity to play the main female part. The role of Adaline was offered to another actress, Oscar winning Natalie Portman, but she refused to play it. Thus Blake Lively got her chance and used it. 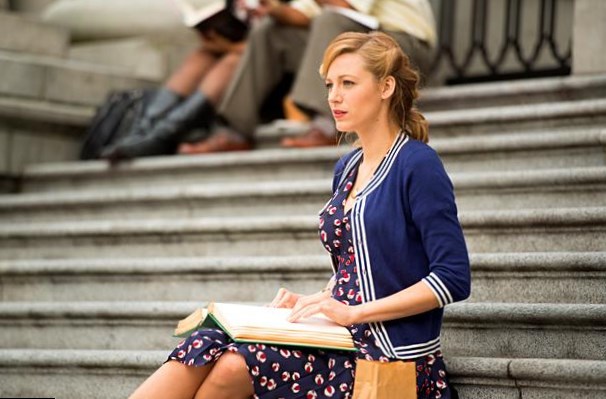 Blake Lively in ‘The Age of Adaline’

Blake Lively doesn’t consider herself as a star. She is extremely natural and modest in her casual life. But her films speak for themselves.