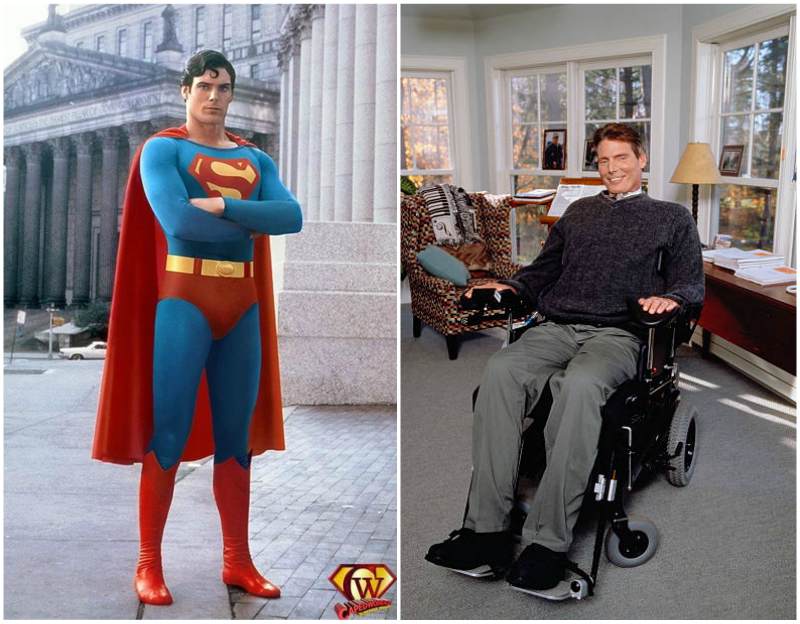 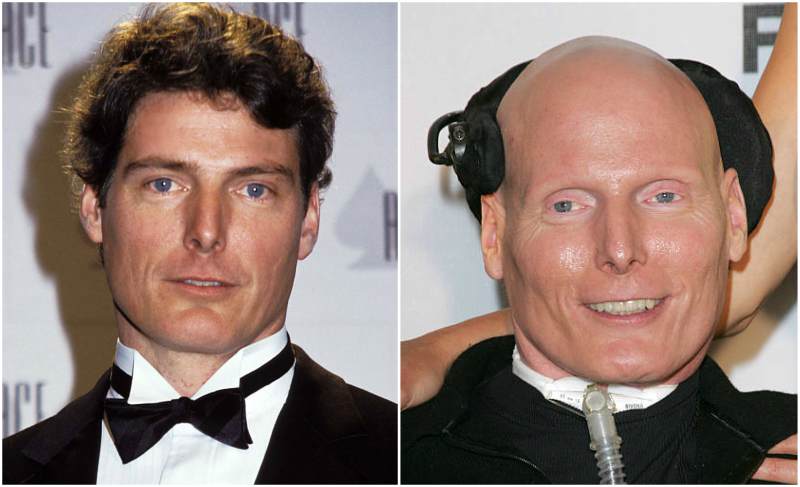 Christopher Reeve believed that he got the opportunity to play in Superman because he was very much like a comic book hero. He thought that was the main reason, while his performance was secondary. Bu we can’t agree with this.

The film Superman had been filming for 18 months, mostly in England, where Reeve met Gay Extstone, whom he later married. In order to know his role well and to be completely ready, Christopher Reeve had a three-hour training every day.That time he gained weight from 84 to 98 kilos.

During the shoots, he never used the services of the understudy and performed all the complex tricks on his own. The film brought Christopher Reeve world fame. What is more, he starred in three more films about Superman: Superman -2 (1980), Superman-3 (1983) and Superman-4 (1987).

Of course, in comparison to our modern Supermen, Christopher Reeve doesn’t look so ripped, pumped and big, but for his time he was a real embodiment of a superhero.

Actually, before the filming, the directors and producers faced a big challenge. They couldn’t find anyone who could both play the role and look like a superhero. Luckily, they found Christopher Reeve.

The directors offered Reeve a suit that could imitate the muscles, but the actor refused. He convinced everyone that within 10 weeks he would manage to gain necessary look. And he kept his promise!

His training system included running session in the morning, resistance training for 2 hours, and 1,5 hours of trampoline exercises. Even well-trained modern sportsman can hardly stand such exhausting workout. But the main goal was to make the body struggle and overcome its own limits. Only following such strategy the muscles could grow.

In addition, it’s obvious that the actor followed high-protein diet plan. He used to eat 4 main meals a day that had high intake of protein, so that the muscles had some food for growth.