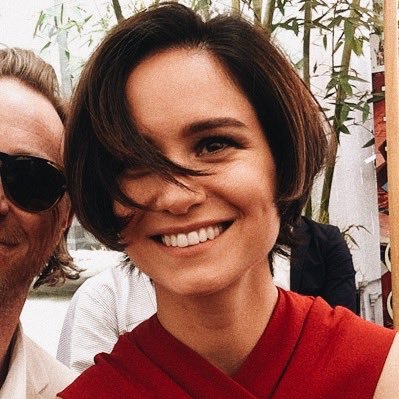 
Spending childhood in the entertainment industry atmosphere, Katherine was doomed to success. She initiated her path with theatre before first appearing on television in Americana pilot. In 2012-2013, she served as a cast member of Boardwalk Empire series.

However, Waterston reached worldwide fame thanks to big screen credits. While her debut work was Michael Clayton (2007), she made a breakthrough with Inherent Vice in 2014 and turned into an international star. Among the celebrity’s other successful films are Fantastic Beasts and Where to Find Them, Alien: Covenant, Logan Lucky plus State Like Sleep.

Though Katherine could hardly be called a fitness enthusiast, she seems to be in great shape. Moreover, she needed to gain some muscles prior to starring in Alien as the part was rather physically exhaustive demanding her to carry heavy packs plus heavy guns.

Being recognized for a towering height, Kat is proud of her body though she loves experimenting with hair. Her fans saw the star with gorgeous long and shoulder-length hair as well as with a daring pixie.