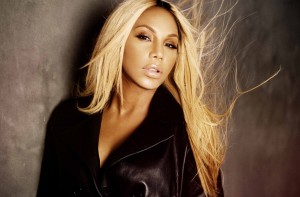 Tamar Braxton was born on March 17 1977 in the family of a pastor and an Opera singer. She is the youngest of 5 daughters of the couple. Being still a baby, Tamar, along with her sisters began to show extraordinary interest in music, which eventually led the family in the Church choir, a place from which a career of almost every black American singer starts. It was the place where they were noticed by influential people who had connections in the music industry. Thus, Tamar signed a contract for the recording of the debut album at the age of 12. However, started so good the history of the group the Braxtons, where Tamar took part, suddenly darkened with a few failures, rapidly struck the heads of young girls. Their debut single barely made into the hot hundred of American singles chart and just as quickly disappeared.

10 years later, in early 2011 all America spoke again about the Braxton sisters but this time, not as singers, but as characters in their own reality show “Braxton. Family Values”. Handing out interviews Tamar studiously avoided the topic of her failed musical career, focusing on the future of television.

What a surprise was a hit, so suddenly Tamar released in late 2012. After twelve years break, Tamar Braxton, which is the youngest of the Braxton sisters is back on the music scene.
The song “The One” is the official second single from the new, third Studio album of the singer “Love and War”, which is scheduled for release on 23 July 2013 under the label Epic Records.

The star of TV series “Braxton Family Values” Tamar Braxton has gained popularity among the audience, speaking frankly about her life. The youngest daughter in the family and the sister of Toni Braxton recently gave an interview to the portal “BET”, where she shared her thoughts about life, love and plastics.
34-year-old Tamar Braxton was in her sister’s shadow, but she became a favorite among viewers after the series about the family of Braxton. Tamar openly admits that spends time on the recovery of plastic surgery procedures, for example, she openly admits rhinoplasty, saying that the operation has been perfectly corrected her appearance and she sees no reason to hide it.


Tamar Braxton’s photos Before & After

In an interview with “BET,” she was asked about the rumors of her plastic surgery. Tamara said that she just did her nose and her lips. She also added that she had a m 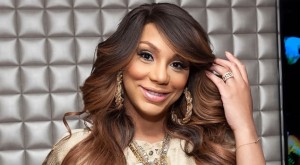 ore fair skin then other black girls, but she didn’t whiten it. Tamar Braxton confirmed that she wore wigs.
Tamar nose has a nice shape after the plastic, although some people see that it is a fake.
Plastic surgeon Dr. Michael Salzhauer said that Tamar Braxton had a very different expression on his face after rhinoplasty. In addition it helped her to reduce it a little in size. Tamar seemed to have spent some adjustments in the face. It was made by crazy looking cheek implants, browlift and removed the bags under the eyes. All these procedures have left her with a permanently surprised look on her face.