Barack Obama and all his family is a real dog lover. According to official figures, Portuguese water dog named Sunny was born in Michigan in June 2012 and arrived at its new home on August 19-th. 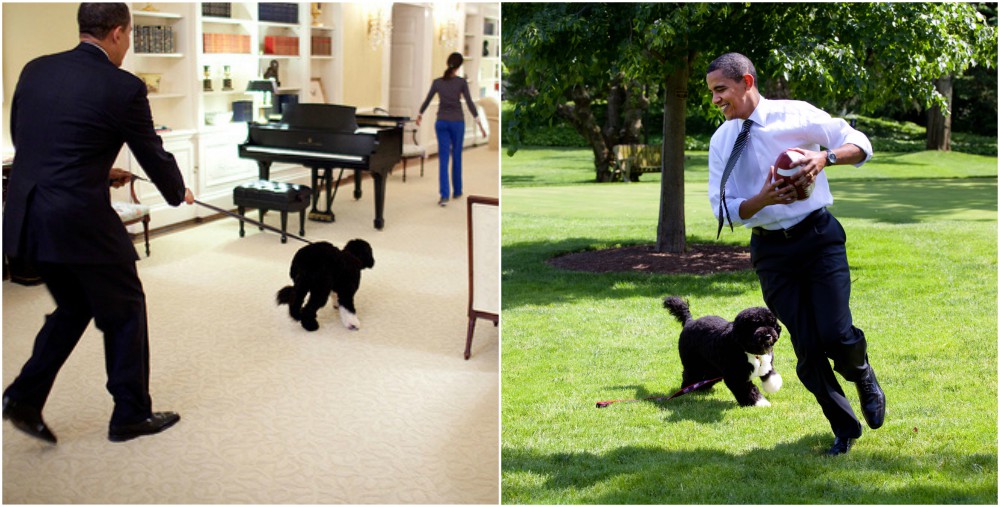 Sunny was taken to house specifically for Bo – the first four-legged president’s family pet who is also a Portuguese water dog.

Sunny is a wonderful little sister for Bo, she is very affectionate and full of energy. Sunny became a good friend of Bo and follows his footsteps. The dogs keep the president a decent company in the Oval Office.

According to Barack Obama’s environment, everyone hoped that Sunny would walk with the president and his family in the evenings after dinner. And even jump on the lap of the first lady. Actually, the dreams came true.

Sunny and Bo have become friends and get along well with each other that can’t but please the president family.

Bo came to the White House in 2009. He was presented the first family by Senator Ted Kennedy. During the presidential election, Barack Obama and his wife Michelle said that after the election they would give their daughters a new dog. They were not just talking about the fact that the dog should be taken from the shelter.

But their search was complicated by the fact that his daughter Malia was allergic to animal dander, so not every non-pedigreed dog appealed to them.

As far as Bo, it was thrown away by his first master at the age of 6 months, so in this sense, he appealed to them. In addition, this dog breed has hypoallergenic fur that actually decided the fate of Bo.

This puppy was advised by Senator Ted Kennedy, deceased in August 2009. Kennedy and his wife Victoria were personally engaged in this issue. Bo even lived with them for some time.

Portuguese water dog is a great companion: they are friendly, sociable, playful and perfect for families with children. So little Bo immediately became a favorite one of the presidential family.