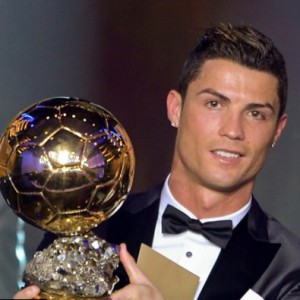 Hardly there is a person, who doesn’t know the name of a famous football player Cristiano Ronaldo. He is a famous Portuguese football player and plays for the Portugal National Team and for Spanish Club Real Madrid. He is deemed to be the most expensive soccer player.

Cristiano was born in Portugal in 1985 and he is the fourth child in the family. His full name is Cristiano Ronaldo dos Santos Aveiro. His parents gave their child a double name; his mother named him Cristiano a 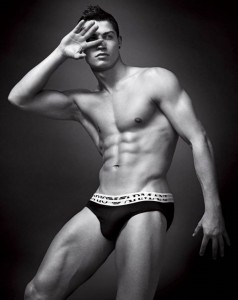 nd his father – Ronaldo (because he liked American president Ronald Reagan). In early childhood the boy liked to kick the ball. Though at school he wasn’t a good pupil but played football perfectly. His father noticed that Cristiano has a talent to football and at the age of eight the boy started playing for amateur team Andorinha. After his playing for amateur team the boy was invited to Arsenal’s training group. By the way his first goal was kicked at the age of sixteen!

Despite the fact that a young man is a perfect soccer player he is a lady’s man too. He is a handsome young and rich man and every woman wishes to have such a boyfriend! It is even difficult to count all the girlfriends of a young soccer player.

At the age of sixteen Cristiano started dating with Jordana Jardel, a Brasillian Model. She was introduced to Ronaldo by her brother, who also was a famous football player. But their relationship didn’t last long and after their breakup Jordana became more popular as Cristiano Ronaldo’s ex girlfriend. 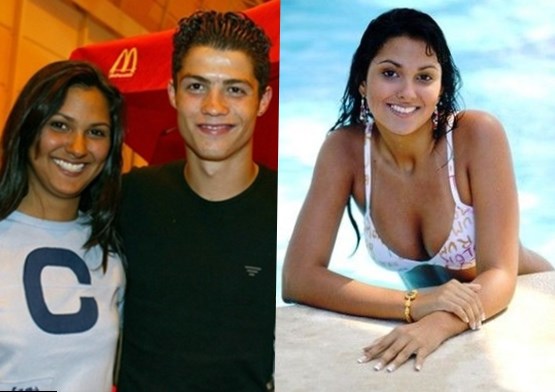 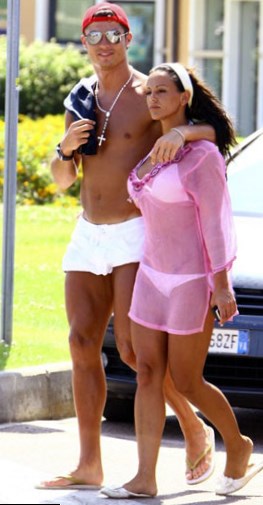 Later he also dated with Merche Romero, but the young man refused to confirm their relationship. She was nine years elder than Ronaldo. The couple was frequently noticed together but in 2006 Merche announced that they are not together any more.

During three years Cristiano dated with a famous model Karina Ferro. Such a long-term relationship helped Karina to gain popularity.

If to give credence to gossip, the relations between English actress and a model Gemma Atkinson and Cristiano were not so simple. They constantly broke up than started dating again. All her friends envied her relationship with a famous soccer player but still they also broke up. It was rumoured that the main reason of their break up was her cheating with the other soccer player.

The rumours concerning the relationship with Luciana Abreu constantly appeared and were disposed. She is a famous Portuguese singer and actress. They were frequently noticed together but their relations didn’t last very long.

For a short period of time Cristiano dated with Nereida Gallardo. They met each other in a night club. Their romance lasted only five months. For such a short period of time the girl started annoying him. Though, they introduced each other to their parents. But there is one more reason for break up. They say that Cristiano’s mother didn’t like the young woman and she supposed that Nereida was interested only in her son’s millions.

It is also rumoured that Cristiano dated with a famous actress Paris Hilton. They met each other in a nightclub where Ronaldo came to have a rest. After that evening the couple dated approximately for ten days. Then a lady’s man went to Spain. Ronaldo is not such a person who likes to keep long distance relationship. 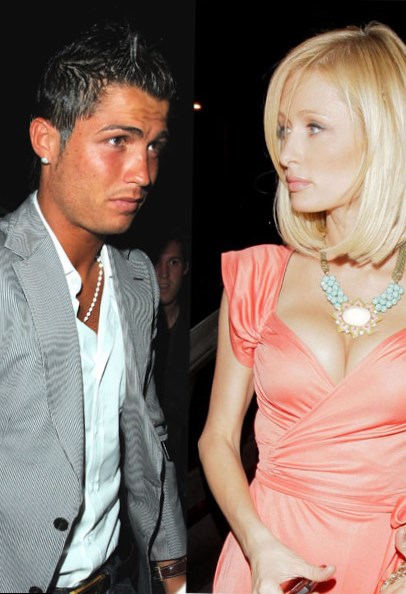 In January 2010 Cristiano acquainted with a Russian model Irina Shayk. No one knows the exact date of their acquaintance but it is rumoured that the couple acquainted during the shooting for Armani advertisement. Speaking about Cristiano’s girlfriends it must be said that relationship with Irina Shayk was the longest. He even presented her a villa in Madrid, which costs approximately 7 million dollars. But at the beginning of 2015 the couple announced their break up. No one knows the exact reason of such a break in relationships but it is rumoured that it happened because of Ronaldo’s mother, who didn’t like yet another girlfriend of her adorable son. Later in the interviews Irina confessed that she felt uncomfortable while living with Ronaldo.