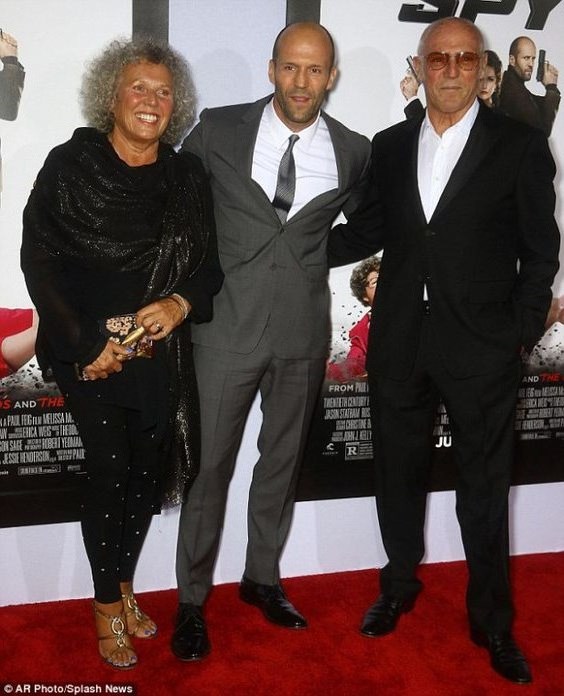 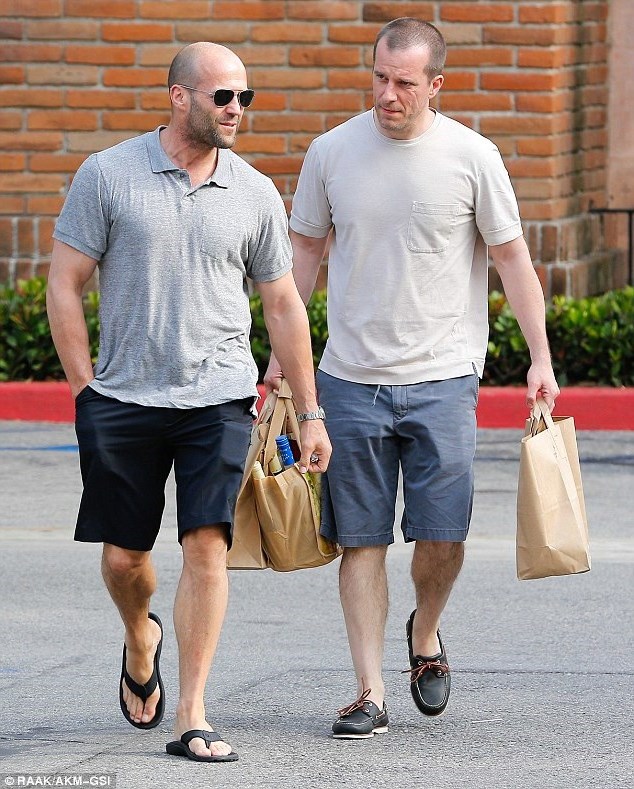 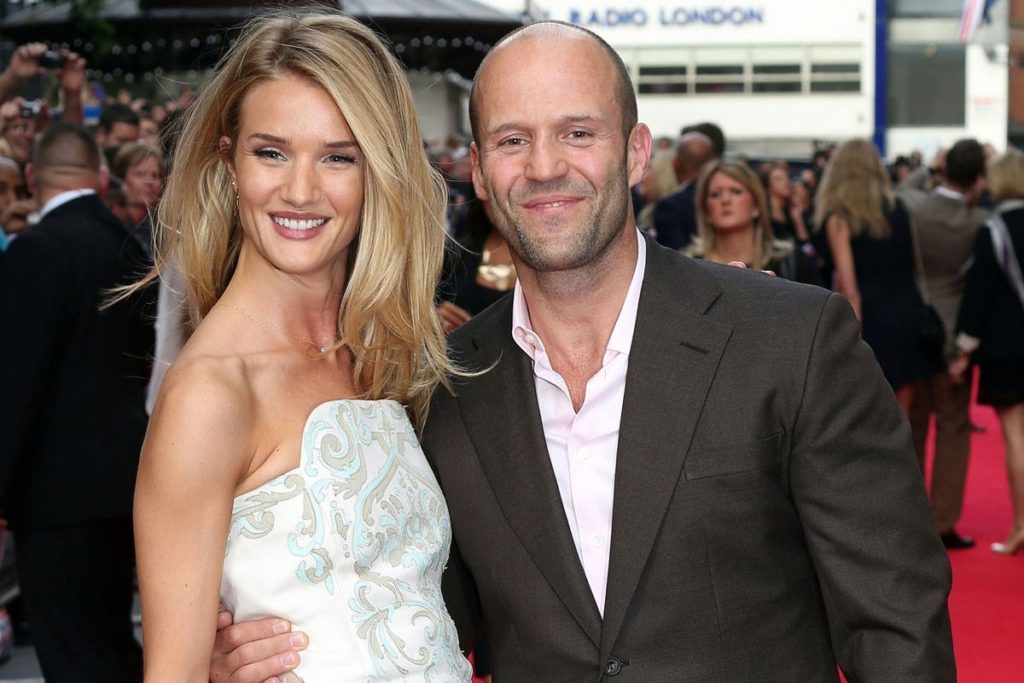 Jason Statham is known mostly as an action movie hero, who is nicknamed by his fans The Stath or Stat. Jason is in great physical shape and although he is not so young already, he looks much better than some of his younger colleagues. The star couldn’t have developed his physical and mental abilities without help and inspiration he got from his parents’ family.


Stat ‘s parents both were close to art. His mother, Eileen, earned her living as a dancer and father Barry used to be a lounge singer. When Barry got married and welcomed his first son – Jason’s elder brother – Lee, he understood he must choose another profession to provide his wife and children for everything necessary. Barry found a job of the salesman, but music remained his passion for long. Jason Statham likes to recollect in his mind family concerts, when his father was singing, his elder brother Lee played the guitar and Stat was a drummer. Jason’s parents supported their son’s passion to martial arts and diving. Stat’s great physical shape helped him to become successful as the action movie star. Jason Statham hopes that he will become supportive to his future children just like his parents used to be. Jason Statham plans to become a father are getting clearer. In 2016 he got engaged to his girlfriend, a model and occasional actress Rosie Huntington-Whiteley. 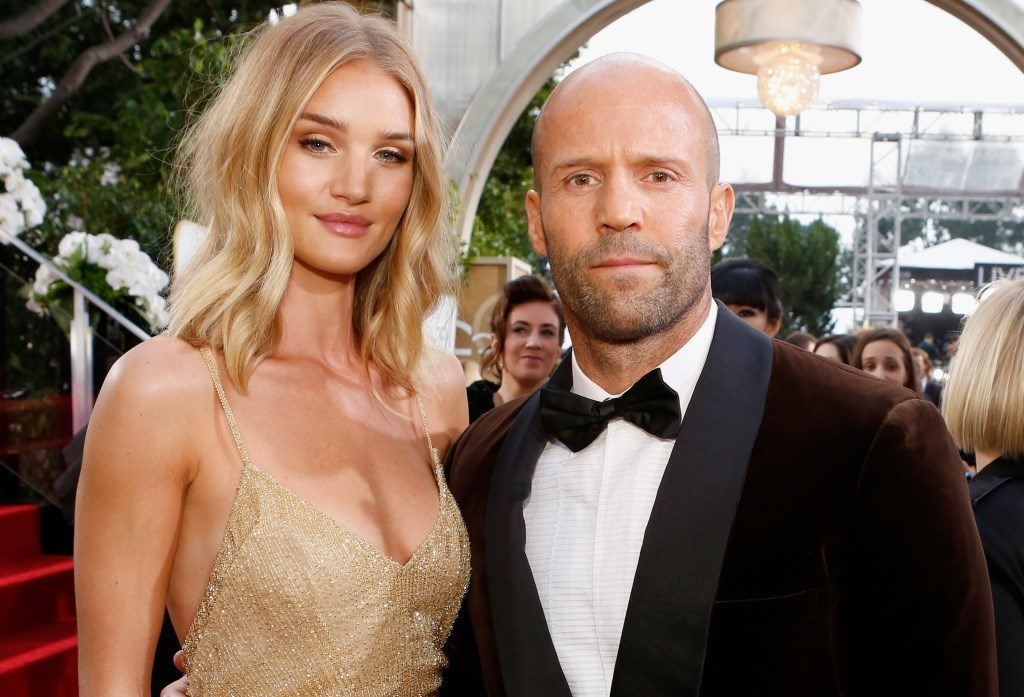 Jason Statham is a strong and very attractive man, but he can’t be called a Hollywood heartthrob, because his dating history is extremely short. In 2011 he started dating the young model Rosie Huntington-Whiteley, which is 20 years his younger. Their couple was quite contradictory, that’s why most of his fans were sure, that they would split soon. Rosie is higher than her loved one, she is much younger and their family background is absolutely different. If Jason comes from a working class family, his loved one has aristocratic roots. At the same time, Jason is an internationally popular A list star and Rosie is just going to become a professional actress and her first screen works were mostly criticized by critics.

In spite of their age and social difference, Rosie and Jason got engaged on the 10th of January, 2016. They are shining and look extremely happy. When Jason was asked, what secret of their happiness is, he answered, “We just get drunk and float around the swimming pool!” 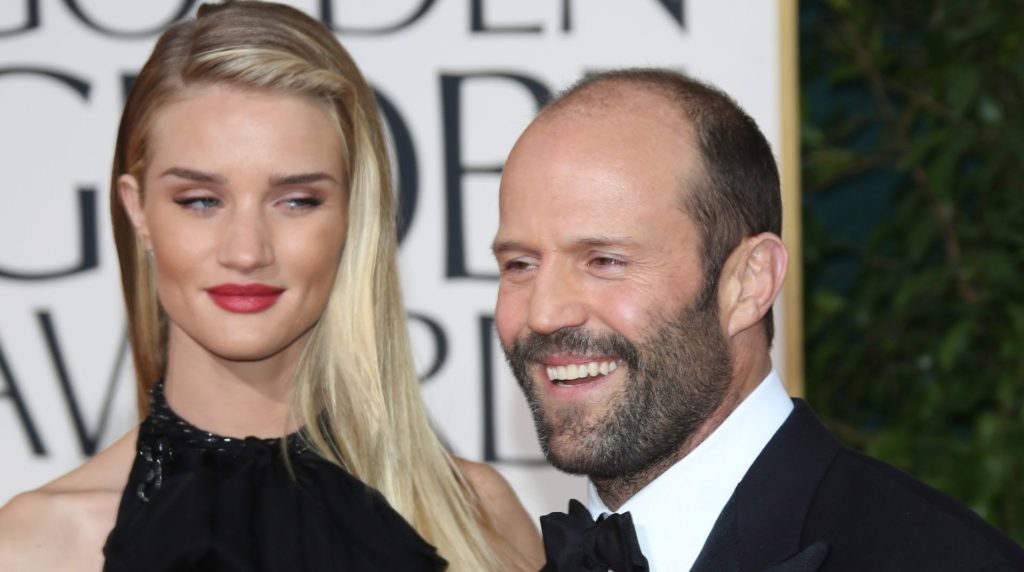 On June 24, 2017 Jason and Rosie became a parents of a son Jack Oscar Statham.