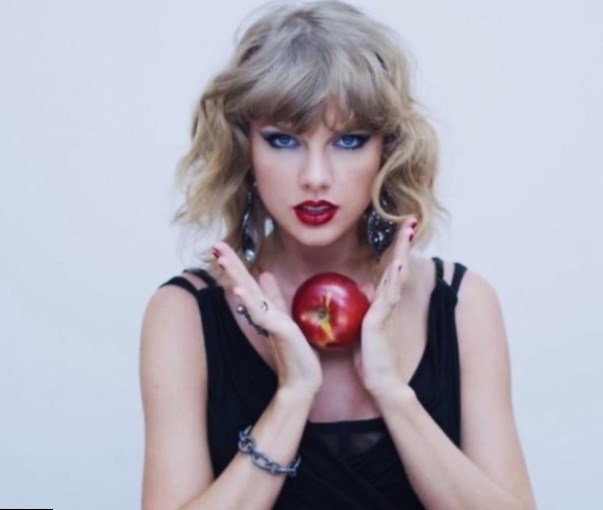 1. Taylor Swift hair from the very beginning was thick soft and blond. For some people it takes the whole life to find the best hairstyles, but not for Taylor Swift. It seems that she found her ideal hairdo, being a school pupil. She wore long blond locks and looked perfect. Taylor Swift natural hair is blond. So don’t believe, when you hear that Taylor Swift blonde hair color is not real. She was blond in her early years. 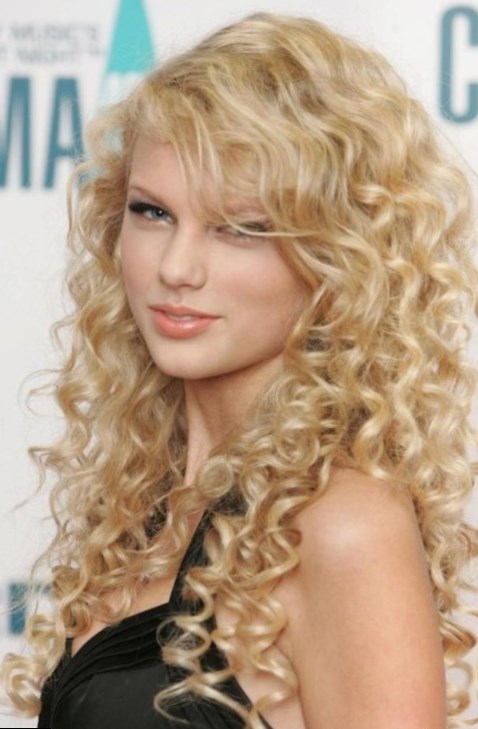 2. In 2006 Taylor Swift recorded her first album of the same name. On the 10th of April, 2006 she visited CMT Music Awards. Then seventeen year old star chose blond color for her hairdo. She made wild curls. Taylor Swift curls were her calling card during that period. She was still a teenager and she was looking for the ways to express herself. She had no bangs. Taylor Swift fringe appeared much later. 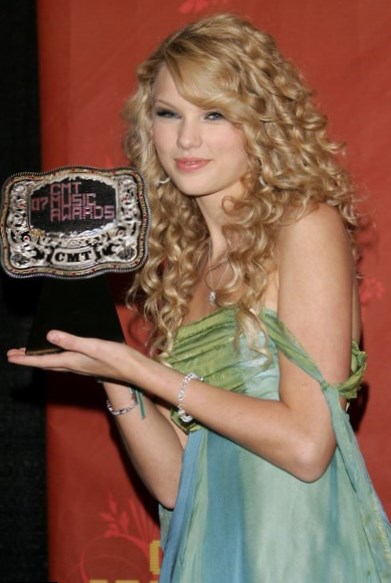 3. Long blond curls, probably, seemed extremely elegant to Taylor, because she hadn’t changed that style for long. She had just experimented with the length and tint of blond. Probably, her hairstyle bored the star to death. She changed her look slightly. In 2007 the star got Country Music Award. Taylor created an unusual hairdo for the ceremony. She wore an updo with the side fringe. Taylor Swift hair color was platinum blond then. 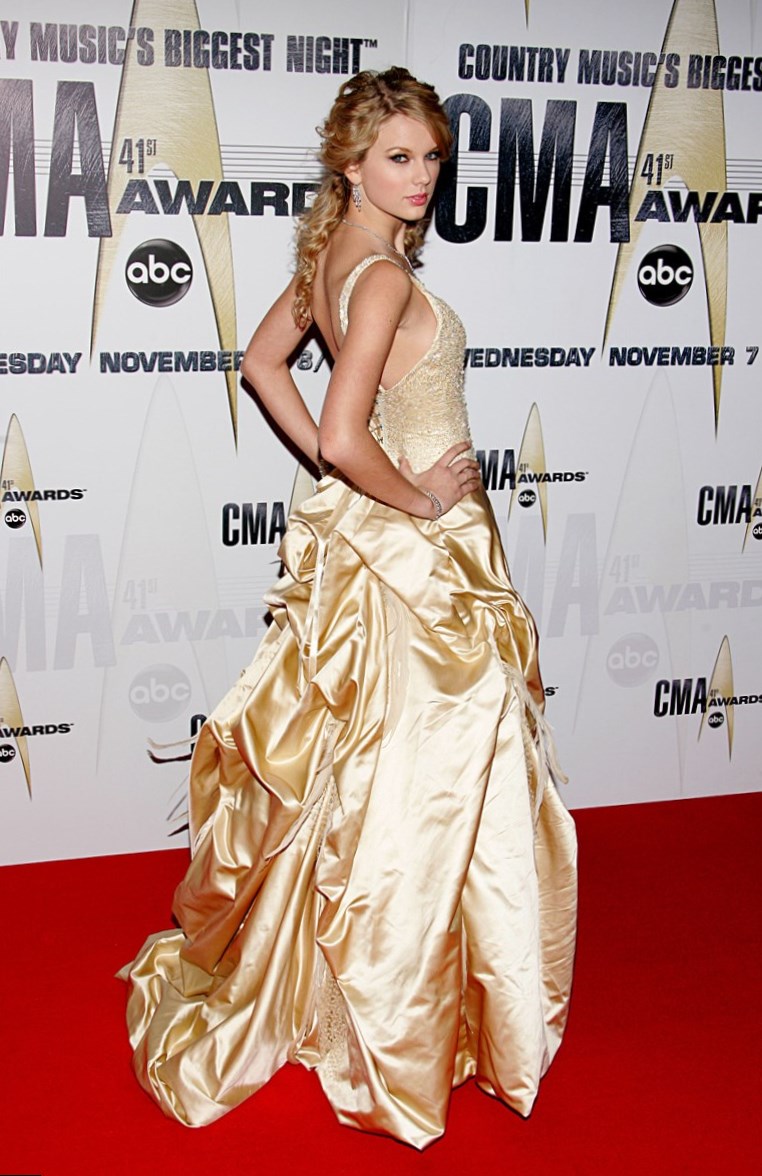 4. In April, 2008 Taylor Swift got another nomination, named Young Hollywood Award. She won it and appeared at the ceremony to get it. At first sight it was noticeable that Taylor has turned from a young star into an adult person, who chose the image of the real lady. Taylor Swift side pony looked so elegant and attractive at the same time. And of course, she curled the ends of her hair. 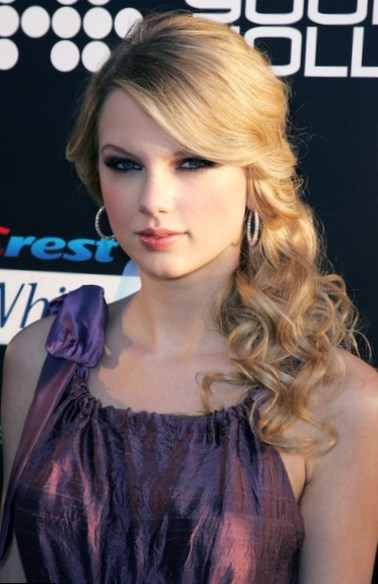 5. If in 2009 the hairstyle of Taylor Swift remained almost unchanged, in 2010 she made first radical changes. The star attended CMT Music Awards with Taylor Swift straight hair. It was the first time, when the star appeared without her curls. Taylor Swift new hair caught public attention. 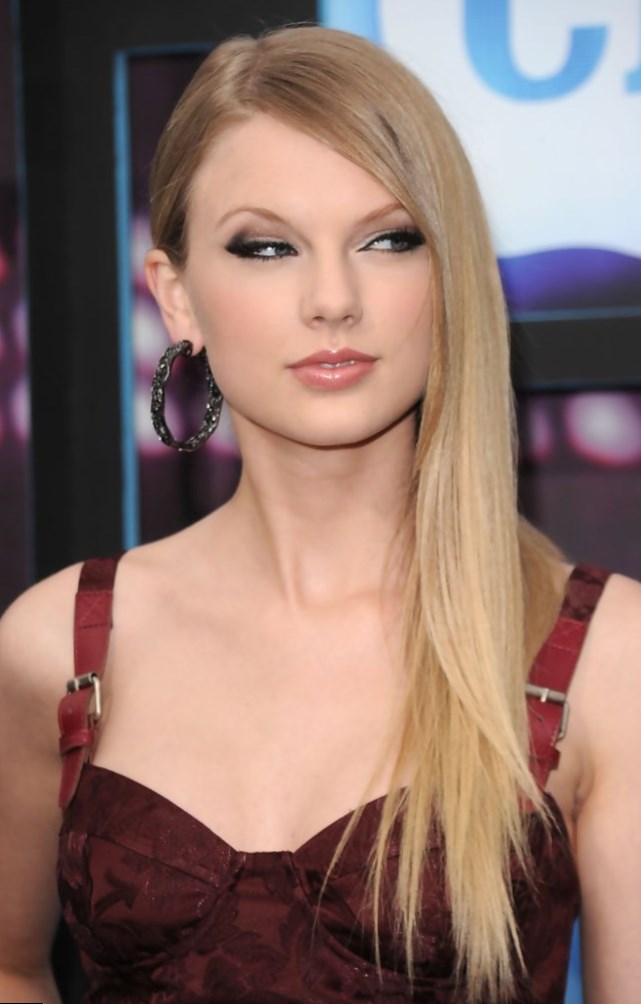 6. In 2011 at Vanity Fair Oscar party Taylor Swift tried the image of retro lady for the first time. Earlier that year the star hesitated between the idea to leave her curls unchanged and the other idea to make her hair straight. The singer and actress wore different hair style at that period. Sometimes her hair was curly. During other events her hair was straight and she had bangs. But at Vanity Fair party the fans could see Taylor Swift brown hair. The star created an image of diva Grace Kelly. She wore elegant curly hairdo, red lipstick and big cat eyes. And she looked perfect, no doubt! 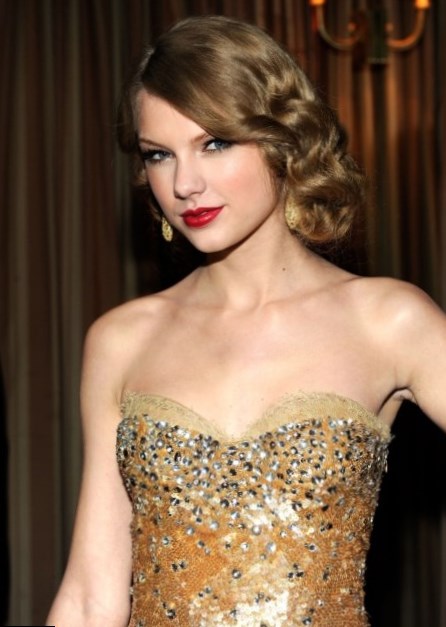 7. At MTV Video Music Award in 2012 the fans finally could see Taylor Swift in her first class elegant look. She became the highest paid singer in the world, got numerous music awards, changed a lot of men and participated in biography movie. She proved that she became a real Hollywood star and her appearance was the reflection of her inner feeling. Taylor Swift wore long straight hair with a straight simple fringe. She looked perfect! 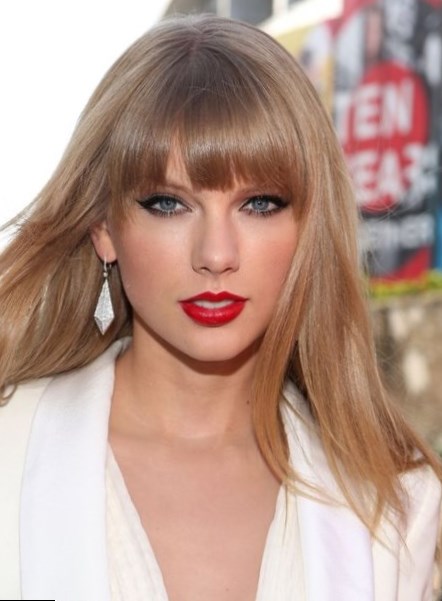 8. Taylor Swift haircut 2013 was a cascade of middle length. In 2013 Taylor Swift made experiments with her look. She changed hairdos and slightly changed the hair color. The fans could see her, being blond or light brown. Taylor Swift side braid she made for Grammy Award 2013 refreshed her image, but some of her fans considered it as dull. That very year at Met Gala 2013 fans admired Taylor Swift updo. She looked so fragile and elegant. It is one of her best beauty looks. 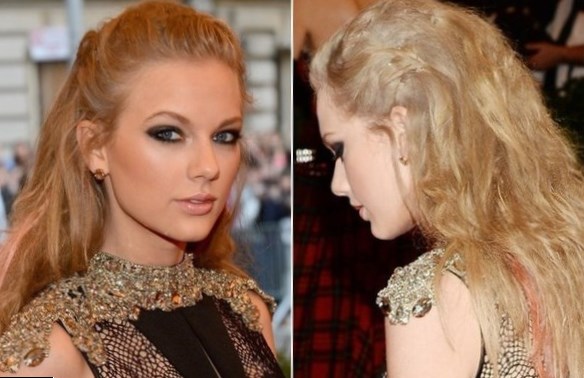 9. Taylor Swift haircut 2014 became a great surprise for her fans. She made it unexpectedly. Taylor Swift hair 2014 was long and the star decided to make a haircut just after her concert in February in London. Taylor Swift bob became extremely popular as it made the star look so elegant! That year she wore bob with slightly variations. She made curls or did a volumetric styling. Sometimes she made a ponytail. The star liked her new hair look and fashion critics also agreed that the singer Taylor Swift made the right choice. 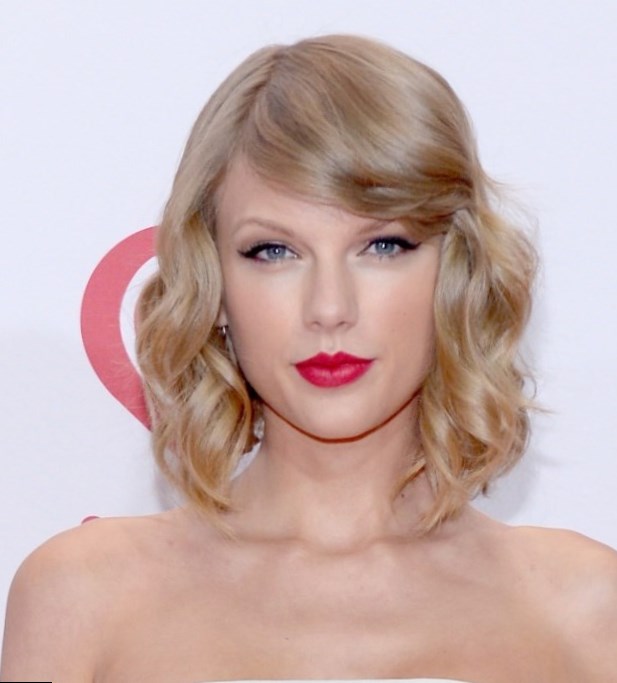 10. In 2015 Taylor Swift long bob remained her visiting card. Probably, Taylor Swift will change her hair numerous times in 2016. But now she seems to remain the fan of bob haircut. Her hair looked perfect at Vanity Fair Oscar party. She chose the light brown color this time and her hair was completely straight. 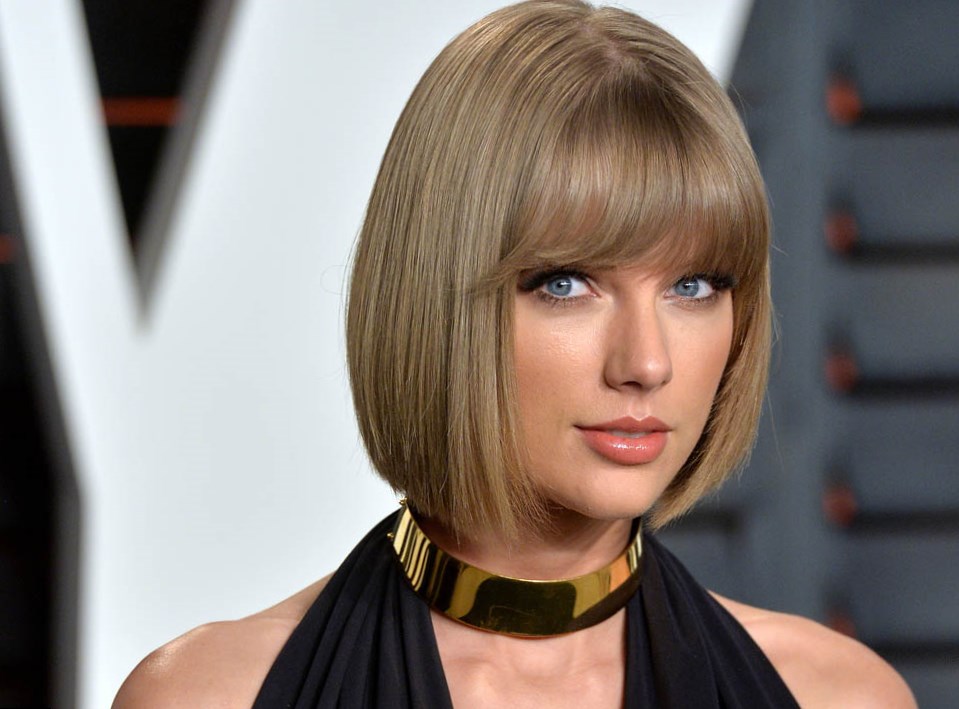 According to the comments of her fans, the latest variant of Taylor’s haircut is the best. They like Golden Girl Taylor Swift and think that finally she has found her best hairstyle. But the stars always ready to change, don’t they?