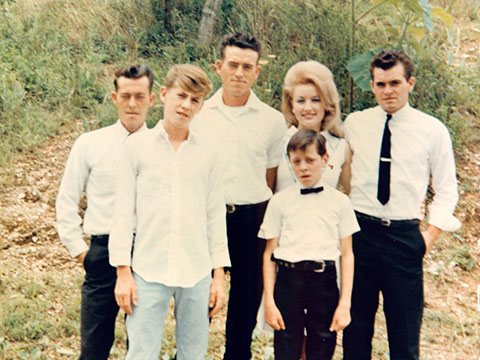 Dolly Parton and her brothers 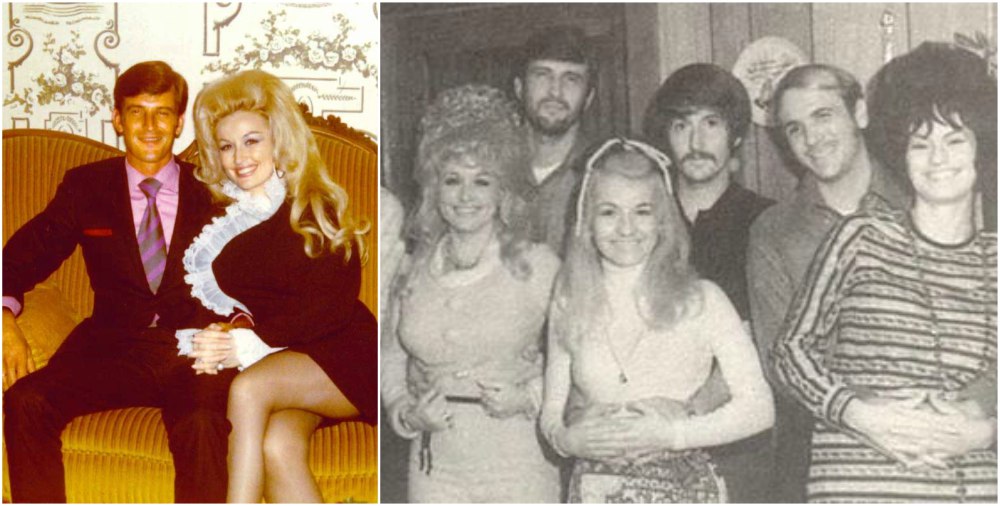 none, she had a hysterectomy at the age of 38

Dolly Parton was born in January 1946 in Tennessee, the  USA. She is the woman who has gone all the way up from rags to riches to became nowadays an idol for plenty of Americans. She is known as the fabulous singer-songwriter of more than 100 singles and 45 music videos. Besides that she is a great record producer, gorgeous artist, author and businesswoman. 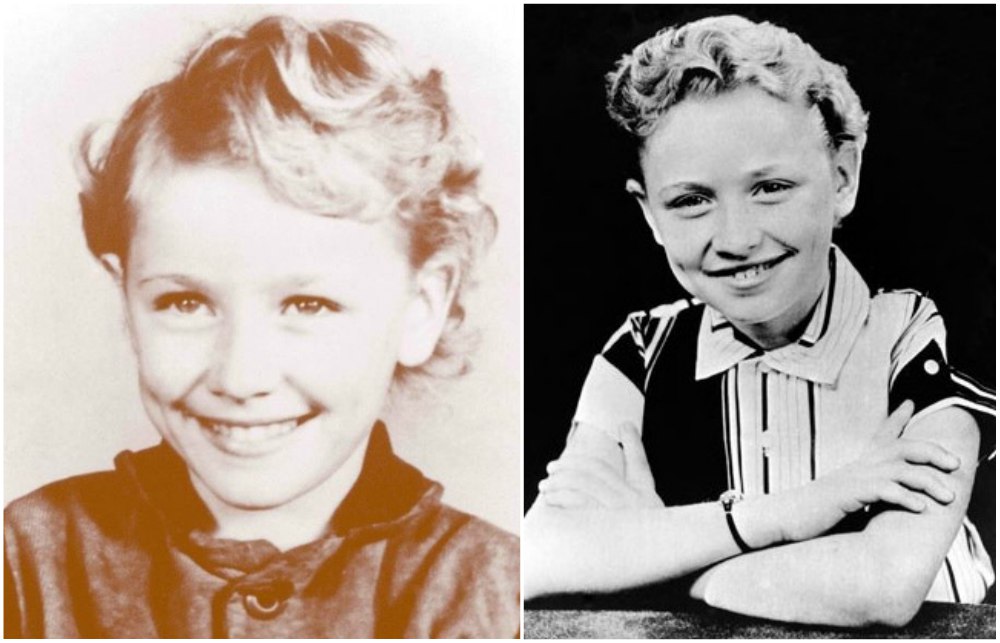 She had really difficult childhood. One can imagine how hard it is to grow up in the family of 12 siblings.

The family was really poor. Her father was working on the other person’s land in return for some of the crop.  At the age of five Dolly’s family moved to their own house.

However,  it was in a really dilapidated condition. They had neither electricity nor gas there.  Their beds were made of straw,  but Dolly did not mind. She said that the rustling sound of sleeping on them reminded her of the melody of the rain.

Dolly has been a very musical person and enjoyed performing since her early childhood. She did not care who where the listener’s of her childish guitar playing: her brothers and sisters or the domestic animals that lived on the farm.

Actually all their family played music and sang in Pentacostal church where their grandfather worked as a preacher.

The first person who saw the great talent in little Dolly was her uncle Billy Earl Owens. He was the first person who was developing her musical taste, taught her how to play the guitar and write songs. He was the one who helped her to make her first steps on the professional stage by organizing her appearance on the show in Knoxville at the age of ten. That was the time when Dolly understood what she wanted to do for the rest of her life.

Dolly was very close to her father and mother and very thankful for all they did for her.

Avie Lee Parton was the woman who everyone in their big family adored. She was a daughter of the preacher and knew how to enjoy everything good that life could give. Raising a family of twelve people was not an easy thing but she managed to show her love to each of them. 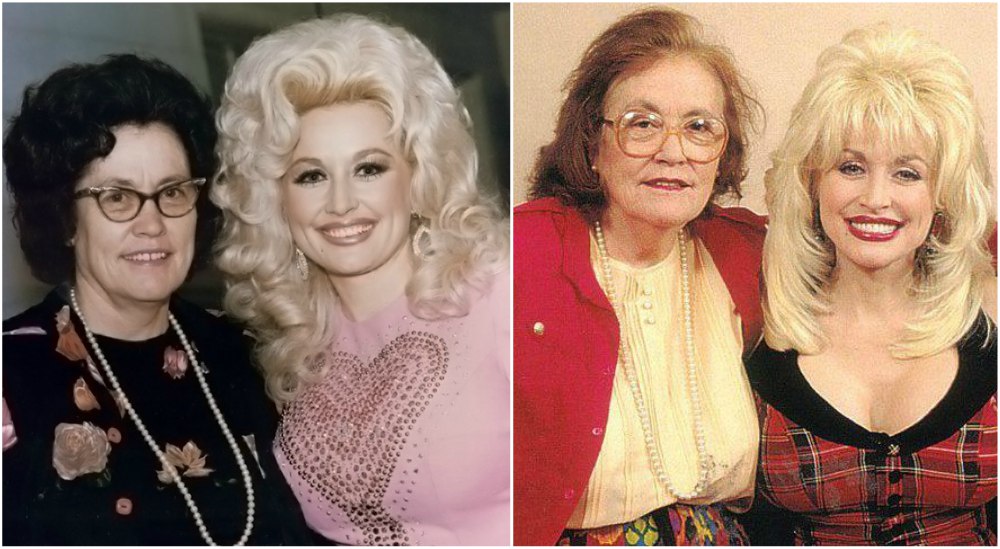 Dolly and her mom

They used to have a very cute tradition where she asked her kids to find the best stone for her “stone soup” for dinner and when kids returned home with their treasures she praised especially that child who needed care and attention most of all at that time.  Her mother was the author of her very first song “Little Tiny Tasseltop”. It is a song about a corn cob doll that the girl liked playing with, while sitting on the front porch of their little farm house.

One more song that is connected to this remarkable woman in the singer’s life is “The Coat of many colors”. It is about a winter outfit that her mum sewed for her with a number of small scraps of fabric. Dolly confessed that it was not just a coat for her but philosophy of her life.   It symbolized that we should see the value in everything that we have regardless of how little it is.

Her father Robert Lee Parton was an increadibly hardworking person who did his best to raise his big family of 12 kids. Dolly liked spending time with his father.  She even had a song where she called herself a “A father’s daughter”. 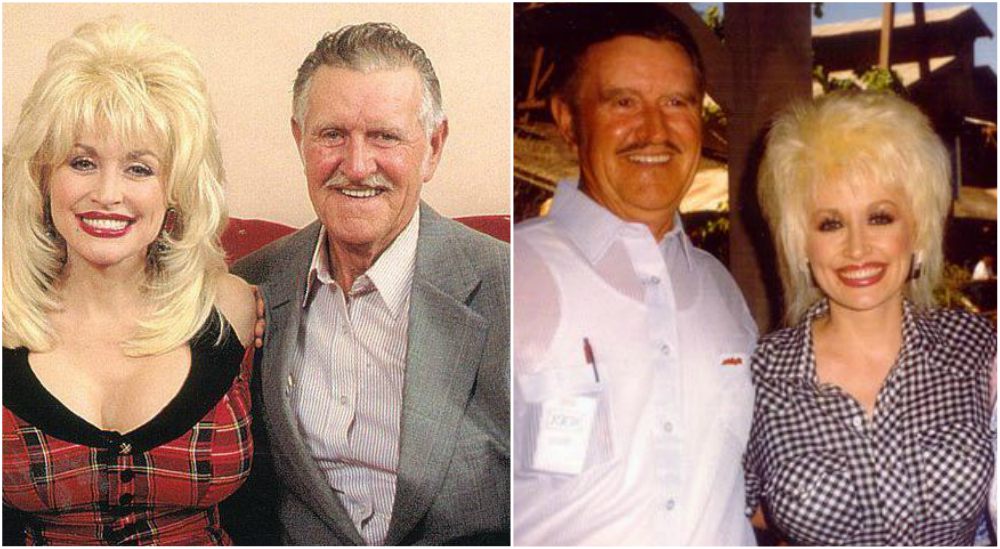 Dolly with her father

When Dolly grew up and made a fortune with her incredible songs she bought his father a blue truck which he valued a lot and would never agree to exchange for anything else.

When Dolly was just 18 years old she met the love of her life Carl Thomas Dean. It was in a rather usual place- Nashville’s Wish Washy Laundromat. They dated for two years and then secretly got married at the Baptist church. Dolly thought that her image of being single would help her to become more popular and only one year later they officially announced about it. 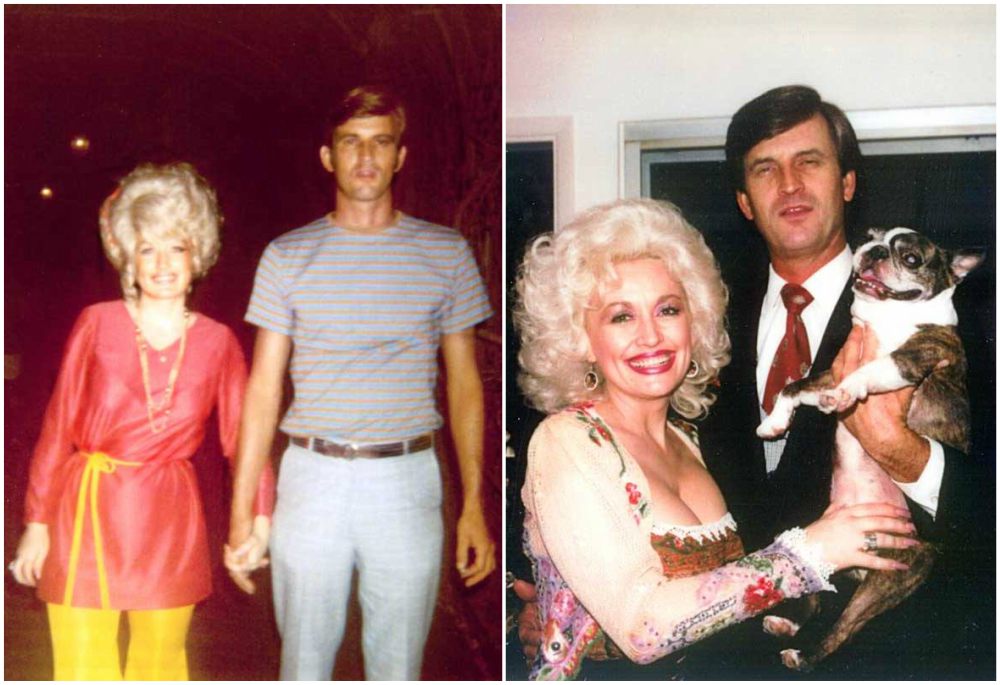 She would never believe back then in time that their happy marriage would be able to last for more than 50 years.

She says that he is a complete opposite to her. He likes solitude and is a kind of introvert person. Dolly finds her husband the funniest and wittiest person in the world. Dolly knows that she can always rely on him.

He does not like the publicity. He rarely visits her performances. He believes that when her wife would see him sitting on the first raw she would be confused and make mistakes.  However, they get on really well. The couple owns an RV and like driving it from time to time. It helps them to enjoy the  simple life which is off the eyes of paparazzi and other people that might recognize them.


Her husband has had his own asphalt-laying company in Nashville since 1977. They are the owners of a huge 23-room house outside of this city. Dolly has very warm relationship with his family. She regards his mother as her best friend.

They do not have own children but the couple is happy to spend time with their nieces, nephews and their children. She calls them her grand-kids and they treat their star relative as a Fairy Godmother. They call her “GeeGee” that stands for a “great-grandmother”

One more famous singer in the Parton family is her 4 years younger sister Stella Parton. She can boast nowadays with 31 recorded albums of her songs and 50 years experience in music industry. 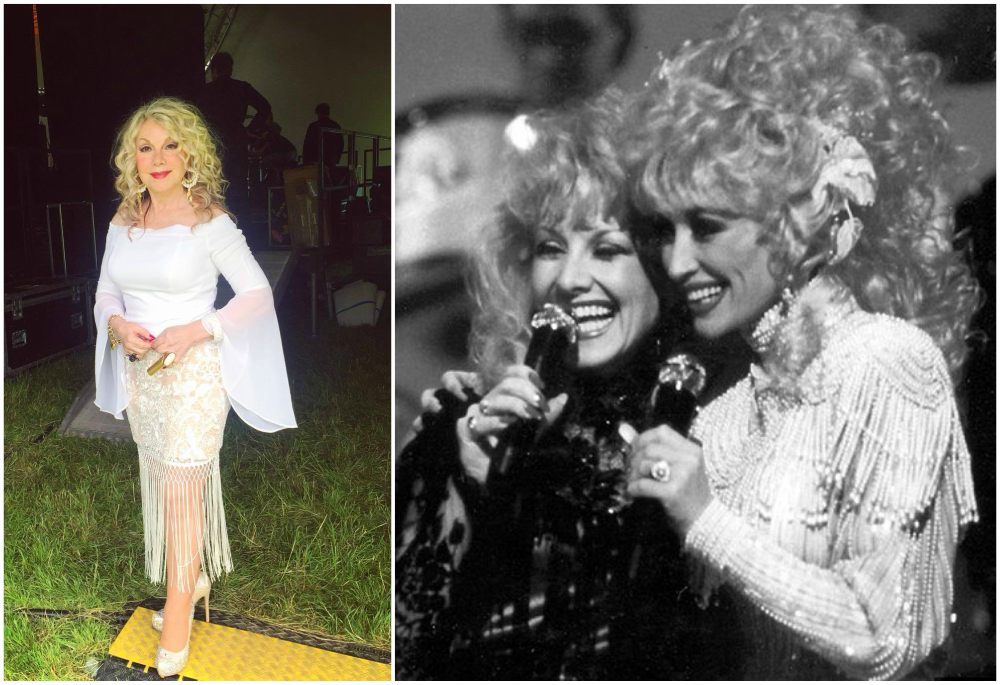 However, it was not easy to have her singing career while having such a star in the face of her sibling.  Stella got married at the age of 17  two years later she gave birth to son Tim and at the age of 21 she was already divorced.

She had to work hard to raise her son. Stella worked at the beauty salon and even cleaned at her sister’s house for 30 pounds per week but her dream was to become a singer as well. So, when she came up to her uncle with the suggestion to help her in this career too he rather strictly refused to do it. He thought that having one more singing member of Parton family would be a threat to Dolly’s career.  And at the beginning even her older sister was against it and asked to change her last name. The girls get on really well nowadays but then Stella felt really offended.

Unlike her sister, she was not lucky in her love life. One of the guys who she dated was really cruel and abusive to her. He told her that he would kill her if she decided to leave him and threatened to kidnap her son.  Nowadays sisters rather often tour together and Stella sings some of Dolly’s songs.  They are happy to be together.

Rachel Parton the youngest of the siblings was also in “the family business”. While being in in her teens she decided to leave school and tour with her family around the country. 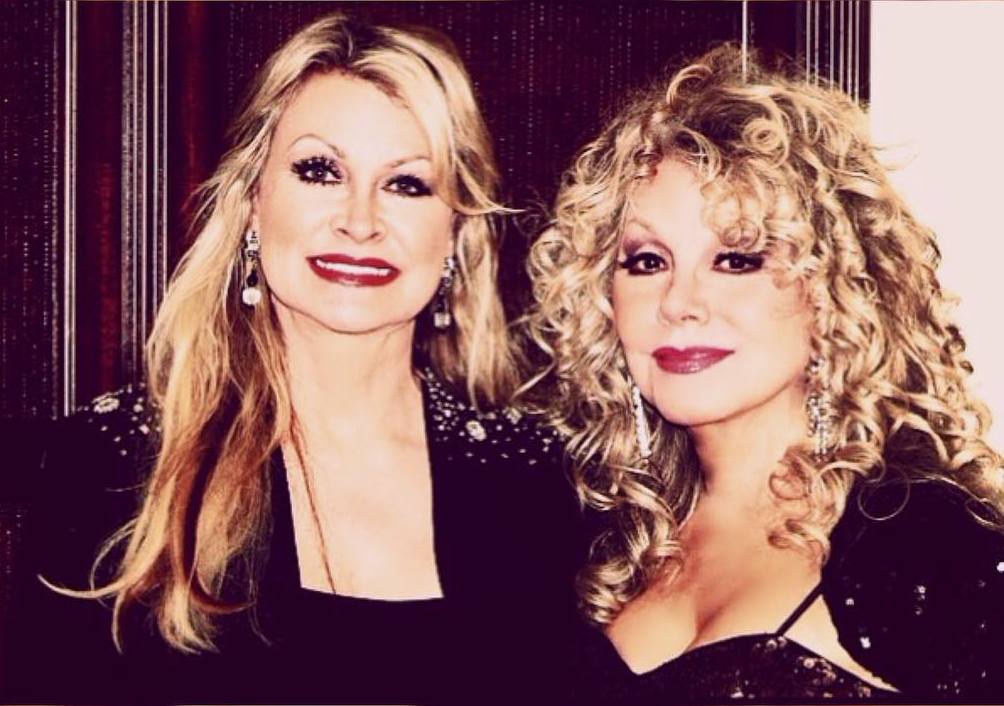 She was rather good at doing make-up and occasionally helped her elder sisters with it.  When Rachel was fifteen she had her first performance on the stage where she sang her first solo. She met her husband, the pianist Richard Dennison, then  and three years later they got married.  Also she took part in the ABC television sitcom.  She retired in 1999. 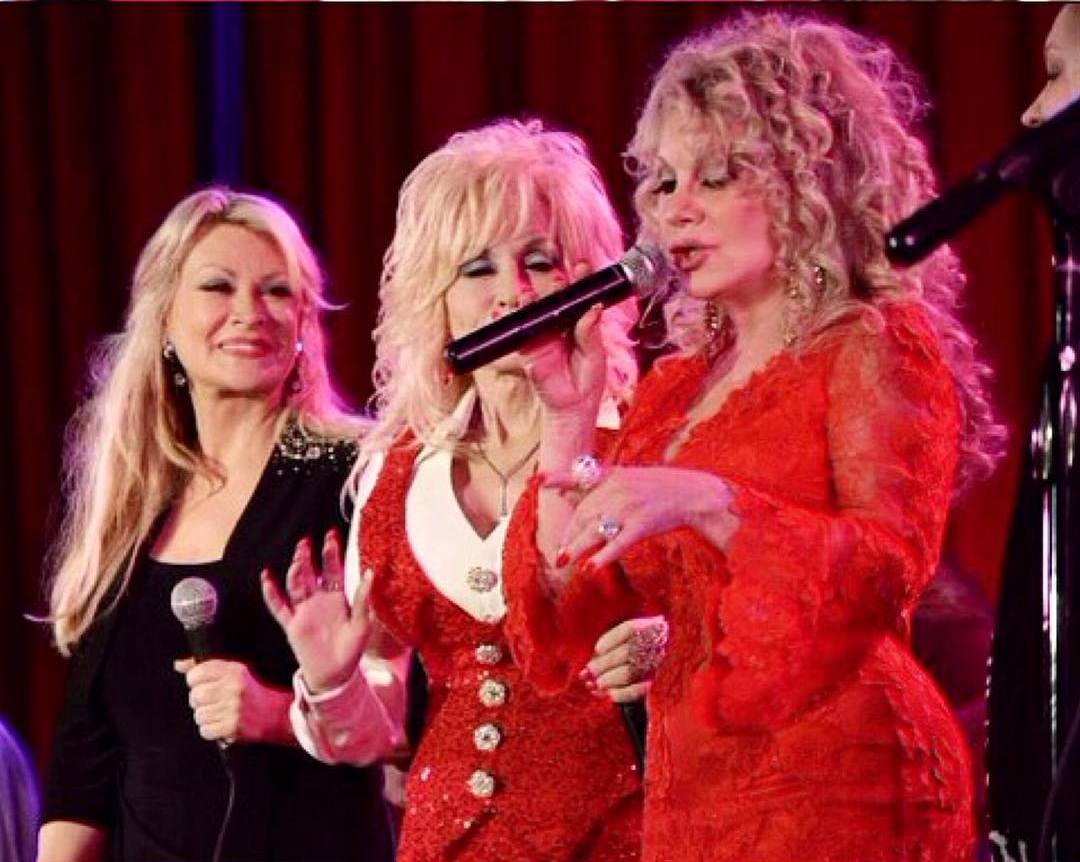 From left to right: Rachel, Dolly and Stella

Dolly’s other siblings are also really famous. Her brother Willadeene Parton became a poet and the author of books such as Smoky Mountain Memories. 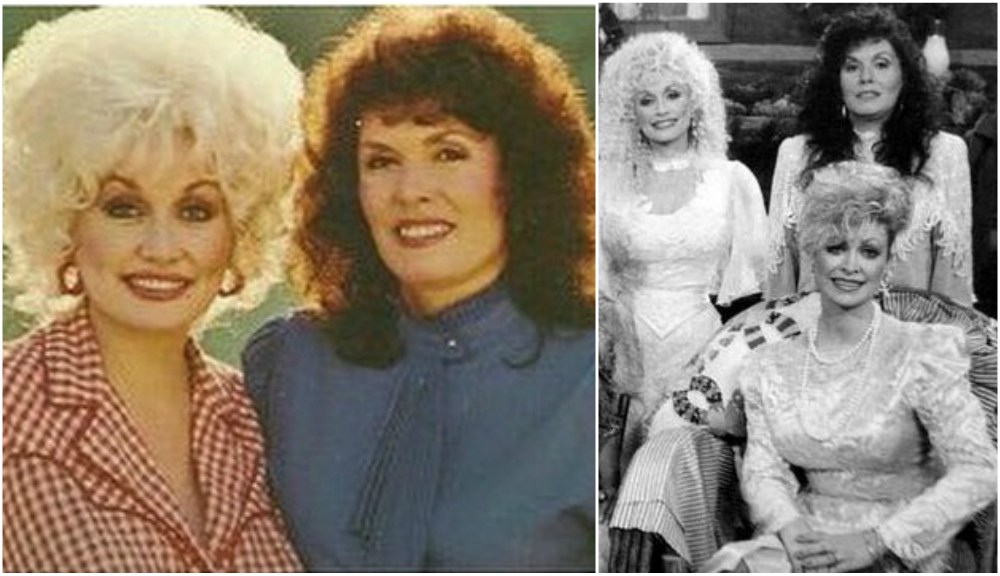 Freida Parton  is one more singer in the Parton family who wanted to become famous like her sister.

Firstly, she was just a back-up vocalist at Dolly’s performances and then became quite good at country rock music. The critics found her voice similar to the Led Zeppelin and Pat Benatar. However,  those facts that she used drugs, remarried several times and was photographed for the Playboy magazine prevented her from becoming a real star like her other siblings.

Cassie Nan Parton  is also a singer. She used to perform with her two other sisters Stella and Willadeene in a group. They sang mostly gospels and commercial singles in the Tennessee. 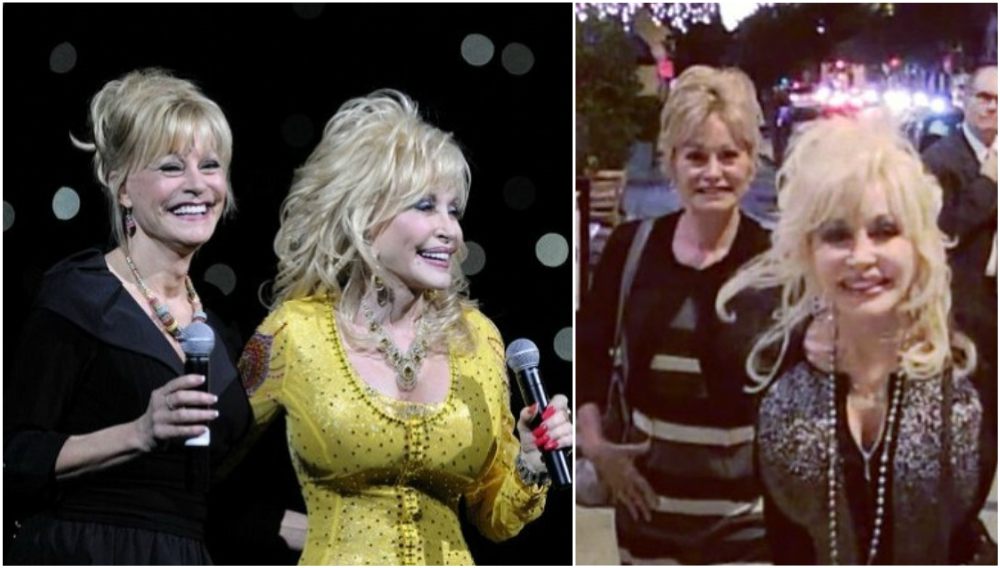 Randy Parton is  an American actor, singer-songwriter,  and businessman.  He used to play bass for Dolly and even sang for the soundtrack of one of her sister’s films where she played the leading role. 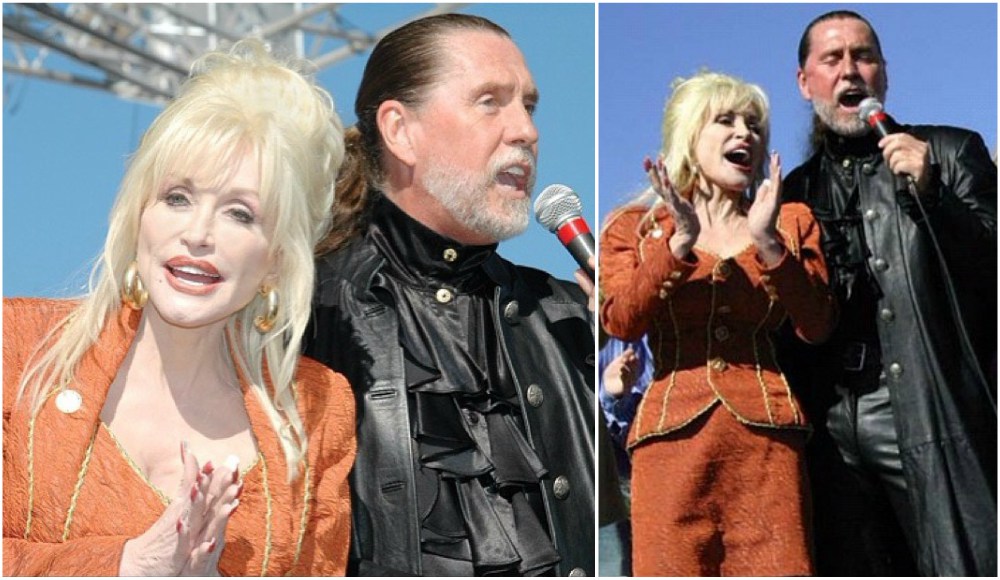 Floyd Parton became a writer. One of his most known songs is “Rocking’ years”, also he wrote other lyrics for Dollys songs. 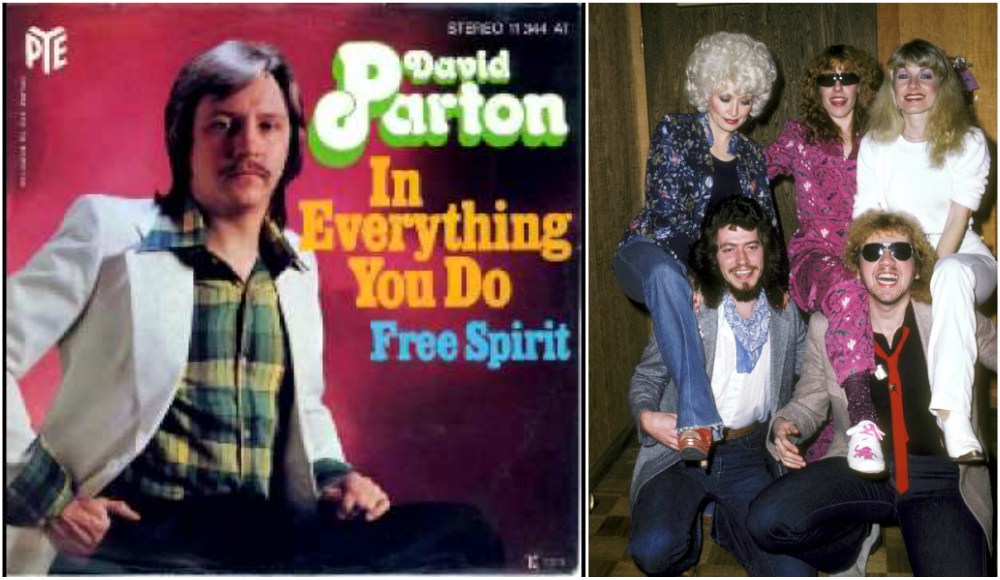 Larry Gerald Parton was the youngest of Dolly’s brothers. His life was incredibly short but her mother  always included Larry when she mentioned having 6 sons and 6 daughters.

Unfortunately there is very little information about Robert Parton Lee “Bobby”, David Parton, Denver Parton  apart from the fact that Bobby was  an entertainer, David a singer and Denver a low profile actor.

It goes without saying the Parton family is one of the most singing ones in the USA! 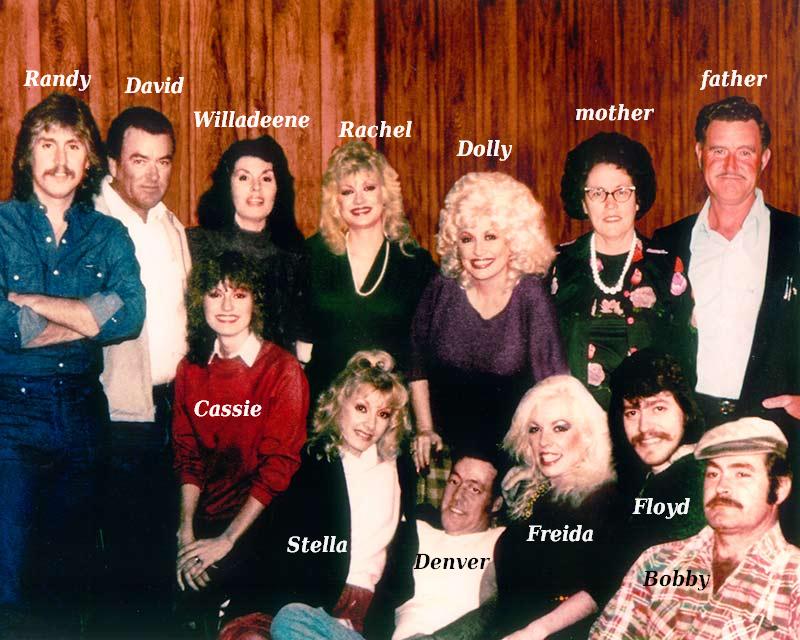