Justin Bieber songs are interesting but Justin Bieber fashion is incredible! Fashion bloggers joke that the style of Justin Bieber is worth a separate book or even a separate web site. Justin Bieber clothing style is copied by people all over the world. “Where Justin Bieber buy his clothes?” his fans ask him through social sites all the time and their parents got tired in order to find Justin Bieber long shirt and his patterned pants with low waist line. 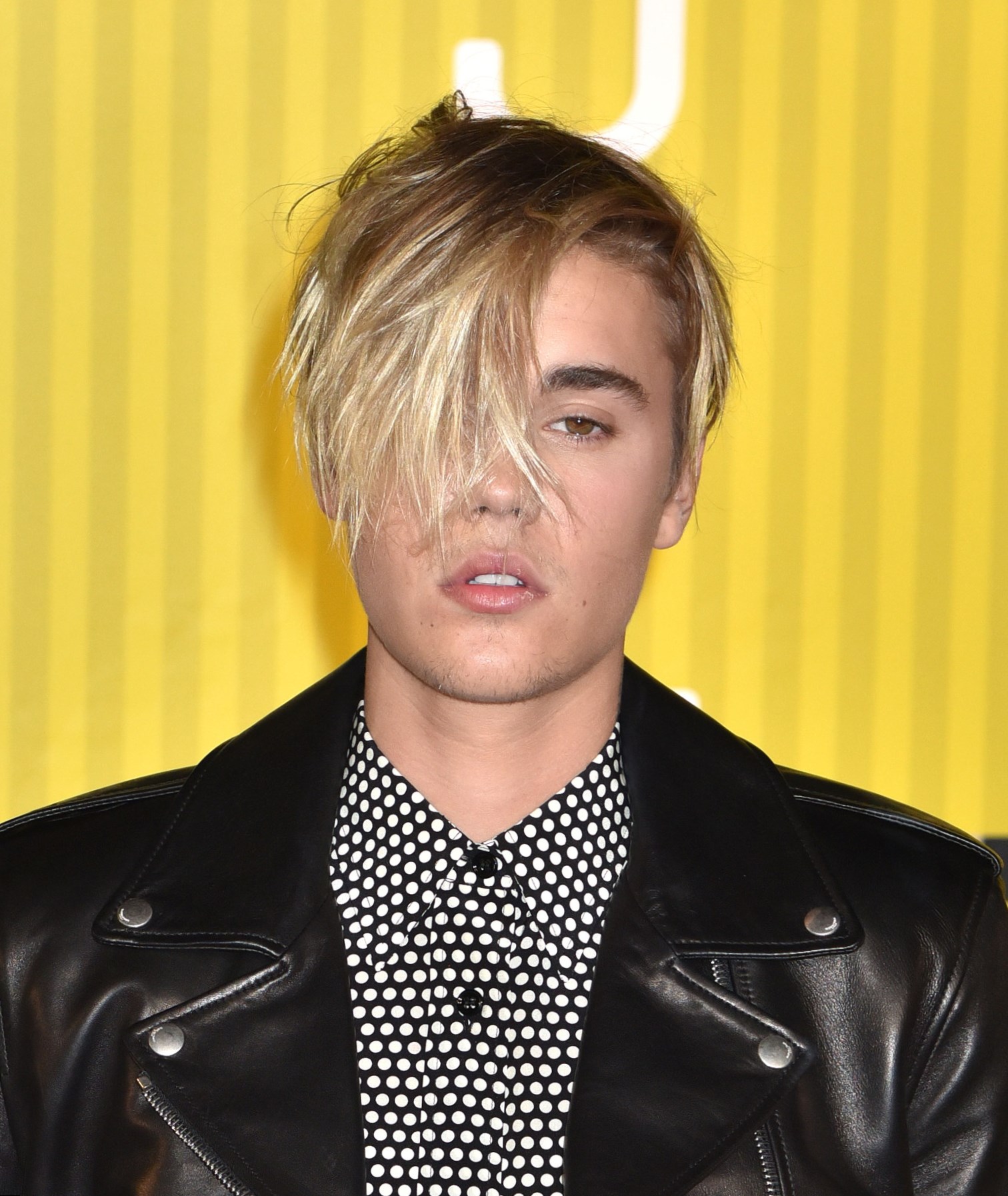 In fact, as fashion designers say, Justin Bieber is not wearing saggy pants. He is wearing fashion. He knows about fashion a lot and he is close to it as the celebrity with toned press and great body posed for numerous fashion magazines in clothes and without them. He took part in several fashion campaigns, including Calvin Klein. 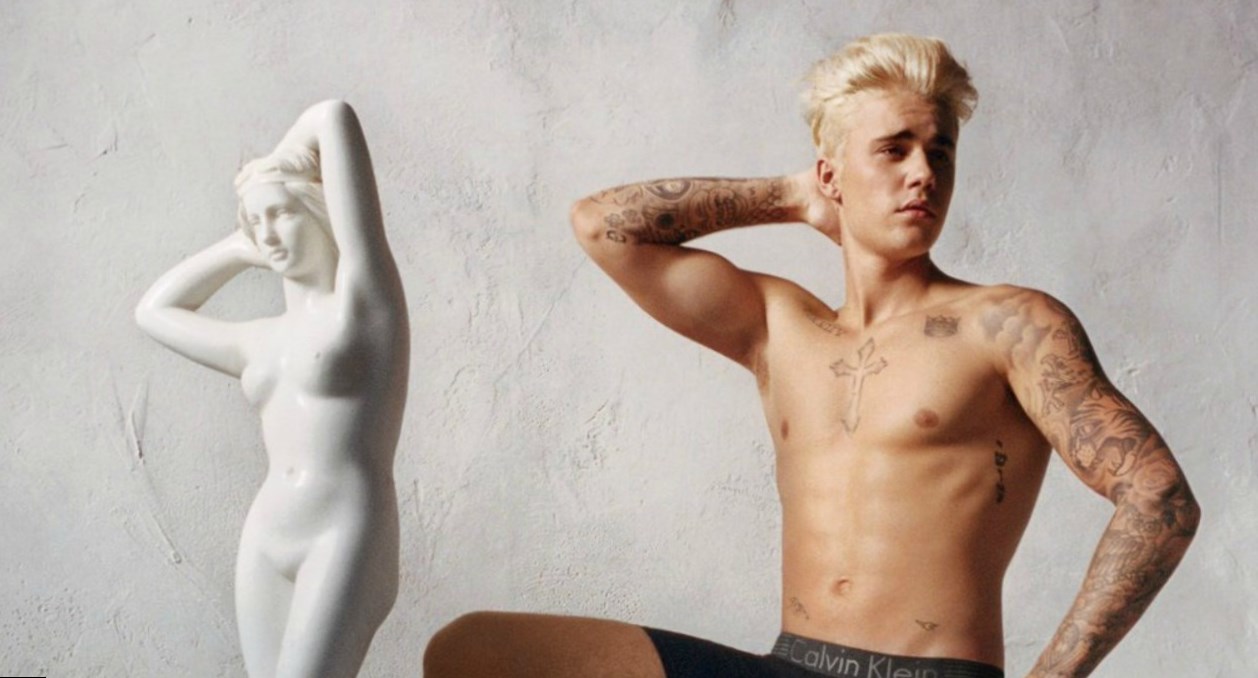 Justin Bieber has a lot of opportunities to hire the army of stylists and let them dress him in any way they like. But he prefers to choose clothes himself and he relies on his self feeling much more than on the leading tendencies in fashion. To understand Justin Bieber, you should follow the evolution of his style from the very beginning of his career and till the present days. 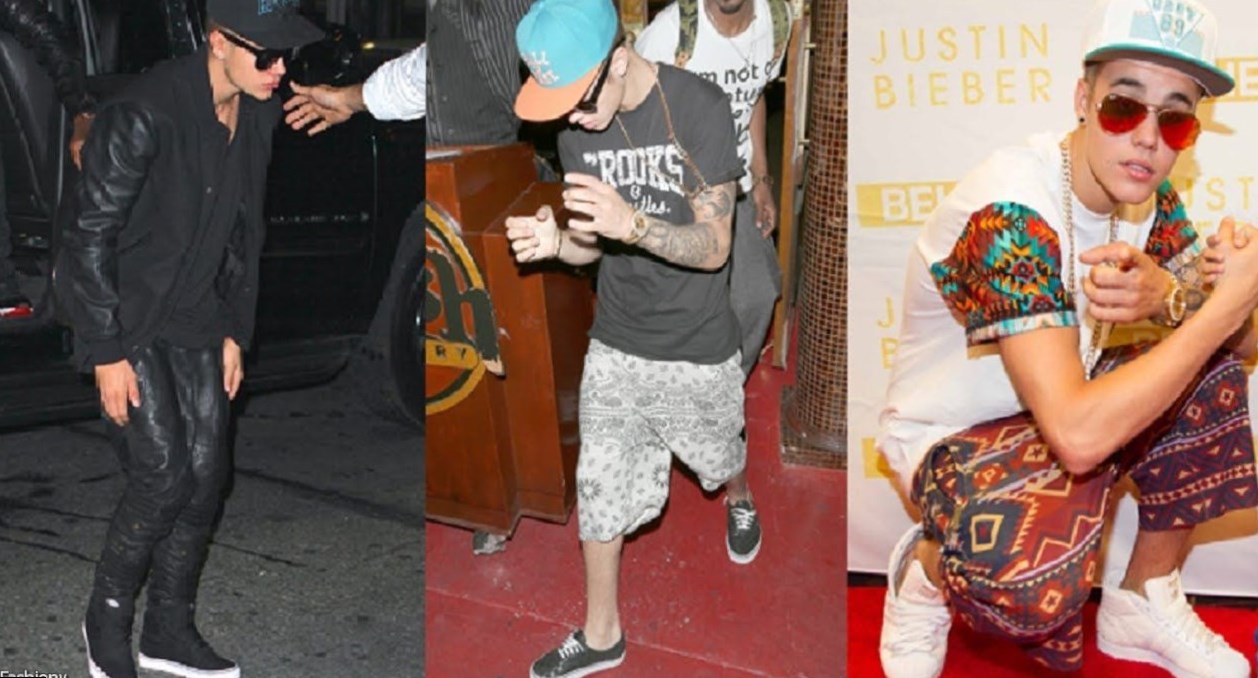 In 2009 fifteen year old Justin Bieber released his first single “One Time” and then his first extended play followed. He looked like a big teddy bear in baggy trousers, huge snickers and big hoodie, which seemed one size larger for a teenager. He preferred calm dark colors. 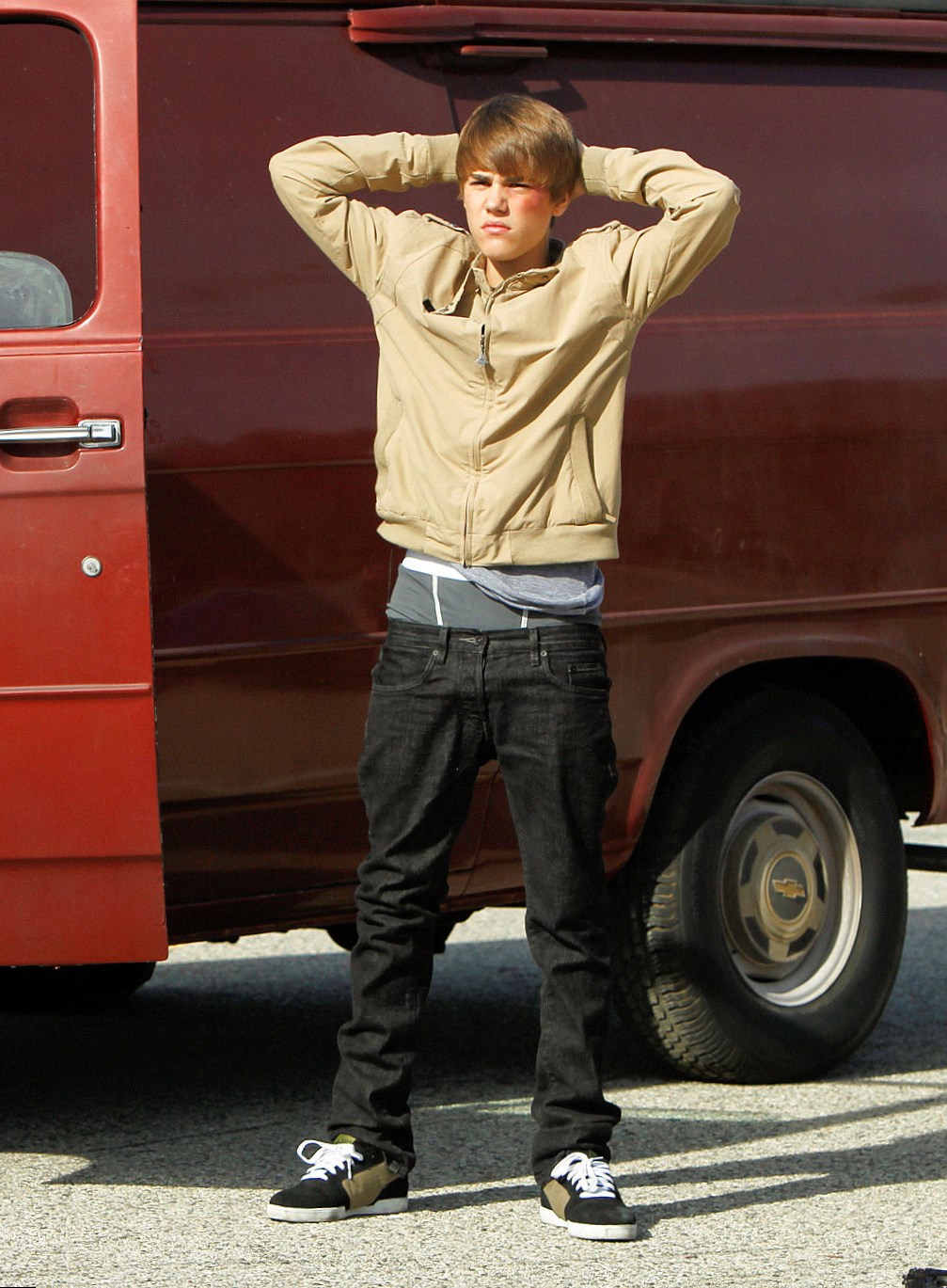 The teenager looked so sweet that numerous girls all over the world fell in love with him. He was admired by the girls in their teens. And even the older women couldn’t help watching the boy with full lips, big eyes and huge pants. 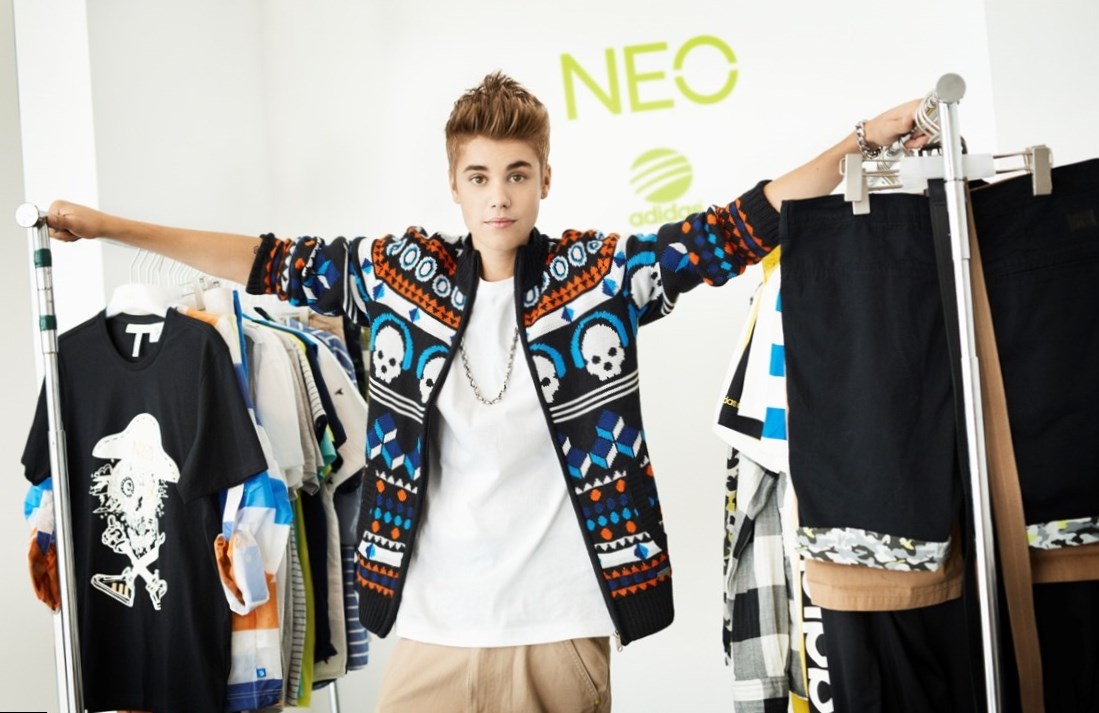 Several years later Justin Bieber felt the first taste of success. He became the internationally known star, the best from the best and the greatest in the world. People copied Justin Bieber shirts and his baggy pants. The star felt, he was coming of age and was ready to change something. He started to wear classical suits, changed the hairstyle and put on classical shirts instead of Justin Bieber T shirts. But his trousers still had low waist, and the star put them almost to his thighs. His love to huge snickers remained unchangeable, but now they were of different colors and patterns. 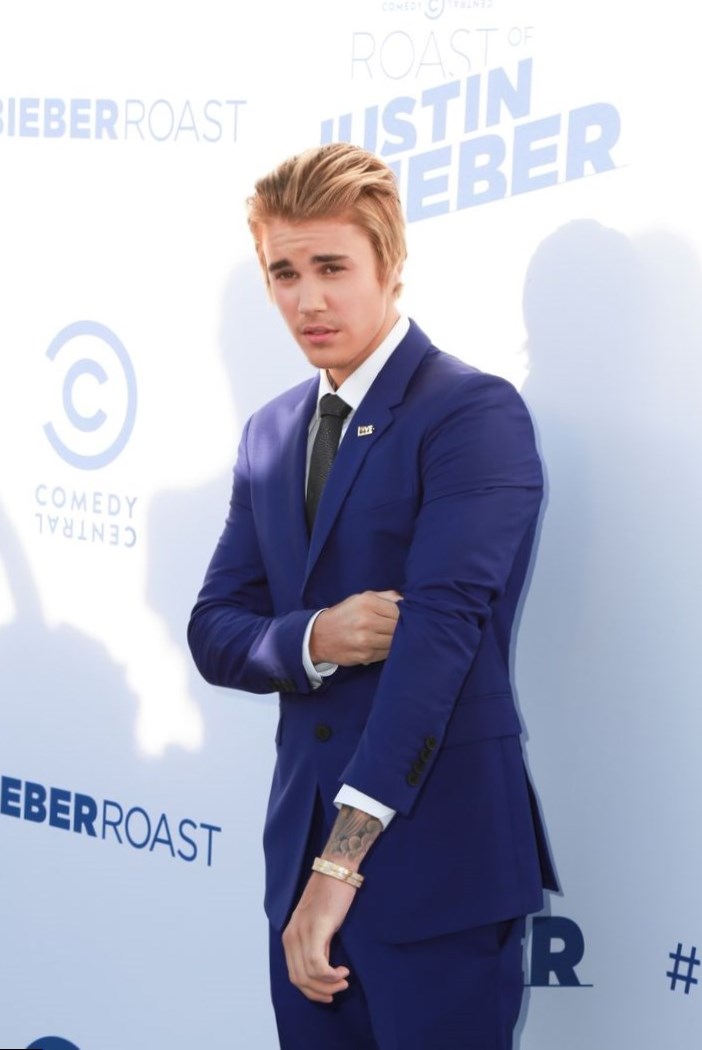 3. Returning to his teens

In 2013 Justin Bieber jeans style reminded that one he used to wear in his teens. The star preferred to wear baggy jeans with the chain, which stretched from the waist belt to his pocket. Justin Bieber came back to T shirts again. He liked to add elegant accessories to his image like extremely expensive sun glasses or cufflinks. 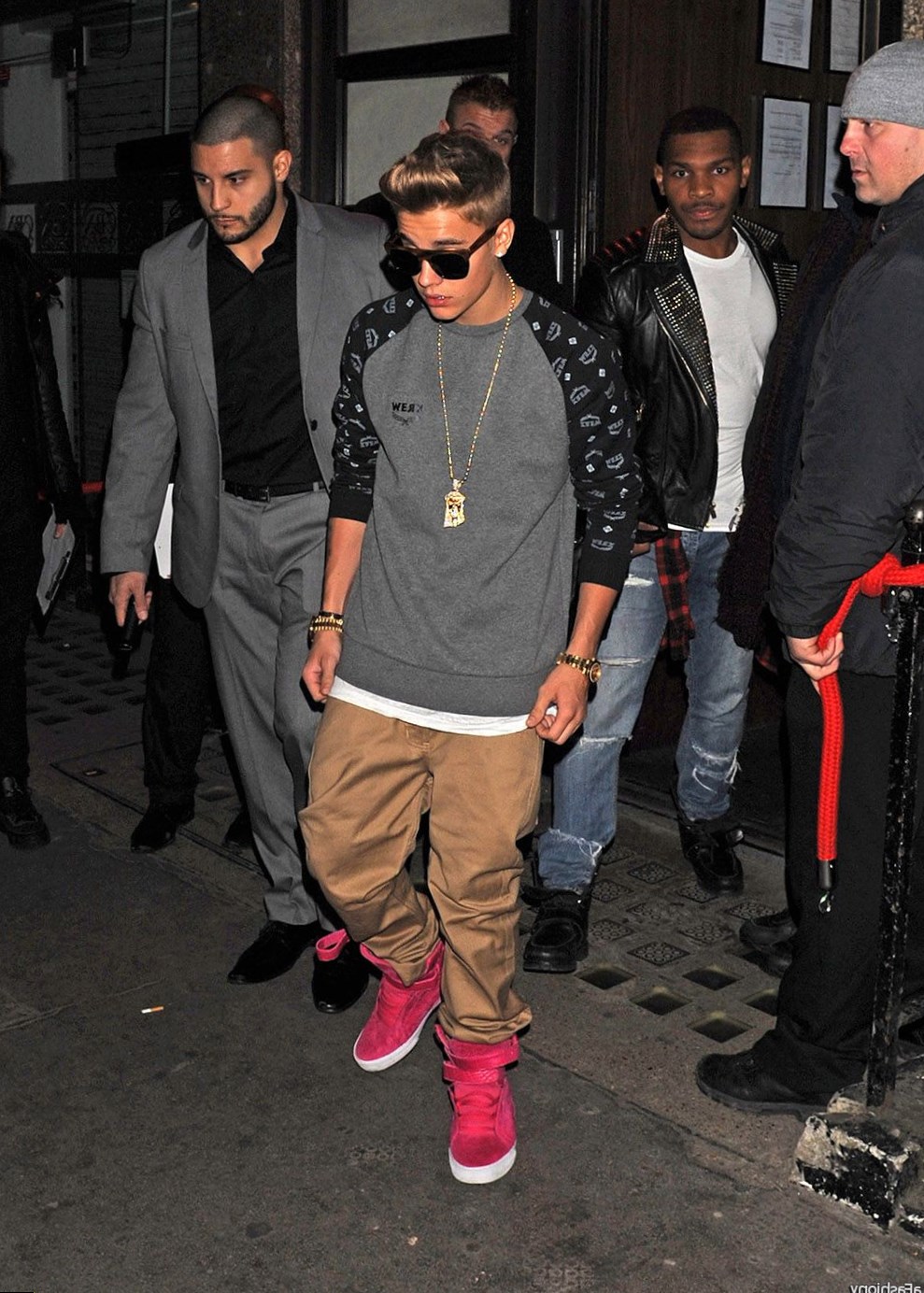 Huge gumshoes of various colors were peculiar to Justin’s clothing style at that period. That year was the year of experiments for Justin. He got used to wear leather jackets of classical white and black colors to exotic leopard skin jackets. 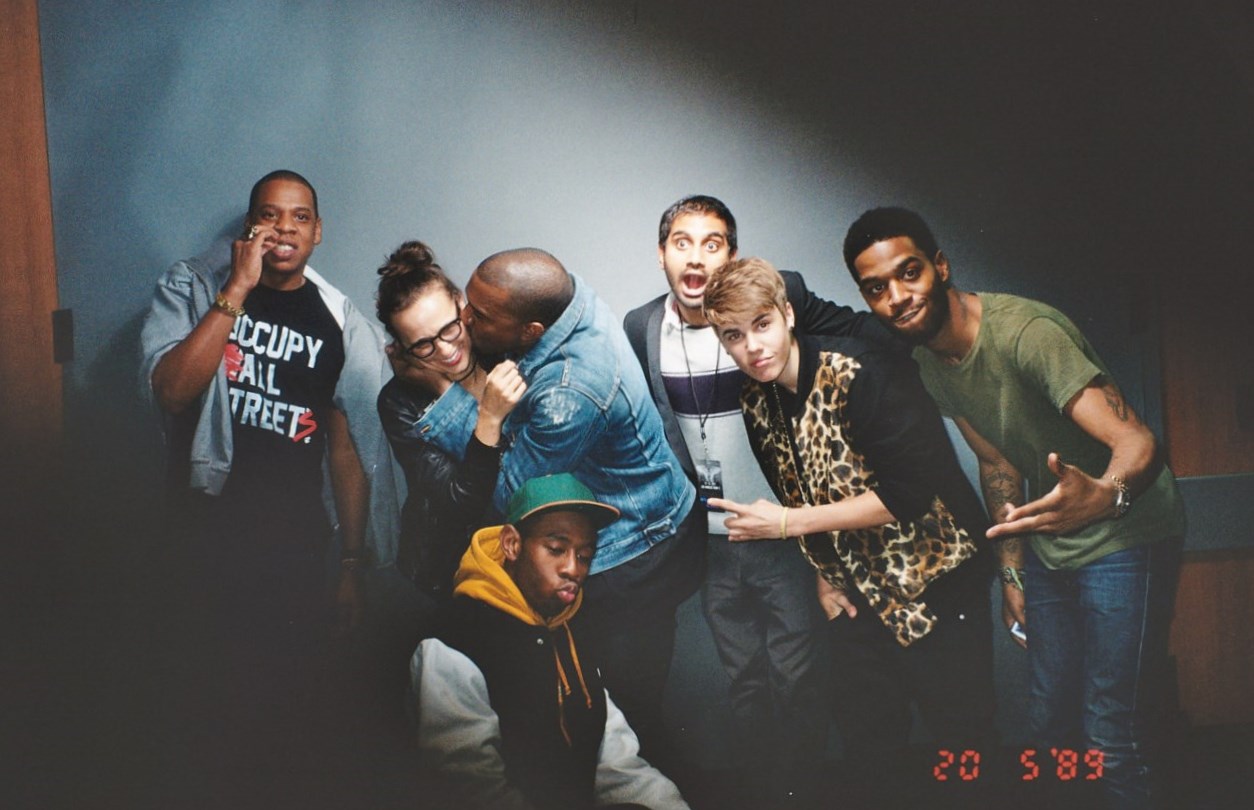 Justin Bieber got his own understanding of fashion and he was never afraid to show it in public. He looked so attractive in his unusual clothes that teenagers copied his style, without consideration the fact that it looked too unusual for everyday life. 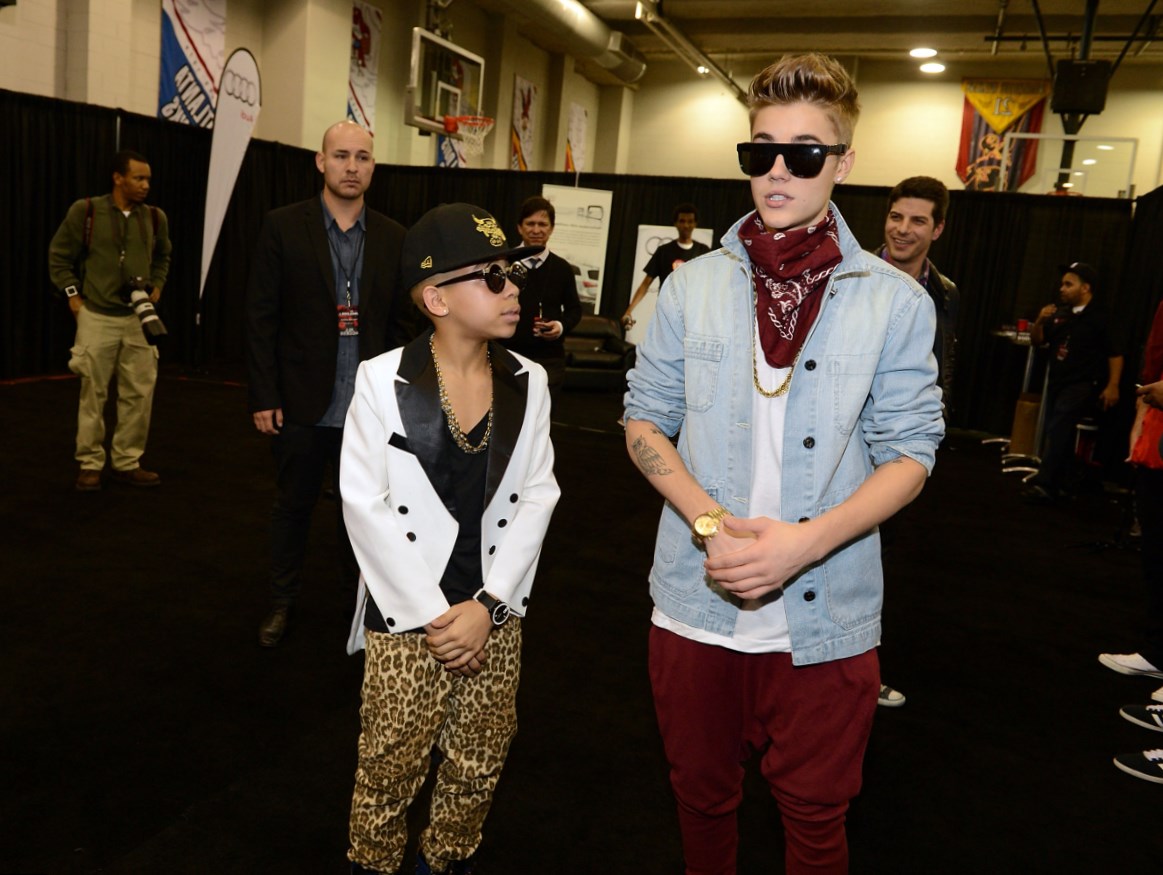 The next year Justin Bieber met a lot of troubles on his way. He broke with his long time girlfriend Selena Gomez. He had troubles with law and his new singles got modest reviews from critics. Justin Bieber was frustrated and it found reflection in his clothing style. He forgot about pants afghani and huge pink snickers. Justin changed his huge shoes into elegant boots of classical colors (grey or black).

He started to wear clothes of dark colors, like black, white, grey. He bought beige leather jacket and put it on for various public events. He was passing through a black stripe. He had no mood to play tricks, to shock his fans and to give paparazzi an opportunity to catch him somewhere and then mock from his clothing style. 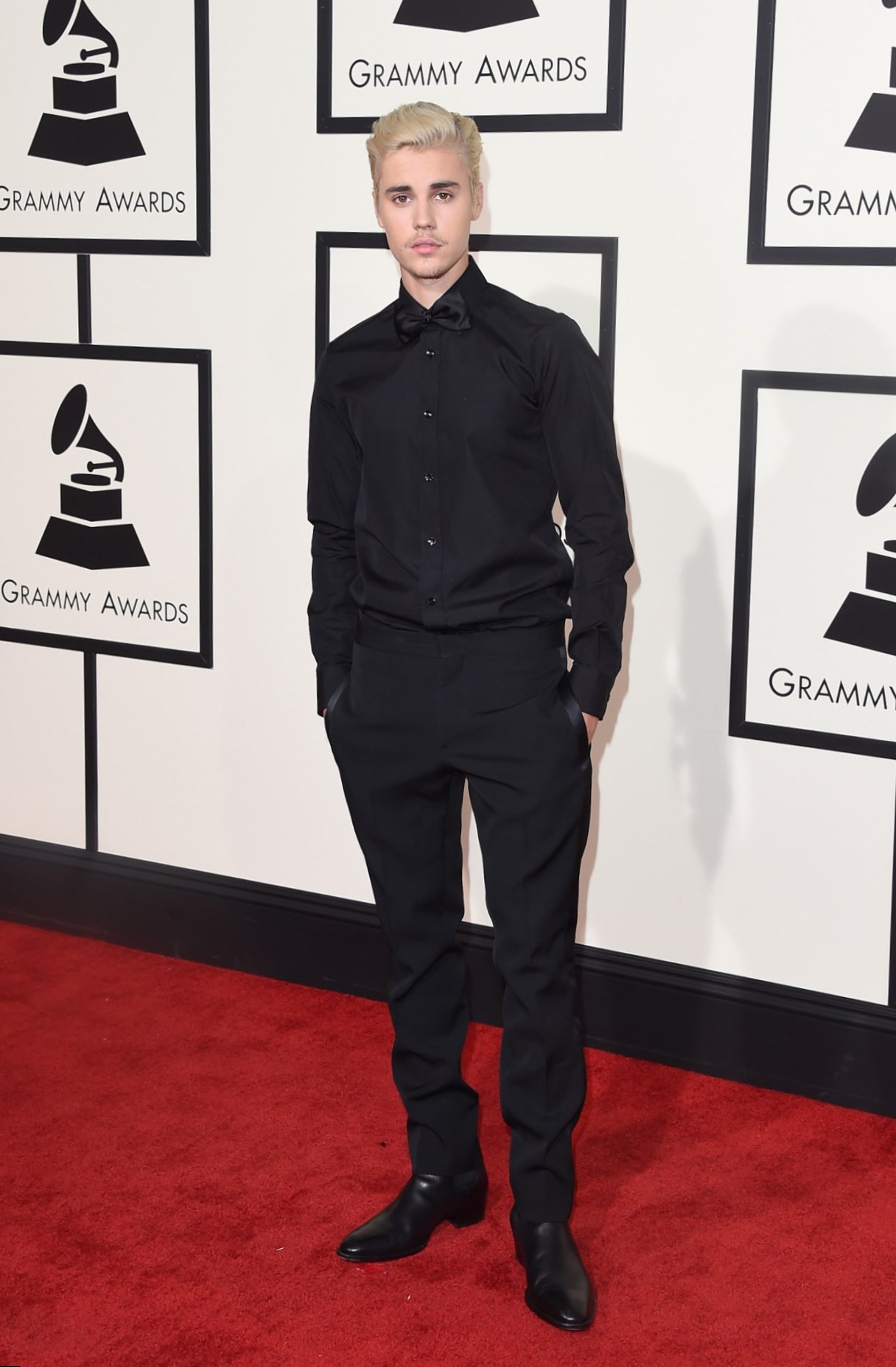 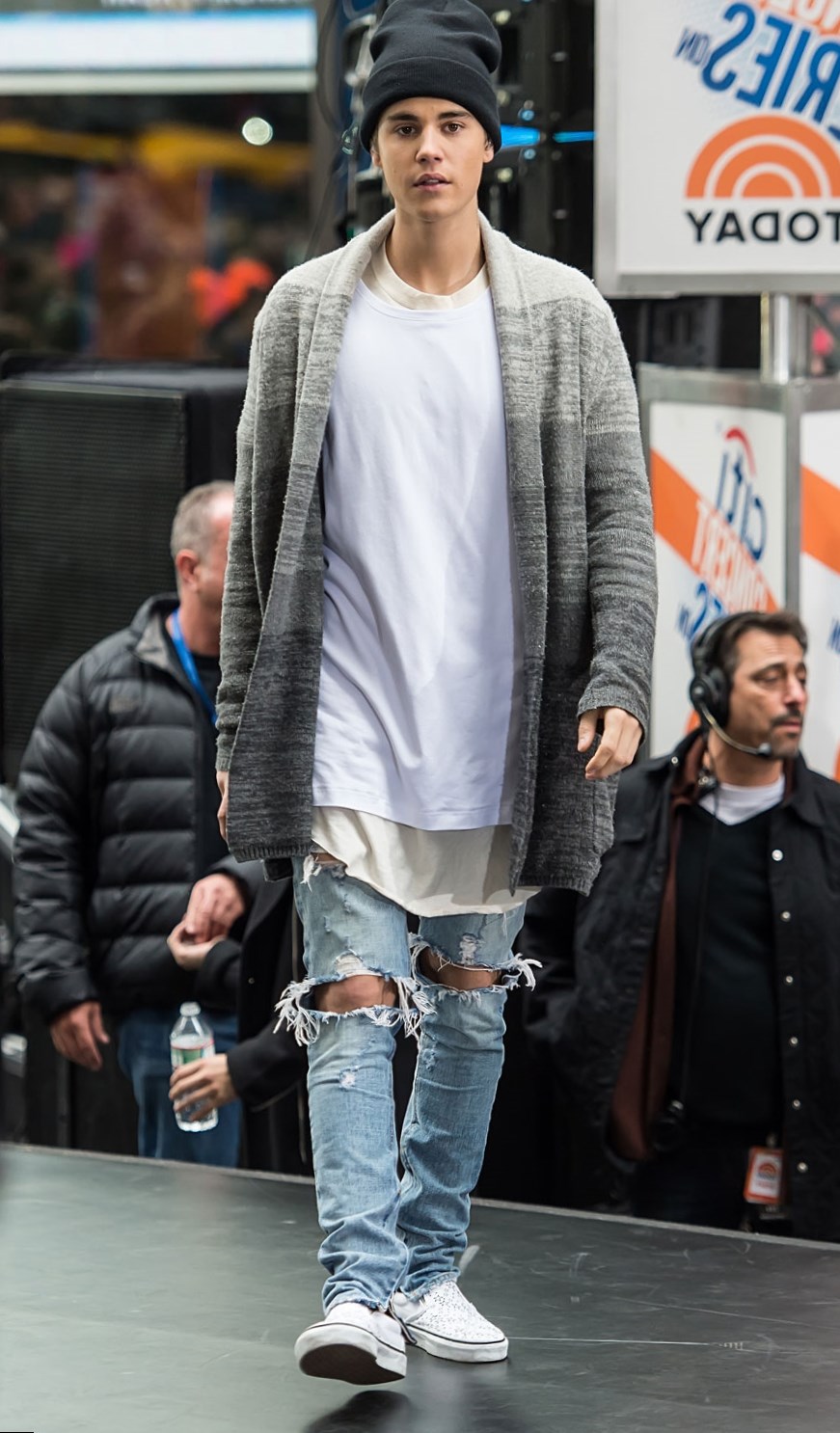 He became older, he became more mature and it found reflection in his songs and his new clothes. Justin Bieber released his fourth studio album, named “Purpose”. He started an apologizing tour. And he put on simple clothes. The star was noticed in completely black long shirt and jeans – with low waist line again.

He put on red leather jacket for his concert. He performed on the stage in long white T shirt and black jacket. Really, he came of age. But still he is that same Bieber. 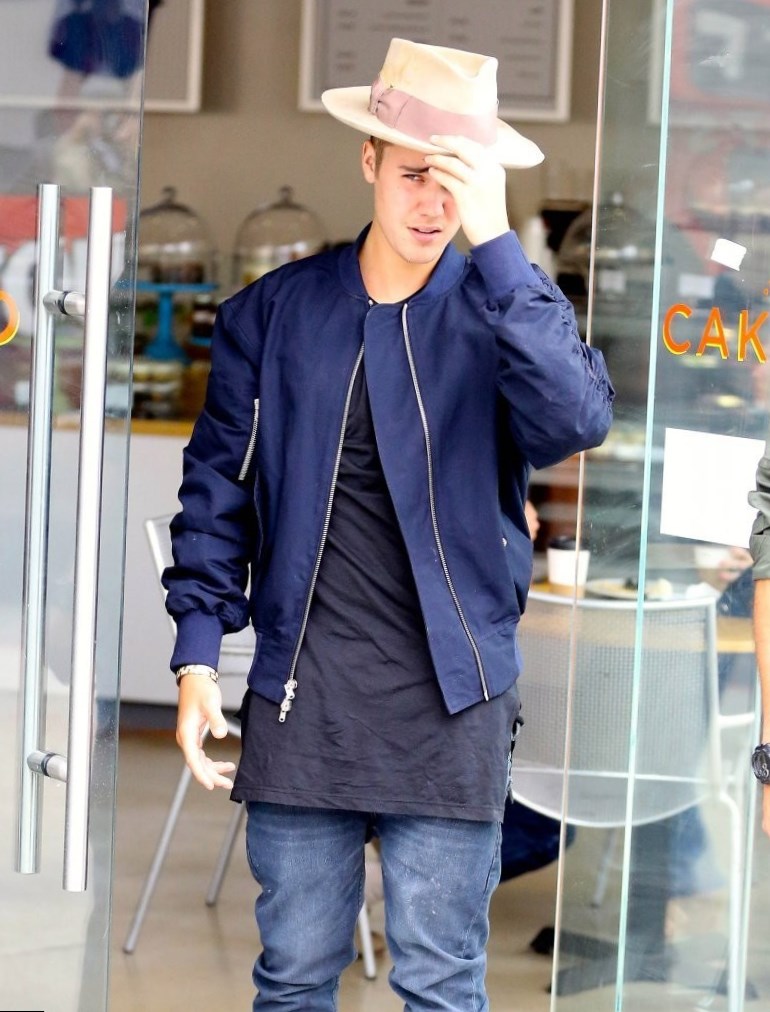 It is impossible to describe Justin Bieber clothing style without mentioning Justin Bieber perfume. In 2011 Justin Bieber started his own collection of perfume. For now he has 7 fragrances in his collection and the last one of them was released in 2014. The fragrances, as active and unusual as Justin himself are popular among teenagers and young people all over the world. 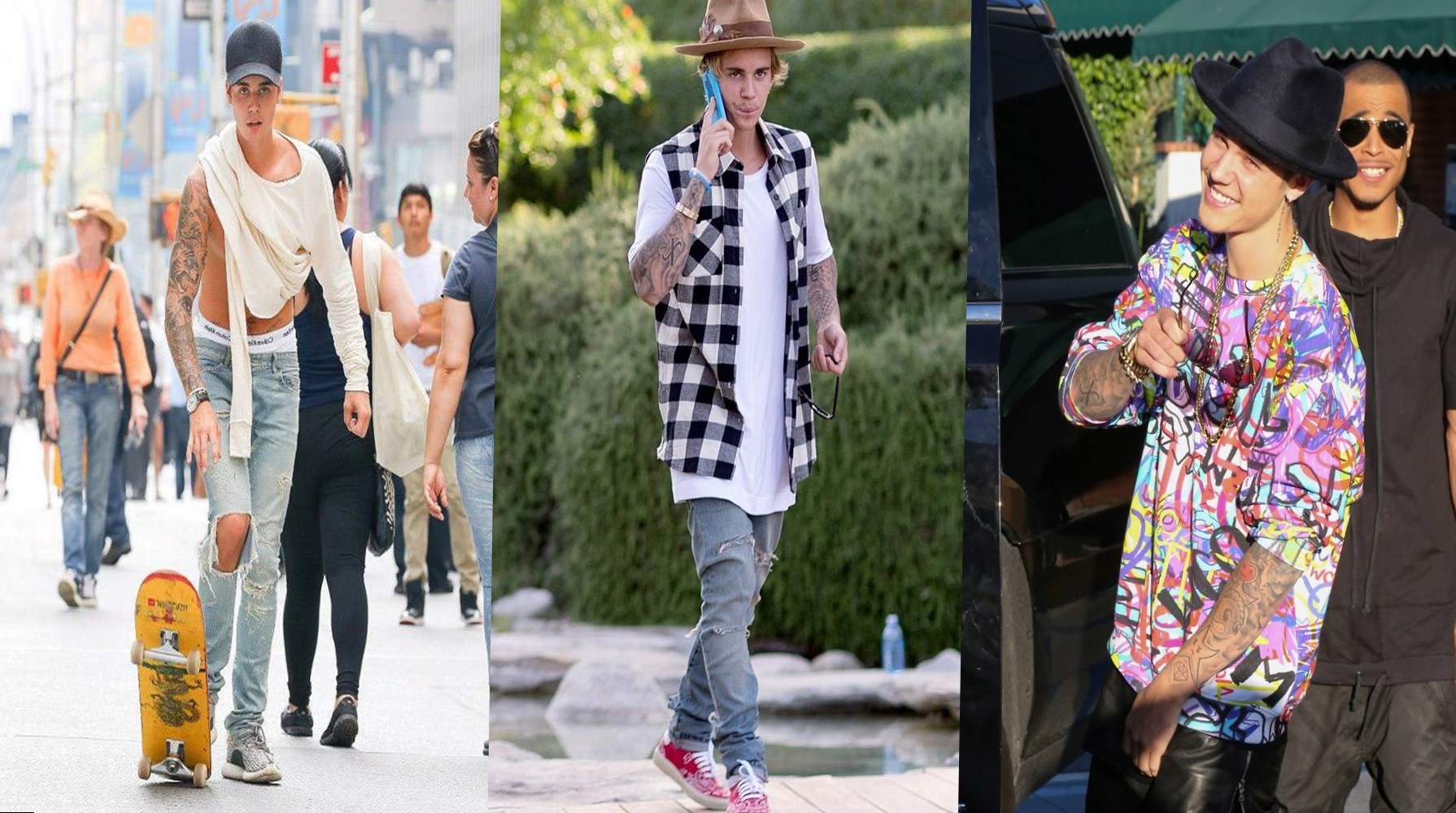 Starting his career in his teens, Justin Bieber made a great leap forward in his style too. Now he is an adult person with his own vision of fashion.