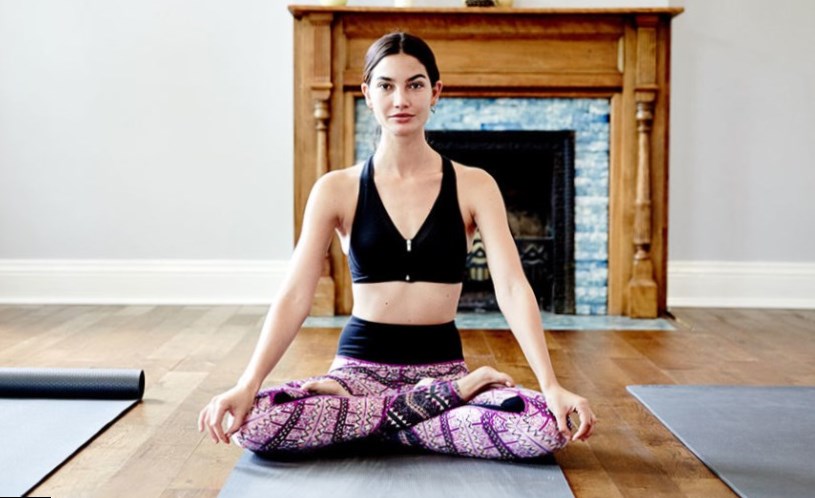 Fashion is the inseparable part of any person’s life. Some people live according with its laws, the others, on the contrary, ignore fashion rules. In any case, we can’t stay out of it. Lily Aldridge liked fashion from her early childhood. She was born in a family of American photographer (father) and a model (mother) and the girl liked photosessions, being a sweet child.

When Lily graduated from school, she didn’t think too much. She wanted to become a model. In fact, Lily Aldridge measurements are ideal for fashion world, but her height is a little lower than it is necessary for a supermodel. Nevertheless the beautiful girl was noticed and soon she appeared in numerous magazines like “Vogue”, “Cosmopolitan”, “Harper’s Bazaar” and others.

Lily is also known as men’s issues model. She appeared in Maxim and other magazines of that kind numerous times. Lily Aldridge style can be called “reserved sexuality” as she is ready to pose nude, but never shows too much.

The peak of her career was in 2009, when she had become Victoria’s Secret model. A year later she became its angel and it was a great luck for her.

Lily Aldridge personal life is happy and intensive. She is a wife of a musician Caleb Followill. Not long ago she gave a birth to their daughter.

Four months after her pregnancy, Lily Aldridge was ready to pose in her bikini. The secret of her great shape is a reasonable diet in combination with exercising.

Lily Aldridge eats not much. Her daily meals mostly consist of proteins, vegetables and fruit, salads, where she adds a teaspoon of olive oil.

The model had never stopped training, even when she was pregnant. She worked out with Victoria’s Secret personal trainer, Justin Gelband. The star visits his gym regularly and spends about an hour there. She trains mostly her butts and abs. Sometimes the young woman makes cardio exercises.

Lily Aldridge trained, being pregnant too. But during her pregnancy she preferred yoga exercises and body ballet workouts.

The star is not the fan of dieting. She thinks, it is not a good idea to be hungry all the time. But if she feels, that she gained some extra kilos, she keeps to a blood type diet.