Everyone had a childhood pet.

Sometimes its loss restrains us from taking or adopting the other one. Some people don’t want to feel the pain of the loss again, but there is another group of people – those who simply can’t live without any animal at home. They need somebody to meet them at the porch when they come home after a long hard day. It’s really great.

Natalie Portman is exactly the person of the second group. She got used to be surrounded by animals, to have a reliable and faithful friend. So, there is a short observation of her pet history.

There is not much data available about Natalie’s dog Noodle. It is said that Noodle was the actress’s first and very deeply beloved pet. Noodle had undergone several surgeries. Natalie doesn’t tell a lot about the dog.

When Noodle had passed away, Natalie adopted the other dog Charlie. It is seen that the actress prefers tiny breeds. Charlie became Natalie’s best friend. The dog accompanied her everywhere she went. They became inseparable couple. Charlie was said to be the only guy at that time to get the whole beauty’s attention. A really lucky dog! 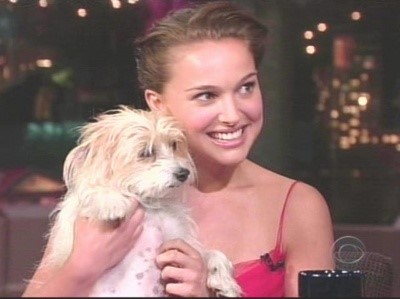 Being a mother is not an obstacle!

In summer 2011, Natalie Portman became a proud mother. The actress gave a birth to her son Aleph. Despite the fact, that from that moment she was preoccupied with the baby, Natalie didn’t forget about another her “child”. Natalie has a pretty little Yorkie Whiz. Being a busy mom, the actress is often seen traveling and working with the dog under one arm. Besides, Whiz seems to feel quite comfortable. 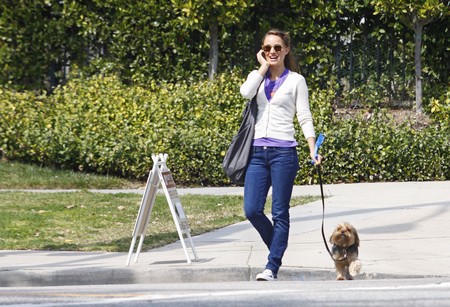