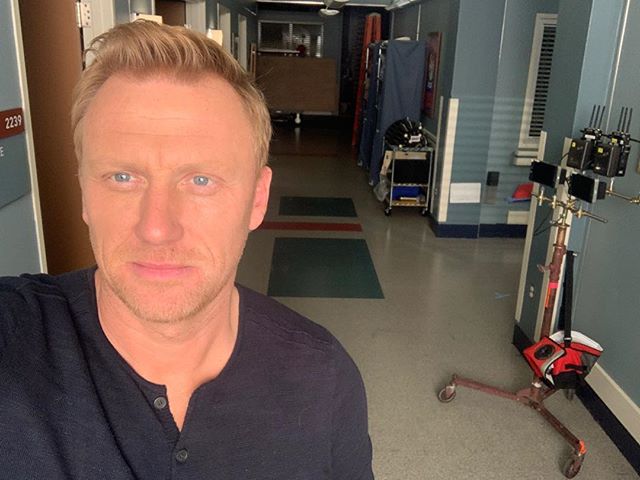 It’s pretty surprising but before entering the entertainment industry, Kevin McKidd aspired to become an engineer. However, he fell in love with acting and started his career path with improvisation. In 1996, Kevin first appeared on TV in Father Ted series and proceeded with parts in Anna Karenina, North Square, The Virgin Queen plus Rome.

In 2008, McKidd’s life changed dramatically as he embarked on the part of Owen Hunt in Grey’s Anatomy and reached worldwide fame. Moreover, he directed some episodes of the show. In 2016-2017, the performer had a voice role in Star Wars Rebels.

Additionally, Kevin is a successful movie actor. He debuted on the big screen in 1996 film Small Faces. Today, his most notable films include Trainspotting, 16 Years of Alcohol, Hannibal Rising, Percy Jackson & the Olympians: The Lightning Thief plus Tulip Fever.

What is more, being proud of his Scottish descent, McKidd presented an album of folk music titled The Speyside Sessions in 2012 and donated the earned money to charity.

This redheaded celebrity can boast of an athletic body. However, he doesn’t share the details of his workout routine and diet plan. But it’s most likely that he eats healthy food and exercises regularly.