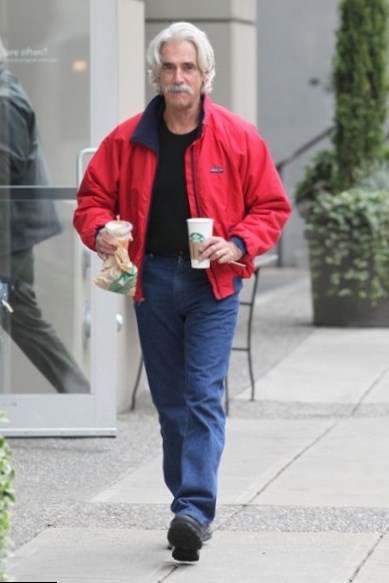 Sam Elliott is a popular actor, who is mostly known due to such screen works as “Mask”, “Road House”, “Butch Cassidy and the Sundance Kid” and many others. During the years of his career Sam Elliott managed to develop a huge fan base, and his fans want to know everything about their favorite actor. How tall is Sam Elliott? What color are his eyes? They never get tired to ask.

Sam Elliott is now a middle aged man with towering height (188 cm) and deep strong voice. He has thick grey hair and horseshoe moustache. Sam Elliott looks so masculine and that’s why he usually plays strong ranchers or skillful cowboys.

Sam Elliott was born in a family of physical training instructor and the Department of the Interior worker. He had dreamed about acting at a very early age but his father, who was a very practical man, encouraged the boy to get some solid profession. Sam was casted as an amateur actor to “Guys and Dolls” play. Some local newspaper devoted Sam an article, where he was named “a talented actor, who must become professional”. Sam Elliott was impressed by an article and went to Hollywood to become a star.

Sam Elliott remains a busy actor till now. Within one year only he took part in three films, “I’ll See You in My Dreams”, “Grandma”, “The Gettysburg Address” and did the voice work for “The Good Dinosaur”. 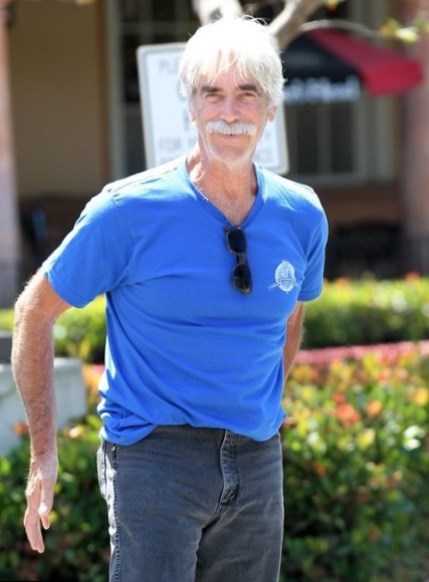 Sam Elliott is in great shape. He is thin and his body is toned. It is not known exactly, what workout routine Sam chooses and what eating plan he has, but no doubt, it works.

When Sam was giving an interview, he was asked, why he was ready to take part in so many new projects within one year. The star answered, that he was ready to “climb a new mountain” till he was still able to climb.

Probably, Sam Elliott remains healthy and strong due to the support and care of his wife. Sam met Katharine at a film set of “Butch Cassidy and the Sundance Kid”. Sam admired the leading actress, but didn’t dare to talk to her. In 1978, when they met while making “The Legacy”, Sam decided to talk to her. The young people started dating. He married an actress Katharine Ross in 1984 and the couple has been together since that year. They have one daughter Cleo Rose Elliott, who earns her living as a musician now.

From the youngest years and till now Sam Elliott wears his famous moustache. “I feel naked without it!” he tells.