Marilyn Monroe is the legend of the 20th century. Her filmography and a wide range of photos made her the image of the epoch. She is considered to be one of the most beautiful woman and a fashion trend setter. Her dresses played the key role in her career and in this article it’s chosen the most prominent ones.

Let’s start from one of the most famous dresses of this legendary woman. It is a white knee-length dress from the film The Seven Year Itch. This film wouldn’t be so popular but for the famous scene of the skirt blowing. The designer of this dress was William Travilla who liked to work with a celebrity. He perfectly knew her taste. 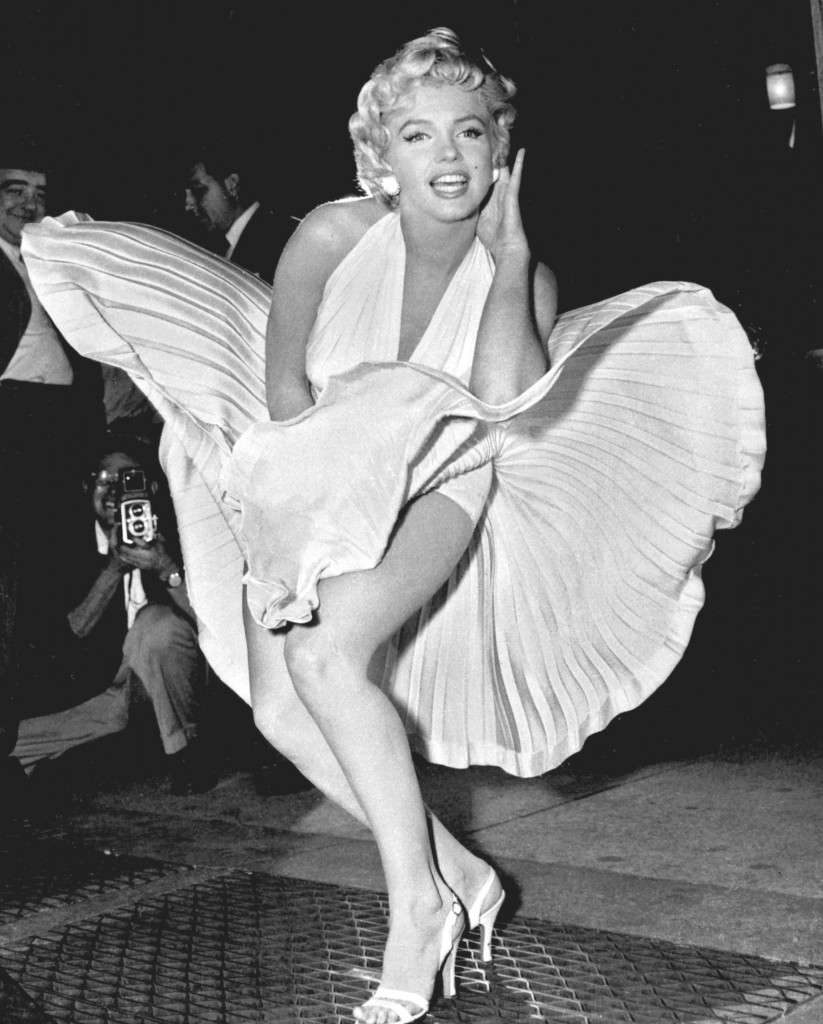 By the way William Travilla constantly worked with the actress and designed several dresses for her and some of them are included into the list of the best ones. At once two dresses of this designer from the film Gentlemen Prefer Blondes became popular.

When she sang a famous song Diamonds are the girl’s best friends she appeared in a pink dress without shoulder-straps and a huge bow on the back. Long and pink gloves completed the look.

The next dress, which deserves attention she wore when she sang a song Two Little Girls from Little Rock together with Jane Russel. The girls appeared in similar red dresses with paillettes and absolute cleavage.

In 1959 Marilyn starred in the film Some Like It Hot, which made her popular all over the globe. This film was for adults only because of her semitransparent dress. This dress was created by Orry-Kelly. The dress was designed in order to accentuate the sexuality of the actress.

In 1961 she was offered to sing for the President John Kennedy on the celebration of his birthday. For this occasion Marilyn ordered a dress from the designer Jean Louis. This twinkly dress was made from the delicate silk and was sewn on the actress just before her appearance on the stage. This dress cost $12,000 but two years ago it was sold via auction for $1,3 million.

During the ceremony Photoplay in 1953 Fox Company presented a dress for the actress. Marilyn wore it during the promotional photo session to the film Gentlemen Prefer Blondes. It was floor-length golden dress ornamented with draperies.

In 1954 durng the performance especially for American Forces in Korea, Monroe had a sparkling cocktail dress of blue colour. It was a clinging dress that accentuated her perfect body.

There were a great number of haute couture dresses in Monroe’s collection. In 1954, for the photo session of a well known photographer Milton H. Greene Monroe chose a ballet-skirt. Though the actress’s figure was far from the ballet dancer’s one the pictures were very tender. This photo session became legendary.

In 1957 Monroe had a photo session with her husband in the garden. For this occasion she had chosen stockinet, spotted dress of blue colour. Though this dress was in provincial style Marilyn could make it more elegant. 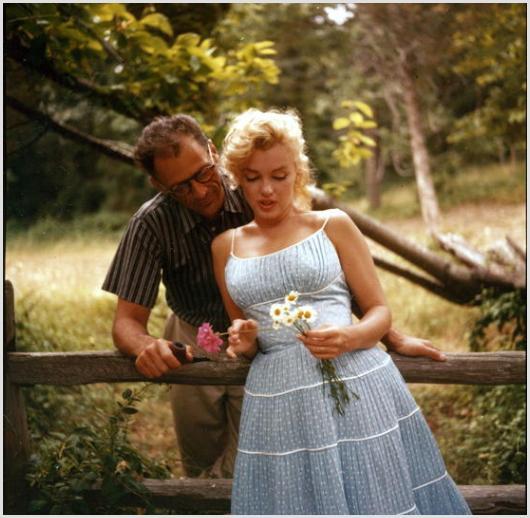 The last dress in the actress’s life was a favourite green pencil dress by Emilio Pucci. She was buried in this dress on August 5, 1962. 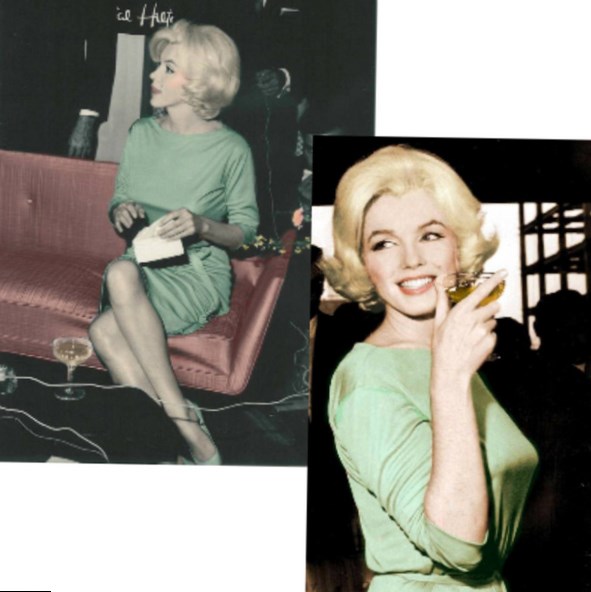