Ariana Grande is 22 and her career is just beginning. At the same time the singer and an actress can boast with a number of achievements, including participation in TV series “Victorious” and “iCarly”. She released her two albums and tried her hand as a voice actress, taking part in such famous project as “Winx Club: Enchantix” and “Metegol”. 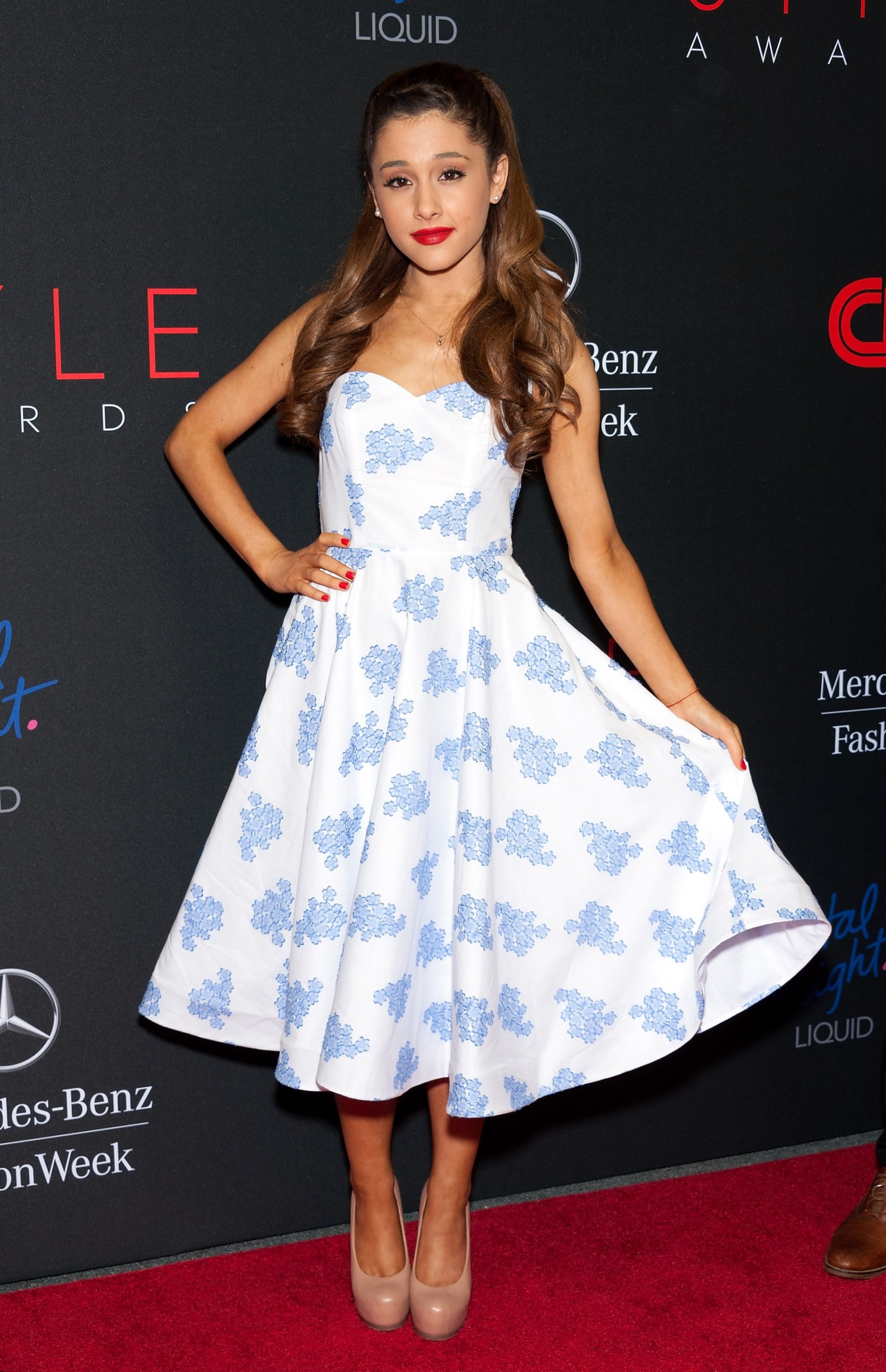 Ariana Grande style is worth studying even for those, who are not her fans. She started her career, being a teenager and now she is a sweet girl of 22, who knows, what Ariana Grande dresses to choose to look beautiful and noticeable among the others. It is necessary to understand that Ariana Grande outfits, which she puts on in her music videos and her casual look are different. In her videos she plays some role and of course it is not her style, but the attempt to make a show on the screen. 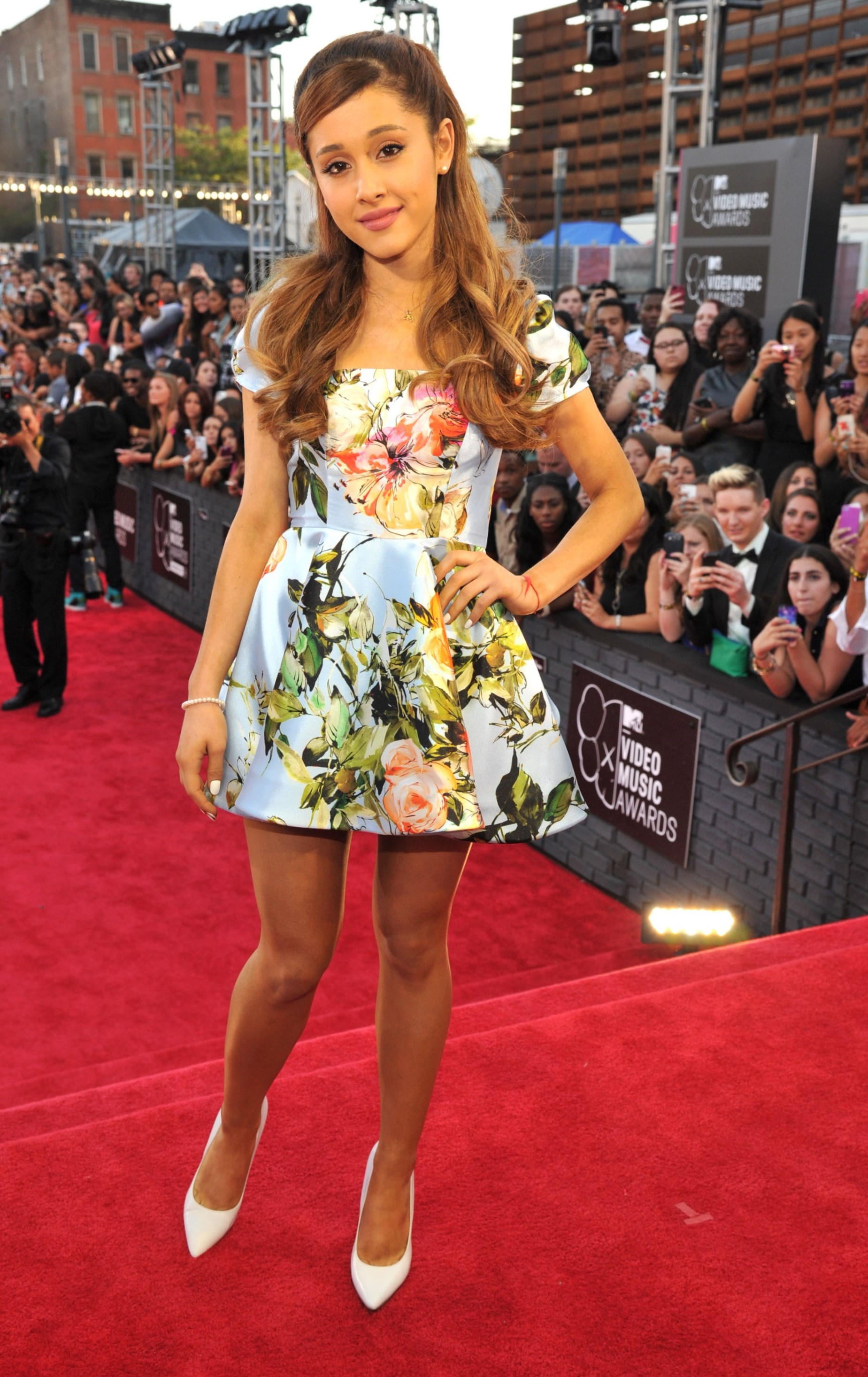 Let’s consider how the style of Ariana Grande was changed during the years of her career.

Ariana Grande started her career in 2008, when she was just 15. Ari was a teenager and of course, she had no special style. She looked natural. The future star wore dark brown curly hair, long boots and hoodies. She did light makeup, mainly focusing on her eyes. The eyebrows looked perfect. 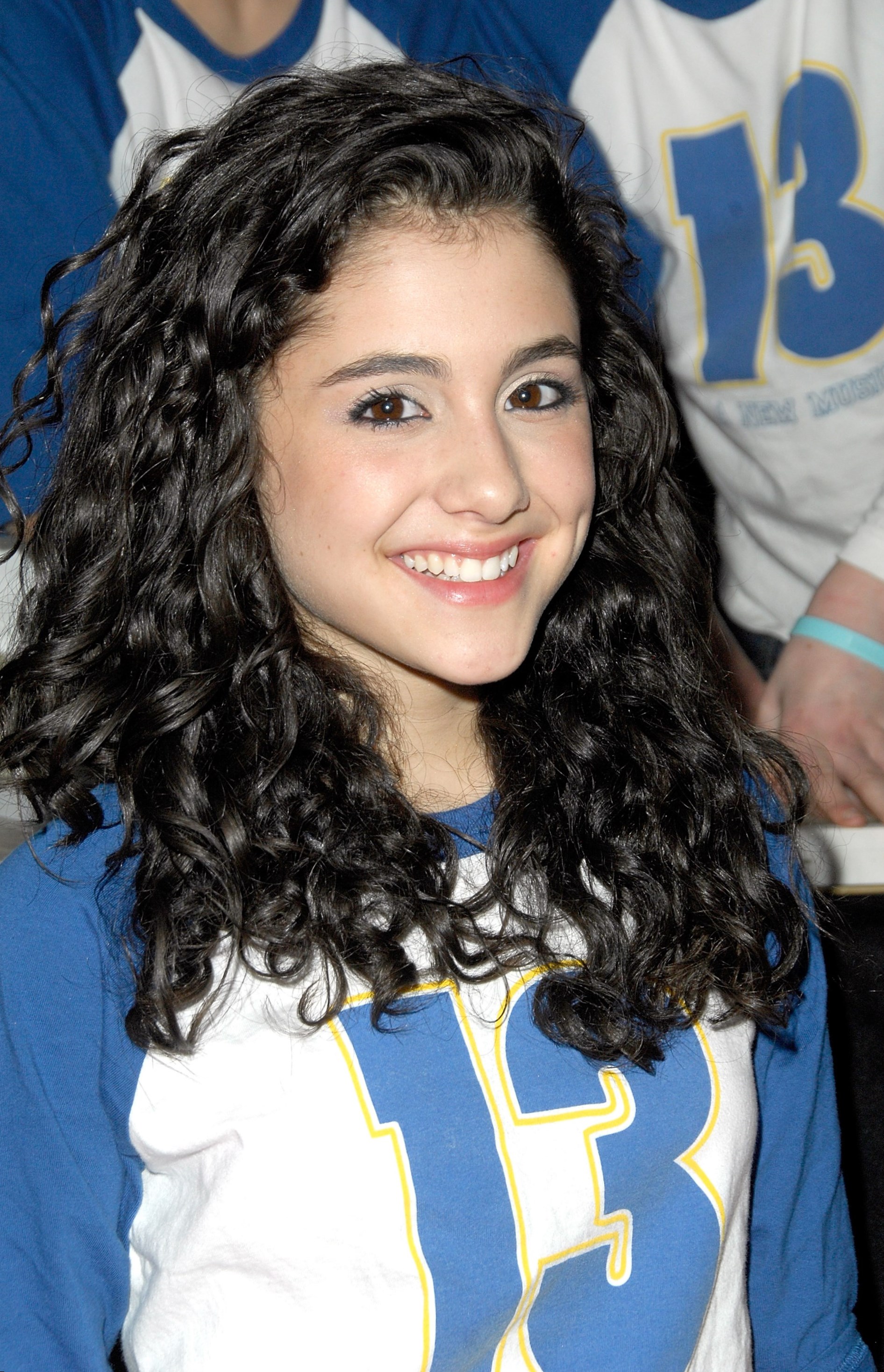 In 2010 Ariana won the role of Cat Valentine in “Victorious”. Her previous look seemed too dim for her. She changed her hair color into bright red, straightened her hair and changed her baggy trousers and hoodies into short light dresses and high heels. 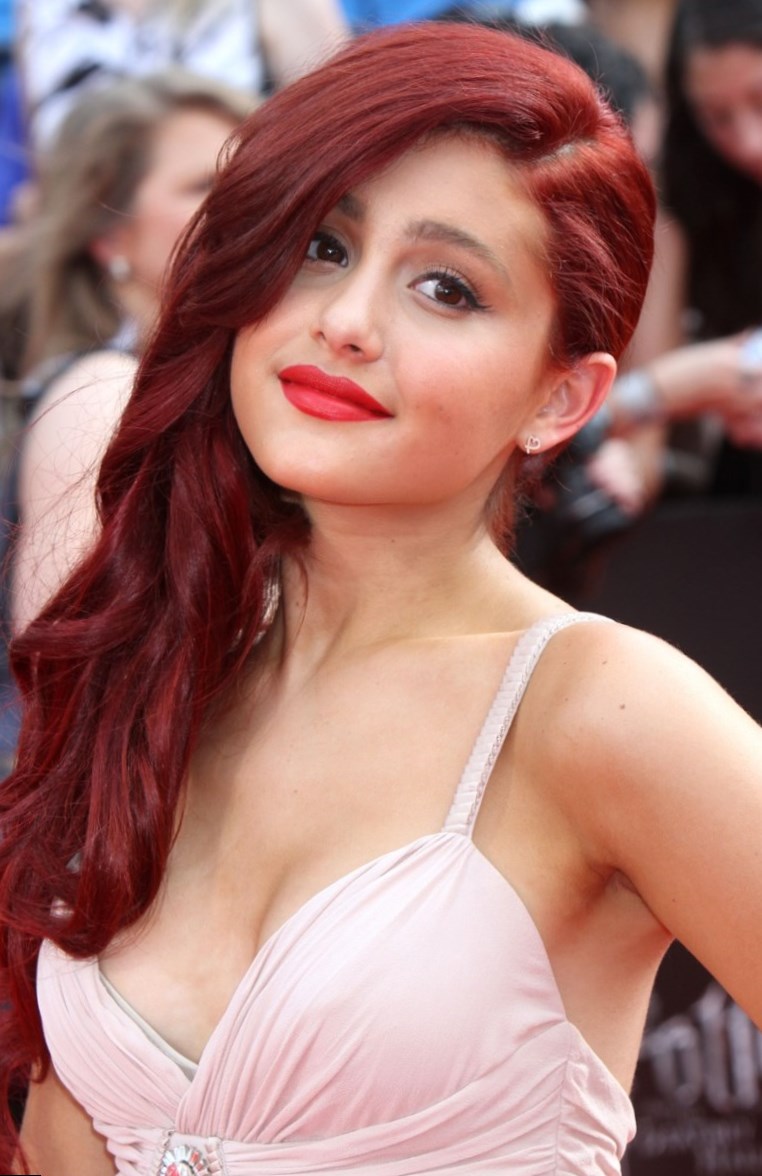 She looked perfect, but the fans called her style as the style of a doll. They called her too sweet and unnatural.

Ariana Grande is growing up. She takes part in various TV projects and started to record her first album “Yours Truly”. The singer and actress didn’t change her baby doll style, but she made it more natural. If you want to look like Ari of that period, you should choose long red hair, which she combs backwards, high heeled shoes and short light dresses. 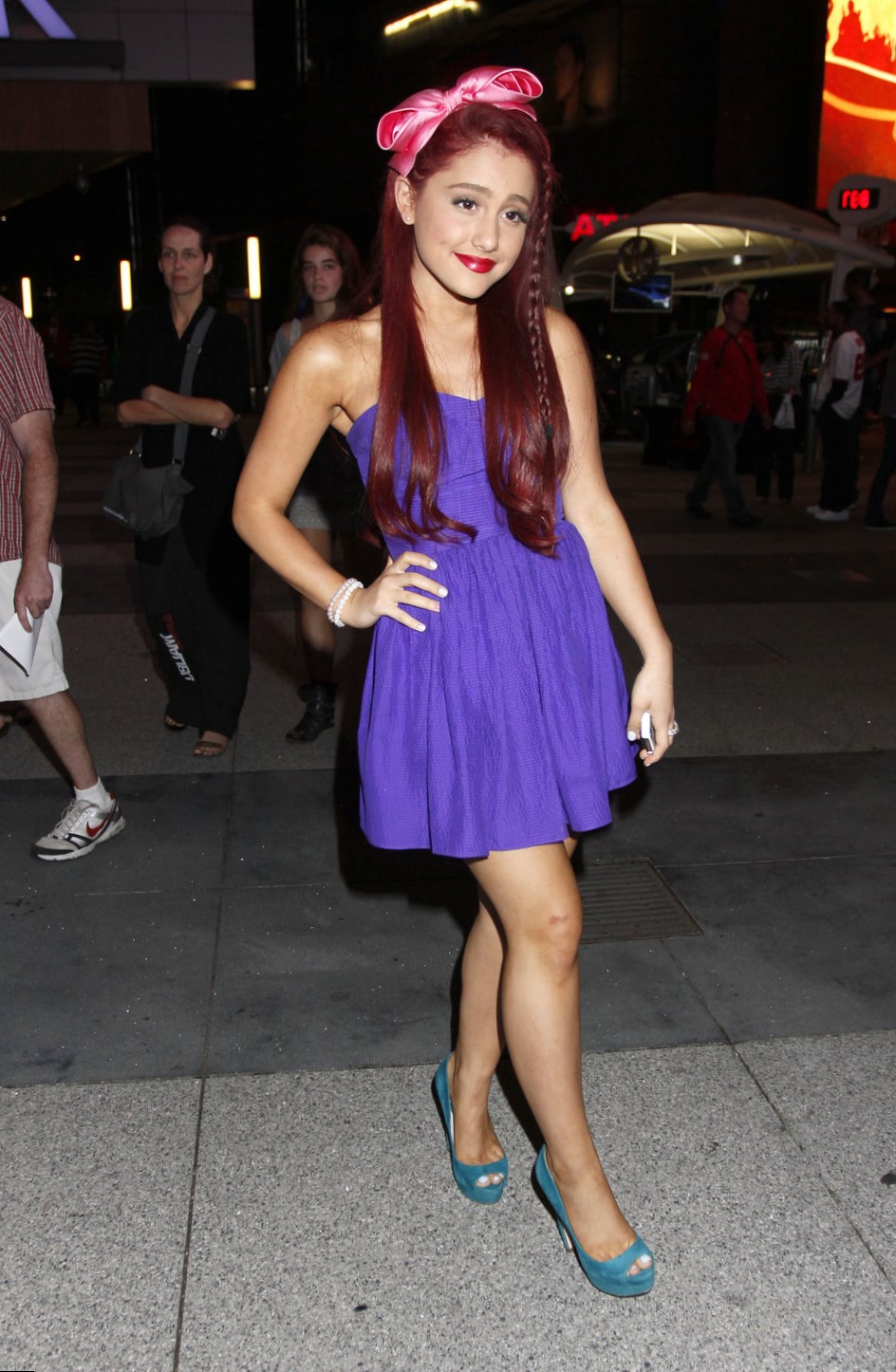 Ariana has perfect body. She had fit abs, long strong legs without any drawbacks or cellulite. So she can wear short skirts and shorts. 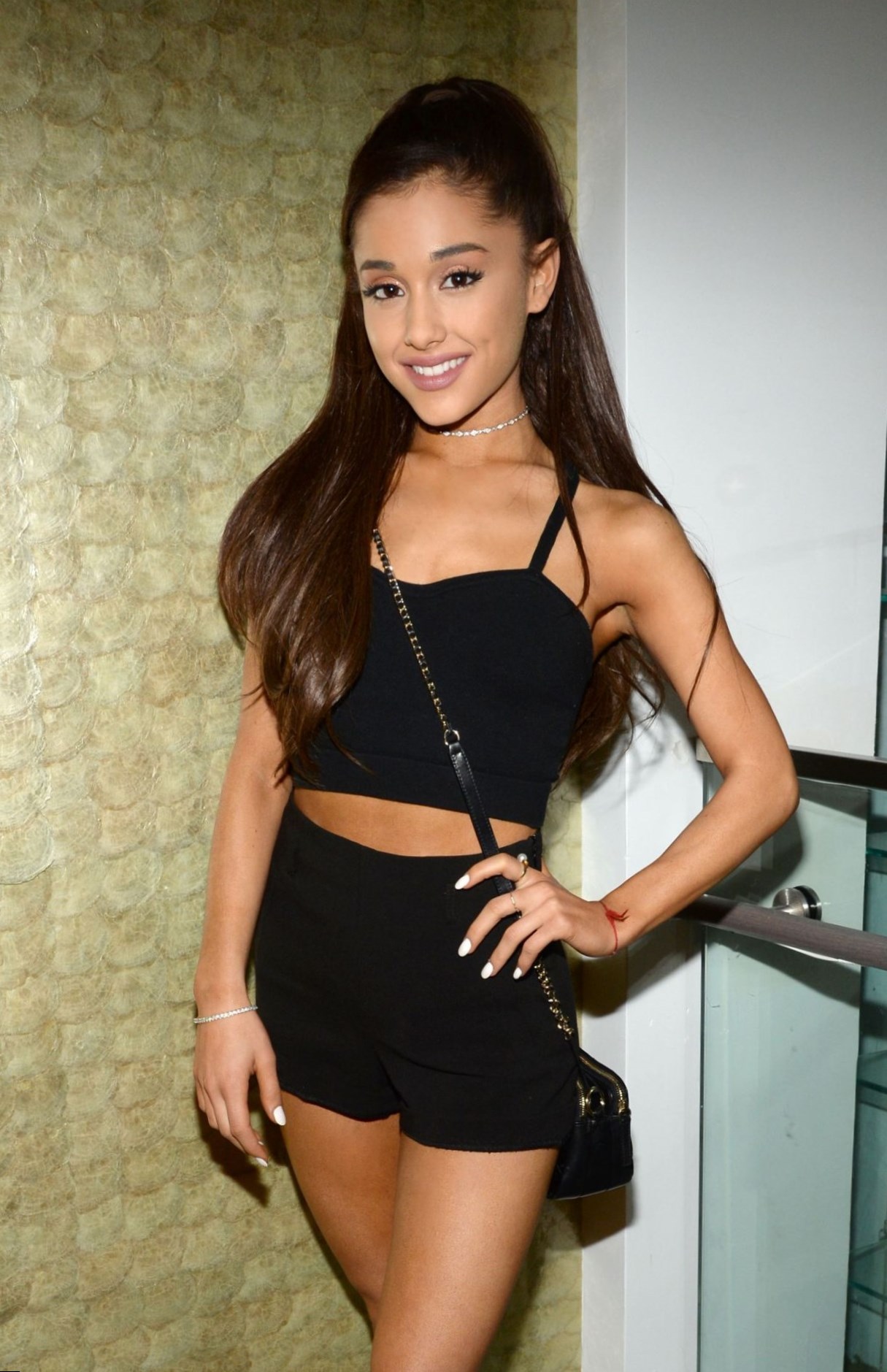 The actress uses bright make up. She applied the lash extension, colored her lips in red or pink and tried to make a ponytail. 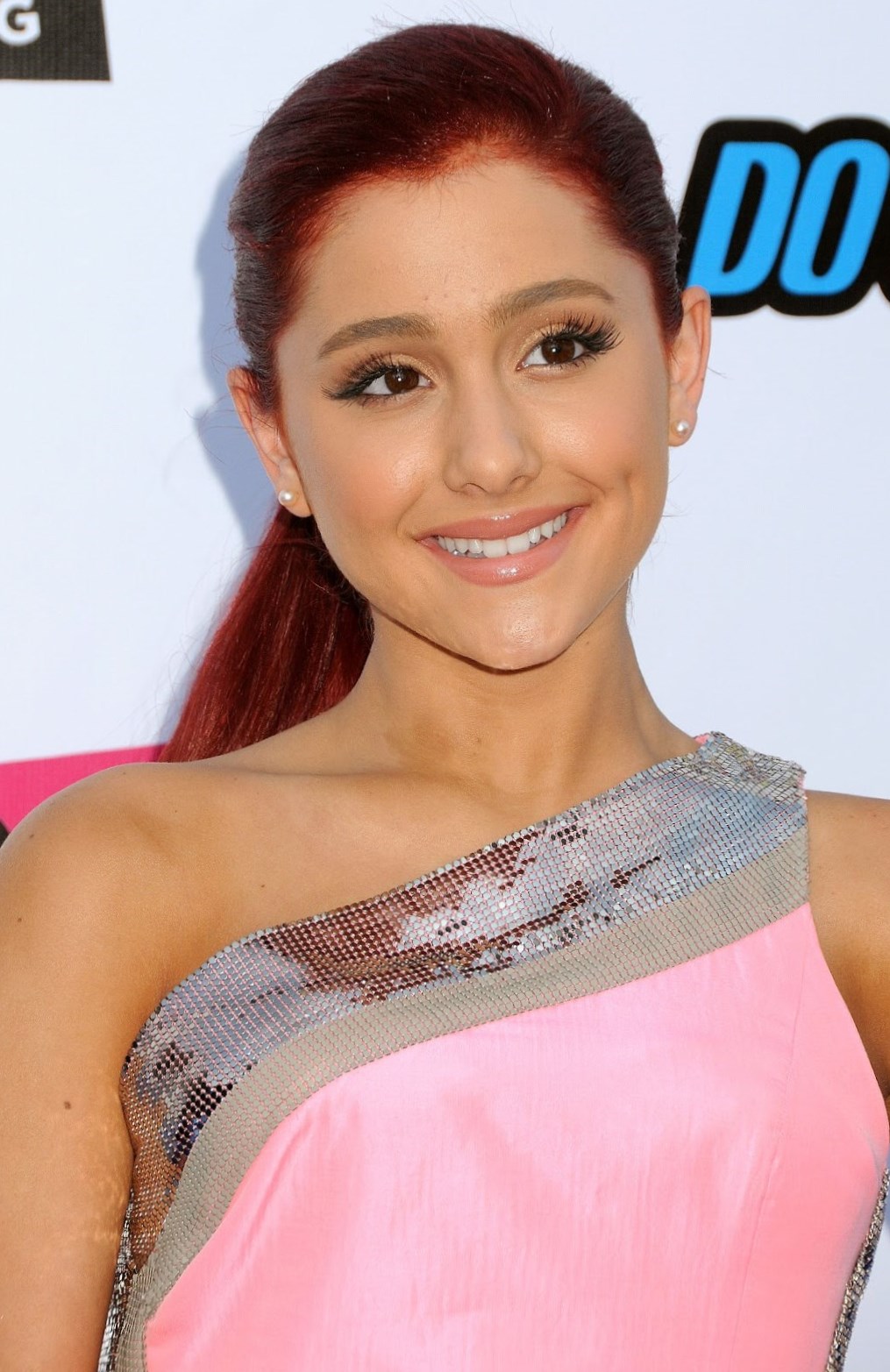 Ariana Grande is just 20, but she can boast with her own style. The actress and singer prefers dresses to skirts and trousers. Her wardrobe is full of dresses of different kinds, including lush princess dresses, little fun dresses with floral prints, sexy form-fitting models, which emphasize her body lines. Ariana Grande clothes in that period of time showed, that the girl was making an important step in her adolescence. 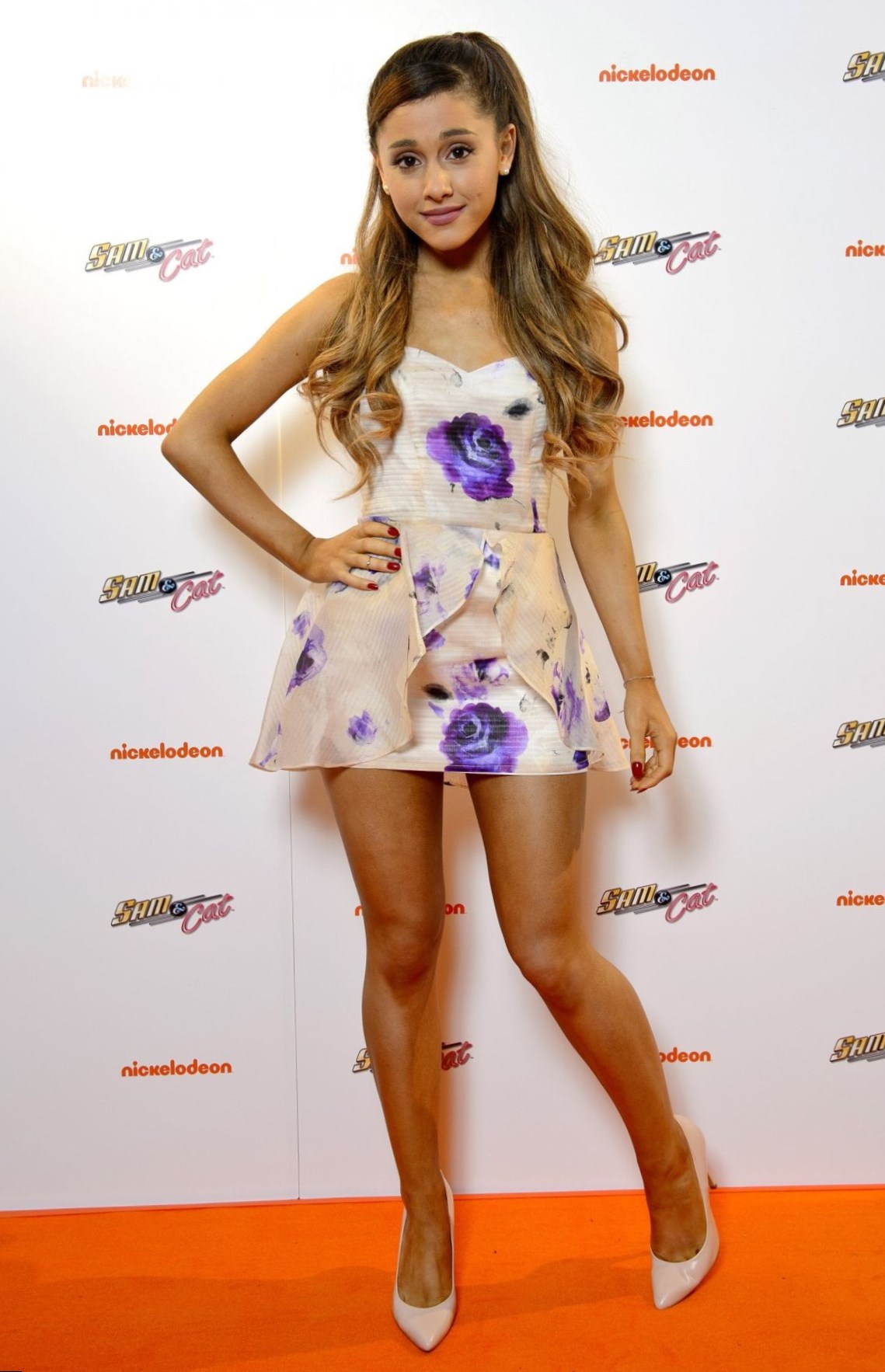 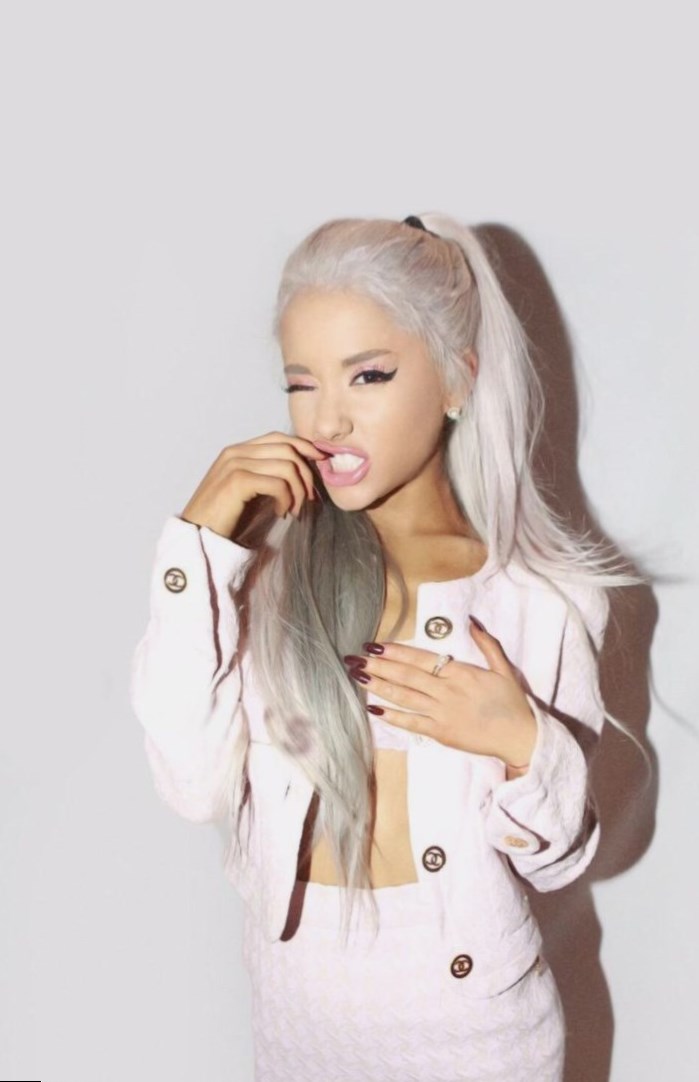 Ariana Grande is now 22. She is not a teenager anymore, but she is a young woman, who has her own vision of fashion.

She chooses unusual outfits now. Thus on March, 28 she put on latex black suit. The singer added bunny ears to her suit. She looked sexual and attractive and it was an ideal image for her song “Dangerous Woman”, which she was going to perform in that suit. 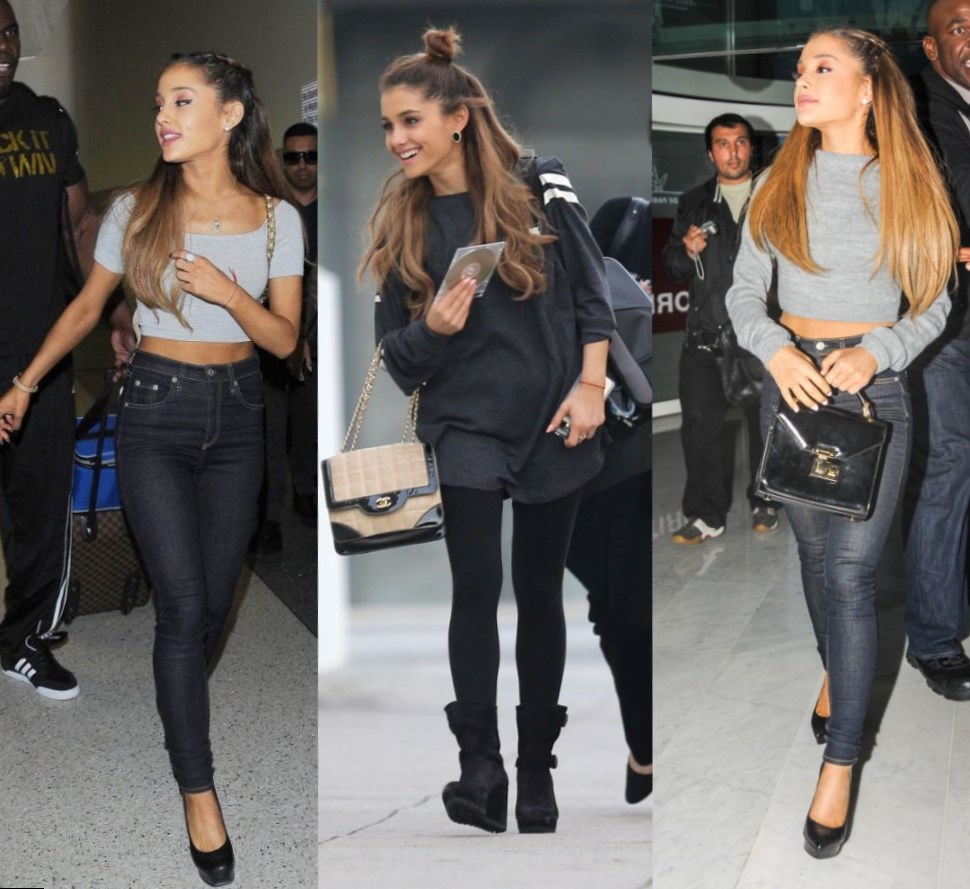 In fact some fans criticize the fashion style of Ariana Grande. They call her too childish for her age. Besides she doesn’t change her hairdo at all. She has long red hair, which sometimes she styles into a big ponytail.

In general the star has the look of a fairy, which has just come from the children’s book and her too sweet looks is annoying to some extent. 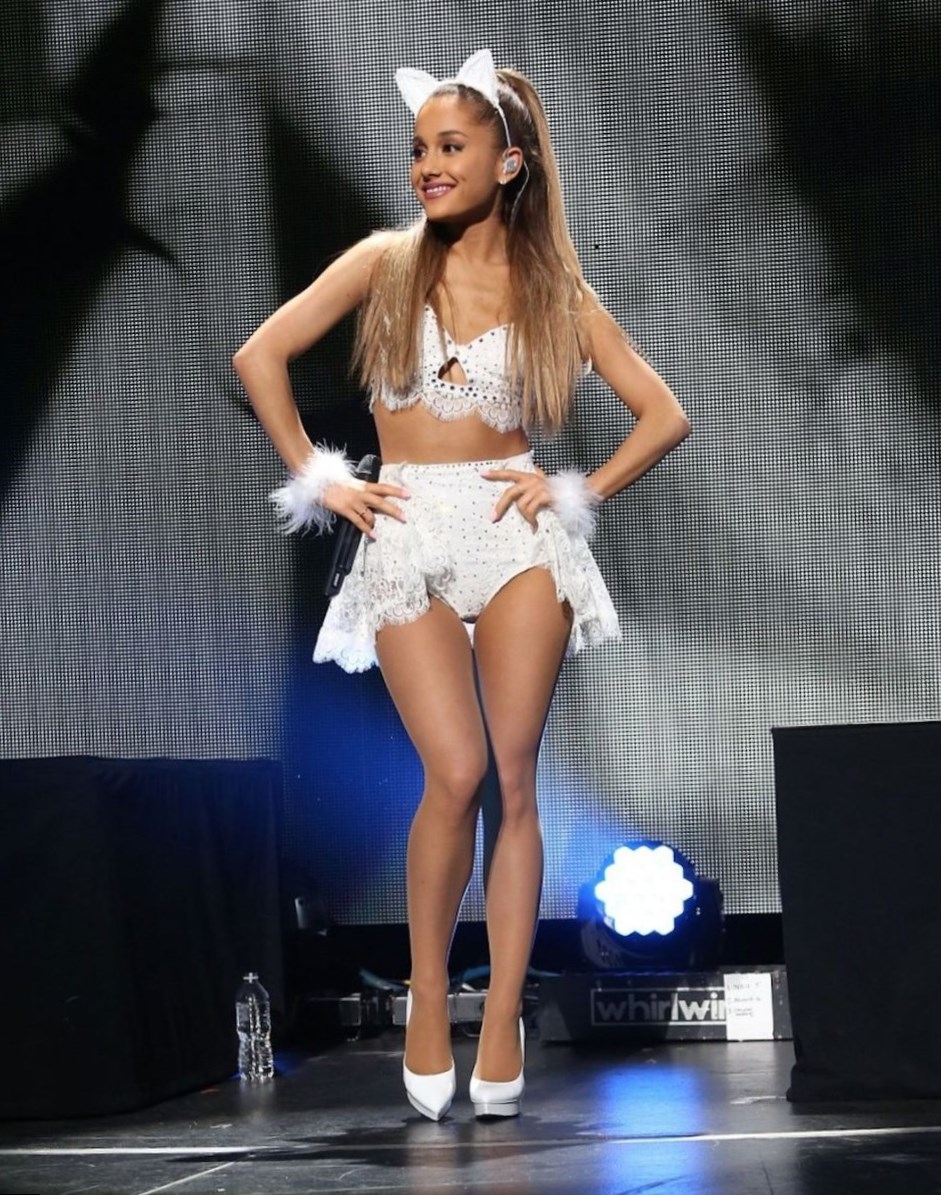 At the same time the star has great inner feeling of fashion, which helps her not just to look great on the screen and on the red carpet, but also to try her hand as a fashion designer. She got an offer from the Lipsy Company to create Ariana Grande clothing line for them. Twenty-two year old Ariana will design female clothes and her colleague Michele Keegan will make the collection for men. 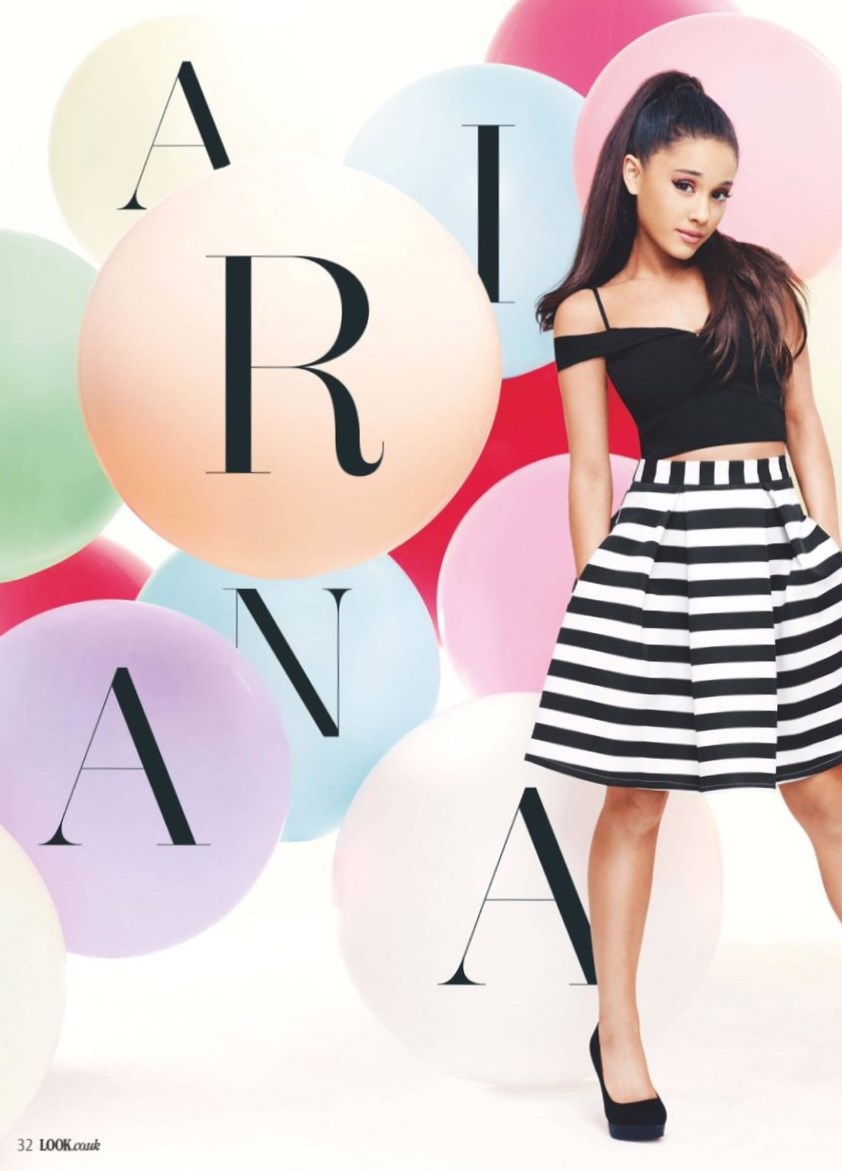 First clothes from Ari Grande appeared in March, 2016. The star offers her female clients sweet and delicate style. She offers dresses with huge flower prints, which will be perfect for summer season.

Ariana’s clothing line is made in red, pink and white colors. The star told that these colors are her favorite and wears them regularly for her everyday life. 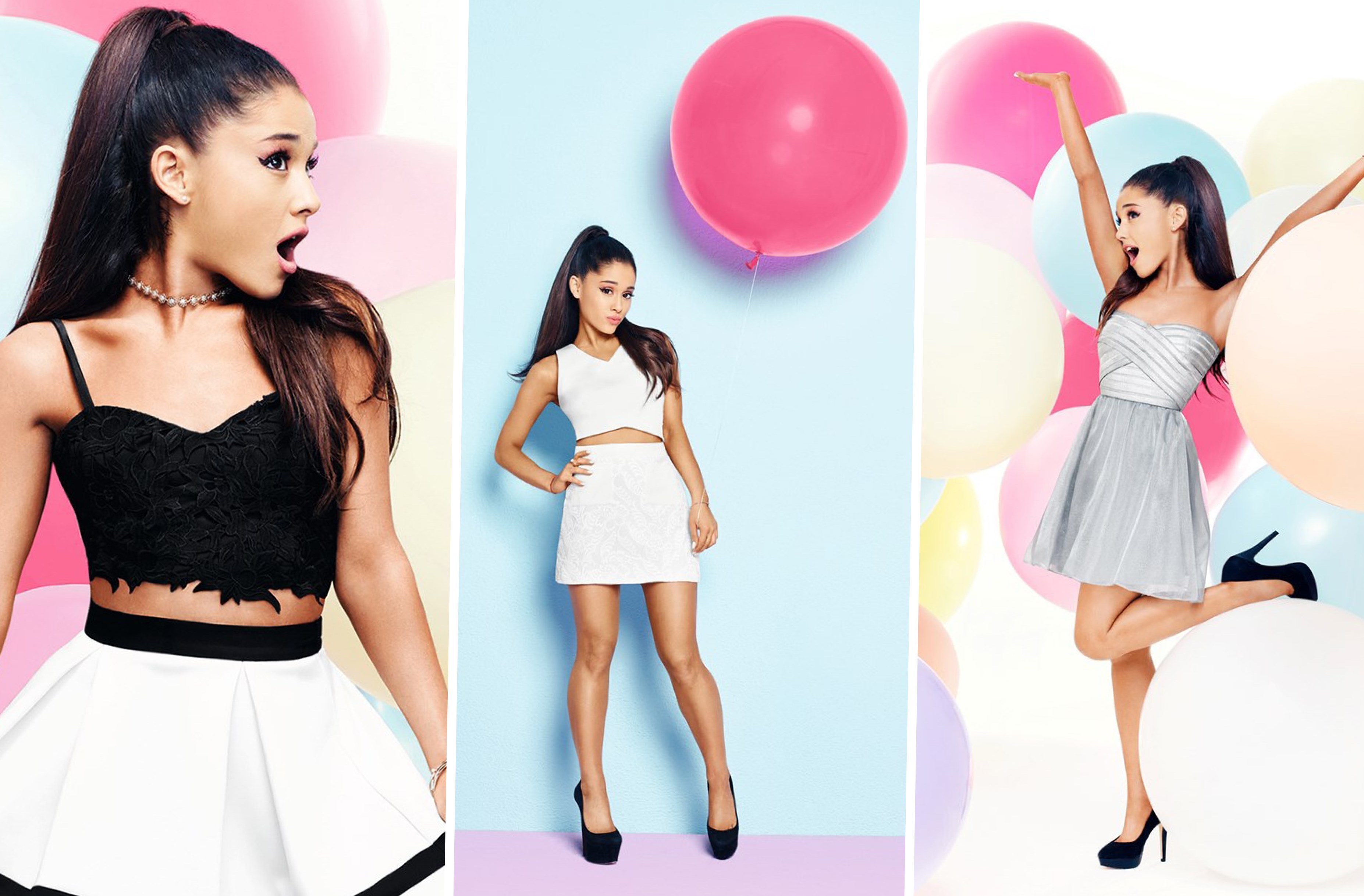 There’s good news. Ariana Grande for Lipsy collection won’t be extremely expensive, so for the lovers of Ariana Grande’s style it is possible to get the dress from her collection and then try to use the elements of her style to refresh everyday look.

Ariana Grande is a sweet girl, who smiles a lot and seems to be full of youthful energy. Ariana style is already formed – and it is unique for such a young woman. At the same time she is just 22 and of course her style will change. But for now she looks like a miniature from the toy shop and she seems to like her look.