Whom can you call your real friend? 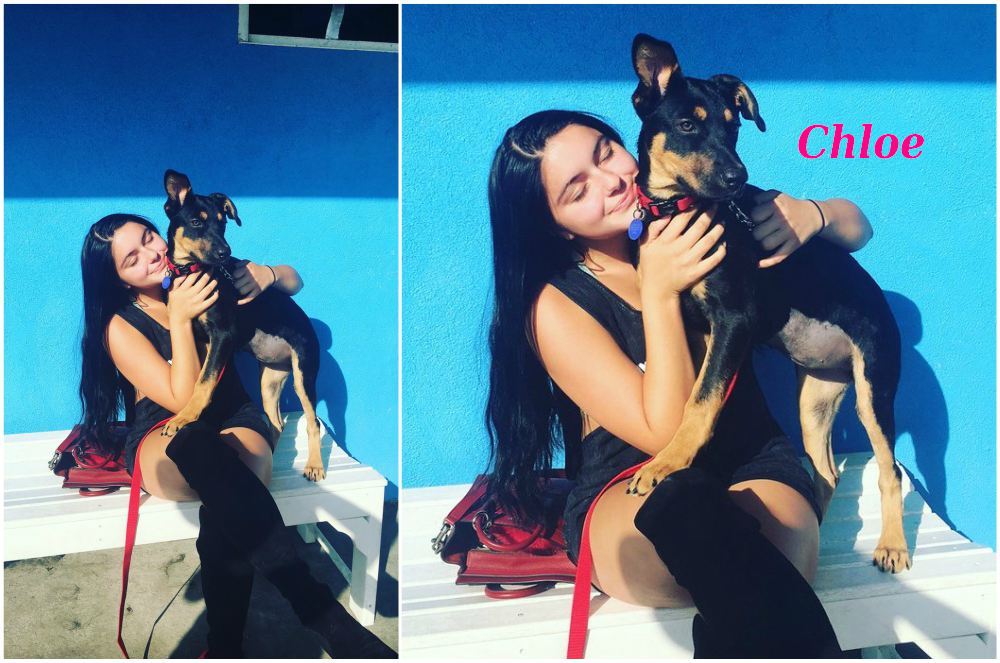 This summer the young actress, Ariel Winter, gained a new friend. It’s an adorable German shepherd named Chloe. This news Ariel as usual shared on her Twitter page. The first photo was extremely cute and either Ariel or her furry friend looked happy.

Ariel announced that Chloe was rescued in LA and she immediately fell in love with the new puppy.

The Modern Family star is a real dog-lover. In addition to a new Shepherd, Ariel has already had two more dogs – a fluffy Samoyed Casper and a small Rocco of French bulldog breed. Hopefully, the dogs will get on well together.

Being a public person, Ariel loves to share her photos in social networks. There are a lot of funny and cute pictures of her dogs, and we hope that we’ll soon have a lot of new Chloe’s photos too.

Casper is a real friend and a constant companion. It seems that this dog sometimes even substitutes the man. It was on Sofia Vergara’s wedding when Ariel took Casper as her plus one guest. It was really nice.

Ariel is a creative person. She wants he dogs to have everything that can make them happy. Do you celebrate your dogs’ birthdays?

Ariel does! For Caspers birthday the actress presented the dog with a huge doggy cake and posted a lot of touching pictures on her page. Casper was wearing a birthday cap and looked really happy. The same thing happened on little Rocco’s birthday. 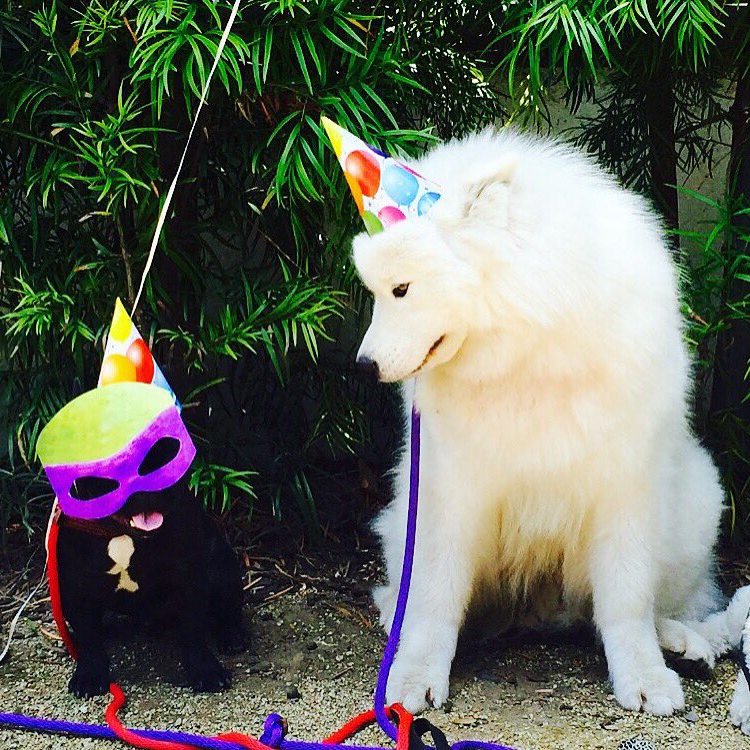 This Arctic Spitz comes from the dogs that accompanied Samoyed ancient tribes (hence the name of the breed) in their nomadic life. It is one of the most ancient breeds of northern dogs. Samoyed tribe used dogs as vehicles, guardians for herds of deer and as hunters for bear and walrus. This dog likes to consider itself a significant part of the family; therefore, it seeks to be in a center of attention in any case. They adore people and are extremely patient with children.