Dog Olive (Maltese Shih Tzu) – 14 of March is her birthday 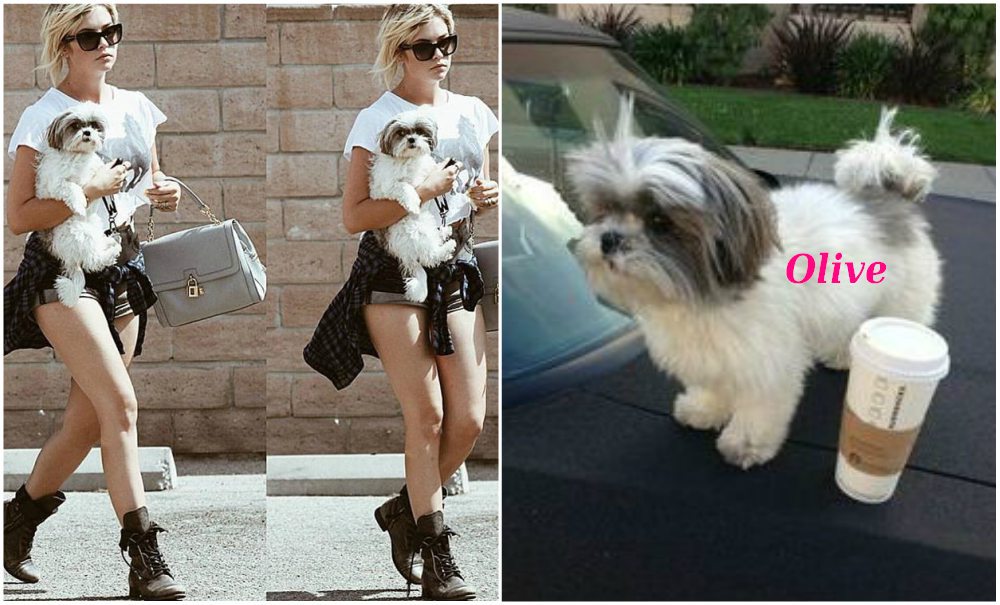 Since the very beginning of its appearance, Olive caused a real sensation. In order to support the popularity of the dog, Ashley Benson decided to follow the fashion and created a personal Instagram account for her four-legged girl.

Ashley loves spending time at home. She says that Olive is the best dog in the world. Ashley even treats Olive as a daughter. Therefore, she often likes walking together.


Ashley loves her pet so much that the girls even eat out together. Once, Ashley confessed that she prefers boring life to being a celebrity. That’s why her most favourite activity is going to the restaurant with the dog.

Dog of breed Shih Tzu, in spite of its extremely beautiful, toy and decorative appearance are not decorative dogs. Shih Tzu is a companion with an unusual character. Shih Tzu often doesn’t have an exact master at home, they share love between all members of the house. Shih Tzu do not like loneliness and persistently follow their owners wherever they went. Even while sleeping, for any movement of the master, the Shih Tzu is not too lazy to wake up, stand up, and follow him as a soldier. Due to its attachment to the people Shih Tzu is the perfect companion for the elderly and lonely people.

In 2014 Ashley introduced to the world the cutest puppy ever. The star became a loving mom for one more dog – black like a coal Walter Gene. The dog was introduced in the photo session made by Ashley in her car.

The two dogs seem to get on well together.

You may also want to know: Ashley Benson’s height and weight

Brussels griffon is more like a constant companion than a family pet. Dogs of this breed need to be in constant contact with its owner and can’t stand loneliness. Therefore it is better not to adopt a dog if are not ready to spend a lot of time next to your pet or do not have such an opportunity.