We wonder how people choose for themselves a particular dog breed. Well, when a person pursues certain objectives, the choice is clear. But how to deal with this issue when there are no special requirements for the potential pet, but just to have a true friend? 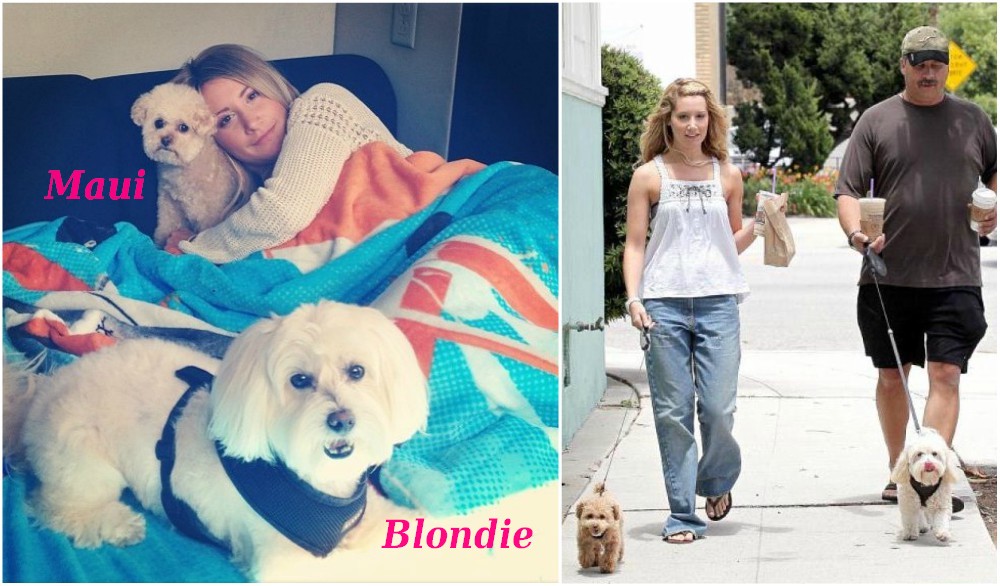 Ashley’s beloved friends are her two Maltipoo dogs (a mixture of Maltese and Poodle) – Blondie and Maui.

It seems that in cases when people are looking for a friend or even a family member, they are guided by their sympathies.

That is why the majority of girls choose their four-legged friends from the small breeds: they are little and cute that any girl isn’t simply able to resist their charm. For example, a young actress from New Jersey – Ashley Tisdale could not resist the lovely snow-white lump Blondie, with a kind of charm gained with the help of three large black spots on the face – eyes and nose.

Doggie such as white and fluffy as Ashley herself!

Blondie lives in the Tisdale family for quite a long time. This sweet dog Ashley got from her parents as a birthday present in 2005. The dog’s name was immediately clear – Blonde and Blondie.

We can also see Blondie on Ashley’s DVD “There’s something about Ashley”. Some Ashley’s photo shoots were also accompanied by this dog.

Maui joined Ashley much later than Blondie. Its nickname, this redhead miracle, got after the town on the Hawaiian Islands. Ashley’s been there, and she really loved those fantastic places. 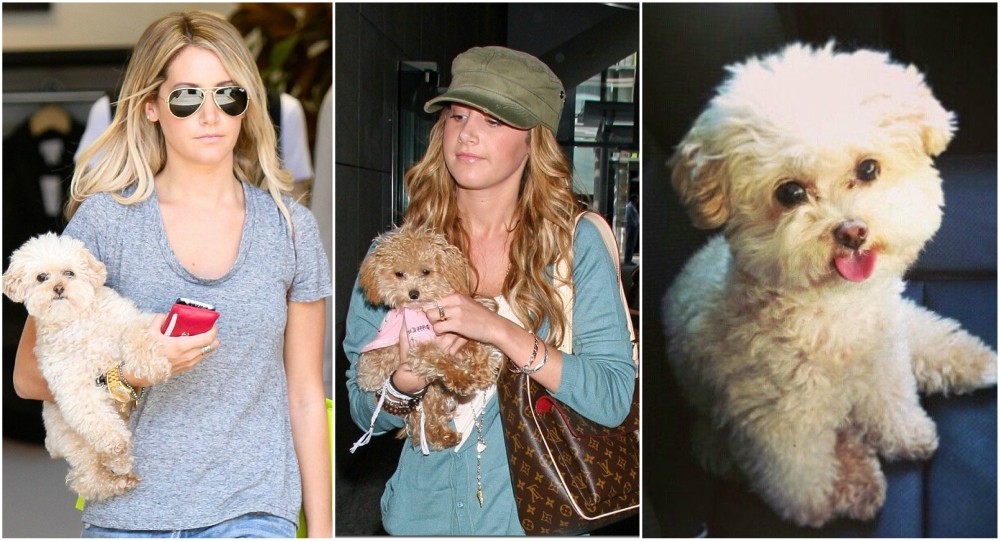 According to assumptions, Maui was presented to Ashley by Jared, her ex-boyfriend. Also, this furry cutie we can see in the photos of many paparazzi, and moreover, Maui was chosen by OK magazine as the best celebrity animal.

The dogs seem to lead a happy life. Their pictures often appear on Ashley’s social pages. She loves to share her little cuties with her followers, and we are glad to admire them.