Men are always capricious… But this celeb man has rather reasonable demands. You wonder what are they? Let us explain.

The actor shared that when a woman appears in his life, he honestly says that she has to love his dog. 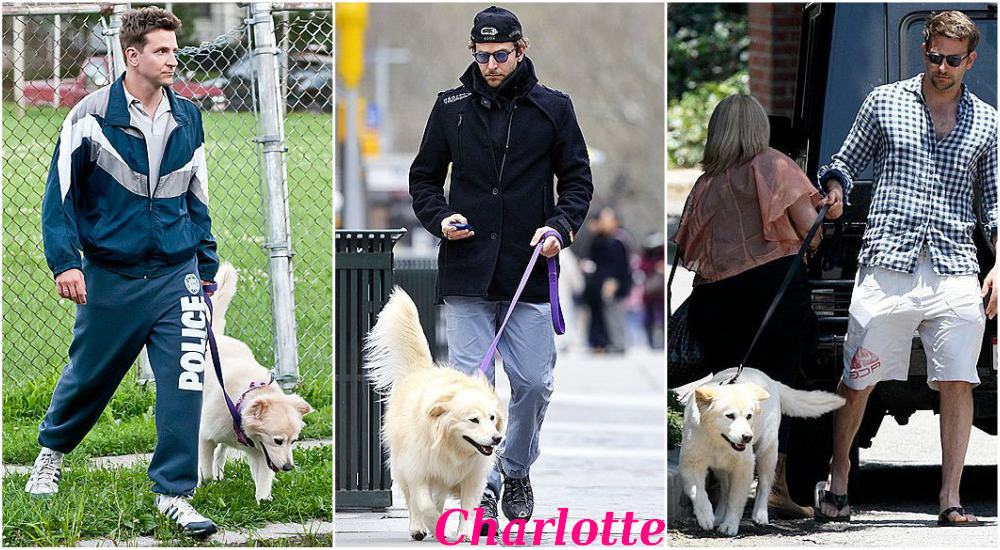 Gorgeous Charlotte is a mestizo of Chau-Chau and Labrador retriever. Bradley Cooper found her in a shelter in Santa Monica. He admitted that he fell in love with her at first sight.

Being Cooper’s girlfriend, Renee Zellweger, once led Charlotte to the set, where Bradley worked at that time. She gave the dog a sandwich, after which Charlotte felt bad, and the owner had to take his beloved pup to a vet clinic.

Shortly after that Renee and Bradley split up.

Now, Cooper is looking for professional dog sitter for Charlotte. The actor said that the person must love dogs with all her heart, understand their psychology … and be ready to sleep in the same bed with Charlotte. So, Cooper’s fans, you have a chance!

These days, left without the dog’s company, Charlotte follows the actor everywhere. The dog is accustomed to traveling and nomadic lifestyle.


But Charlotte is not the only love in Bradley’s life. The first was Samson – Bradley literally saved him from death, taking a dog from an animal shelter when it was less than a week before it should have been brought to sleep (as we know, in the US dogs in shelters have a limited time, and if they can’t find the owners or can’t transfer the animal to a charitable organization, it has to be euthanized).

Cooper was crazy about his dogs. They are very different. Samson was a real stoic, while Charlotte is a lady, affectionate and loving. During the time that they’re together, Bradley learned a lot from both of them. By nature the actor is something between his dogs, he said.

But, unfortunately, a tragedy happened in 2010. Samson, who has lived in love and care for 13 years, died. Now, there is a huge portrait in Bradley’s living room. 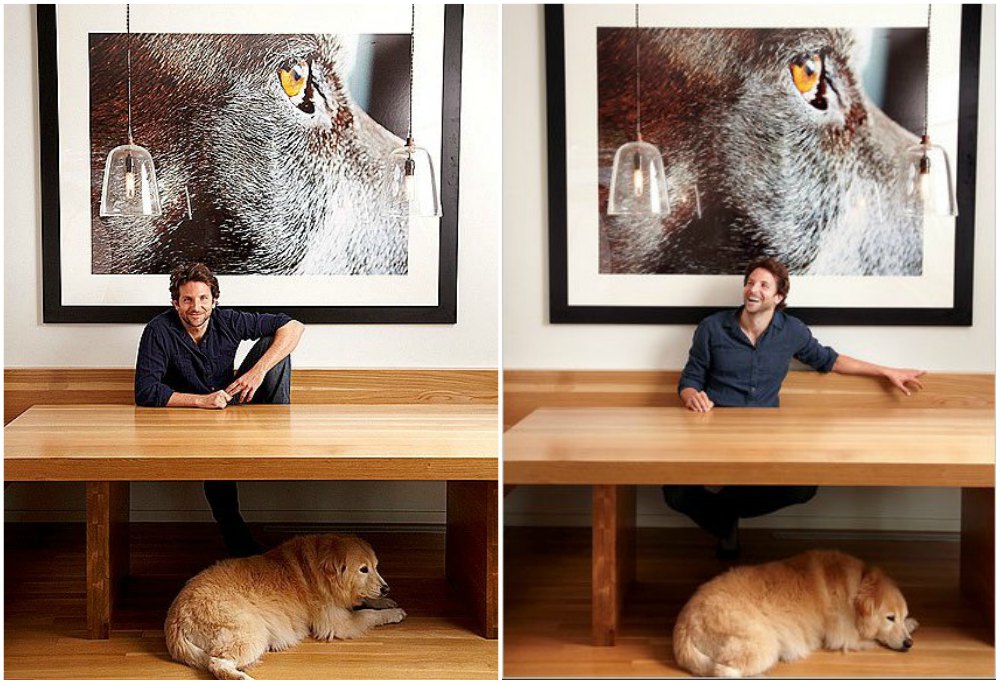