Chloe Grace Moretz is one of those actors who grew up on the screen.

The girl was only six years old when she received her first film role. She played Chelsea Lutz in the film The Amityville Horror. The little actress was so excited about the film that the impression of the shooting process got a special place in her soul. 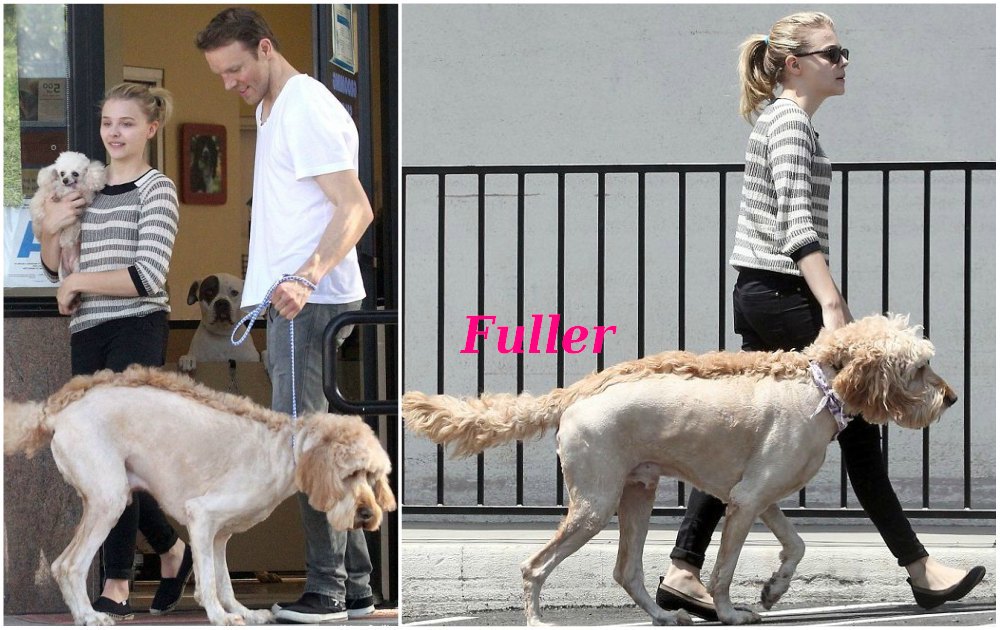 In order to honor this experience, Chloe made up her mind to name her dog after a film producer, Bradley Fuller, so it was called Fuller. In addition, another her dog, Chinese crested, was called after the nickname of her film heroine – Missy. Isn’t it cute? 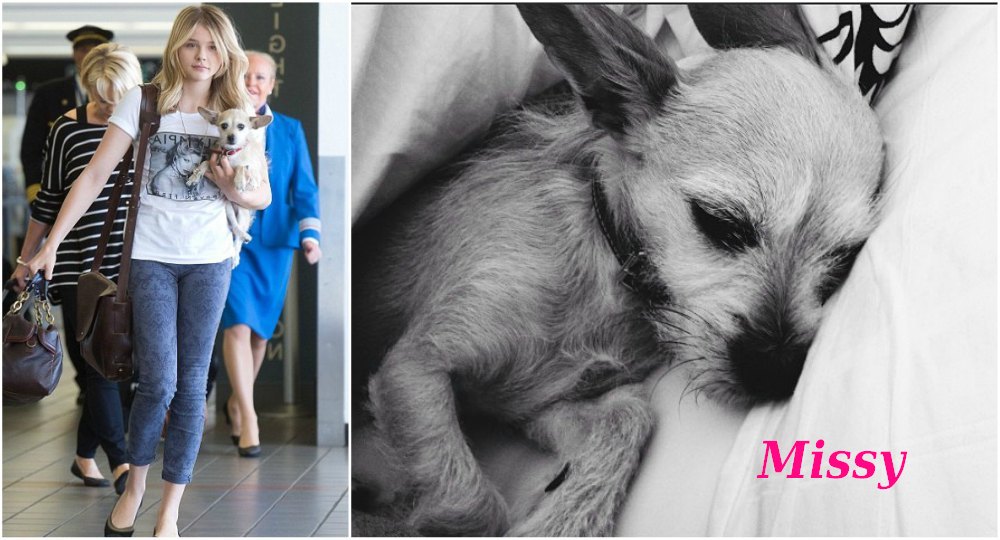 Fuller is a huge Irish setter. This dog has a thick coat, so one summer, Chloe made up her mind to help him to cope with the warmth. You wonder what did she do?

The actress took the dog to a groomer who shaved the dog’s fur in a Mohawk style. Yes, Fuller looked funny with a Mohawk along all its body. Did you see Ryan Gosling`s dog? He has the same haircut.

Irish setter is a gentle, kind dog with good manners. This is quite energetic breed that needs some space to run and play. The dogs of this breed require a lot of attention and time with his family. Irish setter is a people-oriented dog and always prefers the company of people to loneliness.

Isabella is an old little poodle. You can often see Chloe holding this dog in her arms while walking in the city. The actress’s attitude to Bella is very warm and sensitive. 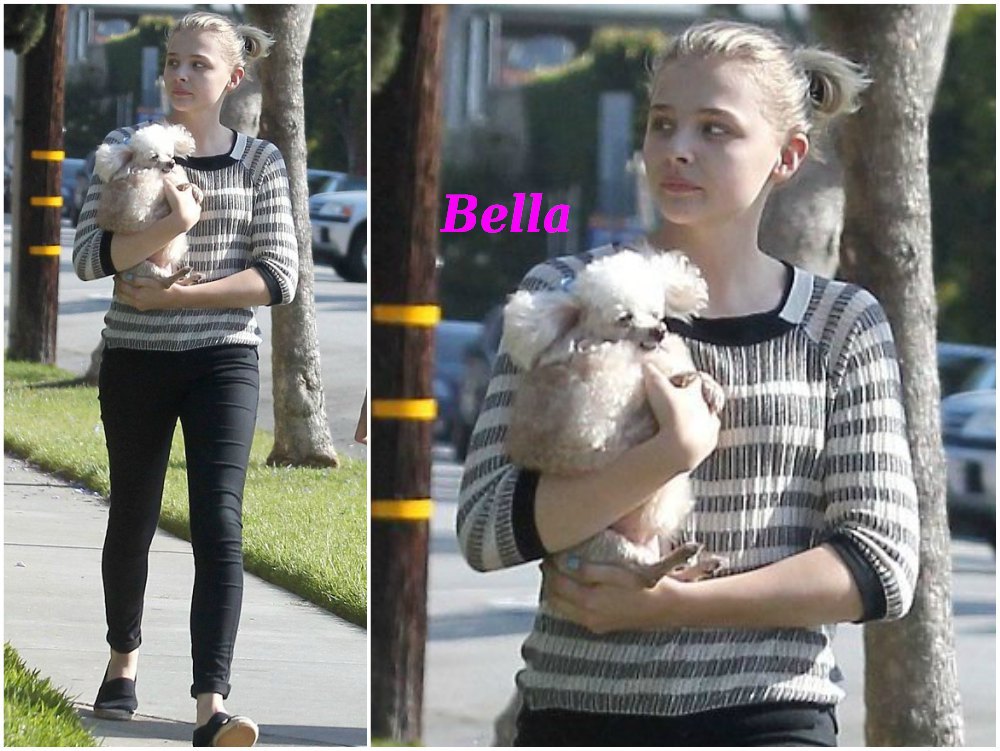 The situation with Missy is a bit different. This Chinese crested is a bit odd, but it only makes Chloe love it more. It’s a rescue dog. It was treated in a bad way, so Missy has hardly any teeth. Nevertheless, the dog gets from Chloe as much love as it could hardly ever dream of. The young actress even took Missy to shootings and they often travel together. 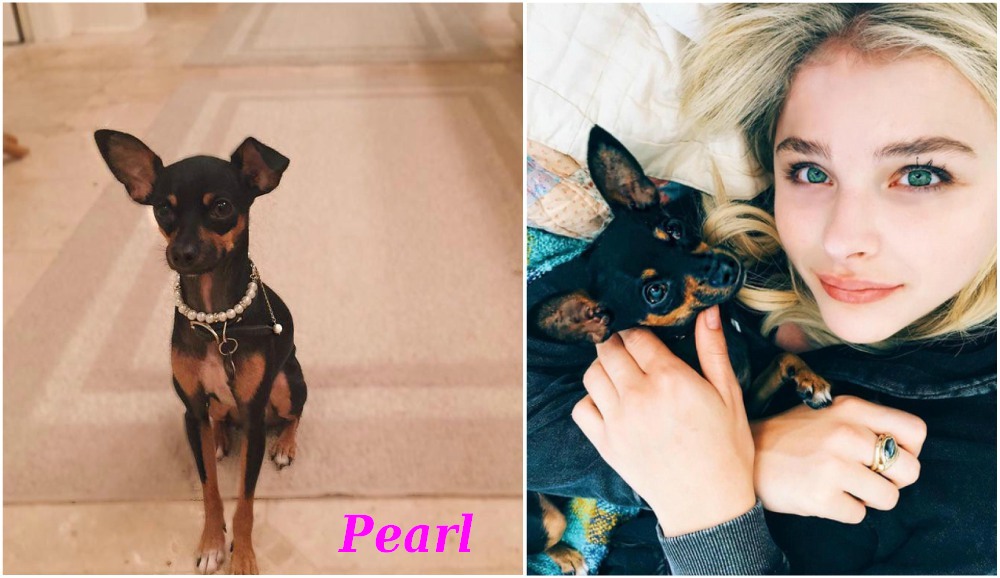 The “If I Stay” actress often shares her photos with a little furry cutie – Pearl. It’s a tiny black doggie that keeps Chloe a company everywhere – in the bed, in the city, and even at work. They two look sweet together. Even Chloe’s boyfriend fell in love with this little creature.

In the actress’s family there is another furry inhabitant – a cat. The only thing we know about Chloe Grace Moretz’s cat is its name – Zoe. Unfortunately, the other data about it is unknown.