Did you know that Ed Sheeran is not only a successful singer and songwriter, but also a great kitty lover and animal rescuer? Yes, he really is.

The story with his cat is very touching.

At the very beginning, Ed didn’t think about adopting a pet. But he changed his mind after he got to know that the kitty would have been put to sleep forever if there hadn’t been any home for him. 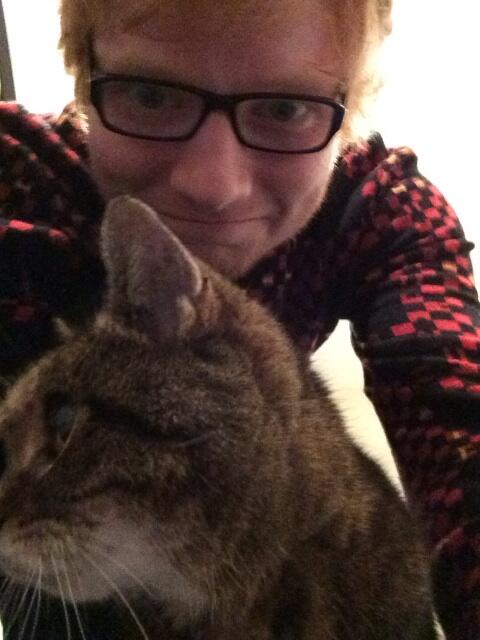 Ed Sheeran couldn’t allow it happen, so he made up his mind to adopt a one month-old kitten.

Ed shared photos together with his new pet, so that the followers could admire the cheerful singer. Looking at the photos the heart melts.

It became main stream to create personal accounts to the pets. Ed Sheeran followed the example of many other celebs and created a Twitter account for his cat Graham. There he shares the newest pictures of their common adventures.

GrahamShizza is a Twitter nickname of a celeb cat. Though being busy public person, Ed Sheeran has time to update cat’s account, so Graham looks like a very active Internet user who has extremely interesting routine.

There was nothing special in the Graham’s first “Meow” (that was the very first publication on the cat’s page). It was followed by the first selfie.

How many followers do you think this cat has? 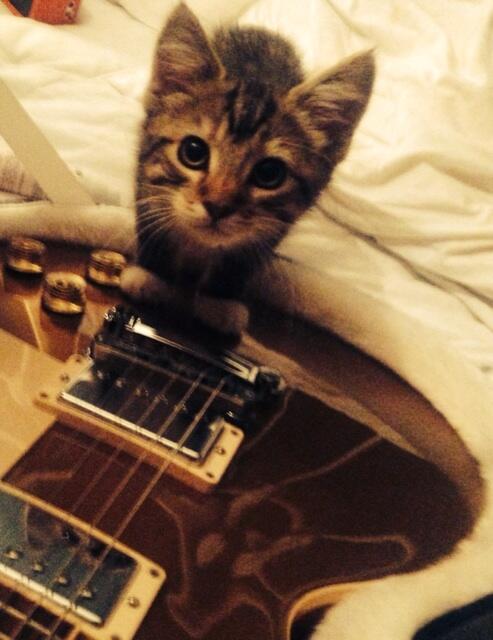 About twenty six thousands! On the account there are a lot of pictures of the cat itself, selfies, selfies with a famous dad, and a lot of others.

To support the opinion that he is a great cat lover, Ed Sheeran proudly wears his sweatshirt with cats.

Ed says that the most favourite Graham’s thing is falling asleep together with his celeb dad.