When he’s not busy on the set Hugh Jackman copes with the role of a loving husband, father and master: he takes away his children to school, has dinner with his wife and gives a walks to his French bulldog Dali. Even in winter, before heading to the park for playing snowballs Hugh dresses Dali in a warm jacket and the shoes. 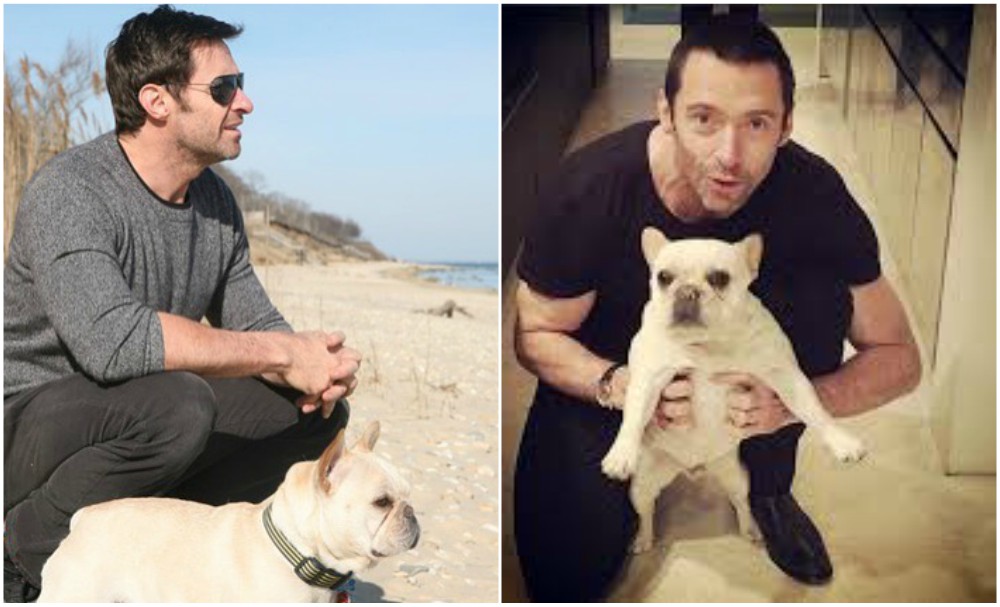 The actor loves animals, so for Christmas 2014 he made himself a gift in the form of another charming puppy. On his page in Instagram Hugh revealed the first photo of the new pet.

It is a caramel-coloured poodle-terrier mix, which shares a bowl with a charming furry friend Dali. 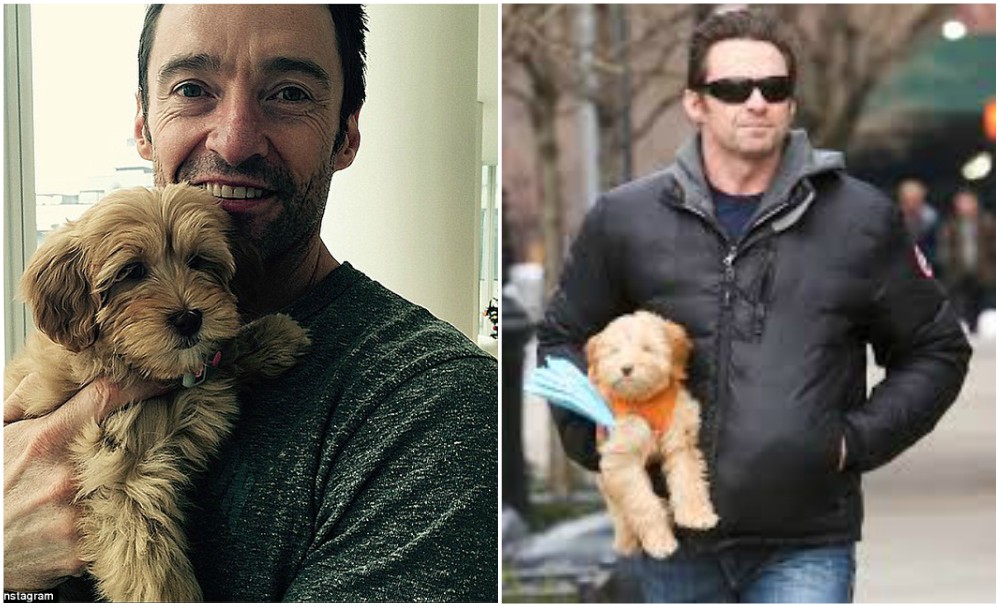 But how did Dali join the family?

Hugh Jackman, his wife Deborah-Lee Furness and son Oscar once were in New York. Accidentally or not, but they decided to buy a dog. Together, they went into one of the pet shops. The choice fell on a two-month French bulldog. These dogs also are the members of some Hollywood stars’ families such as Leonardo DiCaprio, Reese Witherspoon, Gisele Bundchen, Christina Ricci and other celebrities. The family paid $ 2000 for the dog and brought it home to the children’s delight.

From that moment, Hugh Jackman had to walk with the little dog as well as with children. Of course, children play with their pets at home, but the duty to walk it all the same lies on the head of the family.

How did Hugh and his family choose the name for the dog?

The decision didn’t take a long time. As far as the dog’s mustache stuck out in different directions, that reminded them of the artist Salvador Dali. That is why he was given the nickname Dali. 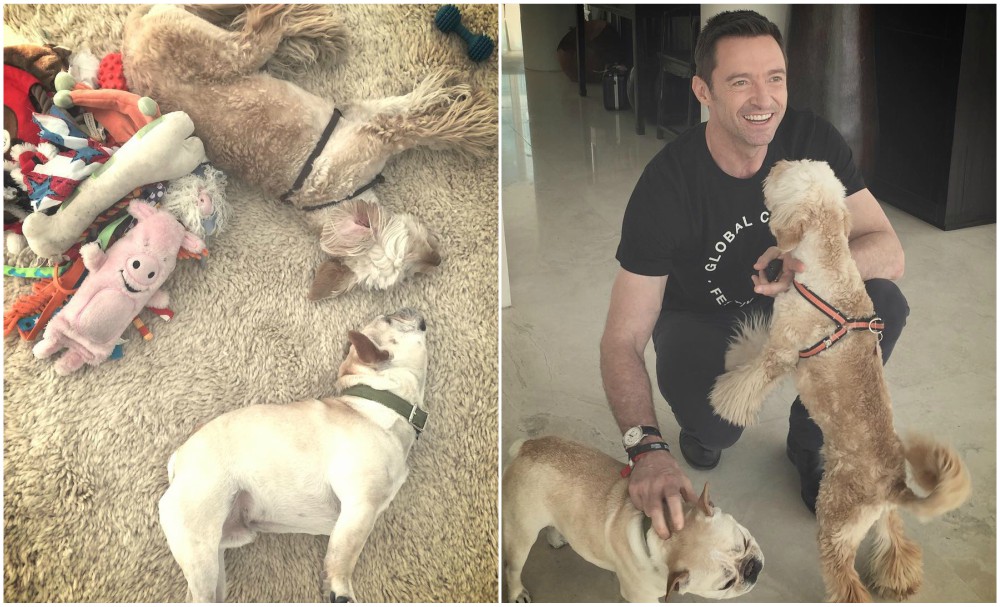 From that very moment, a full-fledged member of the family Dali and if they all go somewhere or even fly, it should be with them. Dali was bought in late 2010. During this time, he grew up in a pretty good dog. It’s of apricot colour. Children love squeezing him and Dali bravely endures their embraces.