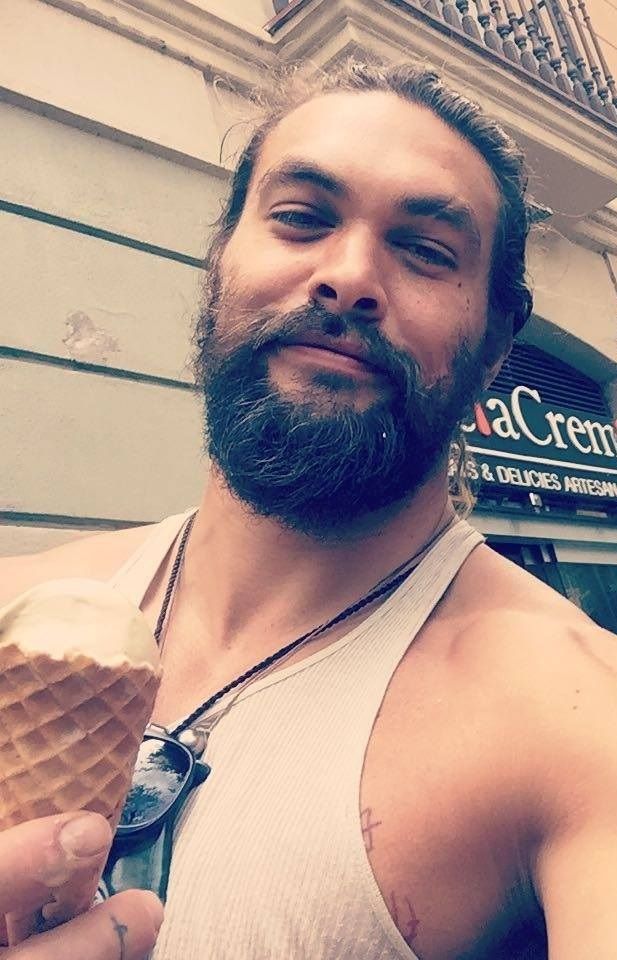 
Jason Momoa initially earned his living by modeling and working as a shop assistant. His acting career began in 1999 when he obtained a part in Baywatch: Hawaii television series. Afterwards, he proceeded with playing in North Shore, Stargate Atlantis, Game of Thrones, The Red Road, Frontier plus See series.

Momoa’s big screen debut happened in the 2004 film Johnson Family Vacation, but he made a breakthrough only in 2011 due to starring in Conan the Barbarian. Today, the star’s other successful credits include Debug, Sugar Mountain, Justice League, Braven and Aquaman movies.

Jason’s transformation through the years really impresses. He entered the show business being a sweet boy and turned into a big brutal man with long hair and a beard. Moreover, he has lots of tattoos as well as a signature scar on the left eyebrow.

Momoa loves rock and ice climbing, mountain biking, snowboarding and martial arts, but he spends much time at a gym while preparing for the roles. Thus, while preparing for Aquaman, his workouts were extremely intense. And though the celebrity loves carbs, his diet was based on meats and veggies. However, the only guilty pleasure he couldn’t resist was his favorite Guinness beer.