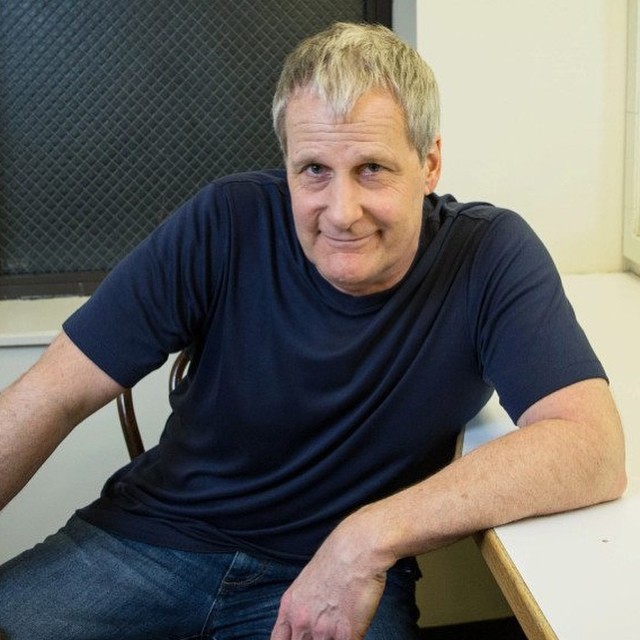 
Jeff Daniels is famed for his acting talent that brought him 2 Emmys and several nominations for Golden Globe and Tony. His career started with theater in the 1970s and in 1981, he landed a debut film part in Ragtime. However, the recognition came to the performer only in the 1990s thanks to Dumb and Dumber.

Today, the list of Jeff’s most successful movies includes 101 Dalmatians, My Favorite Martian, Chasing Sleep, Blood Work, The Hours, I Witness, Because of Winn-Dixie, The Answer Man and Paper Man. Besides, he wrote and starred in Guest Artist, Escanaba in da Moonlight and Super Sucker films. What’s interesting, he directed the latter two.

Daniels can boast of a number of television roles. For instance, he played in The Crossing and Sweet Nothing in My Ear films plus The Newsroom, Godless and The Looming Tower TV series.

Additionally, the artist is a talented musician who presented six albums and performed soundtracks for some of his projects, including The Newsroom, Mama’s Boy and The Purple Rose of Cairo.

Though Jeff needed to have a messy hairstyle for his breakthrough role of Harry Dunne, his hair always looks neat in everyday life. Moreover, he has been faithful to the same haircut for ages.