Jennifer Aniston is known not just because of her talented screen works, but also due to her beauty. The actress is charismatic and very attractive. It is rumored that she spends for various beauty procedures annually much more than her ex-husband Brad Pitt spends for his six children tutors. On the 11th of February this year an actress was 47, but she looks minimum 20 years younger. Her good look is one more reason to watch Jen Aniston movies. Jennifer Aniston movies and TV shows include more than 180 projects. In spite of her marriage in summer, 2015, when she tied the knot with an actor Justin Theroux, Jennifer Aniston is very active in her career. She takes part in several new movies annually. Here are not all of Jennifer Aniston movies, but the most important of them. 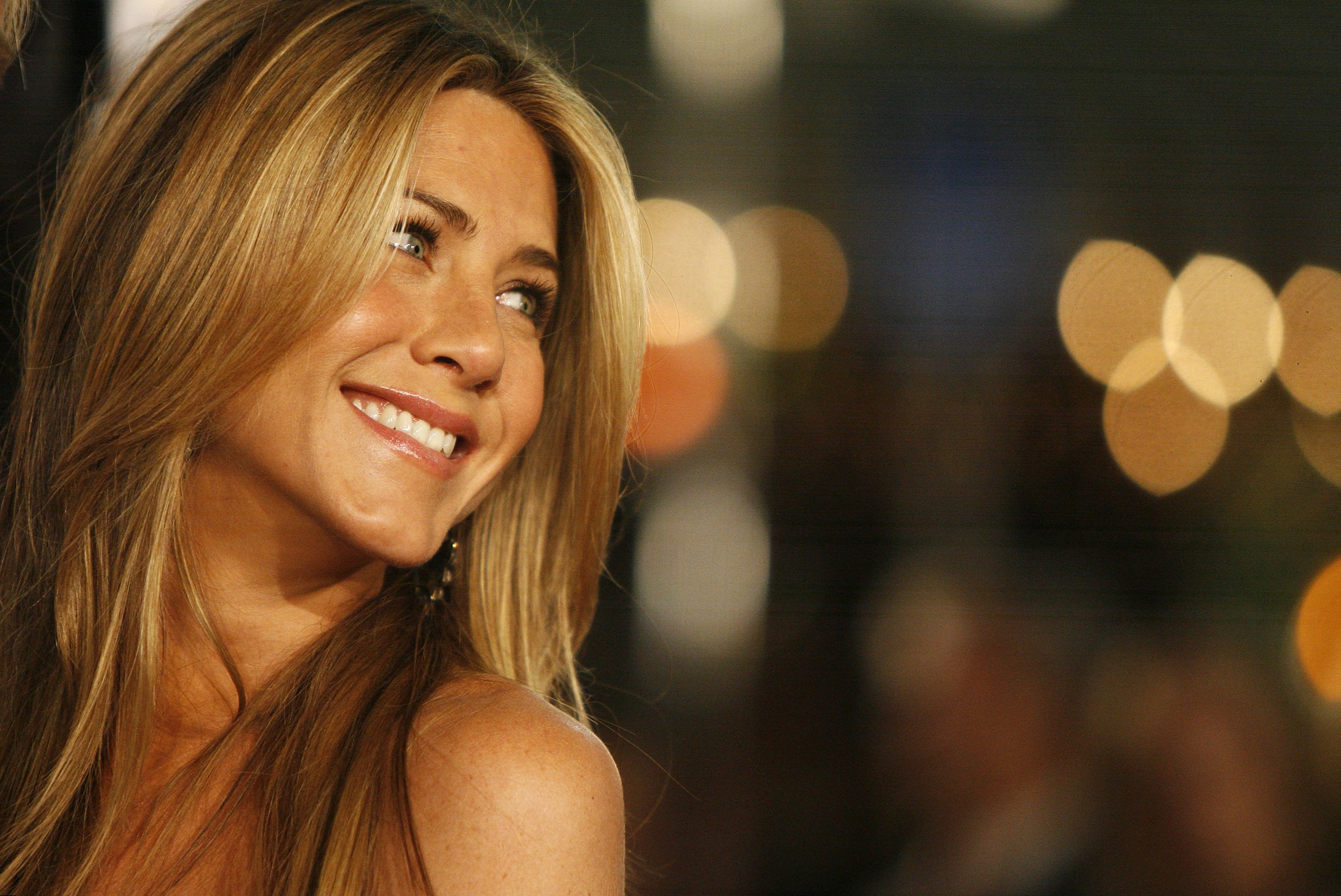 Every actor has the most important role in his filmography, that role, which made him popular. No doubt, for Jennifer Aniston the most important project is TV series “Friends”, when an unknown actress was chosen by Kevin Bright to act as Rachel Green. 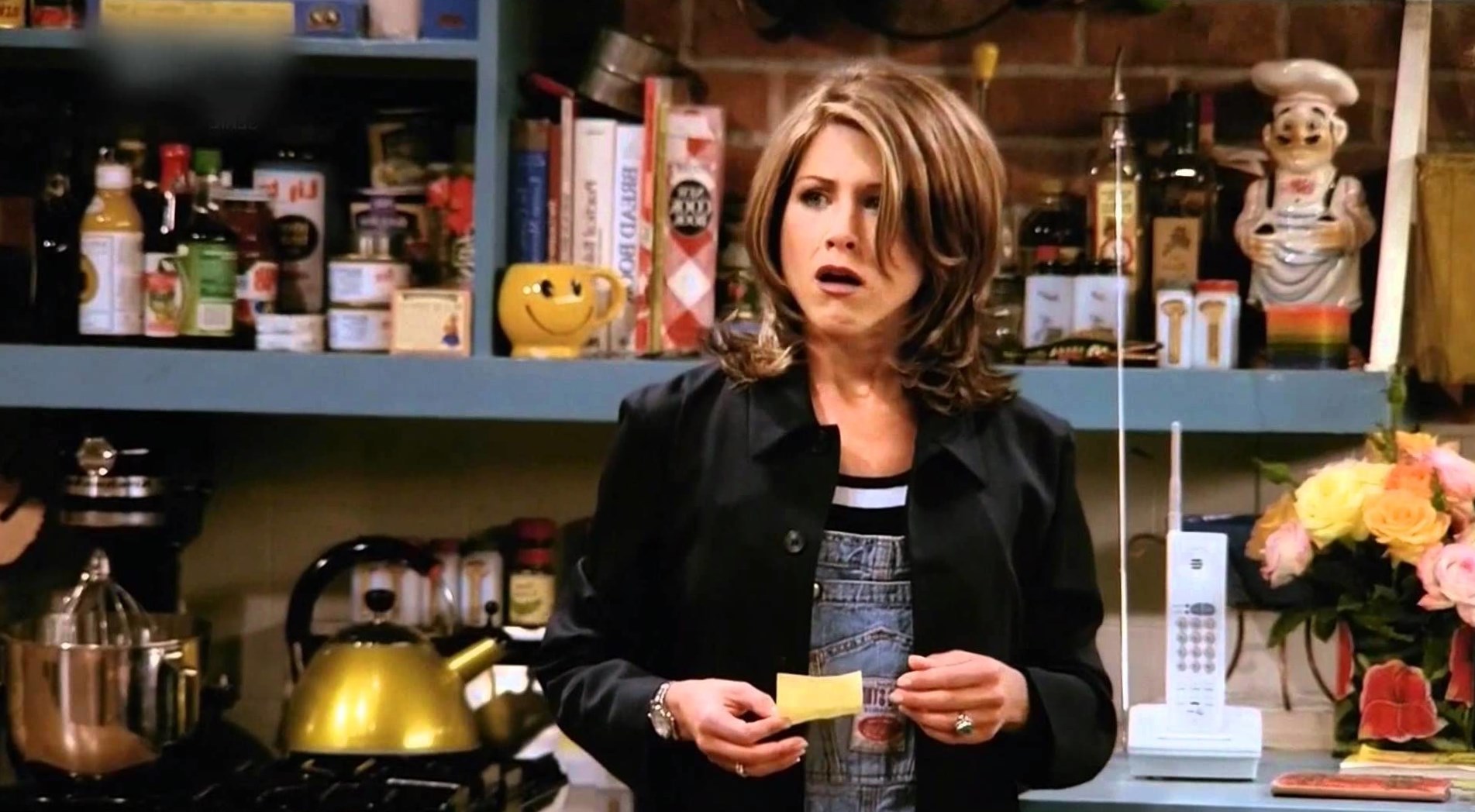 Jennifer Aniston got used to play a clumsy funny girl, that’s why the role of Kate in the big screen movie, directed by Glenn Gordon Caron was the copy of her famous Rachel. Nevertheless people liked the film. 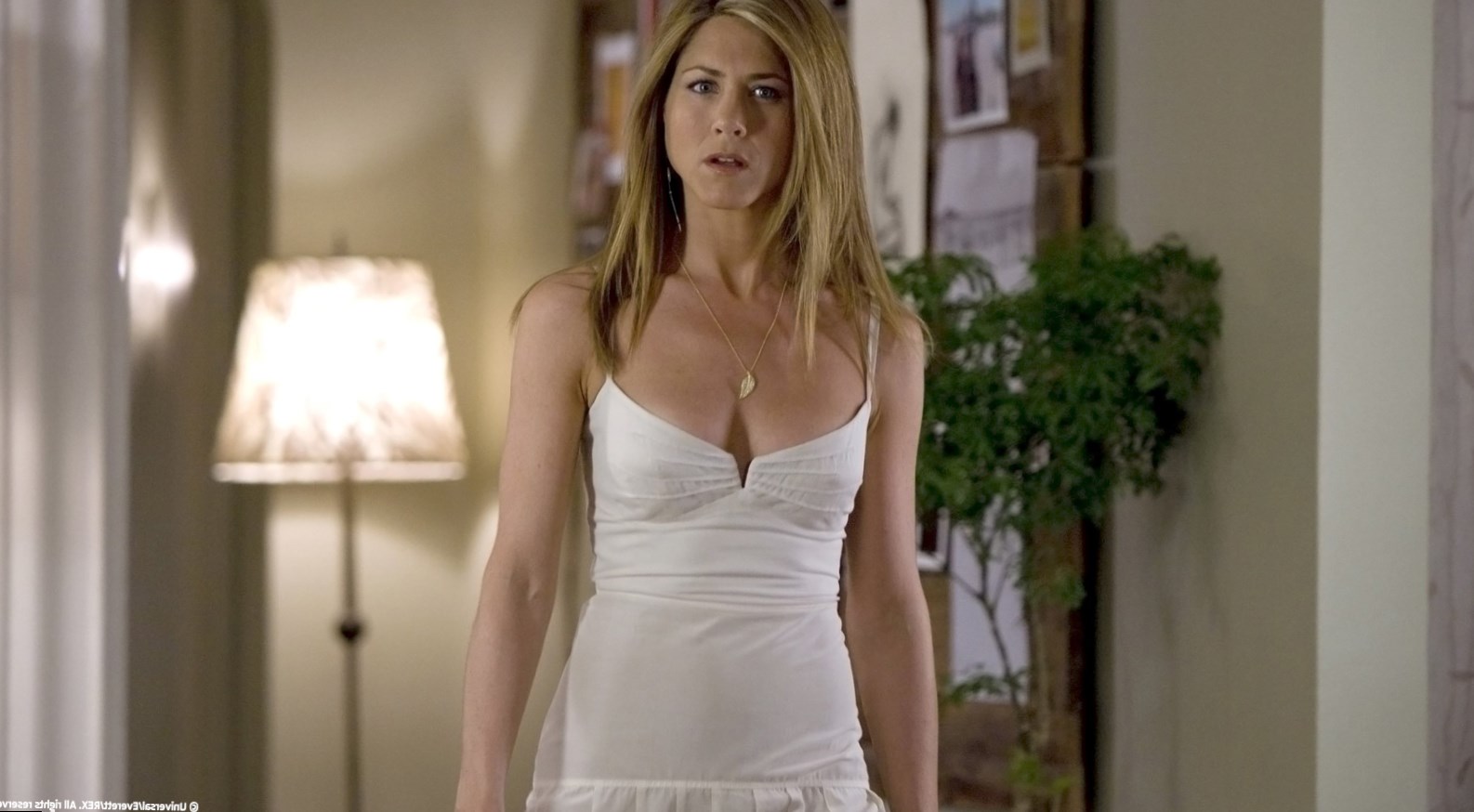 The role of Emily Poule was different. She was much stronger, much more active. This Jennifer Aniston film was different from her previous screen works, but she had enough experience to that time to cope with it. 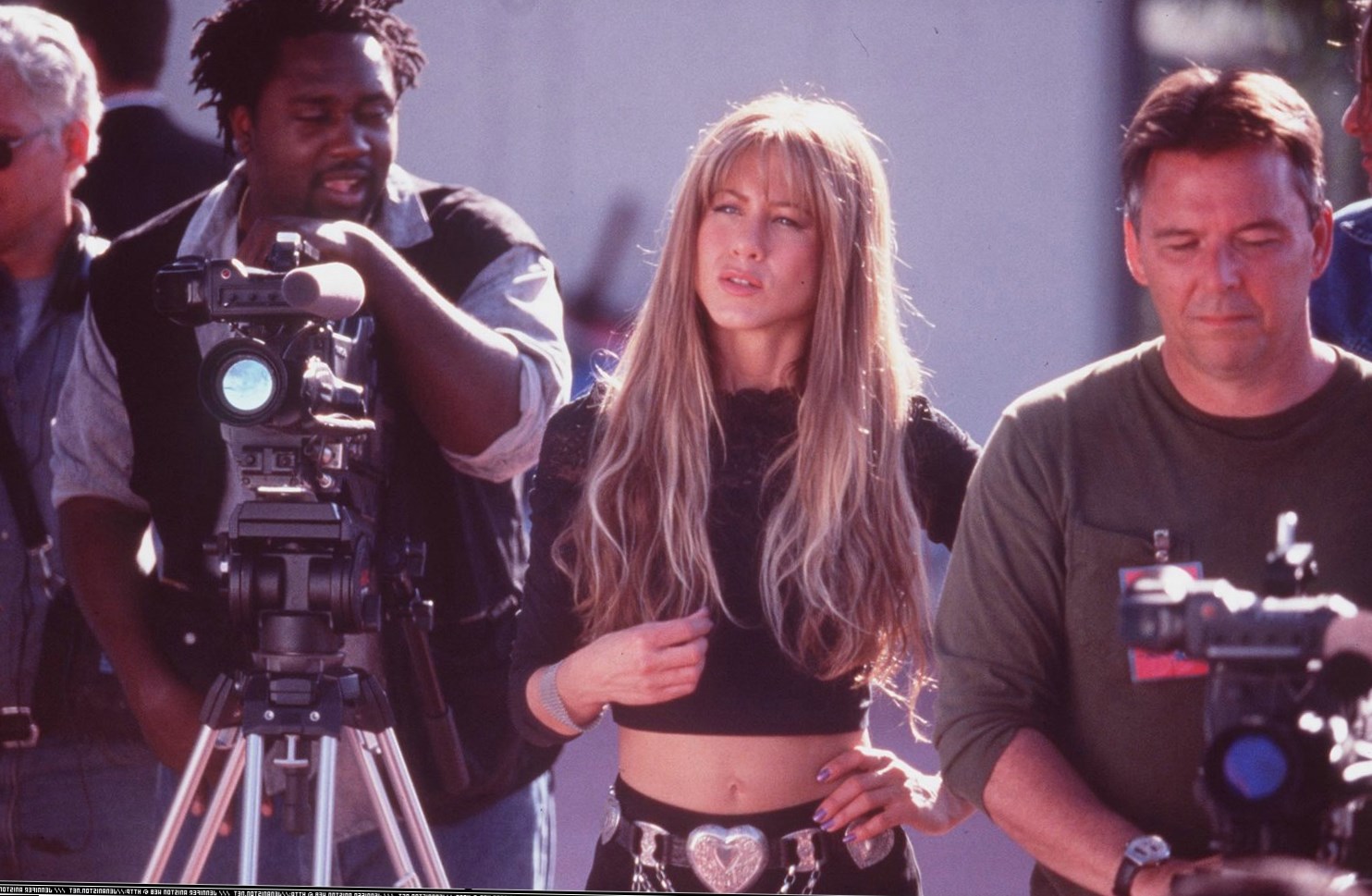 Jennifer Aniston was the only actress from “Friends”, who became the owner of Golden Globe Award. Probably, that’s why she was invited for the main roles much more frequently. Her Polly, a strong willed and active woman, who was afraid of serious relationship, cemented her as an actress, who plays funny and attractive girls, who are lonely deep in their soul. 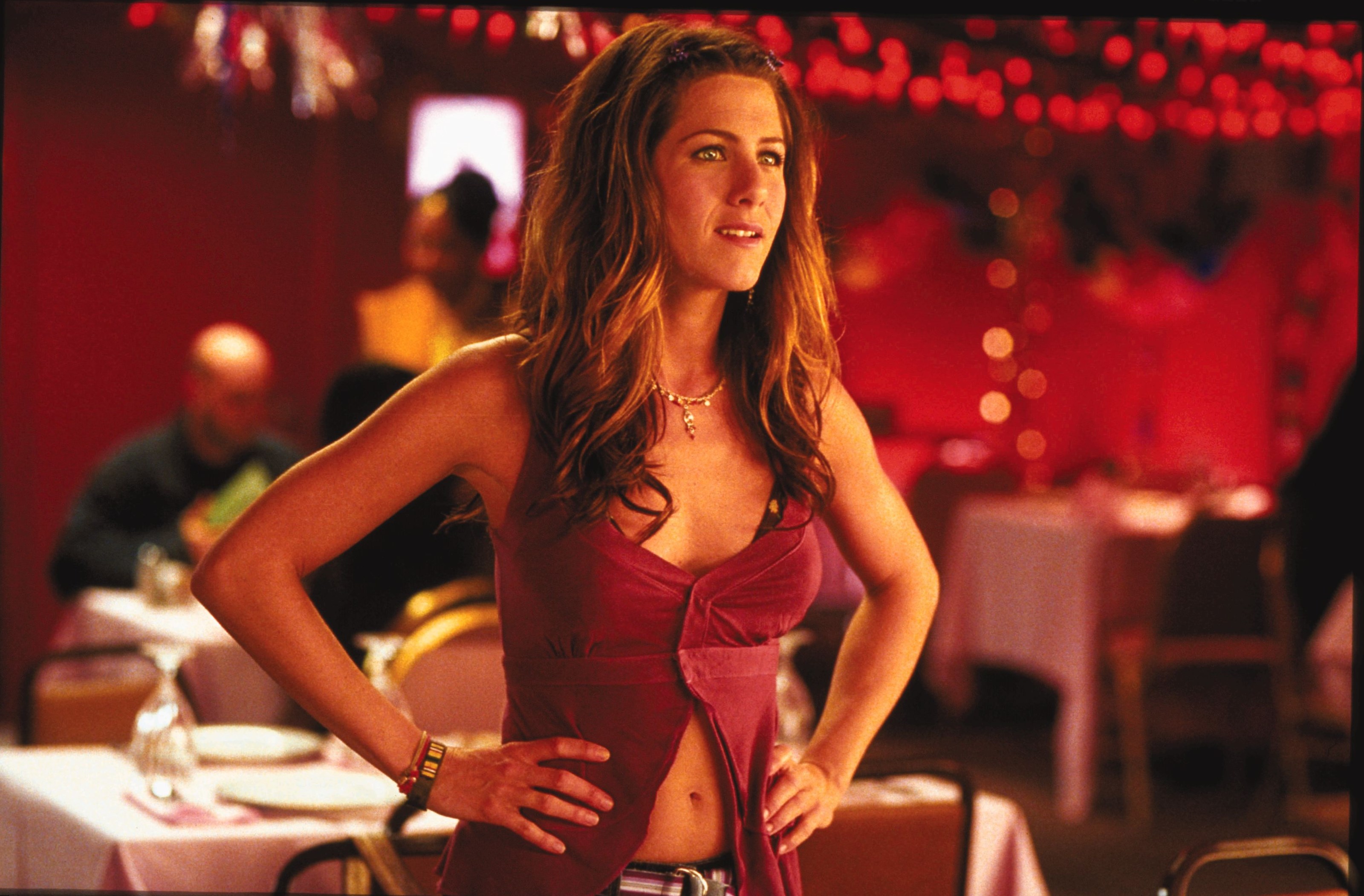 Jennifer Aniston in ‘Along Came Polly’ 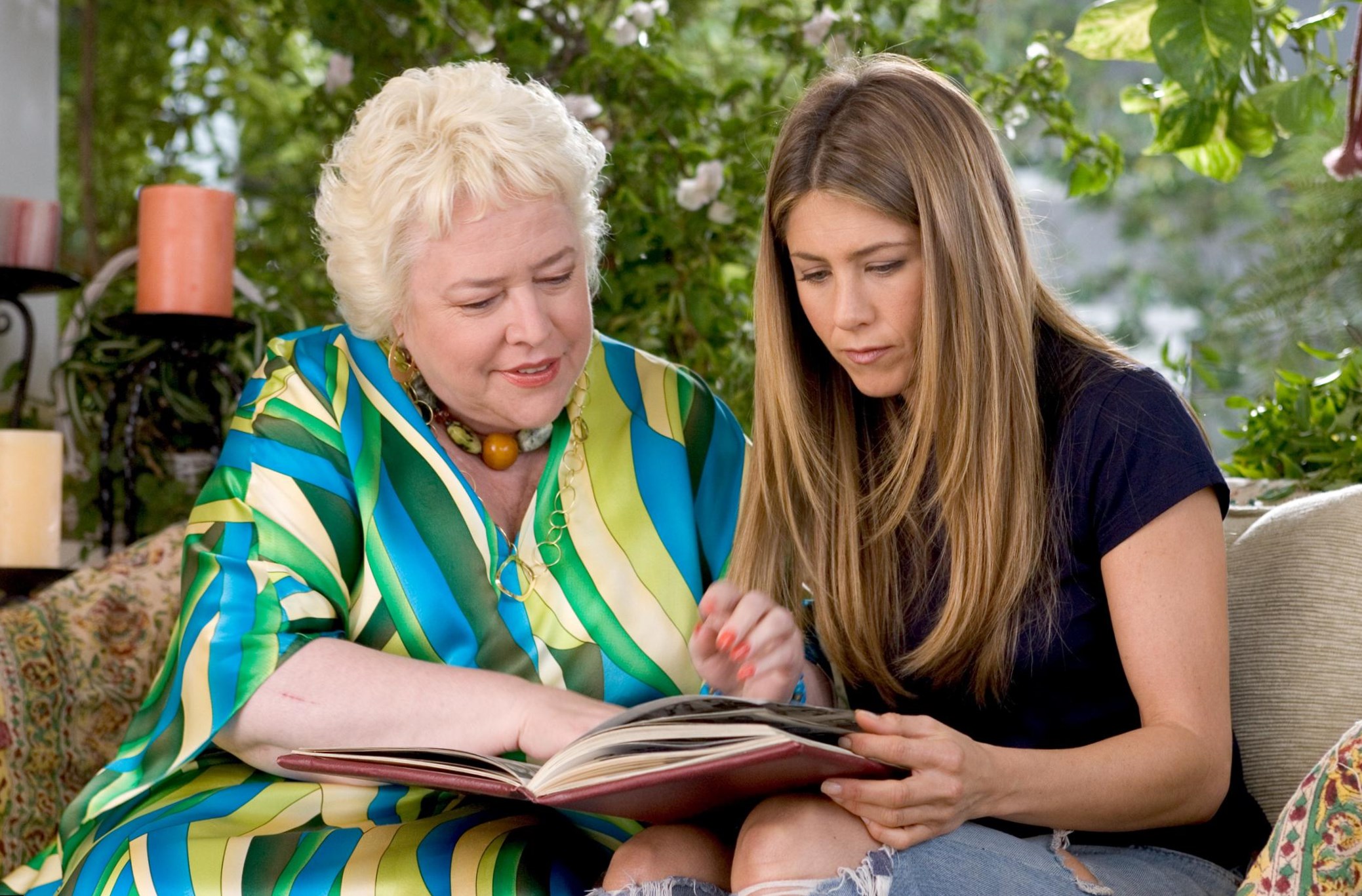 Jennifer Aniston in ‘Rumor Has It’

Jennifer Aniston used to say in her interviews, that she likes her profession, because she can make people laugh. Really, her heroines make us smile. Even if we consider her character as foolish to some extent, nevertheless we like her simple and humorous roles. This time she acted as Sue. 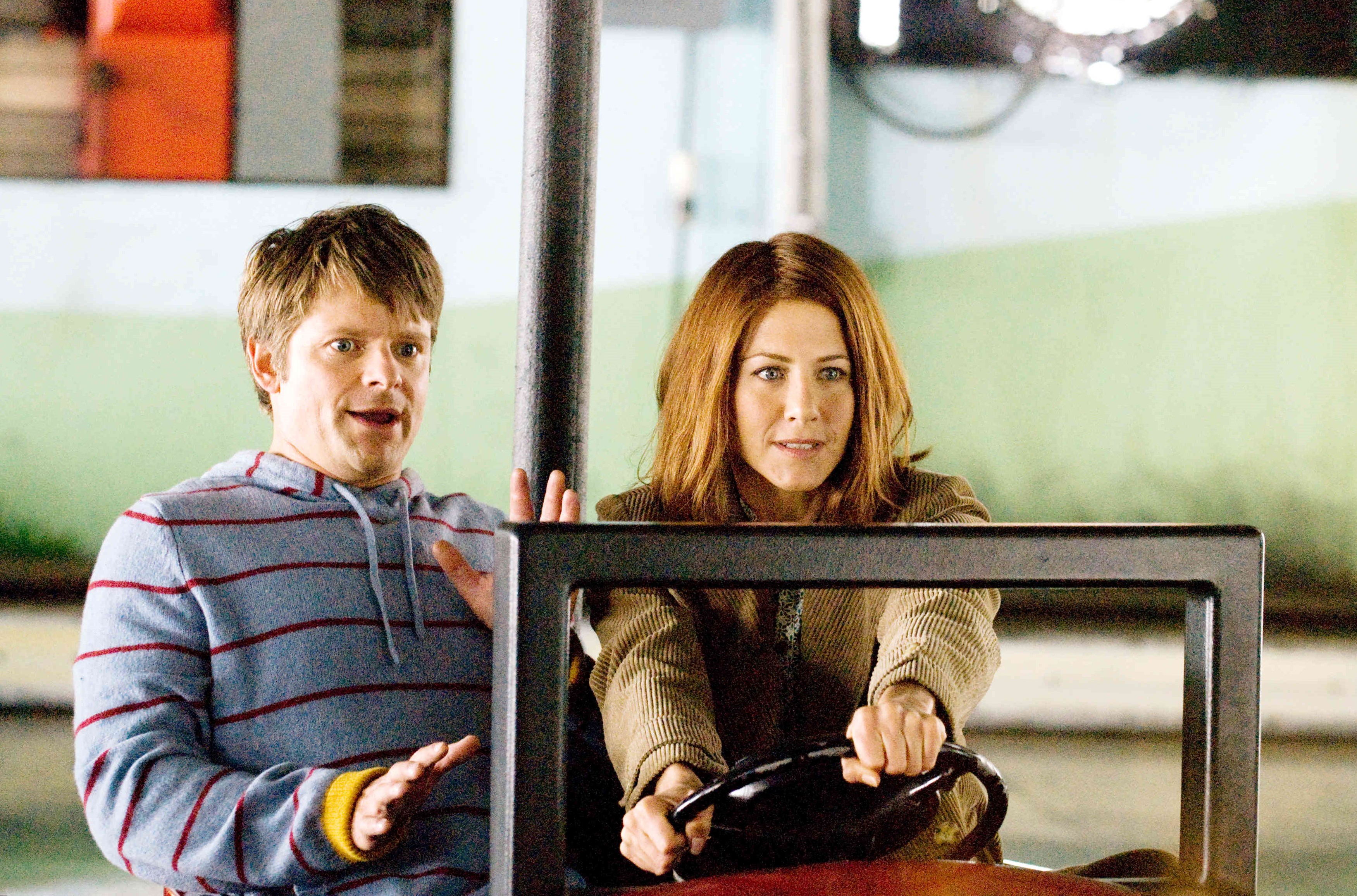 The movie about a married couple and a dog is not the comedy, it is rather a drama. Jennifer Aniston proved, she is good as dramatic actress too, although film directors invite her mostly for comedian roles. Her Jenny looked sweet and natural. This film is considered as one of the best among Jen Aniston movies. 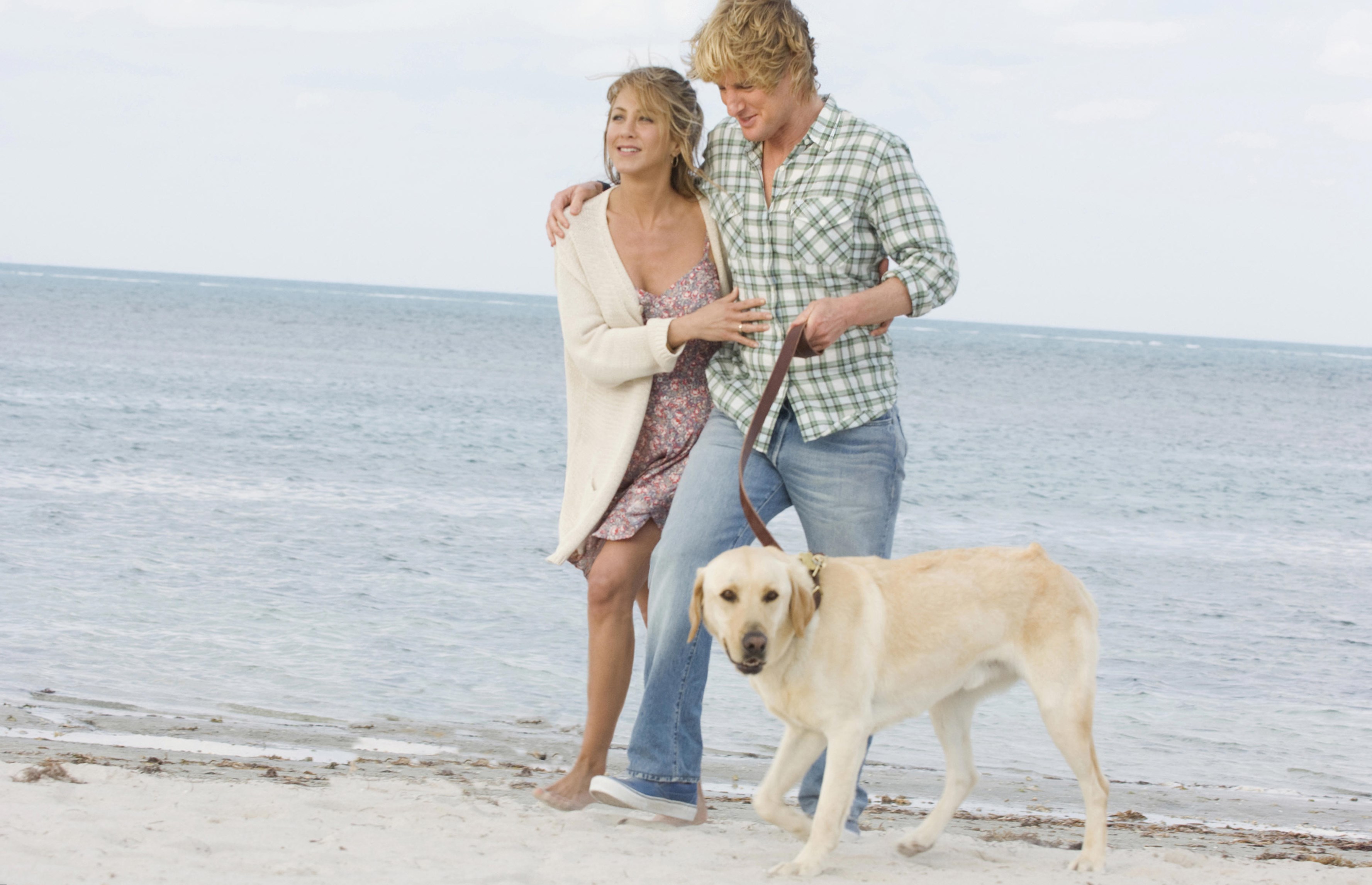 Jennifer Aniston in ‘Marley & Me’

The movie is based on the story of Jeffrey Eugenides. It tells us about bright and beautiful woman (Jennifer Aniston), who has a best friend. One day she tells her friend a secret that she is going to become a mother. But she wants to try artificial insemination. Six years later she comes home with a handsome son. Her friend is sure, the boy looks exactly like him. Now he has to remember everything that happened that night 6 years ago. 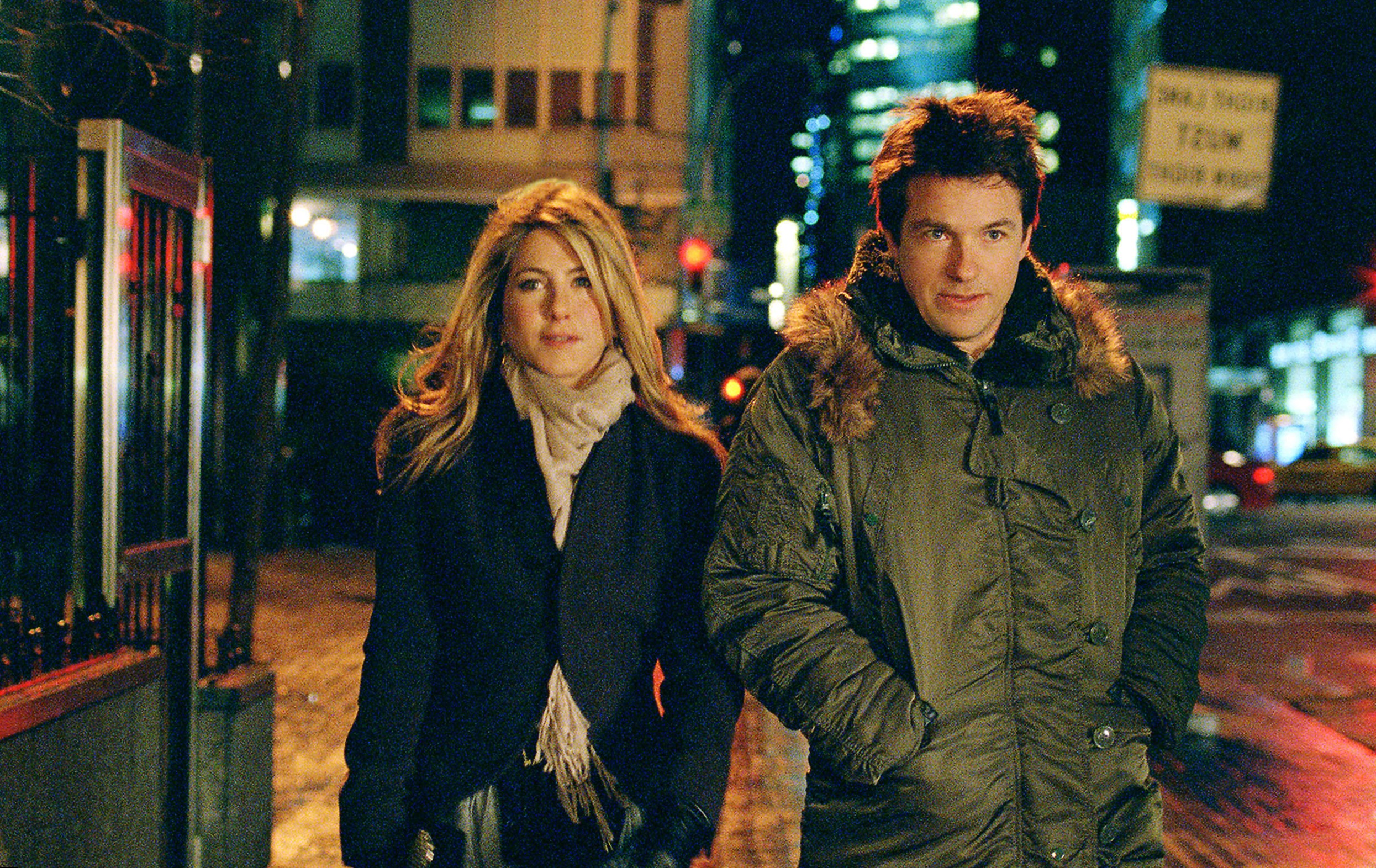 Jennifer Aniston in ‘The Switch’

Glenn, the eccentric psychologist of Courtney Cox heroine, gave an actress an opportunity to meet her Friend’s colleague at a film set. The series was quite popular and no doubt, Jennifer Aniston was the main star in the movie. 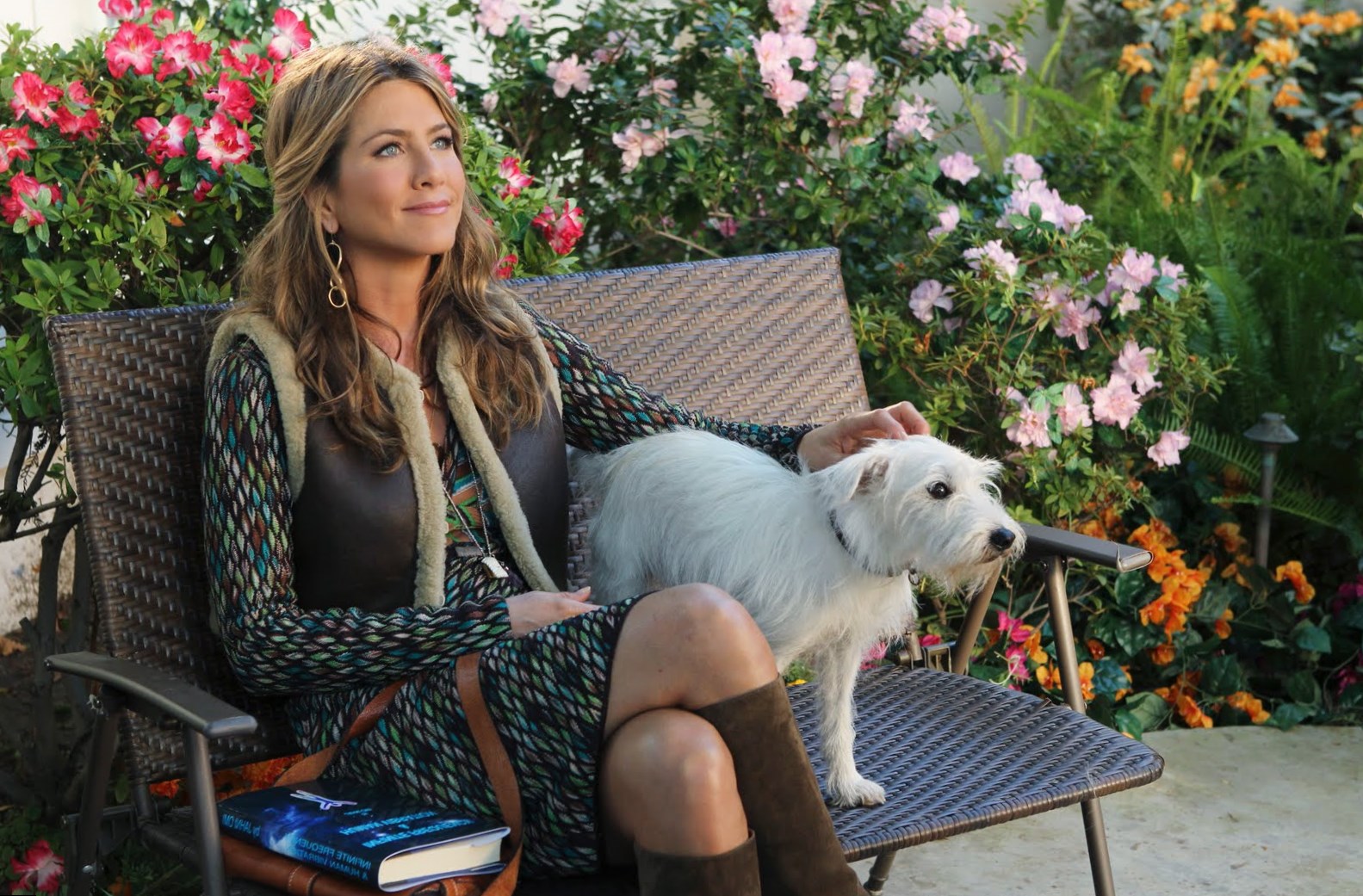 Jennifer Aniston heroines always were lonely women, who were looking for their love. But the actress gets older and older and it was predictable that one day she would play a divorced mother. Finally she got the role of a sexual divorced mother of two great children, Katherine. She is extremely busy with her maternal duties and very devoted to her work. She likes her boss and cares about him. One day she gets unusual offer from her boss, which she couldn’t refuse. 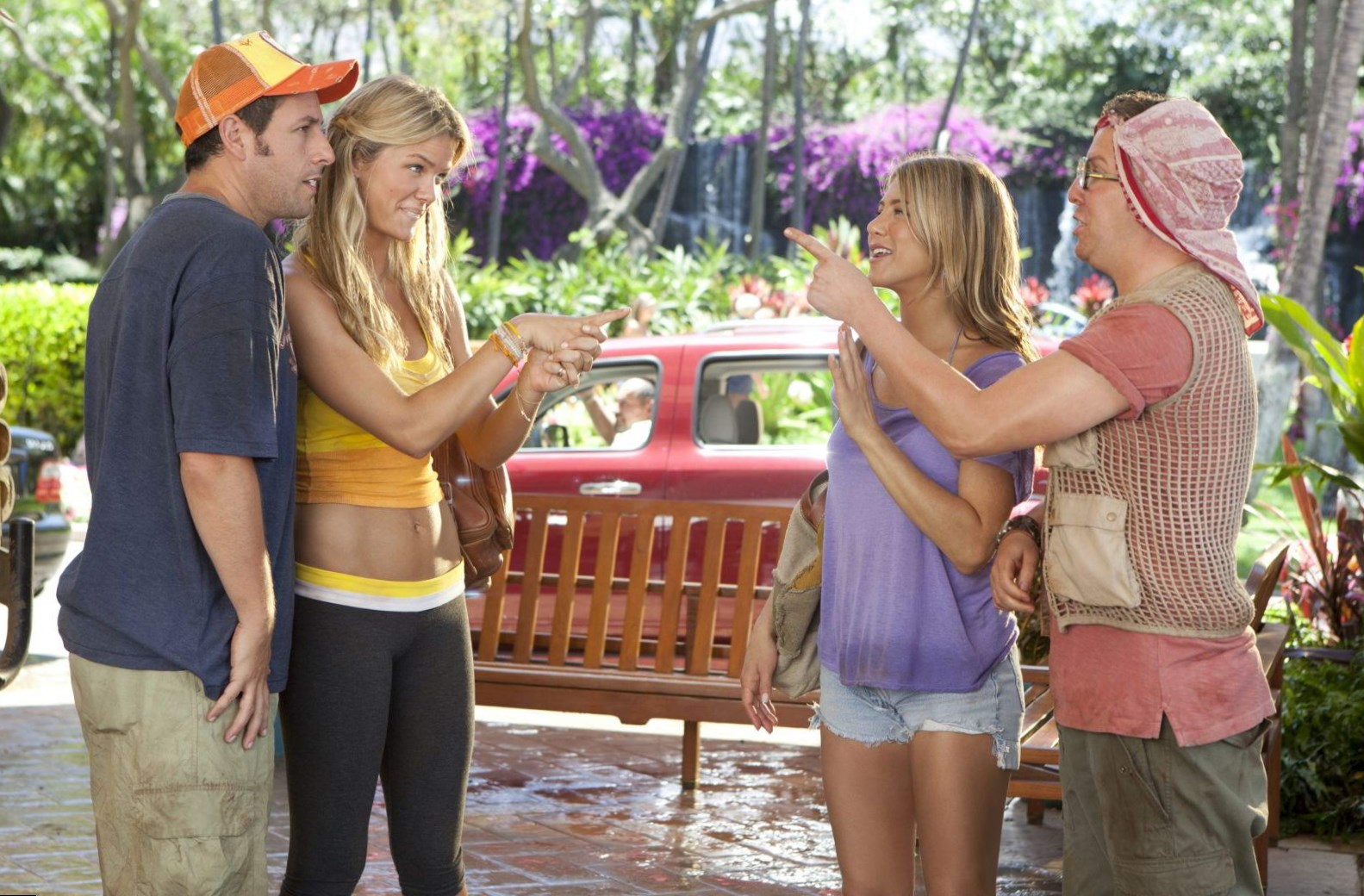 Jennifer Aniston in ‘Just Go with It’

It is one more great romantic comedy in the film list of an actress. The role of the strip dancer Rose O’Reilly made people smile and sometimes even laugh loudly from the first minute till the last one. Supported by great actors like Jason Sudeikis, Will Poulter and Emma Roberts, Jennifer Aniston looked great, funny and very beautiful. As a strip dancer, an actress showed her great body in one of the things. The actress, who was more than 40, looked much better than her 20 year old colleagues.

Jennifer Aniston in ‘We’re the Millers’

For the role of Claire Bennett Jennifer Aniston got Golden Globe nomination. This role was untypical for an actress. Most of Jen heroines were bright and beautiful and the charisma of the star played the leading part in her movies. But now her heroine had lots of scars and was a sick woman. She had even suicide thoughts. Great actress Jennifer Aniston proved, she mustn’t look beautiful on the screen. She is talented and can play any part. 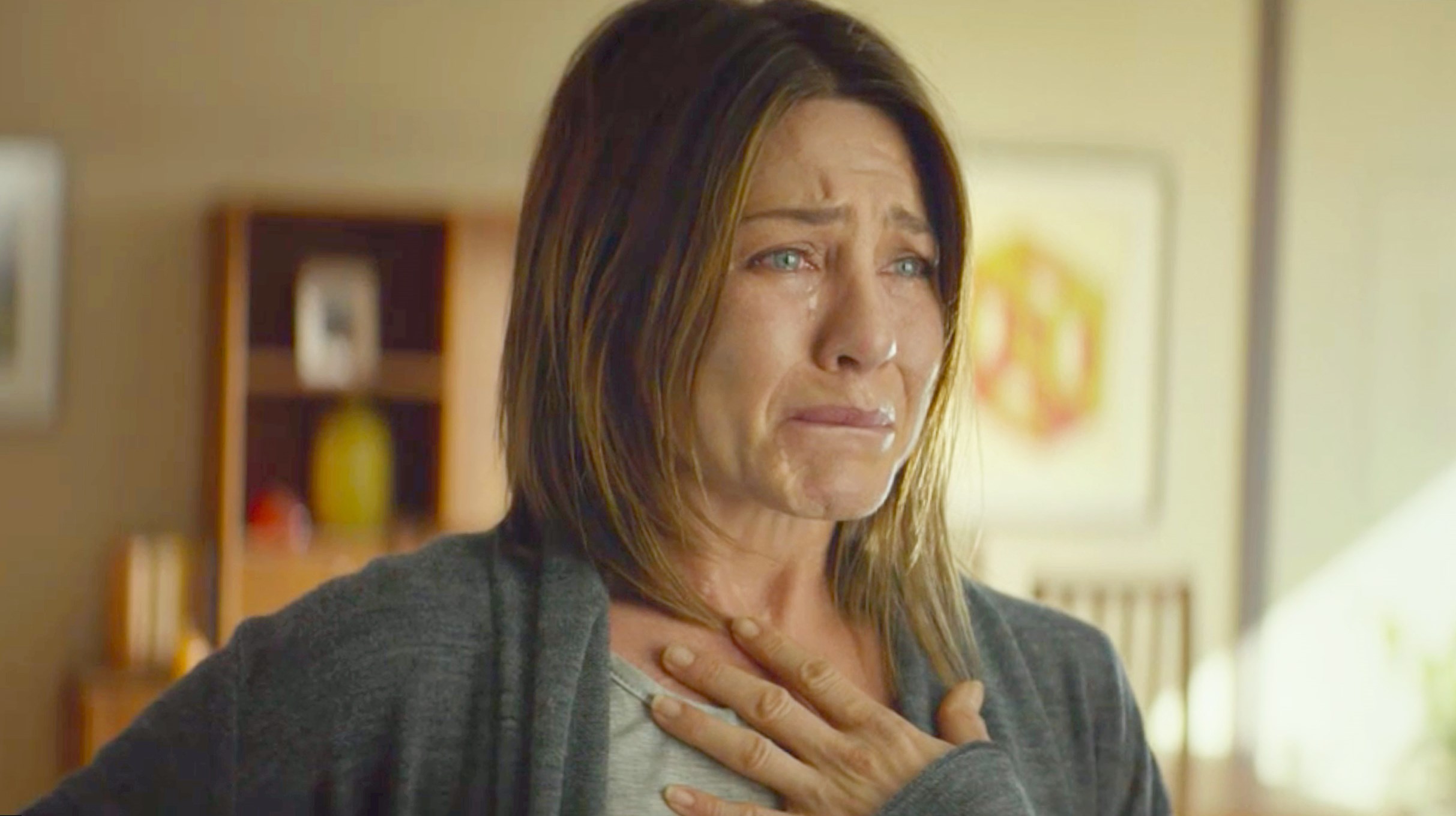 Each year filmography of an actress becomes wider. Soon the fans will see the new movies with their favorite actress.