Jennifer Lawrence received a worldwide popularity and the love of the audience after the films “X-Men: First Class”, “The Hunger Games”. For the role in the movie “Silver Linings Playbook” she got the award Oscar and Golden globe. For acting in criminal tragicomedy “American Hustle” Lawrence earned her first BAFTA statuette, second Golden globe and the nomination for the award of Guild of film actors of the USA and Oscar.

Jennifer Lawrence comes from Kentucky, there she lived with her father – the owner of a construction firm and mother, who works as a kindergarten teacher, and with older brothers. Since childhood she dreamed to become a popular and independent person, initially she thought about theatre. Jennifer often participated in Church theatrical productions, this allowed the actress to begin her career. At age of 14 the actress asked her parents to take her to training in New York. There she started to take samples and try her luck in the acting field.

Her first role she played in TV series, the beginning was in “Monk” (2006), then a year later she appeared in the comedy “The Bill Engvall show”, in more serious TV series “Medium” and “Cold Case” the actress obtained a small secondary parts.
The full debut came in 2008, when in the dramatic film “Garden party” Jennifer Lawrence played one of the girls involved in the vicious circles of the contemporary world. But the recognition of experts and the audience the actress received after starring in “The
Poker House”.

Since 2011 Jennifer Lawrence starred in the world premieres, which only confirmed her status of a good actress. The picture “The Hunger Games” helped Jennifer to get a lot of good reviews from film critics and become one of the most popular persons among young people. 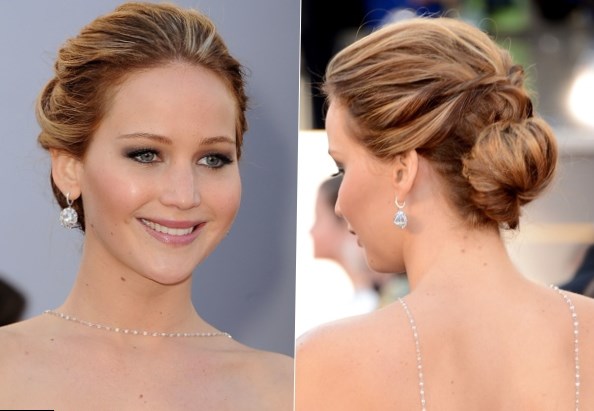 She was a blonde and a brunette, wore a short pixie haircut and long hair with bangs and without bangs. At social events Jennifer Lawrence could be seen with beautiful tall hairstyles with fully retracted hair and styling with sloppy curls.

For the film “The Hunger Games” which took place in 2011, Jennifer Lawrence turned into a brunette. This image is so pleased with her that she promised to stay on the dark shade of hair almost permanently.


In 2011 she first was on the red carpet with her dark hair laid easily waves with middle parting. In 2012 smoothly ironed hair and rich cherry lipstick on the lips opened for fans of a completely different Lawrence. In the same year she decided to cut bangs. 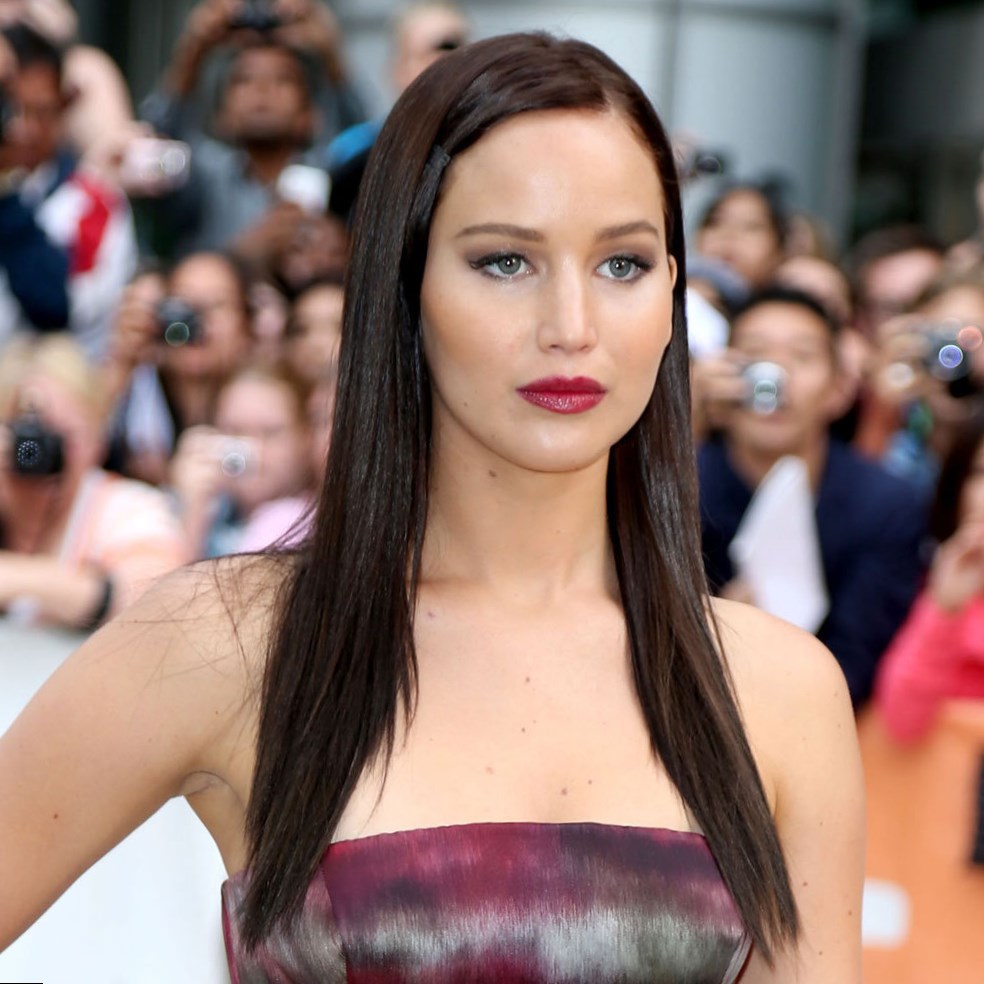 But changeable Jennifer quickly tired too strict brunette, and she hurried to leave it and return to a more usual blond. At the insistence of her stylists for painlessly move from dark to light, had to stay on the reddish shade of hair, but mid-tones and half-measures are not for desperate actress and in 2013 she received a net wheat shade.

More than twenty varieties of plaits wore Jennifer Lawrence in the film”The Hunger Games”. It is her heroine – Katniss Everdeen introduced in 2012 the fashion on the side braid with a tight weave.

In 2014 Jennifer struck all with cardinal change of image when she cut her gorgeous hair and made a short cut with long strands on top. After some time at the Cannes film festival Lawrence appeared with a wavy bob haircut to complement her image, created by Dior dress. Increasingly Jennifer Lawrence appears with the elegant styling on the basis of bob haircuts, but not necessarily volume. 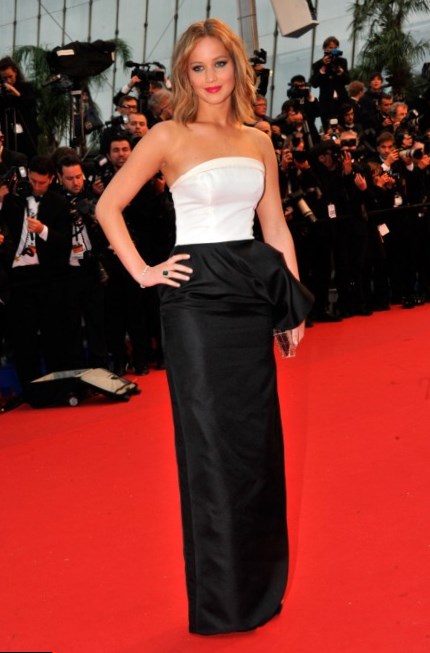 Today this self-confident young actress with perky boyish haircut a little reminds a quivering blonde fairy, which she was in the beginning of the acting career. And such changes are obvious to the personality of Jennifer Lawrence. At the moment the actress is letting her hair grow, staying already familiar to viewers of the way of the blonde.