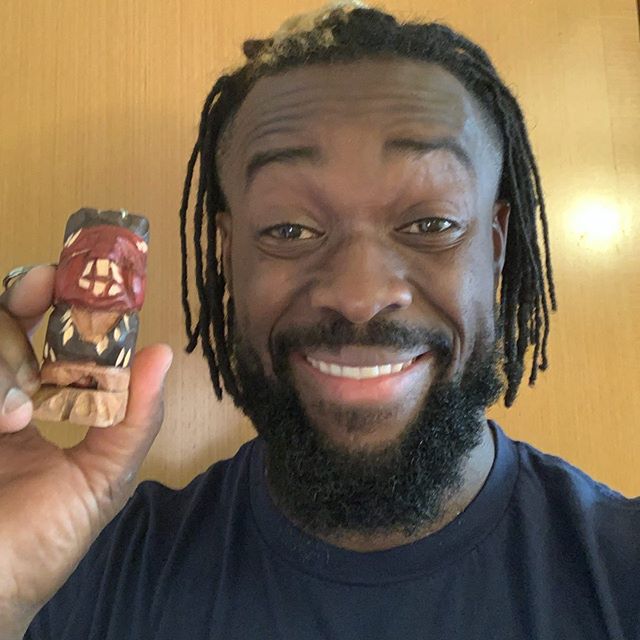 
Kofi Kingston is among the brightest WWE stars ever. He started his career at the independent circuit and joined WWE in 2006. In 2007, he debuted on TV in ECW on Syfy. And in 2009, he obtained his first victory at the US championship and reigned for 126 days.

Along with earning the US title 2 more times, Kingston became 4-time Intercontinental Champion, WWE Champion plus won 6 SmackDown Tag Team competitions. Additionally, he gained many other accolades, including Grand Slam and Triple Crown.

Evidently, Kingston’s profession demands intensive work on his physique. He prefers to switch his workouts every four weeks. For instance, he focuses on power-lifting for one month and then proceeds with Olympic lifting before doing resistance training with bands or chains. Moreover, Kofi avoids eating processed food and doesn’t eat red meat.

Surprisingly enough, Kofi had short hair before WWE. And today, his creative haircuts with dreadlocks and pigtails attract no less attention than his fighting style. He also experimented with hair color and dyed his hair blonde. The athlete’s other peculiarity is unusual formation of pectoral muscles. Many people think that he has a concave chest, but actually his muscles connect from closer to the sides of his sternum, rather than the center of his sternum.