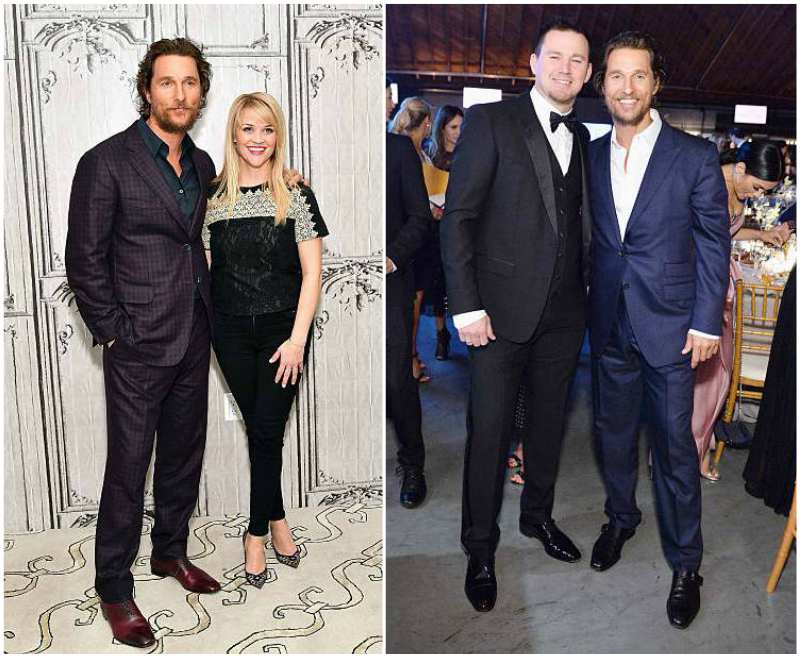 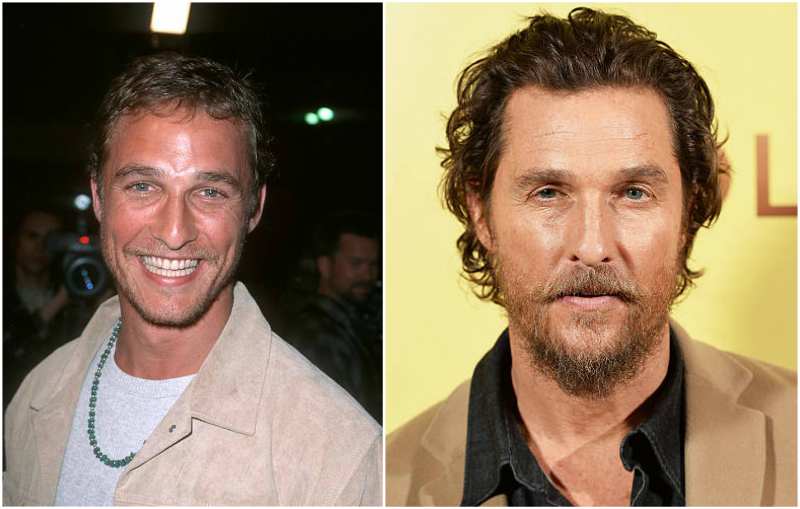 Matthew McConaughey is a popular American actor, as well as director and producer. At the beginning of his career he introduced himself as an actor in the comedy genre, and after a while he turned his preference to dramatic roles.

Matthew has always been a man of athletic build with prominent muscles, who was not deprived of female attention.

Perhaps, the main character traits of the hero of our article is persistence. Colleagues in the acting department also note that Matthew is extremely demanding both to himself and to others.

Most of the persistence in the life of an actor is required during training before shooting, when it is necessary to bring the body in perfect condition in the shortest possible time.

Matthew is one of the few actors who also visits gym in his free time, so it took him only two weeks to drive millions of girls around the world crazy about his nude torso in the movie Magic Mike.

The actor trained twice a day for two weeks without a weekend following a unique program for the press called Mad Training, which was specially designed for his role by Ph.D. Chris Lockwood and the famous coach Gunnar Peterson.

The goal of the preparation for the movie Magic Mike was to bring the already perfect form of Matthew to perfection.


Since he kept himself under control in ordinary life, the actor did not have to stick to a hard diet. All of his meals were built in such a way as to provide the energy necessary for training and not to allow excesses. Three times a day, especially before the gym, Matthew McConaughey drank protein shakes to ensure better performance of the muscles.

Matthew ate more often, protein intake was increased due to the abundance of meat and fish products. The amount of carbohydrates was cut by the rejection of fast carbohydrates, pure sugar and starchy foods. Breakfast was mostly protein, lunch and dinner consisted of useful products, including cereals and vegetables.

In 2013, for the filming of the movie Dallas Buyers Club, 43-year-old actor needed to lose about 20 kg. That’s because he was supposed to play a Texas electrician, as well as a rodeo-cowboy, who became aware that he had AIDS. 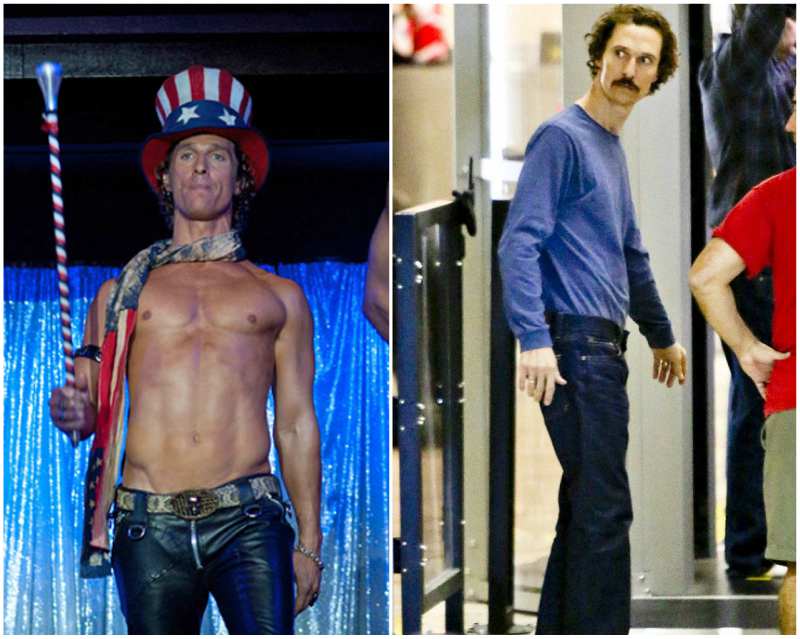 As the actor himself said, sitting on a diet he consistently lost three kilograms a week. Combining a strict diet with cardio training, that is, before the filming began, the actor, along with fat, lost muscle mass.

With a height of 182 cm the actor weighed in the range about 81-83 kg and at the beginning of filming he reached weight of 64 kg (at the end of filming lost another two kilograms).

In 2015, Matthew McConaughey again launched into adventures to get a new role.

The sex symbol of the American Dream Factory in a short period of time gained 25 kg to star in the film Gold. In the adventure tape McConaughey plays a man who got into the middle of a conflict between FBI and the Indonesian mafia after finding gold in the jungle of Borneo.

According to the actor himself, he fatigued comfortably: he just ate cheeseburgers and drank beer. Matthew confessed that to get fat is not to lose weight – the latter is much more difficult. 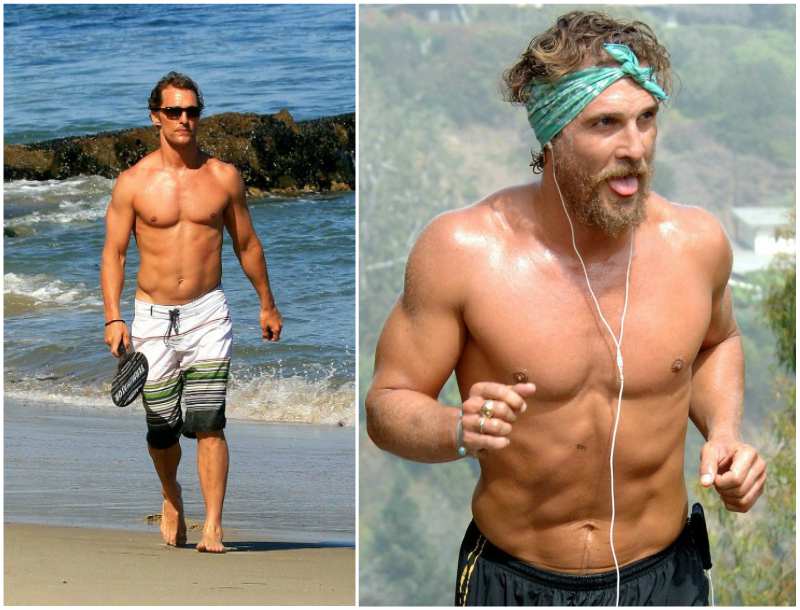