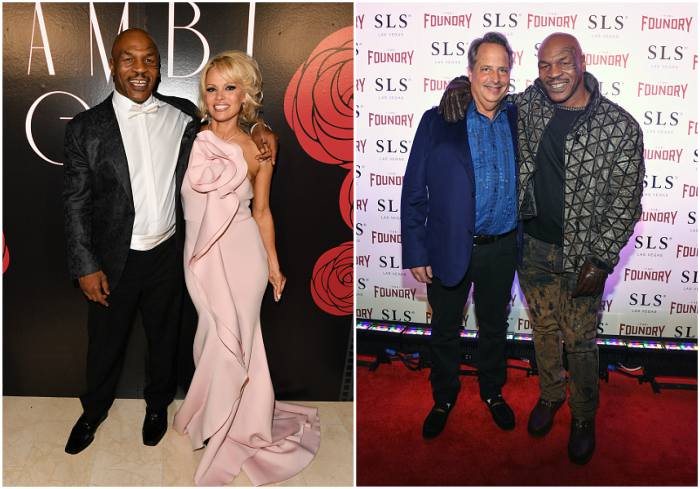 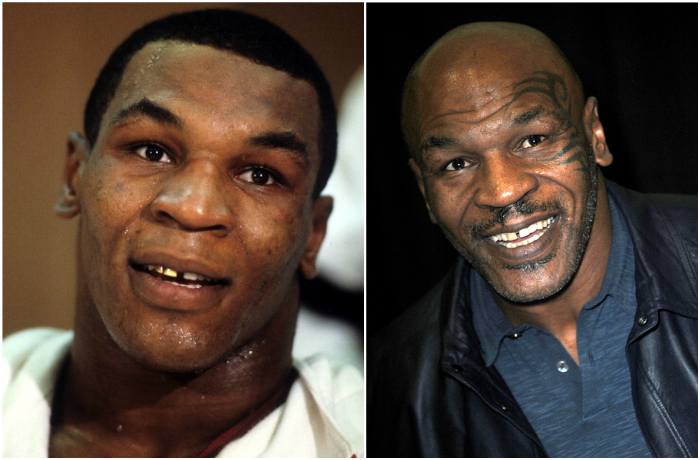 The deadliest boxer in the whole history of the sport as a child was a mumbler and a meek. Brooklyn kids wiped their feet on Mike and even his brother refused to defend him. Reputation meant more than family feelings.

Having won all possible titles on the ring and having received membership in the Guinness Book of Records, the great puncher distracted from professional boxing and got involved in the world of rampant alcoholism, drug addiction and became a hero of other chronicles – criminal.

With every return to the ring Tyson showed increasing aggression and decreasing skills. Overweight and drug problems worsened his physical shape and psychological stability. In 2005, Iron Mike announced his retirement.

Bloodthirsty “monster” who nibbled the ears of his opponents and threatened to eat their hearts with vegetable ragout became a vegetarian, or rather – a vegan.

Not overweight itself prompted him to reconsider views on food. The tragic death of four-year-daughter turned his life in May 2009.

Veganism promised austerity and humility. Tyson’s wife helped him on this way of becoming a vegan – she was well versed in all the intricacies of a healthy diet.

Along with the weight problems, blood pressure problems and anger have also disappeared.

Striking changes were met with approval of all his fans. Having risen from the bottom Iron Mike again demonstrated an iron will and character, thought it had other shade. 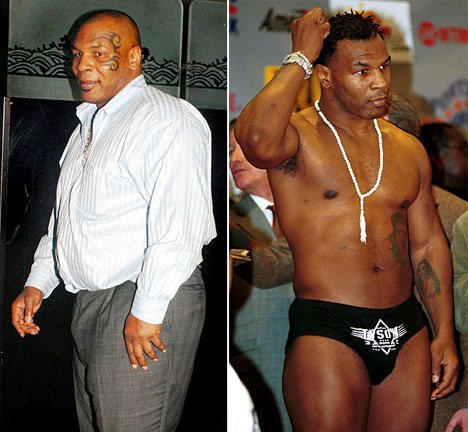 Today, in this calm and balanced person, who supports healthy lifestyle and non-violence, it is difficult to recognize that killing machine.

At the peak of fame, the mode of Tyson’s life looked like a training camp. There are many legends about the training program of the great puncher. He did not come out for days out of the gym and boxed with shadow at night honing his skills and hitting muscles pumping. His workouts are considered as something extraordinary.

To become a legend and write down his name in bold in the history of boxing, Mike had to sweat hard. Great figure requires less investment. Three manageable workouts per week and the “lock” on the mouth at night. Everything becomes clear only in comparison, isn’t it? 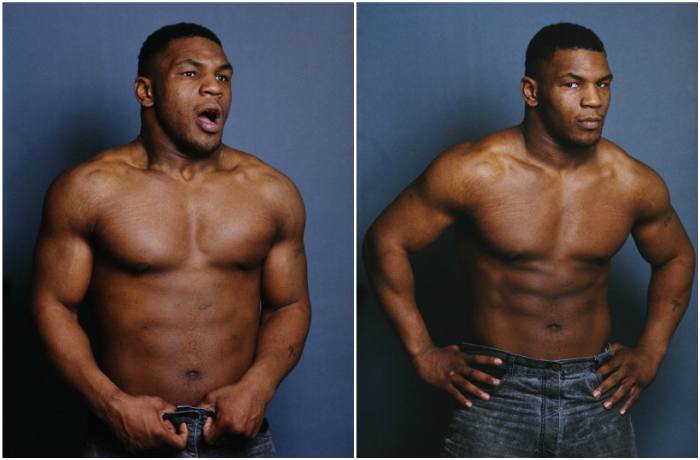