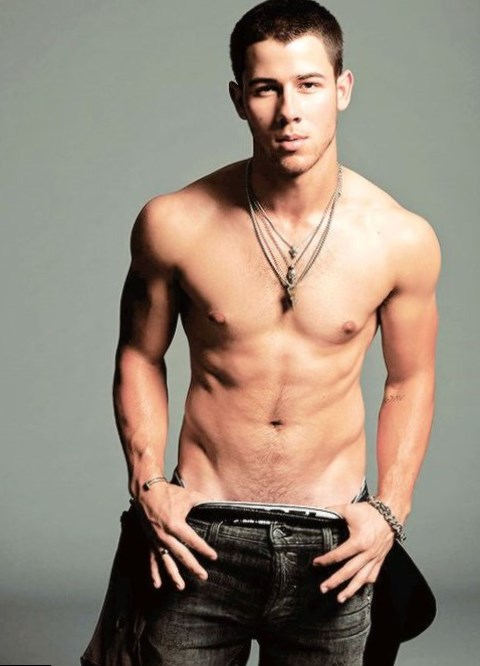 Nick Jonas is a famous singer and actor, but he is also known by his great physiques. Nick is of average height (he is 175 cm tall), his body looks toned and ripped. Nick Jonas works hard to get the body of that kind.

Nick was born in Dallas, Texas in a family of a musician (father) and singer (mother), who later turned into a sign language teacher. Nick has two brothers, Kevin and Joe, with whom they formed the band “Jonas Brothers”.

Nick felt that music and singing was his cup of tea from the earliest years. Being a small child, Nick sang in a beauty salon, while his mom was making a haircut and then he earned his first applause.

At the age of 7 Nick started to perform on Broadway and in his teens he became the member of “Jonas Brothers” alongside his other siblings. As the member of a family band, Nick Jonas got his first recognition and later he continued his career as a solo artist.

Nick Jonas is known due to such hits as “Who Am I”, “Jealous”, “Under You” and many others.

Of course, Nick Jonas is a talented guy, but his hot look is one more reason of singer’s popularity. Many girls dream to have a boyfriend like Nick Jonas. Many boys dream to look like Nick Jonas. Of course, some part of his beauty the star inherited from his parents, but he also works hard to stay fit. Good look of Nick Jonas and his charisma helped the star catch the hearts of the most famous women in Hollywood. He dated Miley Cyrus, Gigi Hadid, Olivia Culpo and many others. Now the singer is single. 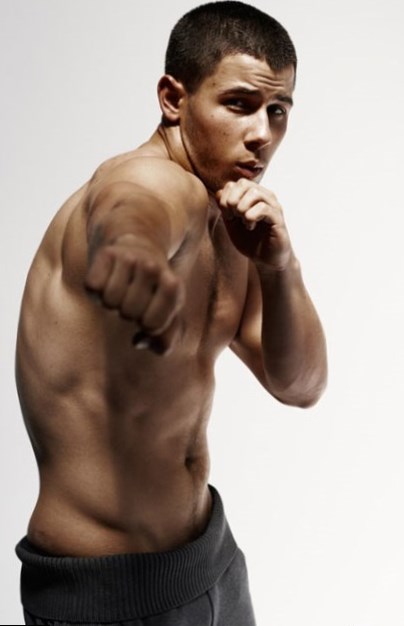 Nick Jonas used to tell in his interviews that he trains regularly, from 5 to 7 days per week. He has a personal trainer, Gregg Miele, who created the training program for the star. Each Nick’s workout consists of 2 blocks. Each block starts from 2-minute cardio warm up.

Every block of Nick’s workout includes 7 exercises. The exercises are aimed to tone different groups of muscles. Thus each workout tones muscles of the whole body.

Nick Jonas does pull-ups, squats, abs crunches and many other kinds of exercises. This fitness routine help the singer remain strong and physically attractive.

Nick also keeps to a diet to look great. He tries to include more lean proteins in his ration. In fact, Nick Jonas suffers from Type I Diabetes, that’s why his eating is modified according to the state of his health.

Nick Jonas can be proud of his toned, muscled body!