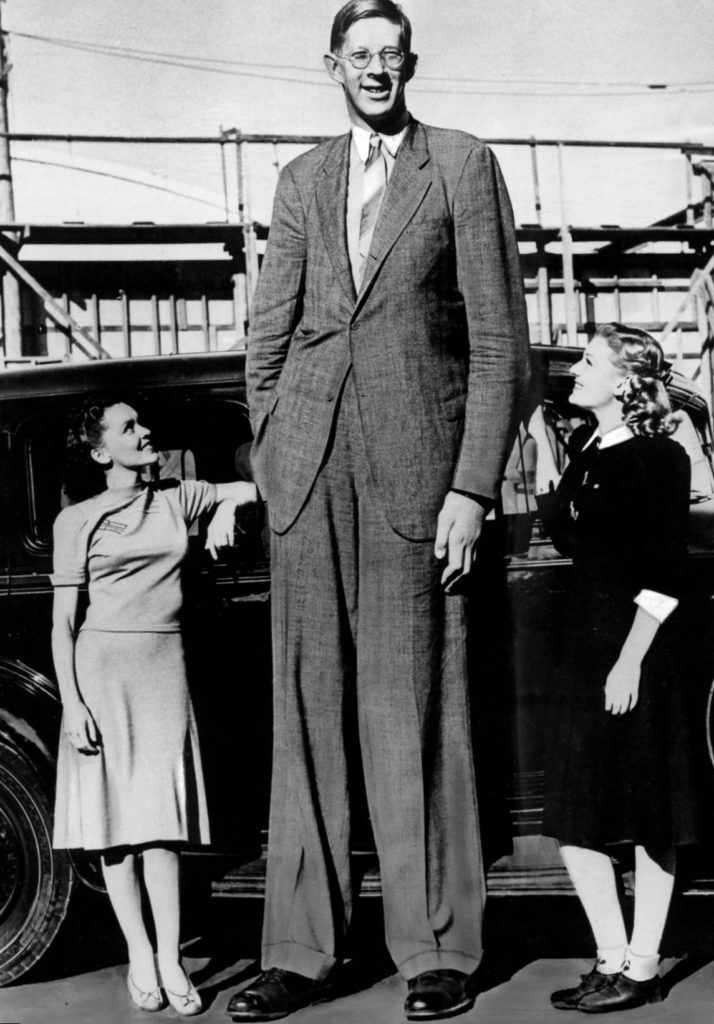 Is it necessary to be talented to become a celebrity? No, sometimes to have unique body measurements is enough. Robert Wadlow died more than 70 years ago, but till now he is known as the tallest man in the world.

Robert Wadlow is often called as “Gentle Giant from Illinois”. He was born in a family of Addie and Harold Wadlow and when he was born, his weight and height measurements were like many other baby boys have.

But after a year Robert gained 45 pounds of weight. He grew up extremely rapidly and was as tall as his father at the age of 8. Five years later Robert became the tallest boy in his school. He was the tallest scout and the strongest one! The giant had a mild kind nature, he was not aggressive at all and that’s why he got the moniker “Gentle Giant”.

It is not known, if Robert was fond of sports or if he worked out, but he liked playing the guitar and making photos. Unfortunately, soon he had to refuse from these simple hobbies, because his hands became too big for it. 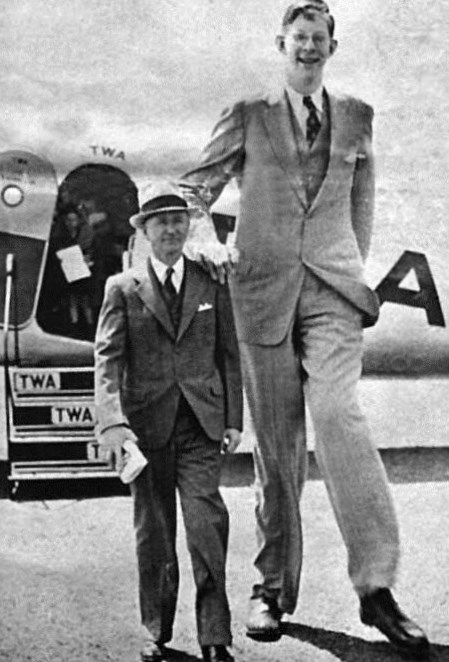 Was it easy to be a giant? No, it was not, because Robert couldn’t find the clothes of his size and – it is much more important – he couldn’t find shoes. The International Shoe Company made shoes especially for Robert and he promoted the company for such a grace, when he went on tour with a circus. As the Ringling Brothers Circus artist Robert Wadlow became a celebrity. He looked really impressive, being twice taller than an average man.

Later doctors discovered that unreal height of Robert Wadlow was explained by pituitary gland disorder. In 1937 Wadlow settled the world’s record as the tallest man in the world.

The giant died at a very young age of 22. During the last year of his life, his unique strength was gradually disappearing. Robert’s legs and feet were too weak to carry his giant body. Robert used cane to walk. To make his legs stronger, doctors used special braces. One of such braces wounded Robert’s leg and he had caught an infection. Doctors couldn’t cure the severe infection and the giant passed away peacefully during a sleep at the age of 22.

Robert Wadlow’s body was returned to his native city, where he was buried in a huge coffin. In 1998 Robert Wadlow was mentioned in a song “”The Giant of Illinois”, performed by The Handsome Family.