Rooney Mara movie list is not long, at the same time it consists mostly of box office hits. She got her first international recognition after the role of Lisbeth Salander in the film “The Girl with the Dragon Tattoo. Later she got Oscar nomination for her role in the drama “Carol”. 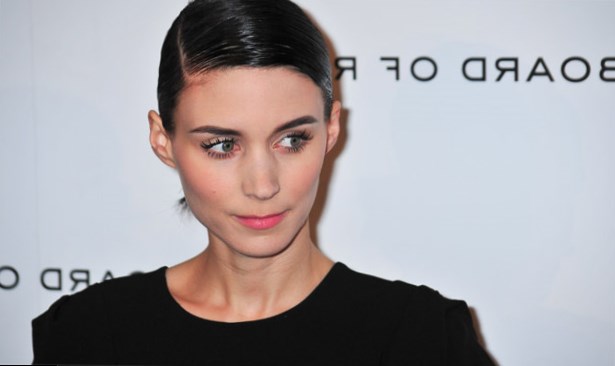 Patricia Rooney Mara was born in 1985 on the 17th of April. Her birthplace is Bedford, NY. He is a daughter of Timothy Christopher Mara, vice president of New York Giants, and Kathleen Rooney McNulty, a real estate agent. The girl grew up with two brothers, Conor and Daniel, and a sister. Rooney Mara sister is two years older than she is. Kate Mara – Rooney Mara were friends from the very childhood. Her sister became an actress too. It was her sister, who inspired Rooney to start acting career. Now Rooney Mara – Kate Mara are not just friends, they are colleagues too. 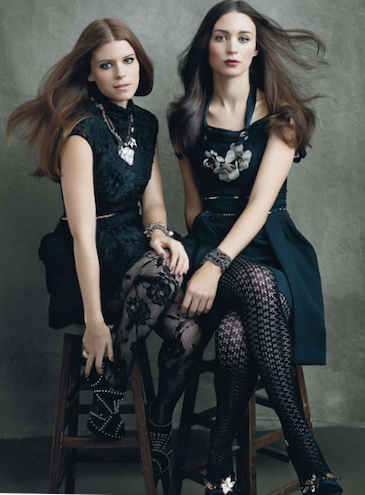 Rooney Mara with her sister

In her childhood the future star visited Fox Lane High School. Later she entered George Washington University, where she studied psychology. After that a future star transferred to New York University. Rooney Mara joined her studying with auditions. She started to visit auditions since she was 19. Inspired by her sister’s example, Rooney was charmed by this profession. She admired old Hollywood films and dreamed to devote her life to acting. 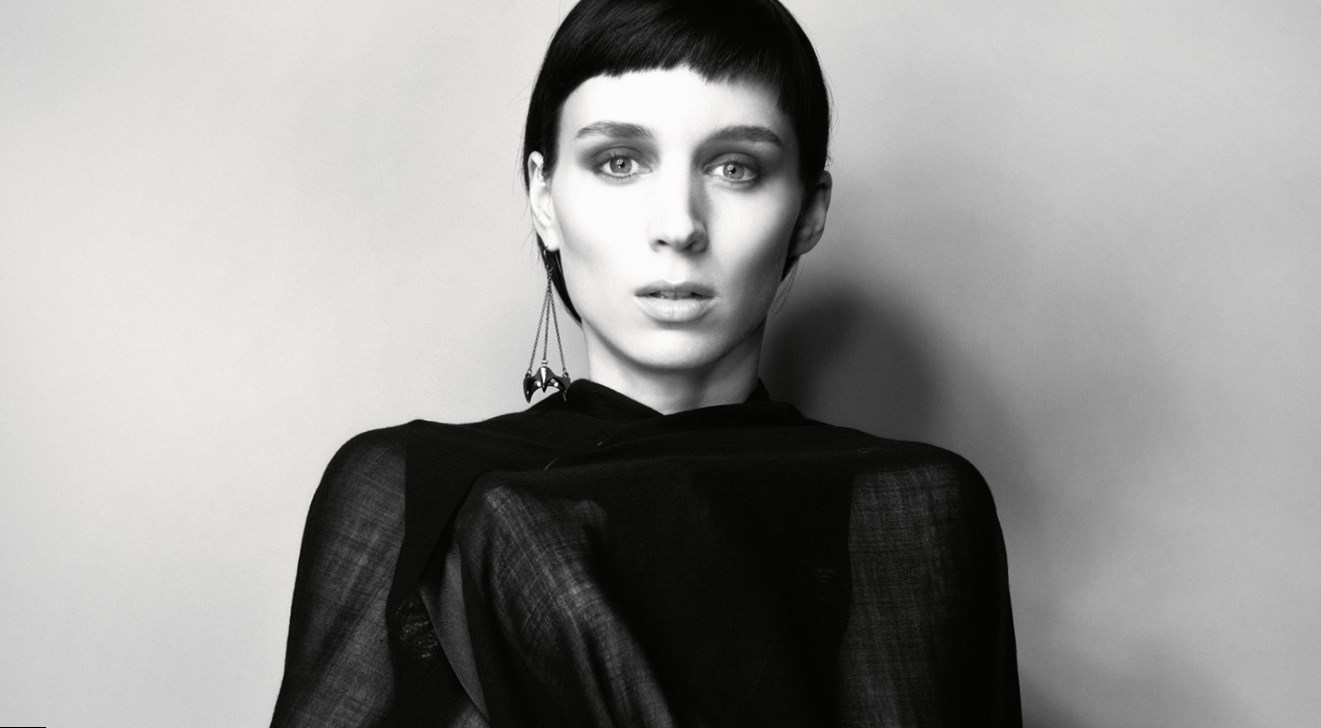 Rooney Mara visited numerous auditions and finally got the role in a movie “Legends: Bloody Mary”, where she co-acted together with her sister. Rooney was hesitating, what moniker to choose for her acting jobs. At first she called herself as Patricia Mara, then she signed her films as Tricia Mara and finally she chose her second name and became Rooney Mara. She got the roles in famous projects like “ER”, “Law & Order” and others. She got some recognition, but it was not enough. 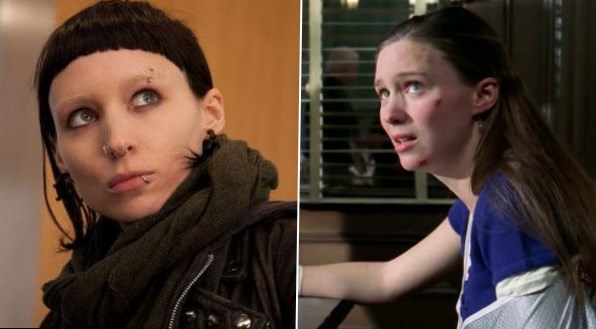 Finally in 2009 the actress won her first leading role. She took part in the film “Tanner Hall”. After that film she got her first kudos. But her big break took place in 2010, when she participated in the film “Social Network” acting as ex-love of Mark Zuckerberg (Jesse Eisenberg). Thus gradually she was moving to her stardom. 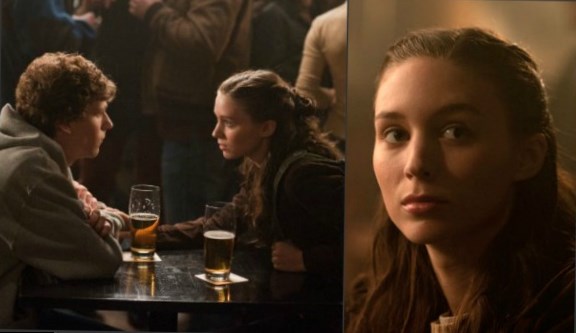 The films of Rooney Mara include screen works of various genres. Some of them are real box office hits; the others are not so successful. In fact, Rooney Mara doesn’t care about money. She can take part in a low budget film. But “there must be the idea in the film” – she tells so. Here are the best movies of Oscar nominated actress. 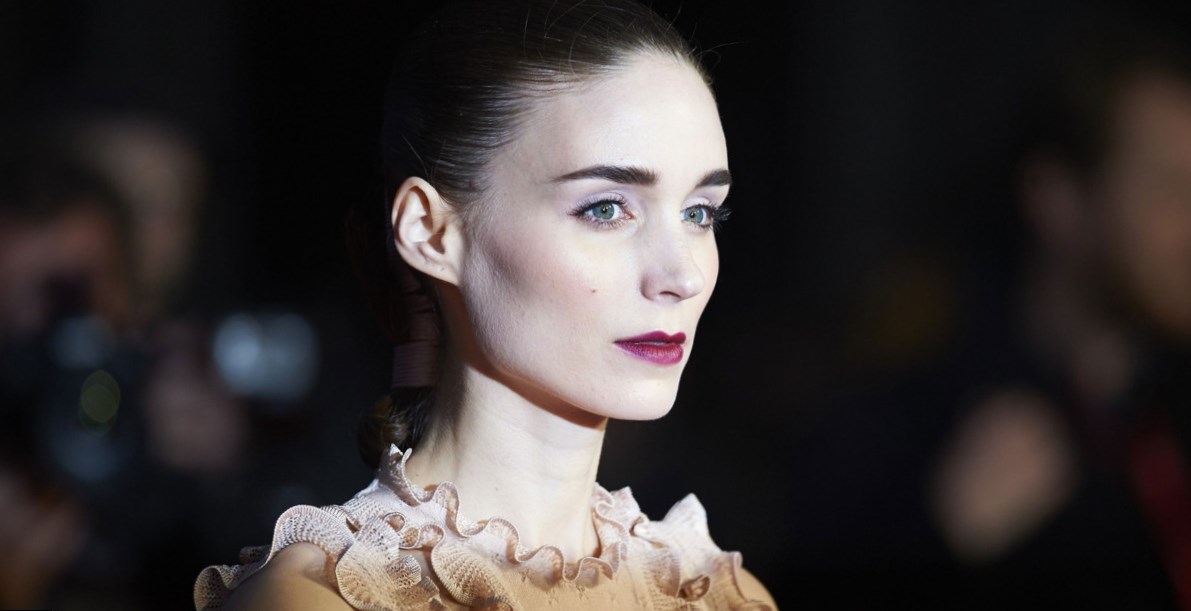 The fate and glory of Mark Zuckerberg is unique to some point. Extremely talented and successful entrepreneur gave the world FaceBook – the first social net work in the world. The film director David Fincher created the movie about the youngest multimillionaire in the world. Rooney Mara acted as Erica Albright, ex-girlfriend of Mark Zuckerberg. 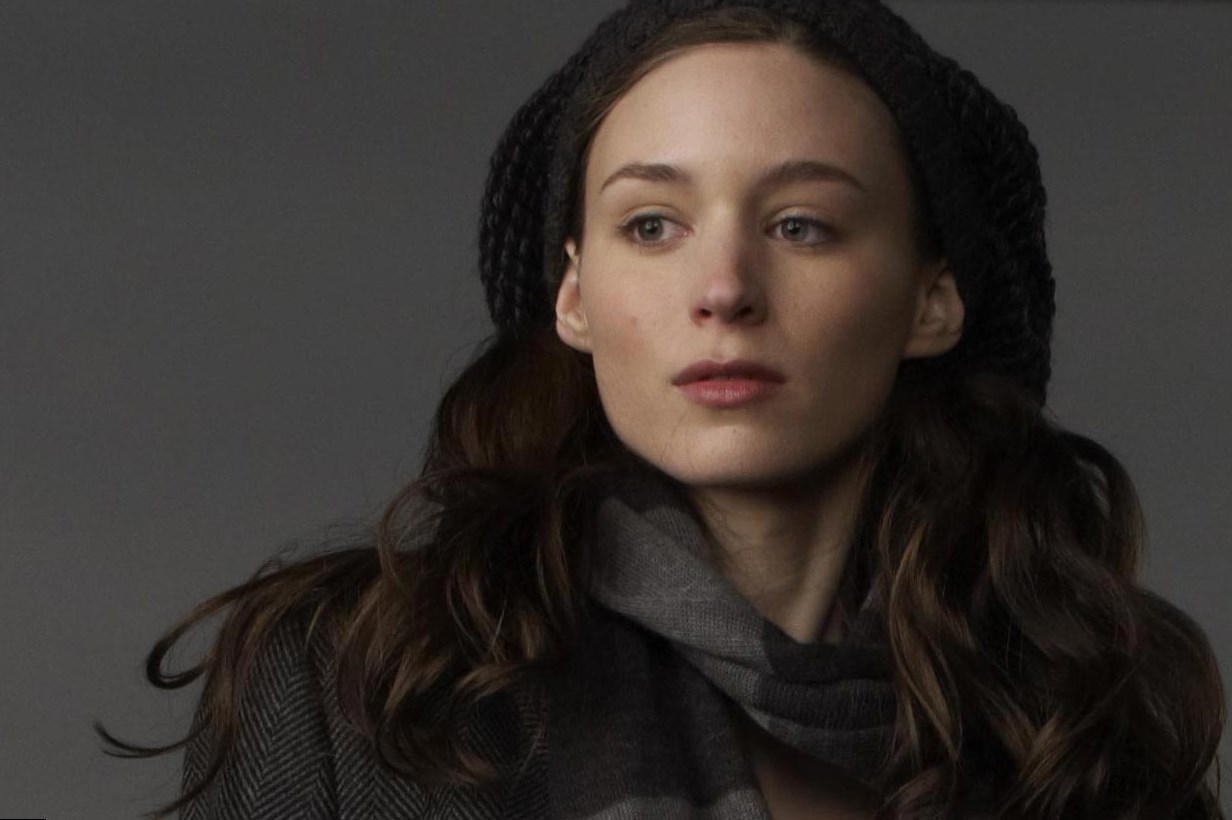 2.The Girl with the Dragon Tattoo

Rooney Mara got her first success after the film “Social Network”. She decided to work harder to make the progress in her profession. Her next hit was the film “The Girl with the Dragon Tattoo”, where she acted as Lisbeth Salander. The girl had to appear nude on the screen. The actress tells, she is all right with the nudity and can show her body, if it is demanded by the film plot. But, according to her own words, her favorite part of the body is Rooney Mara feet. 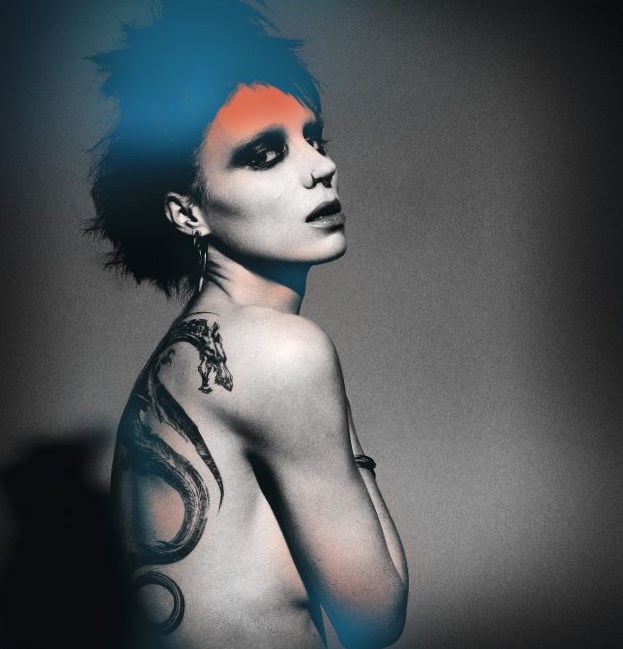 Roonie Mara in a ‘Girl with the Dragon Tatoo’

The film of Spike Jonze is not the first one of that kind. It tells about love affair between a lonely writer and a personality-driven operating system. Rooney Mara acts as Catherine, an ex-wife of the main hero, played by Joaquin Phoenix. 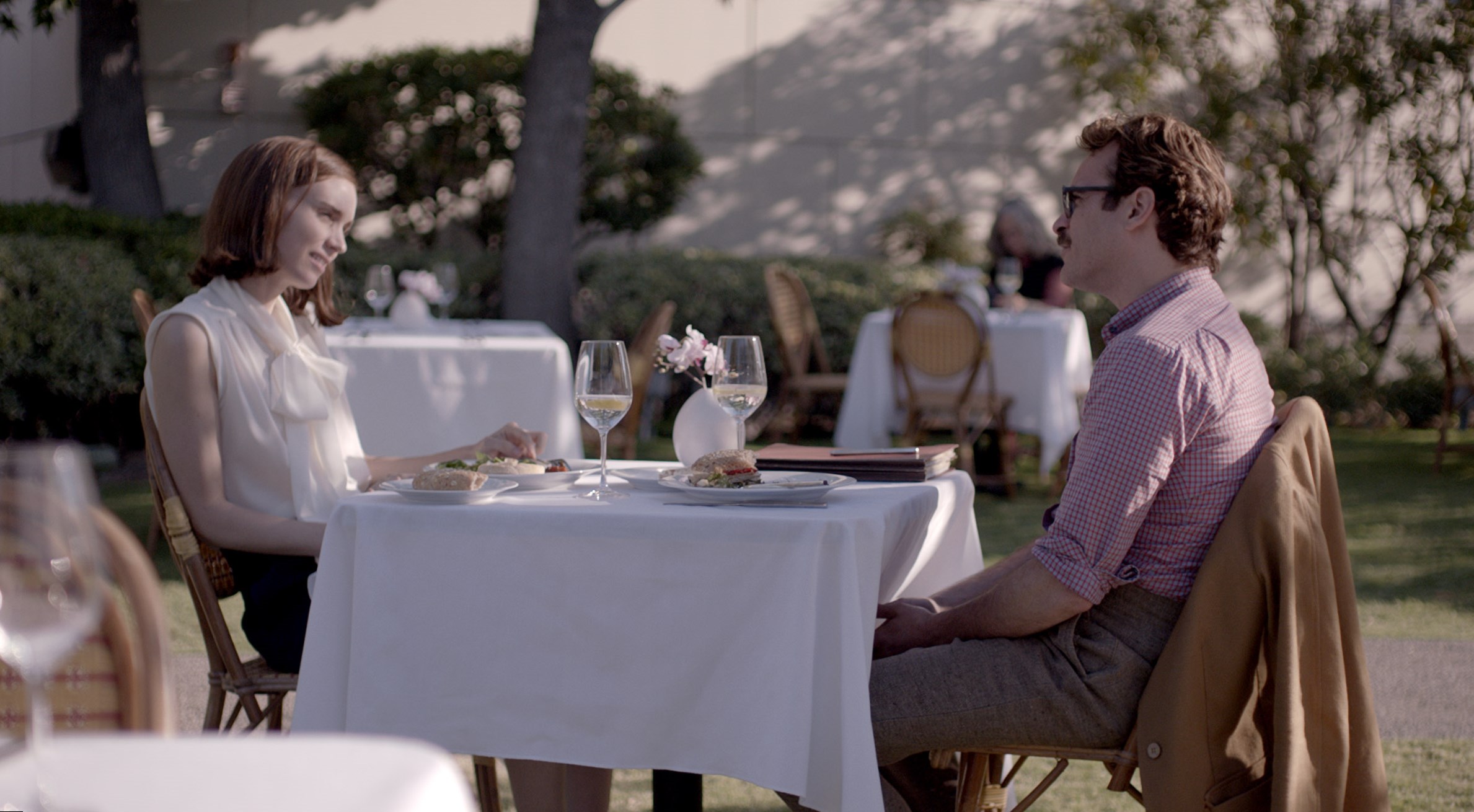 Roonie Mara and Joaquin Phoenix in ‘Her’

The movie tells us about the love of two lesbians, one of them is married. The topic is popular nowadays, that’s why the film got positive critical acclaim at numerous festivals. Rooney Mara co-acted Cate Blanchett, Kyle Chandler, Sarah Paulson and the others. For her work in this film an actress got Golden Globe nomination. She also got the second Oscar nomination. 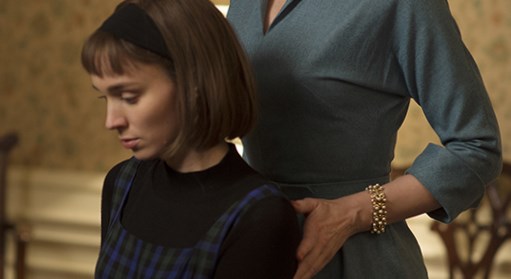 It is one of the latest movies of an actress. The main star in the movie is 13 year old Levi Miller, who was chosen from several thousand boys all over the world. The movie of Joe Wright gives his own vision of the popular story about Peter Pan, a boy, who will never become a grown up. The actress acted as Tiger Lily. 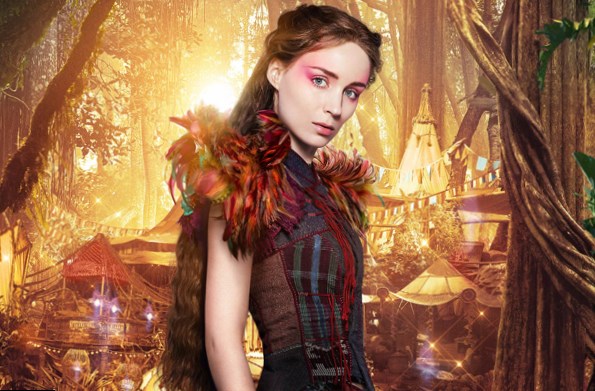 The movie got mixed reviews, but in any case, it is another strong screen work of Rooney Mara and her next step on the way to stardom.

The actress moved to Los Angeles and now she lives there with her long term partner, Charlie McDowell, a film director. 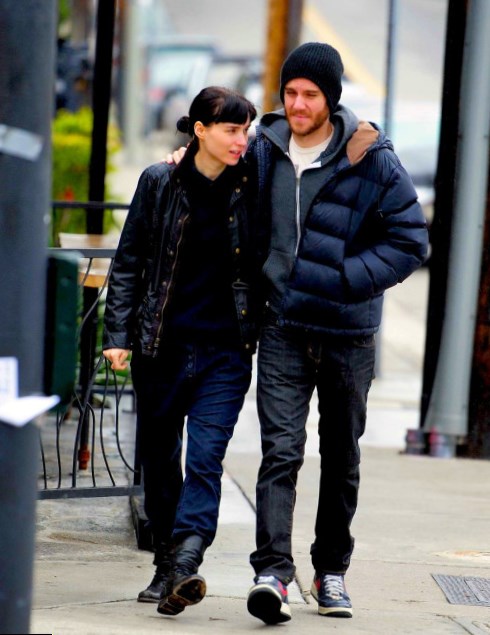 Still she is close with the other members of her family. She visits her parents’ house as often as it is possible. 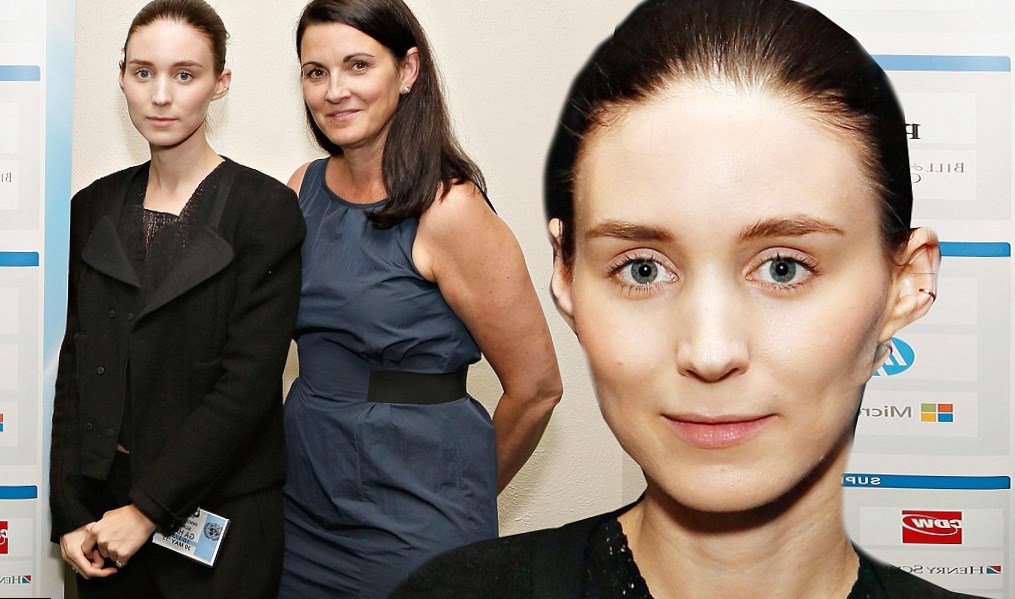 Roonie Mara with her mother

Rooney Mara is a philanthropist. She has created the foundation Faces of Kibera. The main aim of the organization is to support orphans from Kenya. 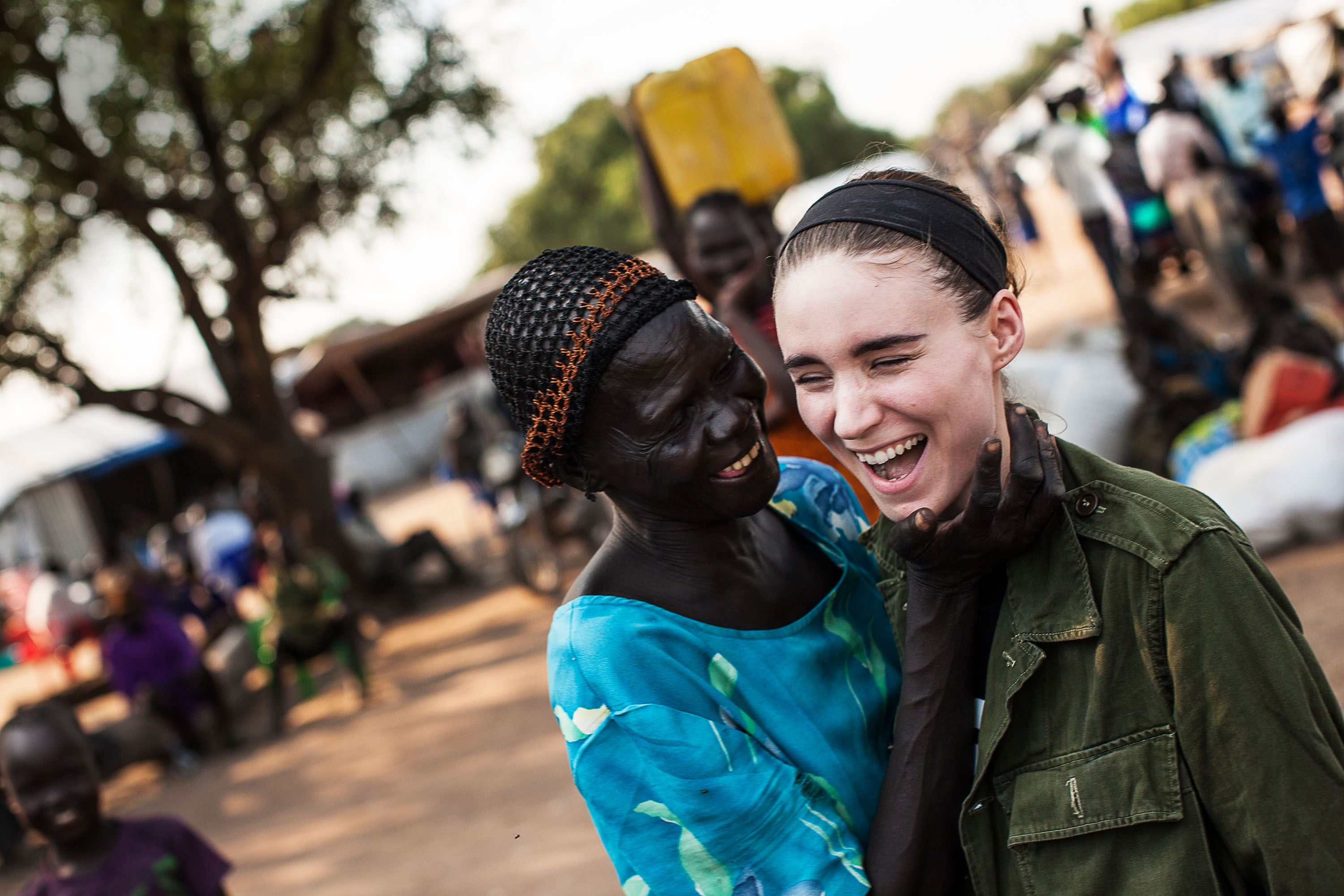 The actress is very simple and modest in her real life. She is really talented and devoted to her profession.