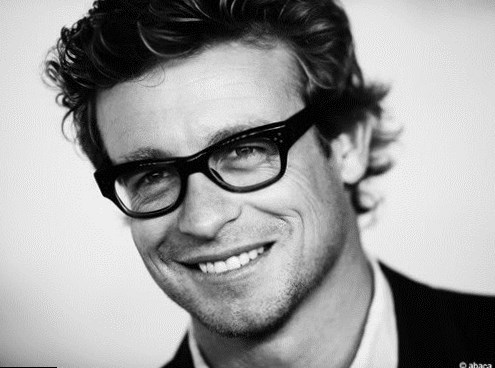 Simon Baker was born on July 30, 1969 in Australia. Simon is known as an actor and film director. He is famous for his starring roles in the CBS TV series The Mentalist and as a star of The Guardian. Besides, Simon is also known due to the roles in Land of the Dead and The Devil Wears Prada.

The beginning of Simon’s career dates back to the late 80s. It started on Australian TV where he appeared in several music videos and was known to the public as Simon Denny. Denny was a name of his father in law.
In the middle of 90s he relocated to the United States where he got a role in L.A. Confidential. The role brought him a variety of opportunities in supporting roles in several movies.

2006 was rather successful for Simon Baker. He received a role in a world famous movie The Devil Wears Prada, where he played a role of a well known writer. Also he was cast for a star part in TV series Smith, however it was not long lasting project.

Two years later, in 2008 Simon got a superb chance to play a leading role of a consultant of Californian Bureau of Investigation in the award-winning series The Mentalist produced by CBS. He did his job in a perfect way and was nominated for Emmy Award. Shortly after in 2009 Baker was again nominated for his second Golden Globe Award and for the first time he received SAG Award for The Mentalist.

After successful years of acting career Baker decided to try his hand as a film director. The directorial debut was made with an episode of The Guardian. It was named “My Aim is True“. Of course he did not miss a chance to direct episodes of The Mentalist and did it beginning from the third season.

In 2013 Simon Baker was honored a star on the Hollywood Walk of Fame for his contribution to the American and world cinematography and entertainment industry.

The actor also took part in a charity football match in 2010. He played for The Rest of The World team vs England.
However, cinematography is not all in the life of the Hollywood star. Simon Baker presented a world known brand Givenchy and presented a Fragrance “Gentlemen Only”. The Australian bank ANZ also invited Baker to 18 month advertisement campaign. In 2012 world famous brand Longines made an agreement with the actor and Simon became the Longines Ambassador of Elegance.

Simon Baker is considered to be a real sex symbol. The actor confessed that being a young man he cared about his appearance because he wanted to draw women’s attention. But when he met his wife he confessed that his attractive appearance was just the main tool, necessary for his profession.

Fateful meeting with Rebecca Rigg happened in 1991 at blind date in Royal Hotel Paddington. In two years Rebecca gave birth to their child. Having lived together for five years the couple decided to marry. Now the couple has three children: two boys and a girl. In the majority of the actor’s interviews he frequently speaks about his family. His family is the main thing for him and in every way he tries to keep warm relationship for as long as it is possible.