Did you know that among the celeb dog lovers is another Oscar – winning star – Anne Hathaway?

In the house of the Interstellar star lives a beautiful chocolate Labrador named Esmeralda. This faithful companion appeared in the life of a Hollywood celebrity Anne Hathaway 12 years ago, and since then it has become her real friend. 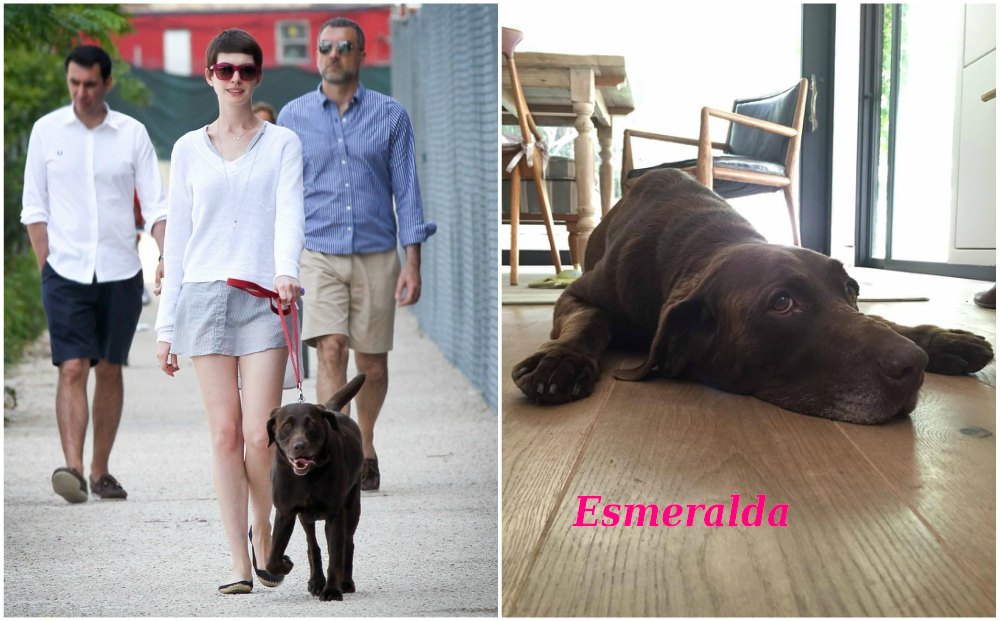 A Labrador of a chocolate color became a devoted friend, and, according to Ann, it helped her owner to cope with depression.

Anne believes that true friends should be together throughout the life, so the actress will never abandon or betray her charming four-legged friend, and it is commendable!

Anne Hathaway likes walking with her Labrador Esmeralda and her husband, Adam Shulman in Brooklyn. The family is often seen together during such strolls.

In 2014, the family of Anne Hathaway and Adam Shulman welcomed a cute furry addition. The pair decided to adopt another dog. The actress’s chocolate Labrador Esmeralda got a new friend – a puppy named Edward.

The doggy was adopted in June from the animal shelter in Beverly Hills. According to the couple’s surrounding, they were looking for a companion for Esmeralda. For the first time, Adam came to the shelter alone, and said that he would like to take a puppy, which could become a good friend for their dog. 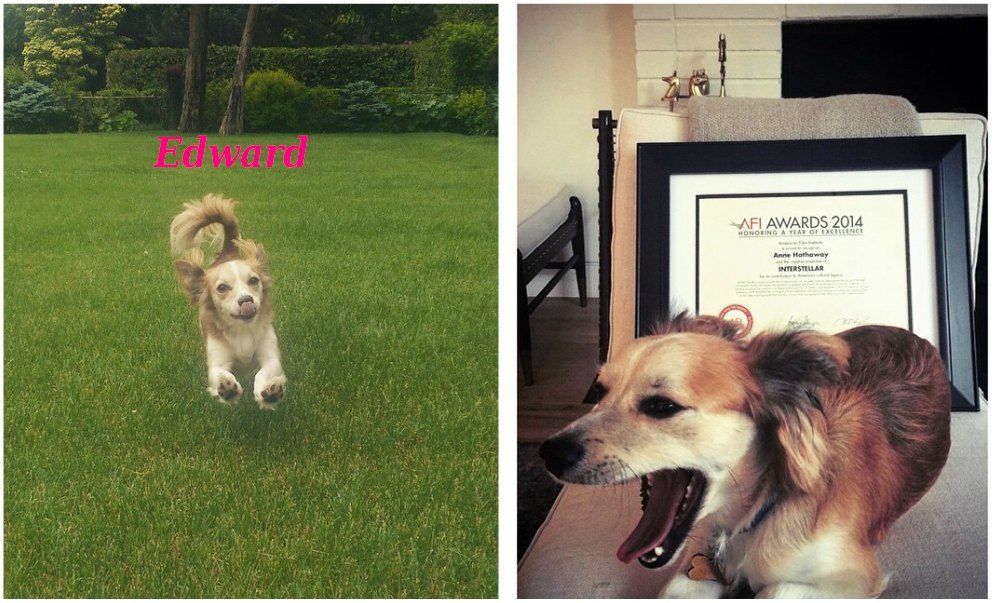 But why did they choose that particular dog among the others?

The reason is that Adam immediately drew his attention to one puppy and the next week he came back with Ann. The puppy did not take his eyes off the couple. They immediately realized that they had a good eye contact with the dog, and it would be easy to train him. That was how their choice was resolved.

The star of The Dark Knight Rises, Anne Hathaway, and Adam Shulman prefer not to fall into the cameras’ light, but even in a multimillion metropolis is not so easy to stay in a shadow.

The spouses often become heroes of various gossips. And we, of course, welcome this fact – it gives us an opportunity to follow them in their natural surroundings. Due to such cases we know that their most favourite activity is strolling round the city in a company of their beloved pets.