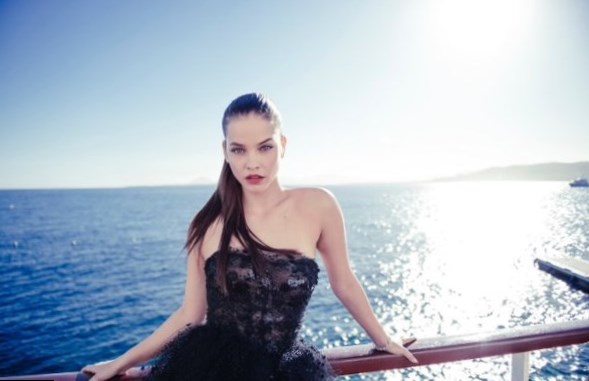 Barbara Palvin is a new name in fashion industry – a new, but really a loud one. The girl started to work, being a teemager, when she was scouted by the agent of IMG. She was walking in her native city, Budapest, with her mum, when a scout offered the girl to try modeling. Her mother was so happy to support her daughter in her career.


Soon the life of a teenager Barbara had changed. She left her native country and went to Japan, where she appeared on the cover of some popular magazines.

Soon the girl got an opportunity to model for Prada and it was her big break. After that Barbara Palvin photos appeared on pages of various popular magazines, including “L ‘Official”, “Vogue” and many others.

Barbara Palvin became internationally popular, when she started modeling for Victoria’s Secret. She also was signed by L’Oreal Paris, which became one more multi-million contract in Barbara’s life.

The personal life of the model is not so intensive. She is busy with her work and has no time for love affairs. But Barbara was rumored to date Justin Bieber. They say she had even a conflict with his ex-girlfriend, Selena Gomez, who had seen the photos of her ex and a model in social media. Barbara Palvin was also romantically connected with Leonardo DiCaprio.

Barbara Palvin is not yet a supermodel, but she is one of the most promising stars in fashion industry.

She is too young to have some special plan of exercising and beauty secrets. But she told in her interview, that she likes Pilates and yoga. It helps her to keep her body fit.

Barbara Palvin is the fan of soccer and she practices it from time to time with her friends. It is also one more secret of her beauty.

Barbara Palvin cares not just about her body. She cares about her skin and hair too. The star makes hair masks and face masks every week.

She doesn’t keep to a diet, but she eats healthy food, doesn’t drink alcohol and never overeats.

Barbara Palvin says that her role models are Claudia Schiffer and Natalia Vodianova. She dreams to make a great career as a model and then start career of an actress. She has already made her debut in the movie “Hercules”.