She is just a young girl with a sweet oval face, long blond hair and deep grey eyes. She has an open smile and looks so childish to some extent. Brighton Sharbino age is just 13 and like any other teenager, she is involved in studying, friendship with her classmates and first flirting with the boys. At the same time her face is recognizable, she is known as Walking Dead Lizzie actress and she knows, what the word “responsibility” means, as she is not just a teenager. She is working. 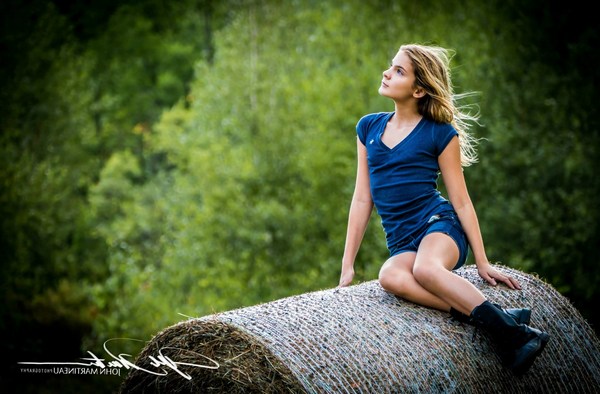 Brighton Rose Sharbino was born in 2002. Her birthday is on the 14th of October. She is a daughter of Angela and Ron Sharbino. Brighton spent her childhood in a picturesque place, named Flower Mound (Texas). She grew up there with her elder sister, Saxon, and younger brother, Sawyer. It was her sister, who got interested in acting. She took acting classes and then tried her hand as a model. Saxon Sharbino attended several auditions and finally won the role of Ed’s daughter in Simon Rumley thriller “Red, White & Blue”. 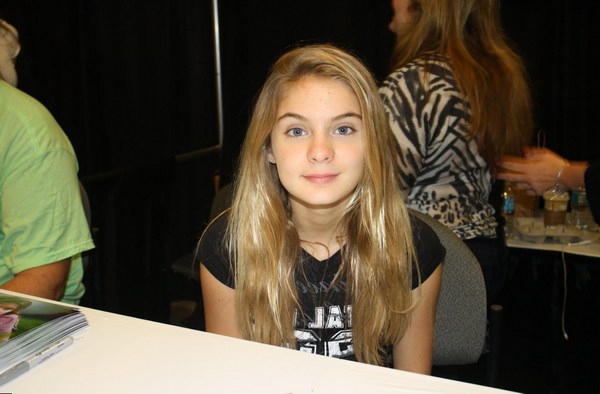 Saxon liked acting so much that she convinced her parents to move to Los Angeles to give her an opportunity to develop as an actress. Thus Brighton Sharbino family resided in LA.

At first Brighton Sharbino looked at her beautiful and talented sister and dreamed to become an actress too. She asked her parents for permission to visit acting classes. She attended Los Angeles acting school, where made friends with small Kyla Kenedy. Several years later Kyla Kenedy and Brighton Sharbino would cast in the most popular series of the year, named “Walking Dead”. Now the young Bri Sharbino is called by her fans as Lizzie the Walking Dead. For now it is the main role in her movie list. But it is not the only one and it is not the first one. 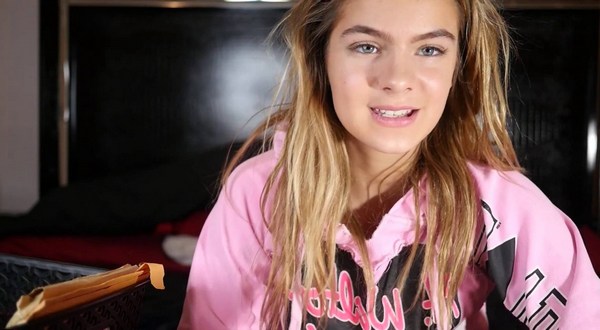 Brighton Sharbino started her acting career at the age of 6. Gradually she won several noticeable roles and got her first kudos as a child star. She made her debut in TV series “Friday Night Lights”. Here are her movies and TV shows.

The story about school football team and its fans was on during 5 seasons. At the age of 6 years old, Bri Sharbino debuted in one episode of TV series. Her modest debut showed that the girl is a talented actress and she will get new roles very soon. 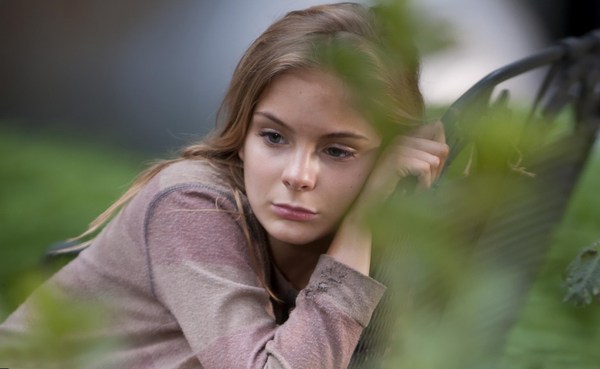 TV series, which helped Miley Cyrus to make great leap in her career, was also one of the first TV projects of small Brighton Sharbiro. Her heroine appeared just in one episode, but the small actress gradually made her first steps to stardom. 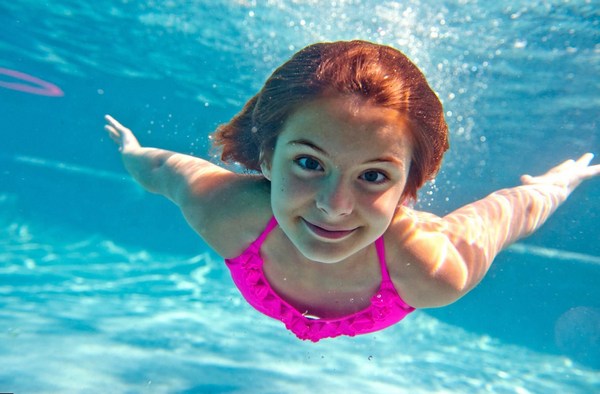 The story about rich gay couple and the surrogate mother, who was supposed to bear a child for them, was on air just during one season. Brighton Sharbino casted in one of episodes as Sarah. 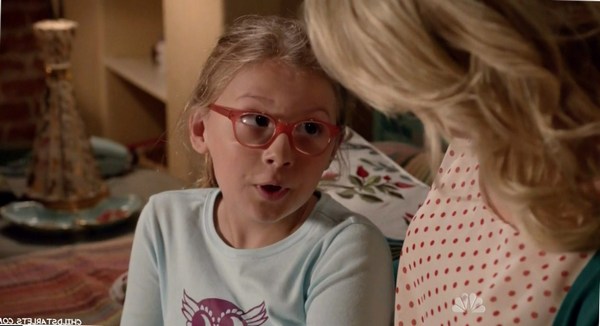 Brighton Sharbino in ‘The New Normal’

Brighton Sharbino was a young version of Pauley Perrette’s character. She was busy just in one episode too. But TV series had great commercial success. The face of an actress was becoming recognizable. It was a great platform for a big leap forward and Brighton Sharbiro used this opportunity. 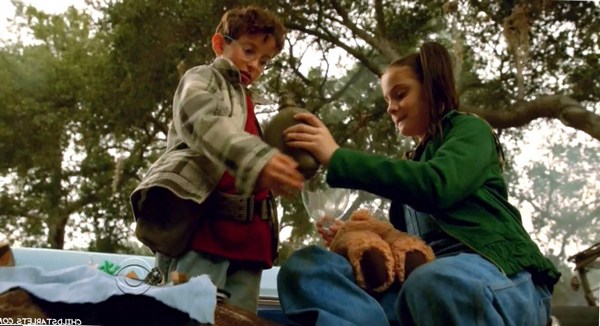 No doubt, it was her big break. She was chosen to act as Lizzie Samuels. Finally Brighton Sharbino got recurring role. She was busy during 2 seasons and appeared in 10 episodes. Her heroine helped Brighton to won the hearts of her fans all over the world. Everyone, who was watching the movie, dreamed to know Lizzie Samuels real name.

Brighton Sharbino in ‘The Walking Dead’

During her work on TV series Brighton made friends with other child co-stars. As it was already mentioned, she knew the other actress from TV series, Kyla Kenedy, from school. During her work on the series, she made friends with Chandler Riggs, who acted as Carl. The Walking Dead Carl and Lizzie relationship is one more interesting line in the series.

Her participation in the “Walking Dead” was over as her heroine was killed. But the life is going on and Brighton Sharbino is busy with new movies as well. She won the role in a fairy tale series “Once Upon a Time”, where she played as young Ingrid. 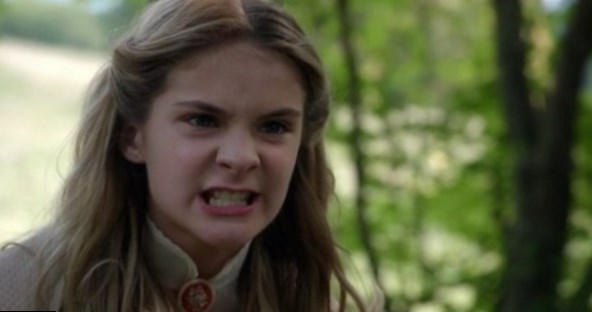 The actress took part in two episodes of TV series.

Being the star of TV series, an actress Bri Sharbino got an opportunity to act in big screen movie. In March, 2016 we will see her as Abby Beam in a Christian film of Patricia Riggen opposite Kylie Roggers and Jennifer Garner. 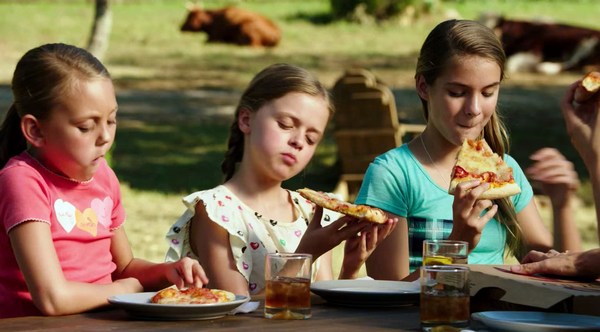 Brighton Sharbino in ‘Miracles from Heaven’

So, career of the teen actress remains successful and her schedule is still tough.

It was rumored that Brighton Sharbino boyfriend was Chandler Riggs, her colleague from TV series “Walking Dead”. They had some chemistry on the screen and their fans decided, the teenagers have some love interest in their real life. But Brighton Sharbino, who is just 13, doesn’t think about boyfriends. She devotes her free time to studying at school. Besides she tries her hand as a film director and makes home videos with her younger brother and elder sister.

Brighton Sharbino has a hobby – she is a dancer. She attends dancing classes and tries her forces in hip hop, ballet and competitive dancing.

Bri Sharbino has no plans as for her future career. She just lives – and that’s all.