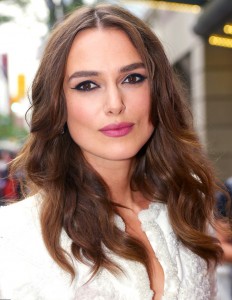 Keira Knightley drew the first breath in March 26, 1985 thanks to a bet which was made between her parents, famous British actors, Will Knightley and Sharman Macdonald. The actors placed a bet that if Sherman, who was a playwright, sold her first play then in their family would appear one more child. At that moment their family already had a son, which was born in 1979. Fortunately Sharman had won a bet!

She tried to be the best at school because she wanted to put an end to congenital dyslexia. But it is necessary to emphasize that except studies Keira dreamt to become a popular actress and after school she attended drama courses. When she was six, her parents permitted her to acquire an agent and thanks to 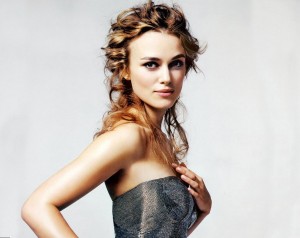 him a young actress screened in her debut film «Royal Celebration», where she played a role of a young girl. During several next years, Keira took part in mini serials and TV shows. The girl has similar features with Natalie Portman and even their mothers couldn’t distinguish them when both were in full make up. Sometimes Keira stood by Natalie Portman on shootings.

Her first serious role was the role of Rose Fleming in British series “Oliver Twist”. But thanks to the role in the film “Bend It Like Beckham” the actress achieved long-awaited prominence. Fr 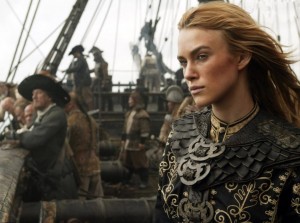 om this moment Keira gained popularity and fame. More limelight was added after shooting in “Pirates of the Caribbean”. She screened with such celebrities as Orlando Bloom and Johnny Depp.


If to mention her personal life she never concealed something. She is a very pretty woman with a height 170sm and weight 54 kg. In her 30 years, her model appearance and seductive hazel eyes do not leave cold anyone. Some of her admirers consider her to be too thin. Keira had a relationship with Del Synott, Jamie Dornan, Rupert Friend and James Righton. Practically all of them were not longstanding except the relationship with James Righton. They married in 2013 and the ceremony was calm and 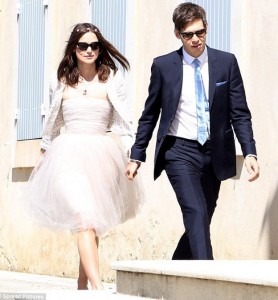 low-key. By the way, now Keira is pregnant and it is rumoured that she is waiting for a boy. For certain finally the actress is happy with her husband. 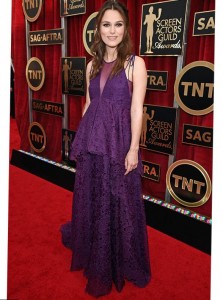 The admirers of Keira Knightley’s talent consider that her slim figure is not a result of exhausting diets and trainings in a gym. She naturally has slim figure. The actress consumes any food without any limits and says that she is too lazy for trainings in the gym. By the way, in order to correspond to her role in the film “King Arthur” Keira was made to gain some weight. Nutrition specialists worked out a special diet for her but in vain. In order to achieve the necessary result the woman consumed a special protein shake. Exactly thanks to this shake Keira finally received rounded forms that were necessary for the role.

Video: Keira Knightley on Being Pregnant at the Oscars