A golden retriever was adopted by Garner-Affleck family in May 2015. Actually, the second half of 2015 became hard time for the family because of the divorce. 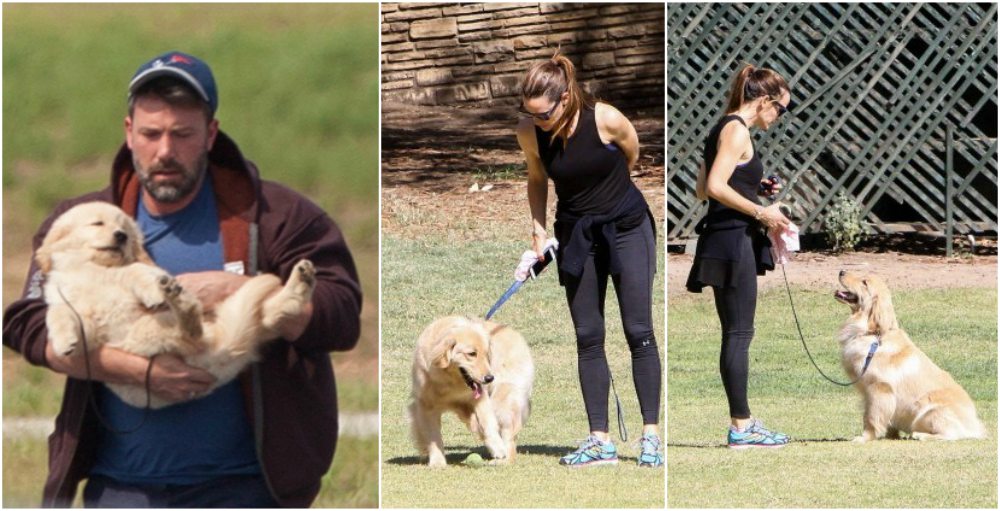 Regarding the case, the puppy (it was little at that time) lived with Ben after the announcement of the divorce. But the Oscar winner appeared to be a great loving father and in order to smooth the children’s stress, he brought the dog back to them.

You couldn’t but see Ben’s photos where the Batman was holding a golden puppy in his arms. Yes, that was the very moment when the dog was delivered to the children on a private plane.

The Retriever is often spotted with Ben while the actor walks with his daughters.

Ben has another companion – a German shepherd. There is no exact data how long ago the dog joined the family, but it was probably in 2011. This dog seems to be inseparable with his celeb owner and follows him everywhere.

Besides, it’s a great guardian. There was even a scandal involving Ben and his dog. One paparazzi announced that Ben incited a dog at him. This information wasn’t confirmed. But it could happen if the man irritated the actor with his officious shadowing. 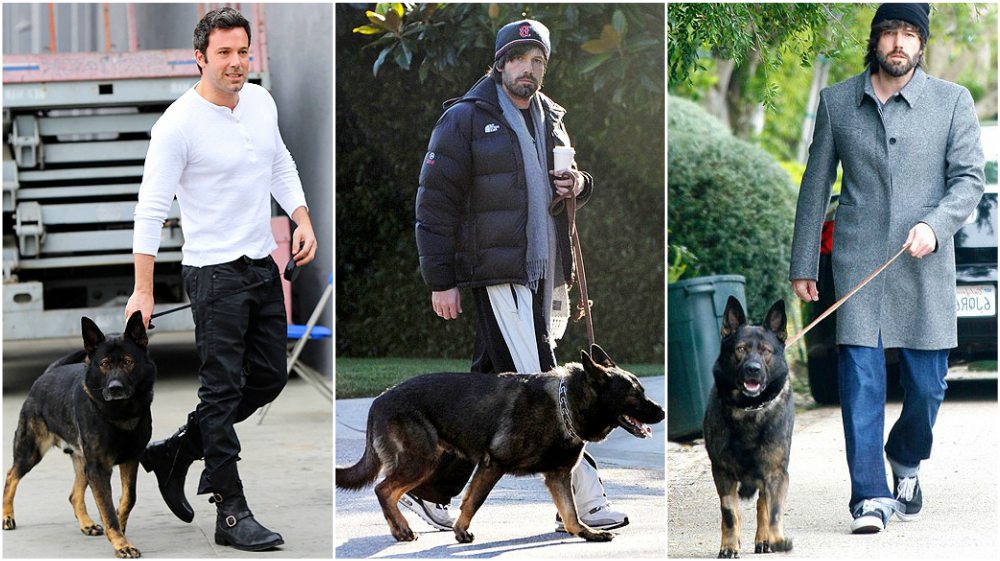 The German Shepherd often follows Ben even at the shootings. The two look like real mates. Who knows, maybe, it’s a kind of remedy for Ben…

Martha Steward is also a real family member. Not only Ben, but also his ex-five, Jennifer Garner, adores her. To support the idea, in 2013 the Hollywood actress and just a beautiful woman, Jennifer, was invited to the kids’ TV show as a guest. And did you guess who kept her a company? Yes, it was Martha. 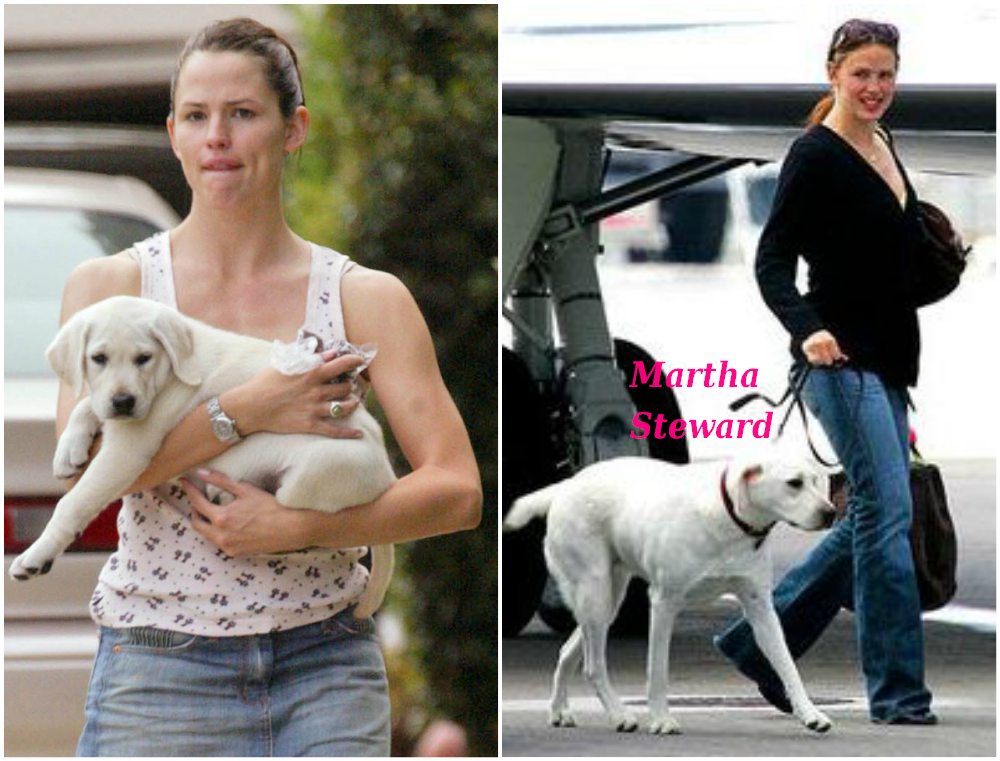 Daughter Violet is often spotted walking with a big Labrador. She seems obsessed with Martha.

Despite the fact that the parents divorced, there are at least three reasons for the family to cling together – their common dogs. Children love them and want to take care of the furry friends.