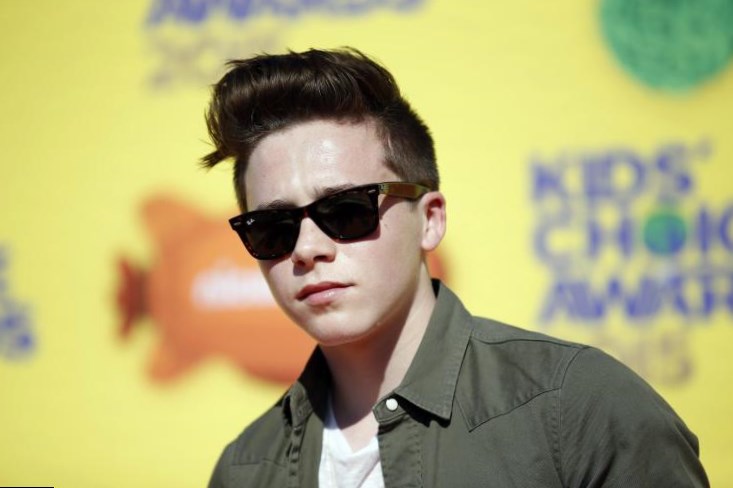 Brooklyn Beckham is the only one of four Beckham children, who was present at the wedding of his parents. The boy was born on March 4, 1999 and 4 months later his parents – David and Victoria Beckham married in Irish old castle. So David Beckham son was born a star. At his age Brooklyn Beckham is already a celebrity – famous not only due to the fame of his parents, but thanks to his own talents and handsome look. It seems all the members of David Beckham family are gifted, talented people. Although his own parents were a hairdresser and a kitchen fitter they were also successfull in their work. So the son of Victoria (pop singer) and Beckham had everything a boy can wish to himself today. Unlike many other “starred” kids the boy appeared in the family of loving people, where love is placed on the top of the priorities list. And the family wealth has become the greatest benefit to a boy. Another “benefits” are his two brothers and a smaller sister. 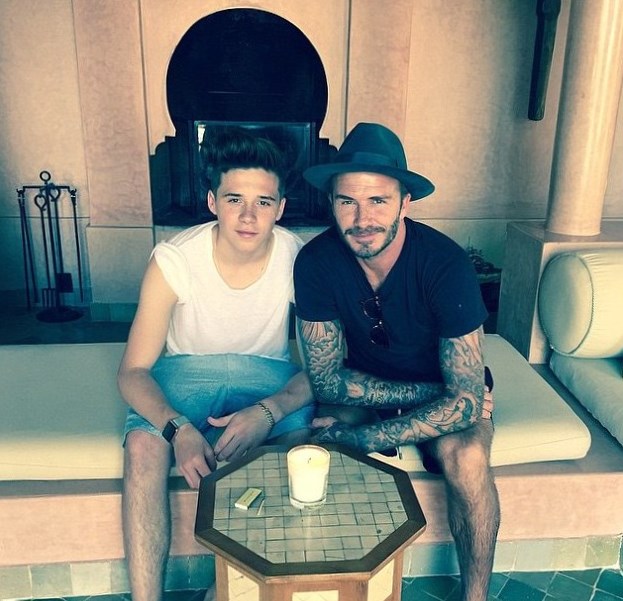 The fame came to Brooklyn even before his birth, but after March, 4, 1999 it started to grow every day. When Victoria and David were leaving maternity house with baby Brooklin in his father’s arms, hundreds of photographers and correspondents tried to “steal” at least one moment from the new life of the Beckhams. Later British media joked that Brooklyn was the most famous baby in the world after…Jesus Christ. The boy was called Brooklyn after the place he was conceived. His parents calculated that exactly New York, Brooklyn district was the place where their act of love turned into something more – a new life. For the first time in his life Brooklyn saw a football field in May 2000. David and his team celebrated a victory the English Premier League tournament. After the match young father hung his own gold medal to his son’s neck. The boy’s Godfather is Elton John.

In spring 2014 the eldest son of the star couple, Brooklyn started his first job. On weekends he worked in London cafe serving tea and coffee to clients. The guy decided to start earning himself and stop asking for money from his parents. Although David and Victoria are very wealthy people they supported their son’s decision. Everybody in Beckham family knows how to earn money himself or herself, so that no one was against the 15 year old boy decision to serve hot drinks. Later he worked in team with his dad and Madonna‘s ex-husband Guy Ritchie. The work was connected with advertisement. 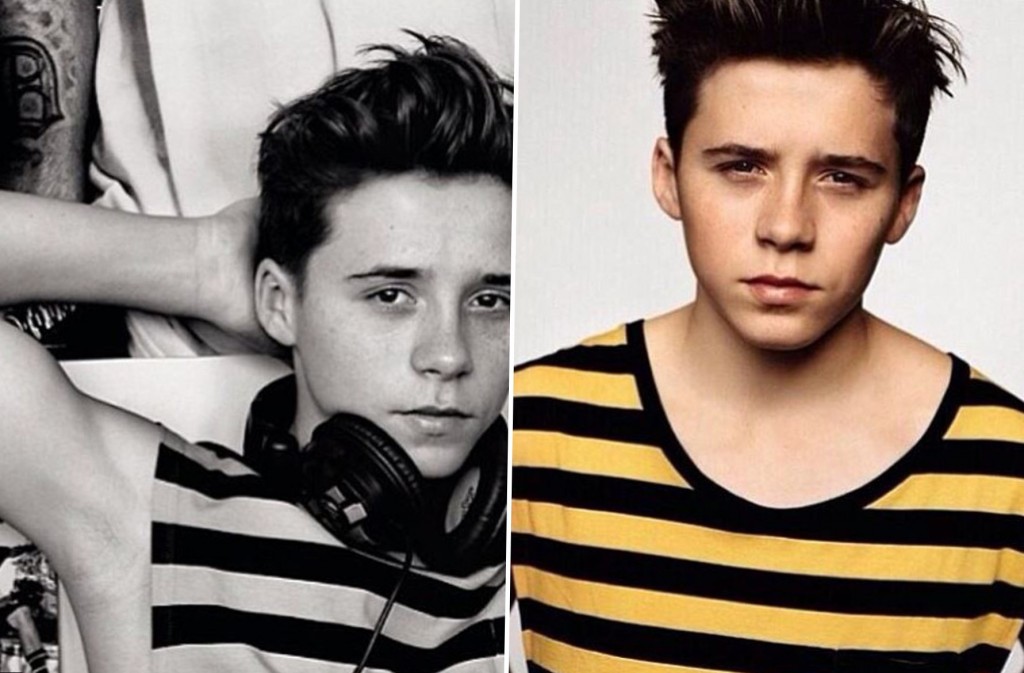 Recently the information about love affair of Brooklyn and a 17-year-old star of “Telekinesis” Chloe Moretz appeared in media. The young lovers met at Fashion Week in Paris. They were seen constantly talking, enjoying the shared leisure, laughing. Paparazzi caught the pair when they were skateboarding in Santa Monica. Victoria does not have anything against the early romance of her son, and even blessed the couple in a good mood. However, nobody knows if these long-distance relationship (the guy lives in England, and Brooklyn Beckham’s girlfriend – in the USA). More over, the actress said she’s not ready for serious decisions yet. Meanwhile, young people look cute together.

The guy is sincerely admired by Eva Longoria, her talent and her beauty. The teenager keeps correspondence with the actress in social networks. Recently Brooklyn placed a cute photo in Instagram: Eva Longoria stands near the boy with her head resting on the shoulder of Brooklyn, smiling. However, the total control by his mom and dad (even dating with Chloe Moretz the boy was “guarded” by one of his parents), does not give any chance to rumors. They are good friends. 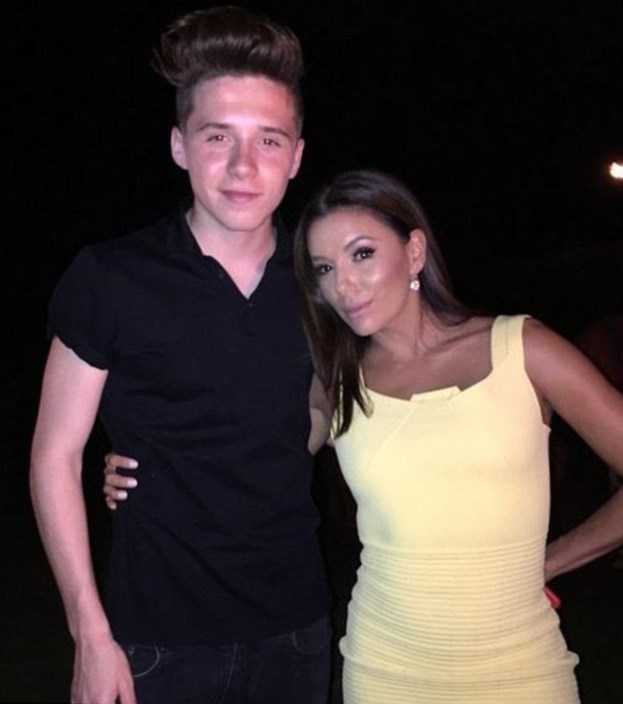 Although his dad was expecting Brooklyn would follow his footsteps (in football), it seems teenager has got another plan. Recently he signed a contact with a model agency, and he is thinking seriously about Hollywood career. Definitely Brooklyn Beckham as a model will be closer to his American girlfriend Chloe Moretz … or the young guy has decided something different? 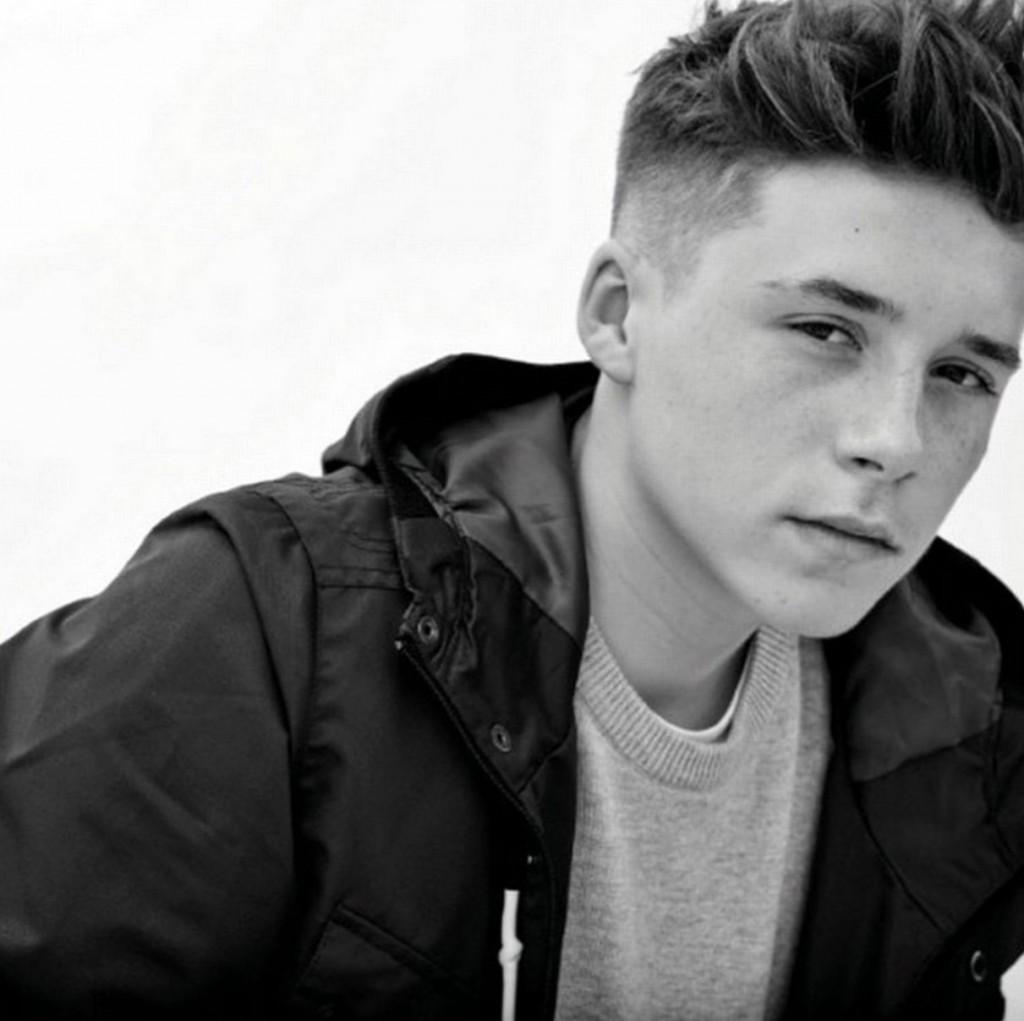