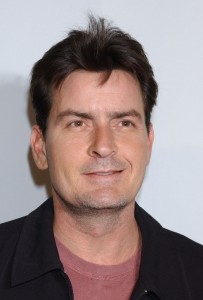 Born on September 3, 1965, in USA, New York City in the family of Broadway actor and art student, future Hollywood star has begun his career very early, in 1974. 9 years old boy played a small role in The Execution of Private Slovik , his father’s movie. The world fame came to Carlos (Charlie Sheen already) in 1986. Oliver Stone’s war drama Platoon which won 4 Oscars made young handsome actor a dream of many women of all ages. Not everybody knew that a young man had already a daughter, born in 1984 from his school girlfriend Paula Profit. However, they were not married, and Charlie was still a man of many girls’ dreams.

The growing popularity of the actor and salary, also growing with this popularity (for Three for the Road in 1987 he was paid $500,000 and for Terminal Velocity in 1994 – $6,000,000) has led the actor to series of love affairs, alcohol and drugs addiction and even arrest. In 1990 they broke engagement with Kelly Preston after Sheen shot the girl into her arm by accident. The actor dived into a number of love stories with actresses starring in adult films. 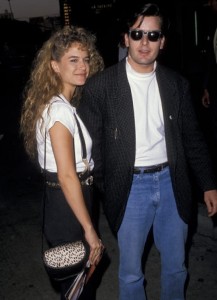 In 1990s he met Ginger Lynn and Heather Hunter. Despite his numerous love affairs he married officially at his 30 th birthday, on September, 3, 1995. Donna Peele and Charlie Sheen were married a year only, and in 1996 they divorced. The official reason of divorce was again… love affair of the famous actor. 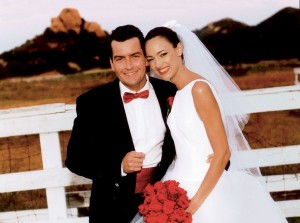 His second wife, Denise Richards, Sheen met in 2000. In 2002 they married, and stayed together for 4 years. Denise and Charlie have 2 daughters, born in 2004 and 2005. Again – drugs, alcohol, threats of violence turned into a weighty reason of a divorce. 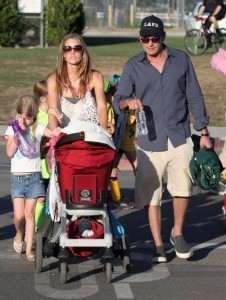 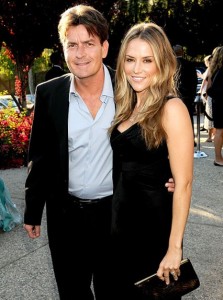 The third marriage with Brooke Mueller gave Sheen twin sons in 2009. The existence of 5 children (!) did not stop Hollywood playboy and bully from his “exciting adventures”. As always Sheen returned to his habits – now he lived with porno actress Bree Olson and another girl, Natalie Kenly, who is far from this business. The girl is a graphic designer. Both women parted with Sheen, but it did not make him alone. Charlie started to meet with Georgia Jones- also actress starring in adult films. In 2014 ( February) Sheen became engaged again. Brett Rossi ( real name – Scottine Ross) planned to became his wife in November, 2014. However, they separated. Scottine Ross accuses the star in abuse again. The 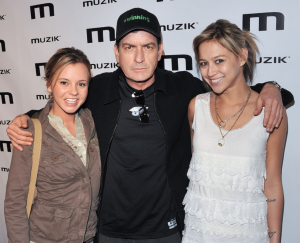 Despite of all these love affairs and scandals the man, who was born once as Carlos Irwin Estévez and won his popularity as Charlie Sheen is loved by millions of his fans. So the star should know – “good” girls also like him.