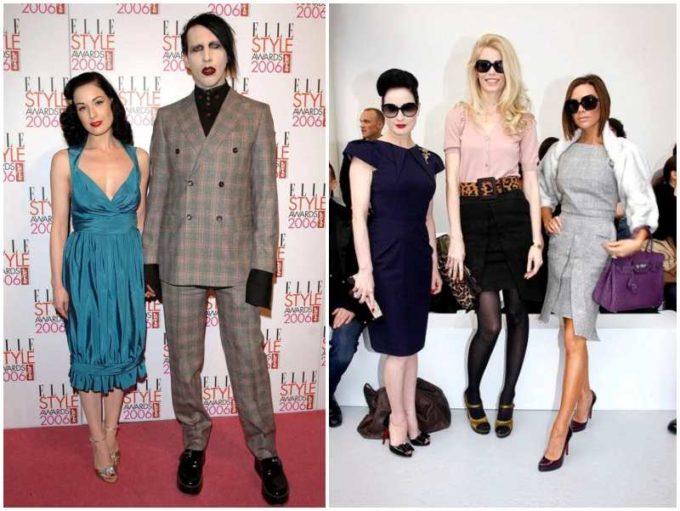 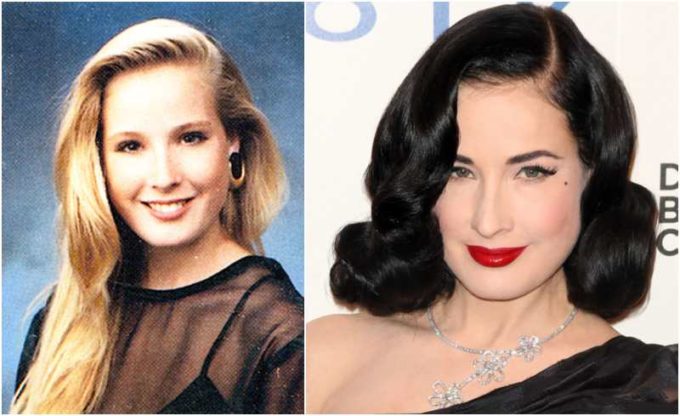 Dita Von Teese is a remarkably talented burlesque dancer, costume designer, actress, singer and vedette who has created a unique niche herself in the entertainment industry for close to 3 decades.

In the mid 90’s, her acting career was launched through a role in the movie Romancing Sara. By 2006, she branched into the television industry featuring on an episode of the modelling show America’s Next Top Model.

Over the years, Von Teese has not undergone so many physical changes as she looks as though she has not aged a day above 25. However, in her earlier years, she used to rock her blonde straight and long hair. At some point in her life, she decided to dye her hair and eyebrows black and opted for a curled hairstyle.

It is uncertain if she was going for the Snow White look but this change made her look like the fictional character as it gave her a fairer look. We can definitely say that Von Teese is the fairest of them all.

When it comes to her body physique, Von Teese is very dedicated as he holds her fitness in her very high esteem. In order to maintain such a figure in her mid-40’s, Von Tesse is very strict when it comes to her diet as she has found various tricks to help her opt for healthier meals.

Von Tesse consumes the highest amount of carbohydrates each day in the morning and often snacks with fruits and various kinds of soups. Her lunch basically consists mostly of salads while her dinner is protein packed. 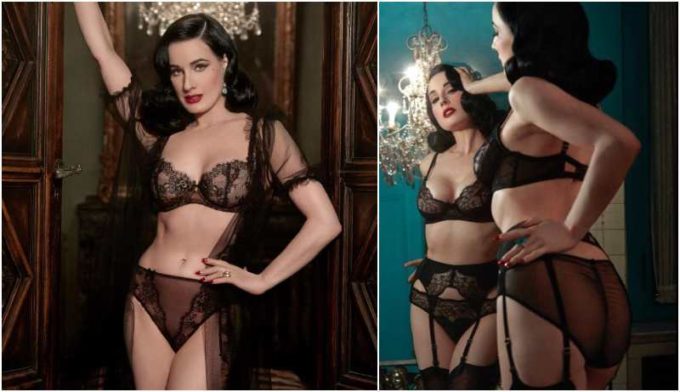 Alongside her perfectly planned out diet, Von Teese uses pilates and yoga to keep herself active and fit. We can evidently say that all these fitness techniques have worked perfectly for her and completely given her a flawless look even at 45.