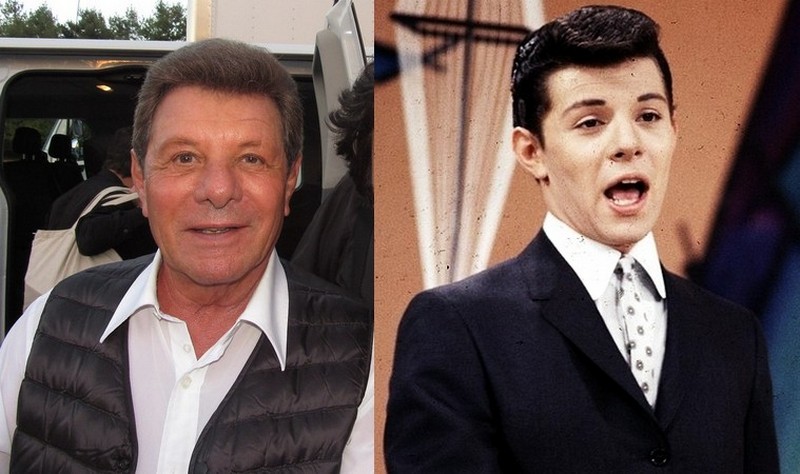 American teen idol of 50’s Frankie Avalon the best known for his actor and singer career. He became famous for his starring roles in beach movies. The future pop star in his childhood did not even think of becoming a singer, because he was more passionate about boxing. But after watching one movie, Frankie asked his father to buy him a trumpet and soon began to play in the best clubs of the famous resort of Atlantic City. From 1952 he began to appear in TV programs like TV Teen Club.

He was a member of several boy bends, and in 1959 released his main hits as an independent singer. Venus and Why headed the national list of popularity and appeared in the charts and in the “American Bandstand”.

In the film career, a series of beach melodramas and comedies brought him good luck, and with the fading of his pop career he increasingly switched to working in Hollywood. Frank showed all his magnificence when he sang the number of Beauty School Dropout in the acclaimed film Grease.

Being on the wave of popularity Grease star was thinner, with attractive face and shiny eyes. Despite on his age, now the man looks noble as a person, who reached everything he dreamt about.

He moved to Los Angeles from Philadelphia a long time ago and lives in San Fernando Valley with his family: he has four daughters and four sons. When a wave of nostalgia swept through the 50s, his best songs were reprinted several times in the States, Britain and Europe.