A dog is a man’s best friend and Hollywood proved it to us again. Famous owners adore their furry friends so much that they give walk to their dogs, buy their pets homes, create accounts on Twitter, shoot video clips with the pets, and even colour their coat. 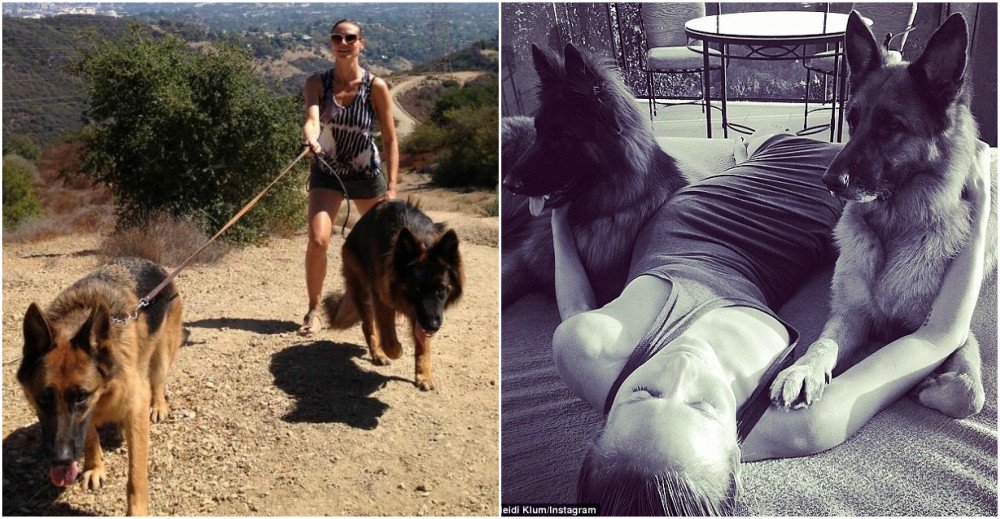 Her German Shepherds Heidi Klum and her ex-husband, the singer Seal, bought for their children. But as it often happens, in spite of that, the mother walks with the dogs on her own.

The model adores this breed for their tameness. The children really wanted the family to have a dog. But Heidi confessed that if in her extended family there were other dogs, not so well-behaved and rude, it would be very difficult.

Heidi Klum does not neglect attention of two Shepherds, and she even trains with them. 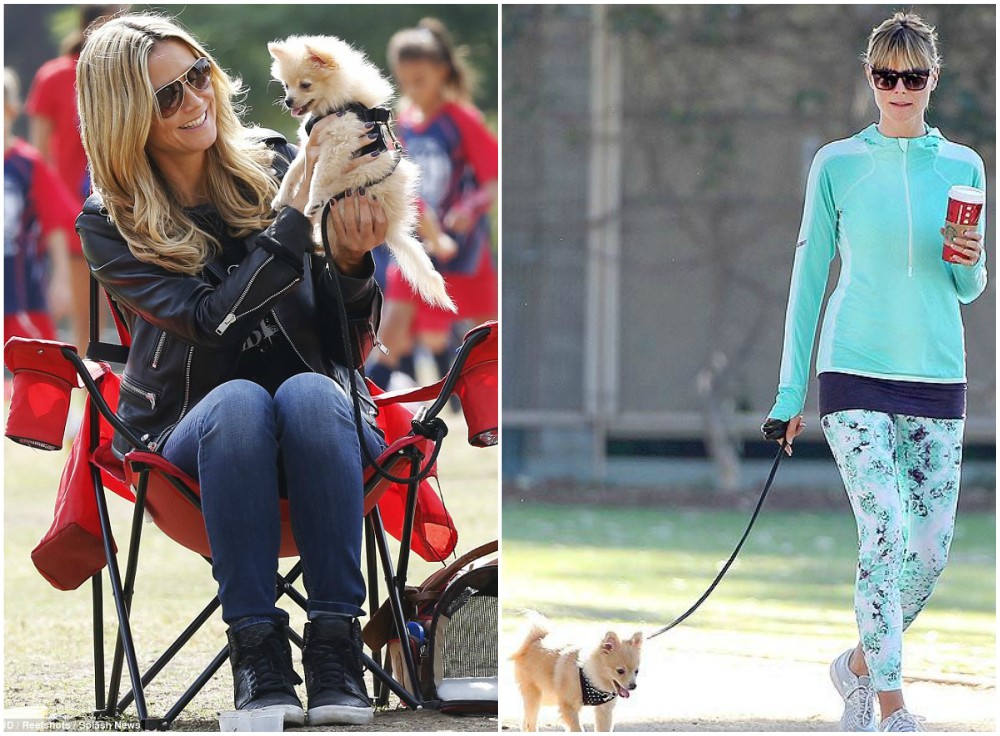 Max and Freddy make a lot of fun together as they are very active.

Of course, being a mother of four children is not that easy, but Heidi says that together with her dogs she has 7 kids. She makes a lot of laugh when all the seven play together.

But how did a Pomeranian join the company of two huge Shepherds?

Actually, it was Heidi’s daughter Leni, who wanted to take that dog. But in order to not to spoil the girl, her celeb mom said that Leni had a year to earn the dog. So, the girl studied hard and got high grades.

It’s funny, but this tiny dog considers itself to be a real guardian and always follows the big brothers. 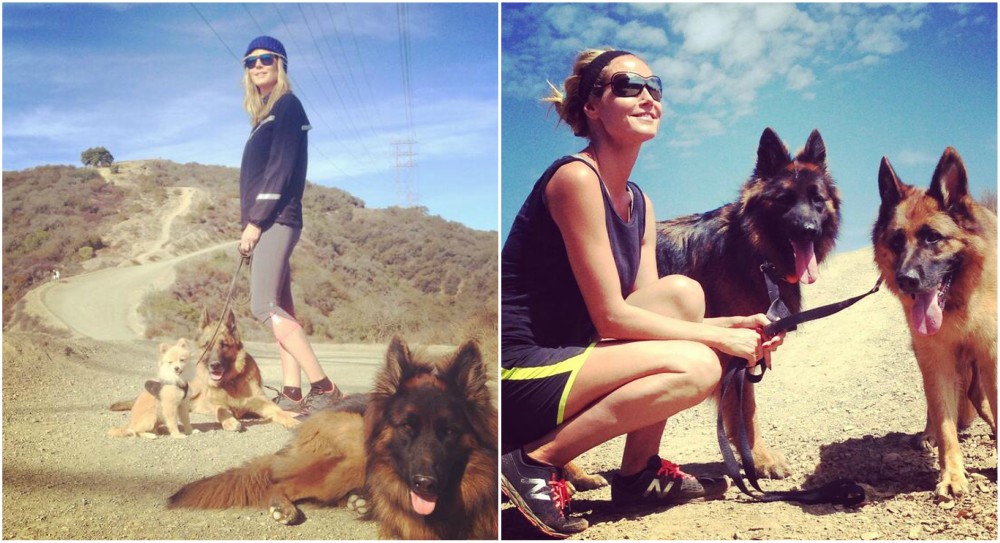 Heidi shared a cute story of spending the weekends together with her family. It appeared that the Shepherds are the real divers; they adore swimming in the family’s pool. Simba, at the same time, stays on the shore as he doesn’t really like water.

Heidi Klum and her family are really cute. The dogs seem to perfectly complement the family. This is an example of how the dogs can become not only good guardians, but real friends.

We are very glad to follow this ideal family, and we hope that they will be as happy as they are for long. 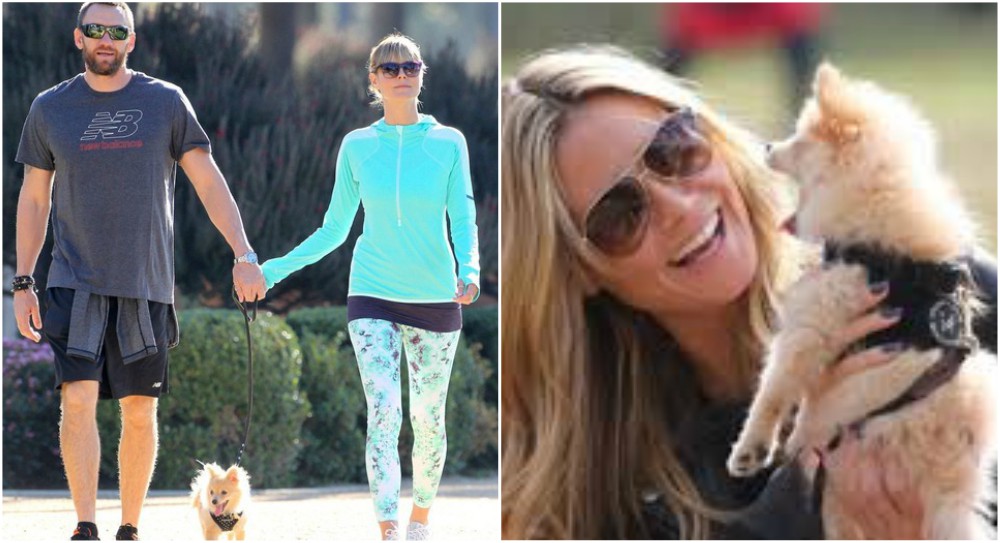