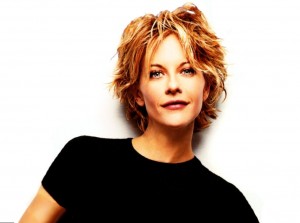 In recent years, the famous American actress Meg Ryan, the star of films “When Harry Met Sally,” “Sleepless in Seattle”, “City of Angels” and others, disappeared from the screens. The reason for that is not only the age, but also changes in the appearance of the actress. In the early 2000s, Ryan made two unsuccessful plastical surgeries on her face, and as it often happens, with the age the results of plastic surgeries looked worse and worse.

On top of fame, angelic Meg Ryan was one of the main America’s favourites, she was the 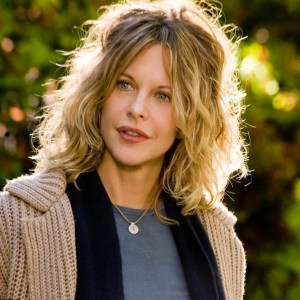 embodiment of femininity, almost French charm. Women admired her casual beauty, imitated her elegant careless style (hair style in the spirit of “relaxed chic” came into vogue with a light hand of Meg). In the 90’s movies with her were at the peak of popularity – she was the main comic actress, whose popularity today can be compared to the success of Cameron Diaz and Jennifer Aniston taken together. But in the beginning of 2000s Ryan made an unsuccessful plastic upper lip. Because of that, with the age her face was strongly destroyed. The next were few corrections of nasolabial folds, lifting face oval and neck, and eventually made the actress doll face looking like a mask with an unnatural grimace. For the age 54 Meg Ryan finally lost her former charm, and at the same time she lost the demand in the profession.


From birth Meg had chubby cheeks, quite narrow upper lip and mild smile. Her talent, cute appearance and charm have allowed her to gain fame of one of the most beloved American romantic actresses. However, when because of age the narrow upper lip began to diminish, the actress decided to ask for help of plastic surgeons. According to some American media, the surgeons used a popular in that period of time lip implant Gore-Tex. The result, unfortunately, turned out far from ideal, because the operation is visible even to the uninitiated in the intricacies of plastics and reminds the audience the results of other Hollywood stars (Nicole Kidman, Liz Hurley, Lisa Wrynn and others.)

Meg Ryan’s photo Before & After 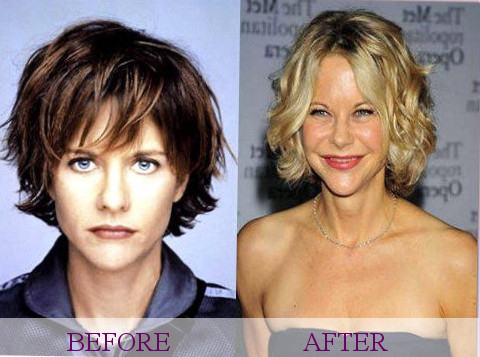 At the same time there was made the second operation. With the age, Meg’s chubby cheeks decreased when to the age of 40 began to grow midfacial ptosis, the actress took the beaten path Hollywood, determined to smooth the ptosis and increase the volume by one of the fillers – most likely a dense gel. However, as is often the case with a significant increase, the face didn’t become to look younger, but has lost its naturalness, acquiring frequent for such operations swelling.
Many US media believe that the actress also made a lower facelift, because at her age it’s impossible to have so clear facial oval. Apparently, this Meg’s fascination with plastic surgery is over. Even though ptosis and loss of breast volume, the actress is doesn’t resort to the help of implants. 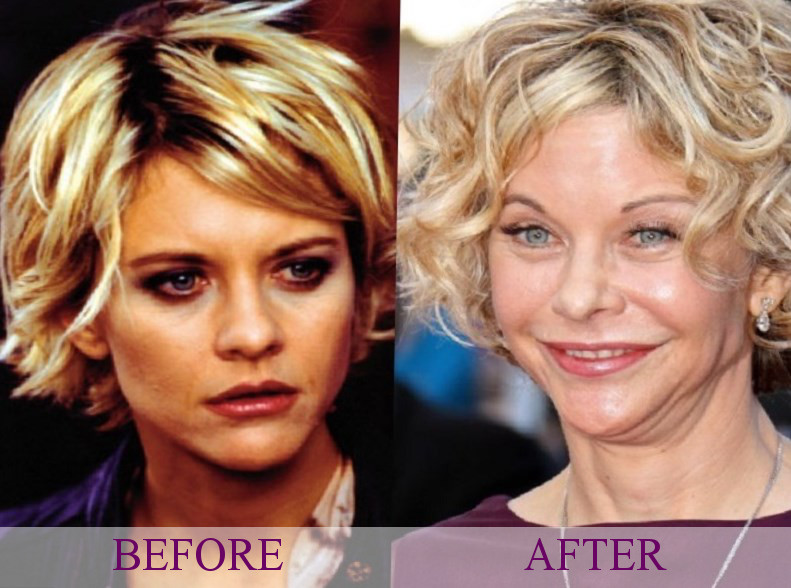 Also on the beaches Meg prefers to hide her tummy, which may indirectly say about the unsolved problems in this area, which often occur after pregnancy – although it should be noted that for her age Meg’s body is in great shape!