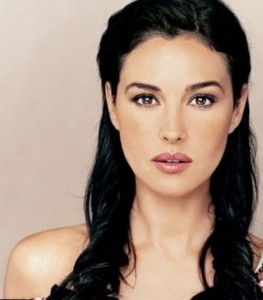 Monica Bellucci, one of the most sexual women of our planet still doesn’t stop wondering her admirers. In her 50 years, she looks so perfect that not every young lady can boast such figure.

Speaking about this sparkling woman it is necessary to say that she is a famous Italian model and actress. Cinema in Monica’s life appeared not at once. When she was a young girl and was only 14, she started her career as a model.

But it should be added that she aspired to become a lawyer but when she tasted social engagements she refused from this dream. When Monica was 16 she left her small town and moved to Milan where she signed a contract with a model agency Elite Model Management. Her model career was successful and she posed as a model for various advertising clips and presented such well-known brands as Blumarine, Valentino, Armani, Dolce & Gabbana. She worked in Paris, London, Milan and poses for famous photographers. 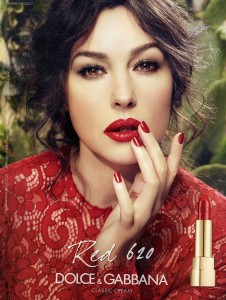 It happened that her photos turned up by chance to a film director, who searched a young but not famous actress in order to play a Dracula’s fiancée. Monica made first appearance on the stage late, when she already was 26, but really popular she became only after 30. The woman philosophically commented that she was invited to a film not because of her brilliant acting abilities but because the director needed her ideal appearance. During twenty years Monica filmed in more than forty films.


The most intensive role Italian played in the film “Irréversible”. The nine minute scene of violence in an underground walkway went down in the history as one of the cruelest. Still Monica says that for her that shooting was a torture she was not able to review this film.

For the audience who saw the first night in Cannes in 2002, this scene also was a torture. 250 people left the first night, 20 of them lost consciousness and her husband cried. This ruthless film still provokes mixed reaction among the audience but the main actress, who took courage in order to star in this film, made a prominent work. 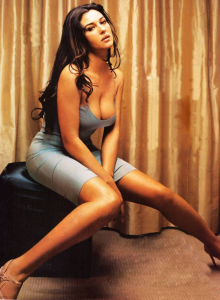 The first baby Monica bore when she was 40 and the second one, when she was 45. Earlier Monica was not ready to become a mother. During 14 years the actress was married with Vincent Cassell, and their relationship was considered to be the most passionate. When she was pregnant she didn’t conceal her pregnancy and took part in unvarnished photo sessions together with her husband.

This sexual woman constantly says that beauty mustn’t be young and Monica is one of such actresses, who proves the fact that at the age of 50 it is possible to stay young and handsome!

With the height 178 sm and weight 64 kg she still drives all the men crazy. Her slim figure and hazel eyes don’t leave cold anyone. By the way, one of the most beautiful women doesn’t like sport. Exhausting trainings are not for her and irritate her. She doesn’t keep to any diet. Monica just leads a healthy lifestyle, eats only healthy food and likes Yoga.