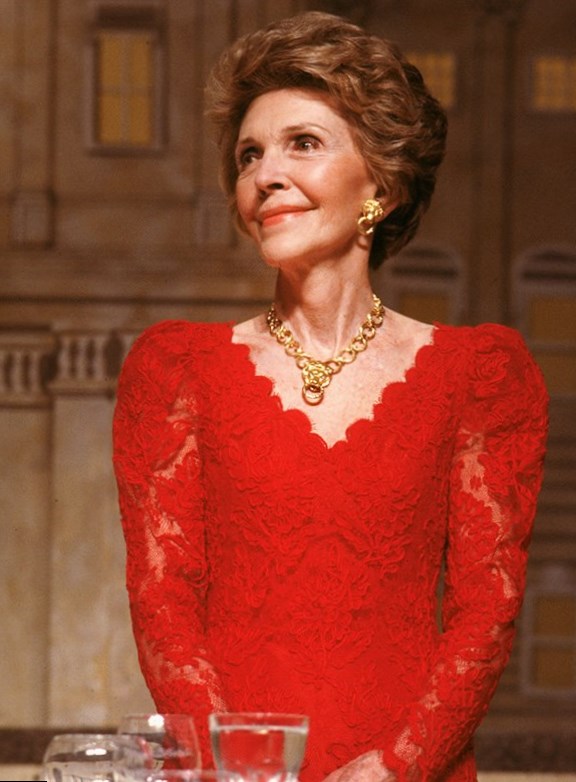 Nancy Reagan is known as an extremely slim person. She was just 163 cm tall and her weight was 52 kg. But then she lost 5 kg after the attempt on her husband’s life and remained so airy till the end of her life. They say, she was so slim, that it was hard for Nancy to find the dress for herself, when she was going shopping. Even if the dress was of her size, it was as usual too free in the waist area.

Anne Frances Robbins was called “Nancy” in her early years. She liked that nickname and soon everyone called her like that. Nancy’s biological father left the family soon after her birth and the girl was sent to her aunt and uncle’s house, while her mother was busy with her work.

Soon Nancy’s mother Edith re-married a rich surgeon, who adopted the girl and gave her his name “Davis”.

Nancy Davis worked as a nurse’s aide, when some of her mother’s friends (Edith used to be an actress) advised her to start acting. Thus Nancy started her career.

She met Ronald Reagan, then actor, in 1949, after Nancy had noticed her name in the blacklist of Hollywood actors, whom nobody wanted to cast in their projects. Young actress appeared in that list by mistake, but she had to prove it. The woman visited the president of the Screen Actors Guild to help her. As you have guessed, it was Ronald Reagan and he fell in love with a slim beauty at first sight. 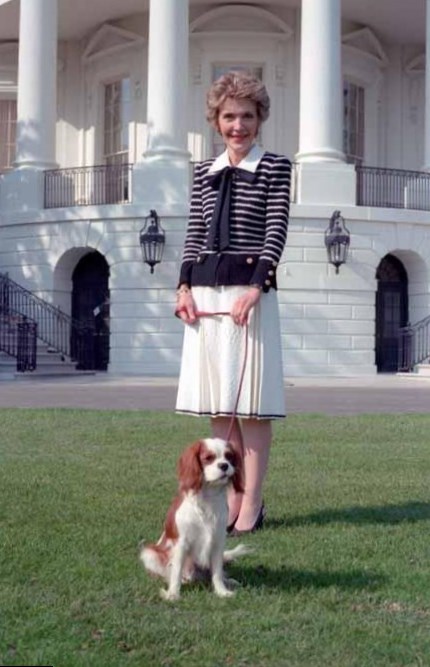 They got married three years later and Nancy Reagan concentrated on her home life and almost forgot about acting. She gave a birth to a daughter and a son. Soon her husband became successful as a politician and she tried her best to support Ronald.

Nancy Reagan was the First Lady in USA from 1981 to 1989. She was known as the fashionable petite lady, who had unique style of clothing. Many women all over the world were for ready for everything to become as slim as Nancy. They asked her about the secrets of her diet and fitness tips.

In fact, Nancy did almost nothing to remain slim. She was genetically thin and it took no efforts from her to lose the weight. On the contrary, she dreamed to gain a couple of pounds.

Nancy Reagan had spent an interesting life and died in March, 2016 from congestive heart failure. Her funerals took place on the 11th of March and many celebrities were present there. Nancy’s memory was honored by Hillary Clinton, Arnold Schwarzenegger, Michelle Obama and many others.