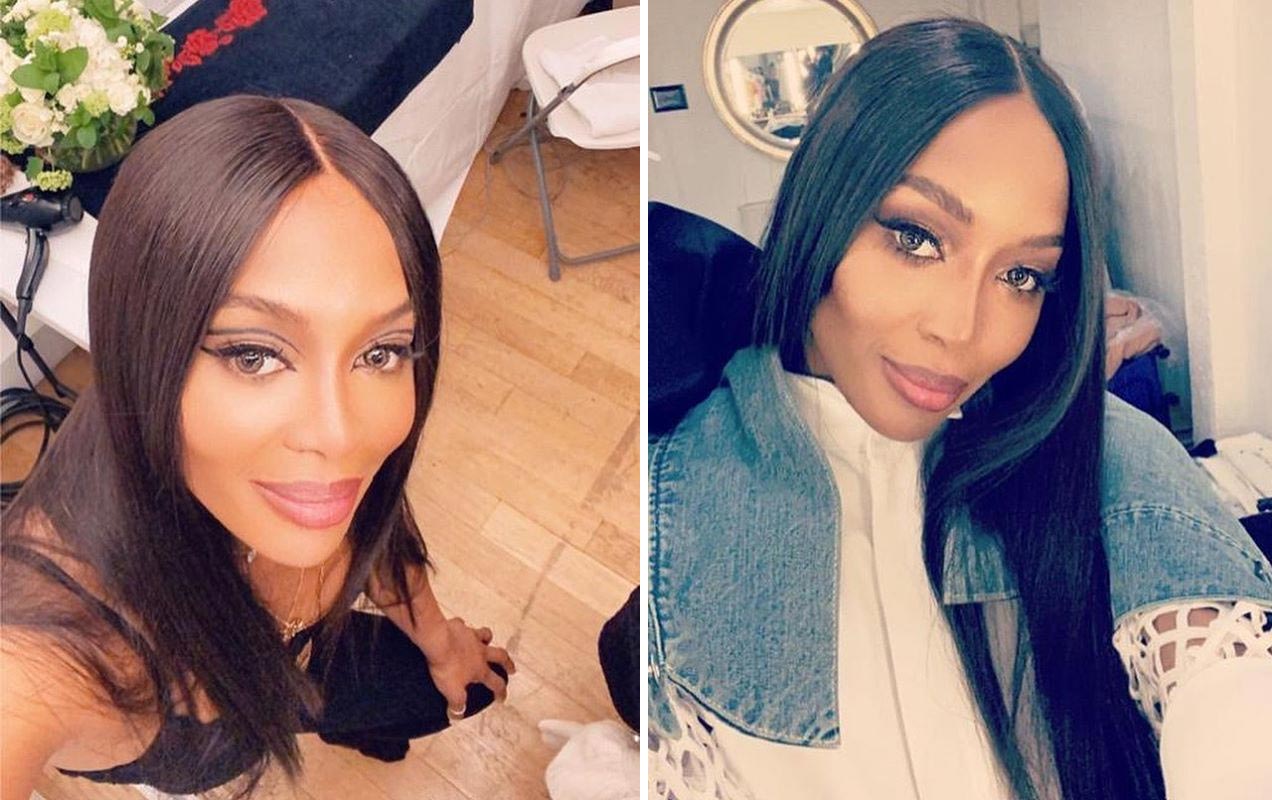 She is gracious and her movements are fast, probably, that’s why she got a nickname “Black Panther”. But frankly speaking, there are people, who think that Naomi got that moniker for her bad nature and scandals, which she arranges all the time and everywhere.

But in any case, Naomi owns the supermodel title for several decades and she is not going to lose it. The star, which is “after forty”, remains slim, and her skin looks extremely young and toned. Naomi Campbell knows how to stay fit.


In fact, the future star started to care about her body at the age of 10, when she started to take ballet classes. Till now body ballet workout is her favorite one.

Naomi was born in England to a mother, who earned her living as a dancer, and unknown father. He left her mom, when she was pregnant.

Naomi had ideal body measurements for modeling and she was scouted at the age of 15 by Elite Model Agency agent.

Naomi Campbell worked with the most famous brands like Valentino, Ralph Lauren and Victoria’s Secret. Naomi released her album as singer and was an actress too, but she was not successful in it.

The star is also known as an eater of male’s hearts. She was in relationship with Mike Tyson, Robert De Niro, Vladislav Doronin, but she had never tied a knot officially and has no children. But she is not upset by this fact and thinks, that family life is not her cup of tea.

The star looks perfect in her age and many girls worldwide envy her beauty and great shape. They want to know the secret of Naomi’s diet and fitness routine.

The star stays fit and gets red carpet ready body with the help of her personal trainer David Kirsch.

He prepared the special program, based on kickboxing, which helps the supermodel get rid of some extra calories.

As for diets, Naomi says, she avoids them, because her metabolism is really fast. She just tries to eat healthy food and doesn’t eat at all after 6 p.m.

Naomi Campbell cares about her skin too. She has extremely soft skin, which is not typical for a person of her age. She likes moisture creams and various oils – jojoba, wild rose oil etc, which makes her skin so soft.

Naomi Campbell remains one of the best models in the world and her fans with admiration follow their favorite Black Panther on a runway.