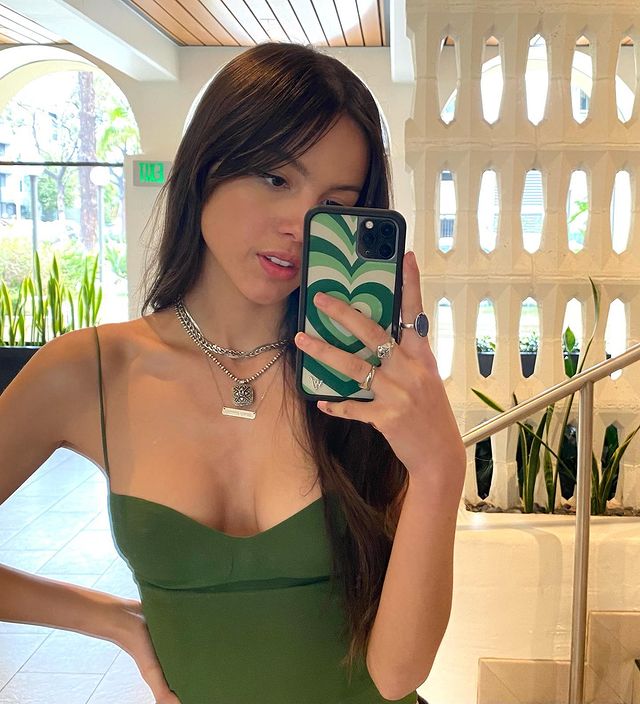 Olivia Rodrigo began to prepare for her show business career in early childhood by taking acting and singing lessons. She got the first acting experience in commercials and in 2015, she landed a part in An American Girl: Grace Stirs Up Success.

Olivia made a breakthrough in 2016 thanks to portraying Paige Olvera in Bizaardvark television show and consolidated her success with a part in High School Musical: The Musical: The Series. Besides, she guest starred in an episode of New Girl.

In 2021, Rodrigo started her music career with single Drivers License and later that year, she presented an album titled Sour. She doesn’t only perform songs but also writes them.

Olivia has rather bright appearance thanks to a mix of Filipino, Irish and German ancestry. She rarely experiments with her long brown hair. Her only noticeable changes were bleaching some strands in a balayage technique and curtain bangs.

Being naturally slim, the young star loves running and dedicates much time to an abs workout. She is a vegetarian who eats many vegetables, greens and fruits. Moreover, she drinks much water.