The owner of Grammy Award and Academy Award nominee, Queen Latifah was the first lady, who became popular as hip hop artist. She became known not just as rapper but also as an actress and participated in a number of successful films, including “Chicago”, “Taxi”, “What Happens in Vegas” and many others. 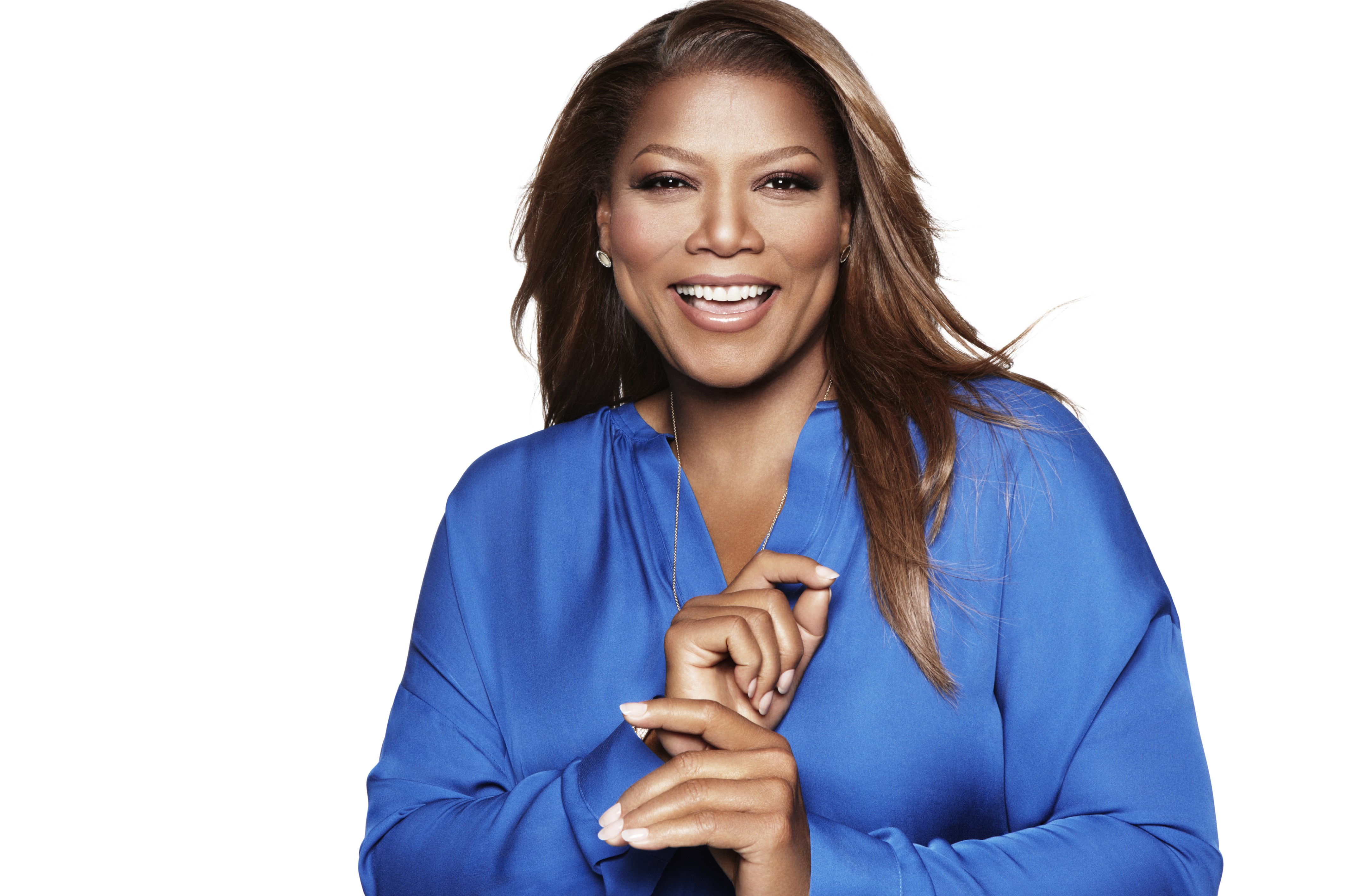 Dana Elaine Owens was born in 1970, on the 18th of March. Her birthplace is Newark, New Jersey. She was brought up in the family of Lans Owens and his wife, Rita. The girl got her moniker “Latifah” in her childhood from her Muslim relative. It means “sensitive”. Later she used it, while performing on the stage. 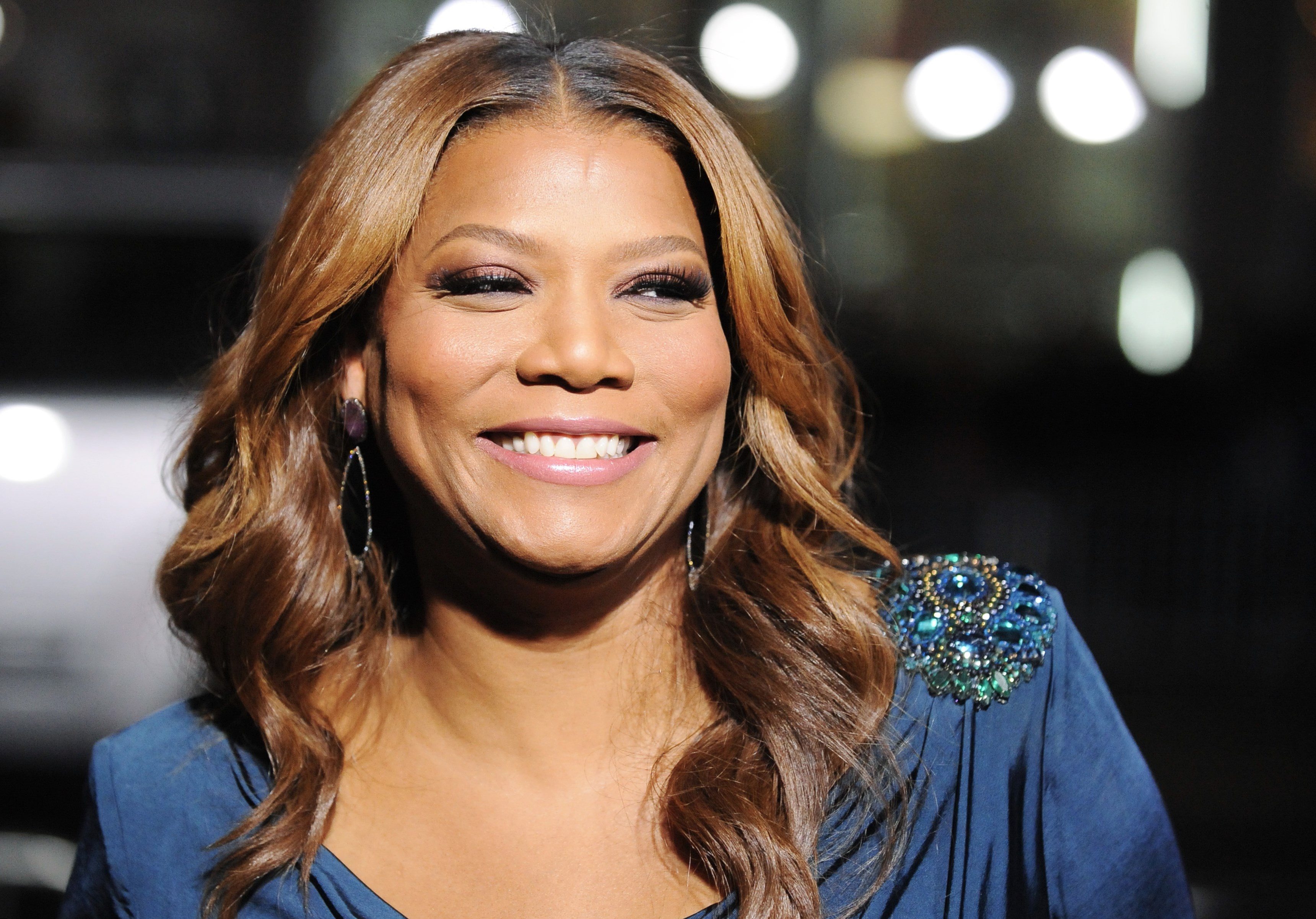 The girl grew up in a loving friendly family. Her father served as the police officer. She had a brother, who followed his father’s steps and also became a policeman. He died in 1992 in a motorcycle accident.

Dana Elaine visited Frank H. Morrell High School. She took part in various school performances. The girl had a music talent and it was noticeable from the earliest years. She sang in a church choir and soon made her first public appearance in the production of “The Wizard of Oz”. 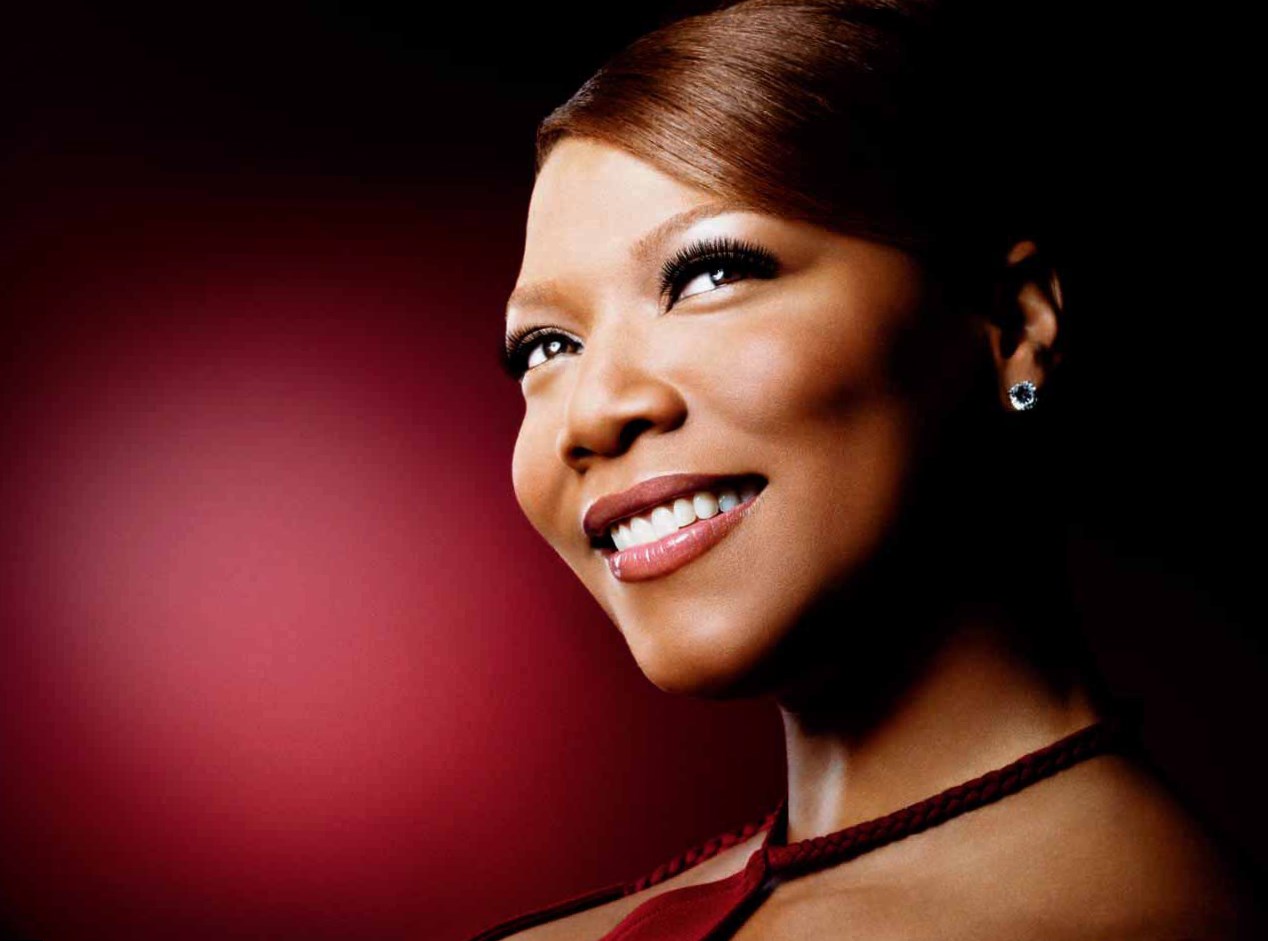 Dana Elaine and the other girls from her class made up girl’s band. They played their music at school discoes, when Latifah’s mother invited the local DJ Mark James to listen to their performance. He understood, the girl was talented and helped her to record her first song. Its name was “All Hail to the Queen”. The record caught attention of the agent of Tommy Boy Music, who signed Queen Latifah to his label immediately. 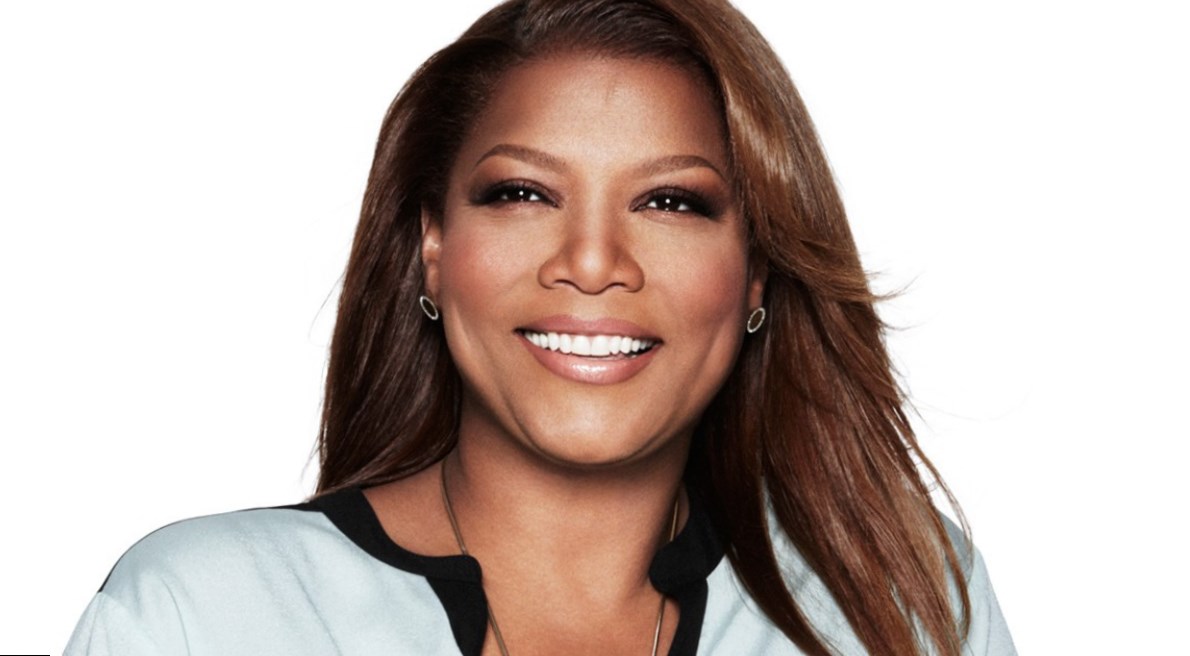 In 1988 she released her first single “Wrath of My Madness”, which got positive critical acclaim. A year later Queen Latifah released her first album, named “All Hail to The Queen”. It got platinum status. Queen Latifah became popular as a musician and then started her career as an actress. She participated in the movie “Jungle Fever” and other popular movies. 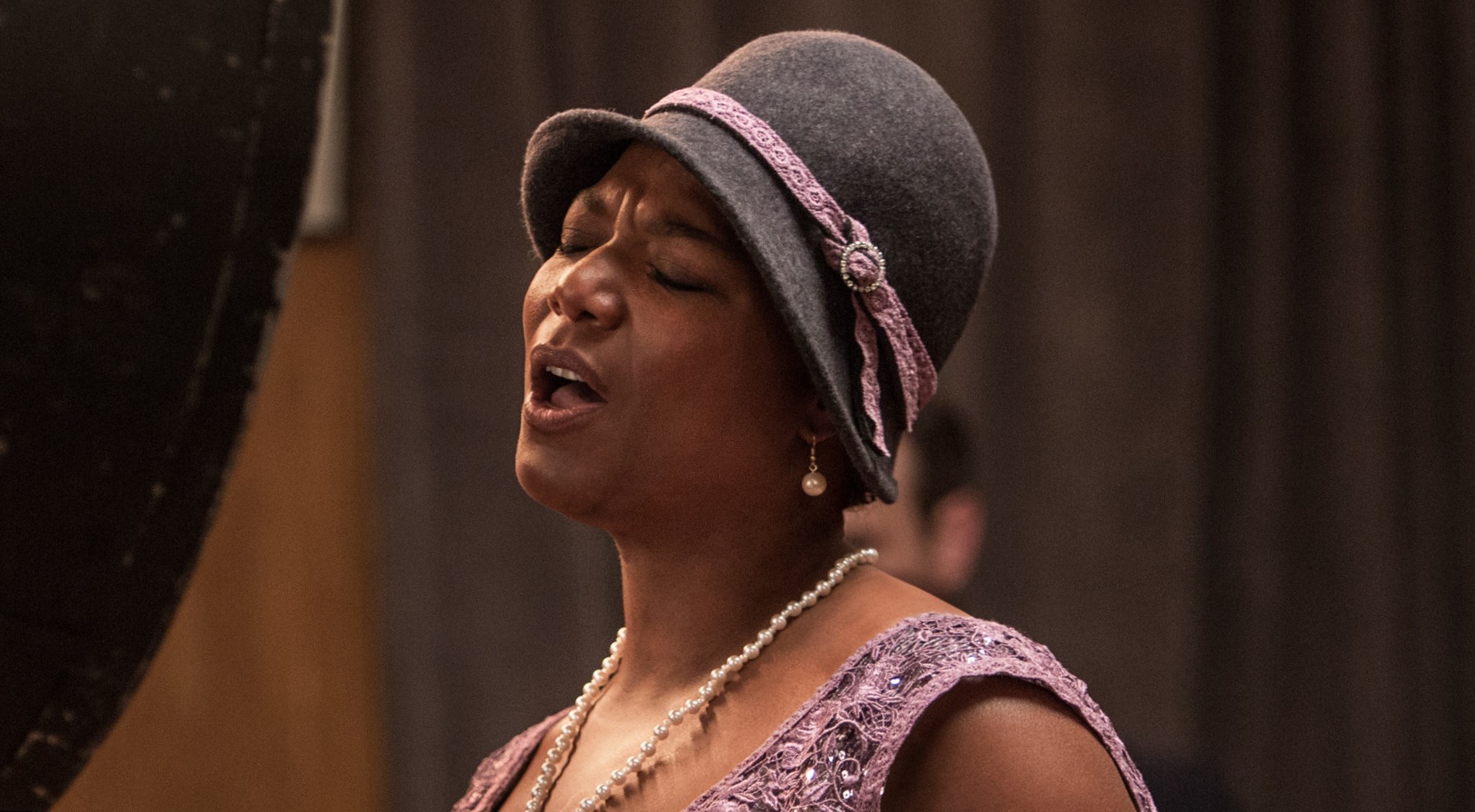 Queen Latifah films – most of them – got positive critical acclaim. She got Oscar nomination for her musical film “Chicago” as a supporting actress, but she lost to her colleague, Catherine Zeta-Jones.

She acted great in the film “Beauty Shop”, and then Queen Latifah took part in the movie “The Secret Life of Bees”. 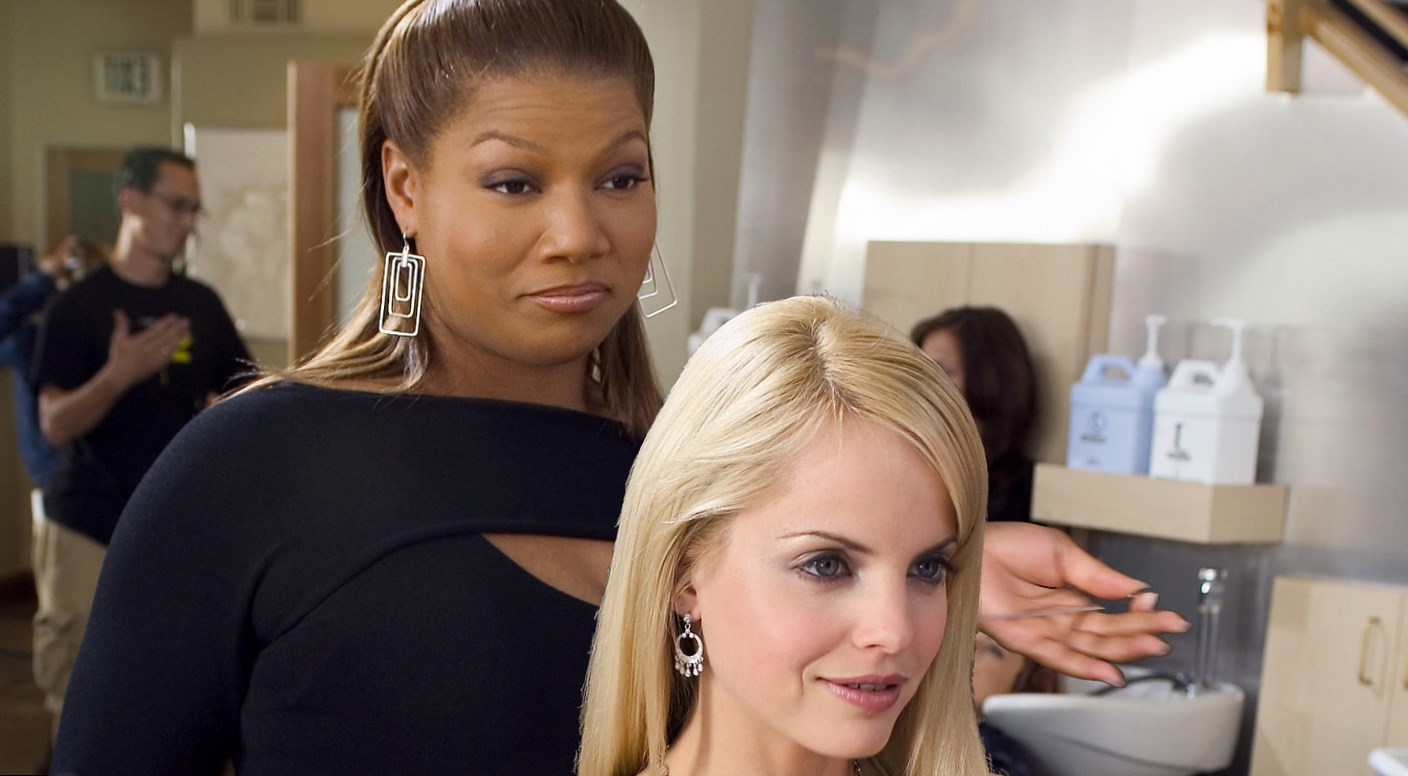 She is also known due to her talk show. Queen Latifah Show was on air from 1999 to 2001. Queen Latifah TV show was quite interesting and unusual, but gradually its rating was decreasing. In 2013 Queen Latifah talk show was renewed, but it existed just till 2015.

Here are her most popular movies.

1. Bringing Down the House

It is hard to make a comedy with its fresh humor and original plot. But “Bringing Down the House” directed by Adam Shankman is that same fresh note in humor most people have been looking for. The contrast between two main heroes, Peter Sanderson (Steve Martin) and Charlene Morton (Queen Latifa) is that base, which makes film funny and unusual. It is one of the most successful screen works of an actress. 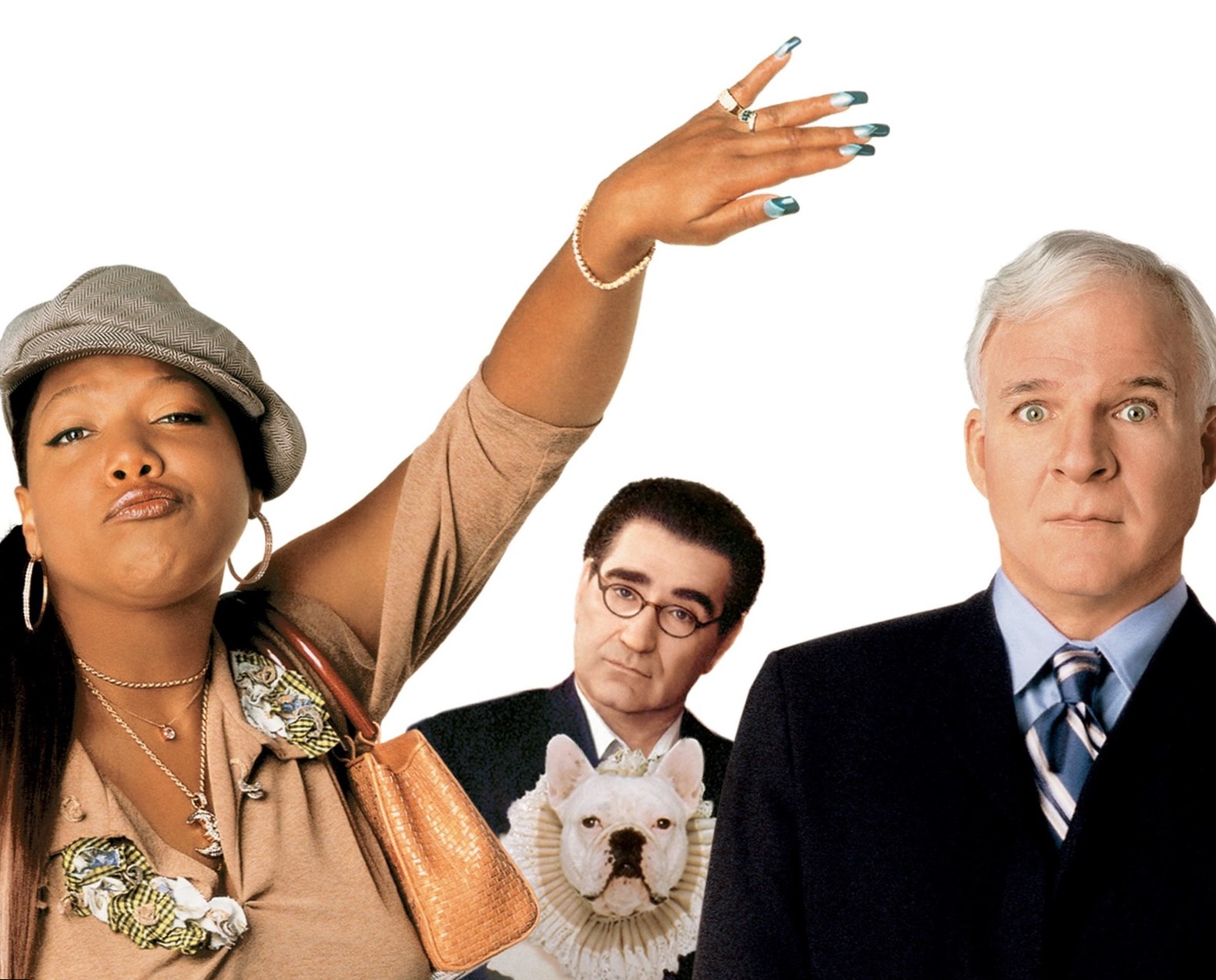 Queen Latifah in ‘Bringing Down the House’

In the movie of Bille Woodruff, Queen Latifah played the first part. With the co-stars Alicia Silverstone, Andie MacDowell and Mena Suvari they created a kind and vivid movie about beauty, strong will and success. The movie got positive acclaim from the audience. Although its plot is quite simple, it is worth watching. 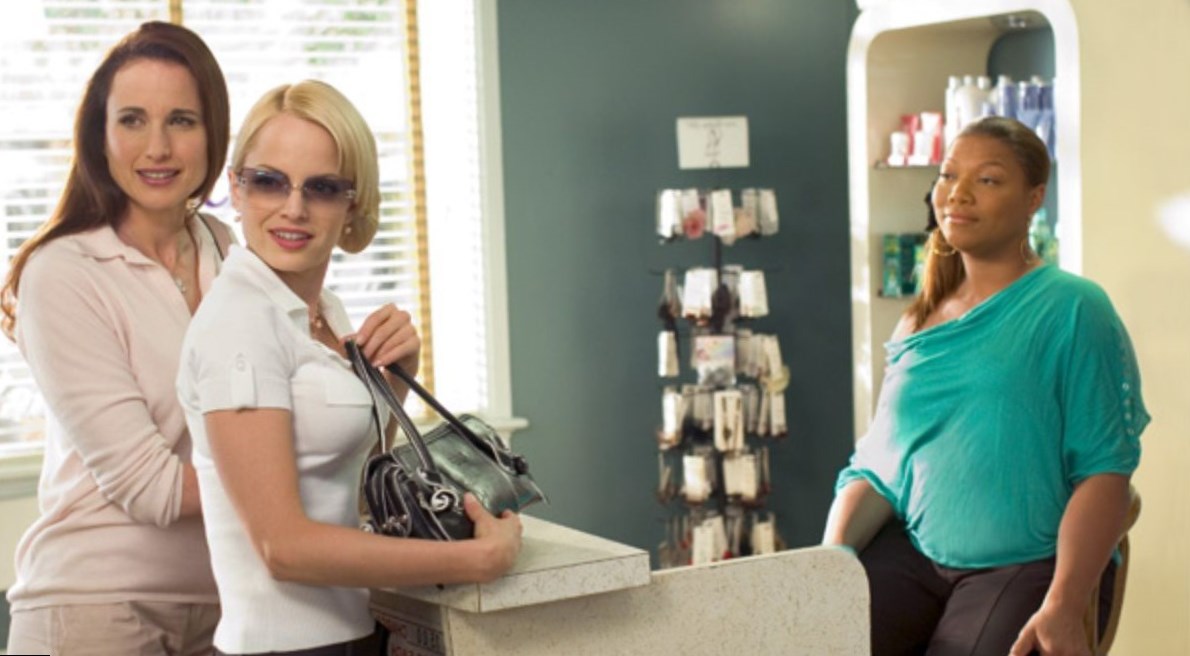 Queen Latifah tried her hand as a voice actress. She gave her voice to Ellie. The animation film with 30 minute length was quite short but pleasant and interesting.

This screen work of an actress got modest success. But she got an opportunity to co-act with the stars Diane Keaton, Ted Danson and Katie Holmes. 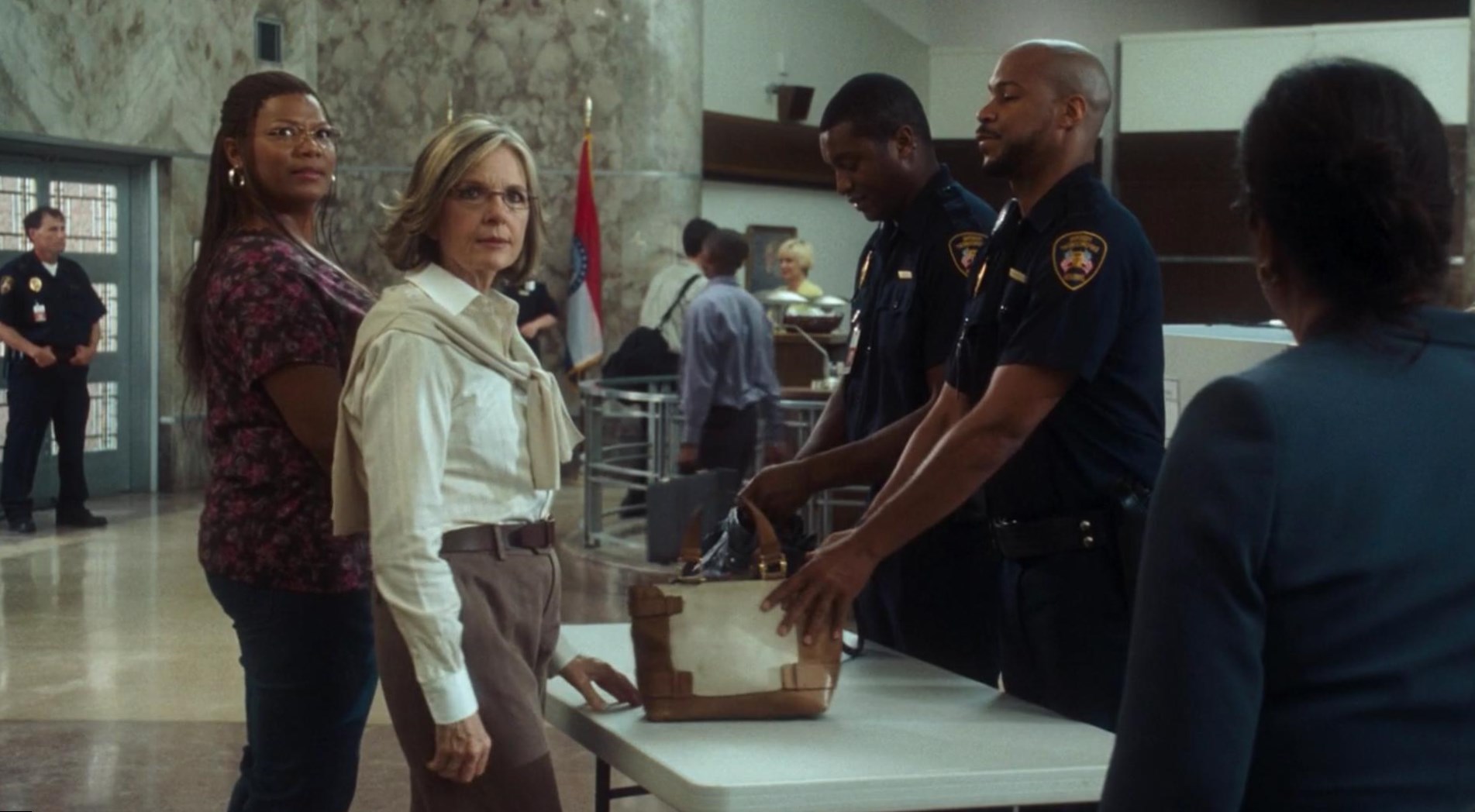 5. What Happens in Vegas

Bright fresh humor of the comedy made people laugh numerous times during the action of the movie. The stars Ashton Kutcher and Cameron Diaz made a great screen couple. Queen Latifah acted as Dr. Twitchell. She had a small role, but acted perfectly. 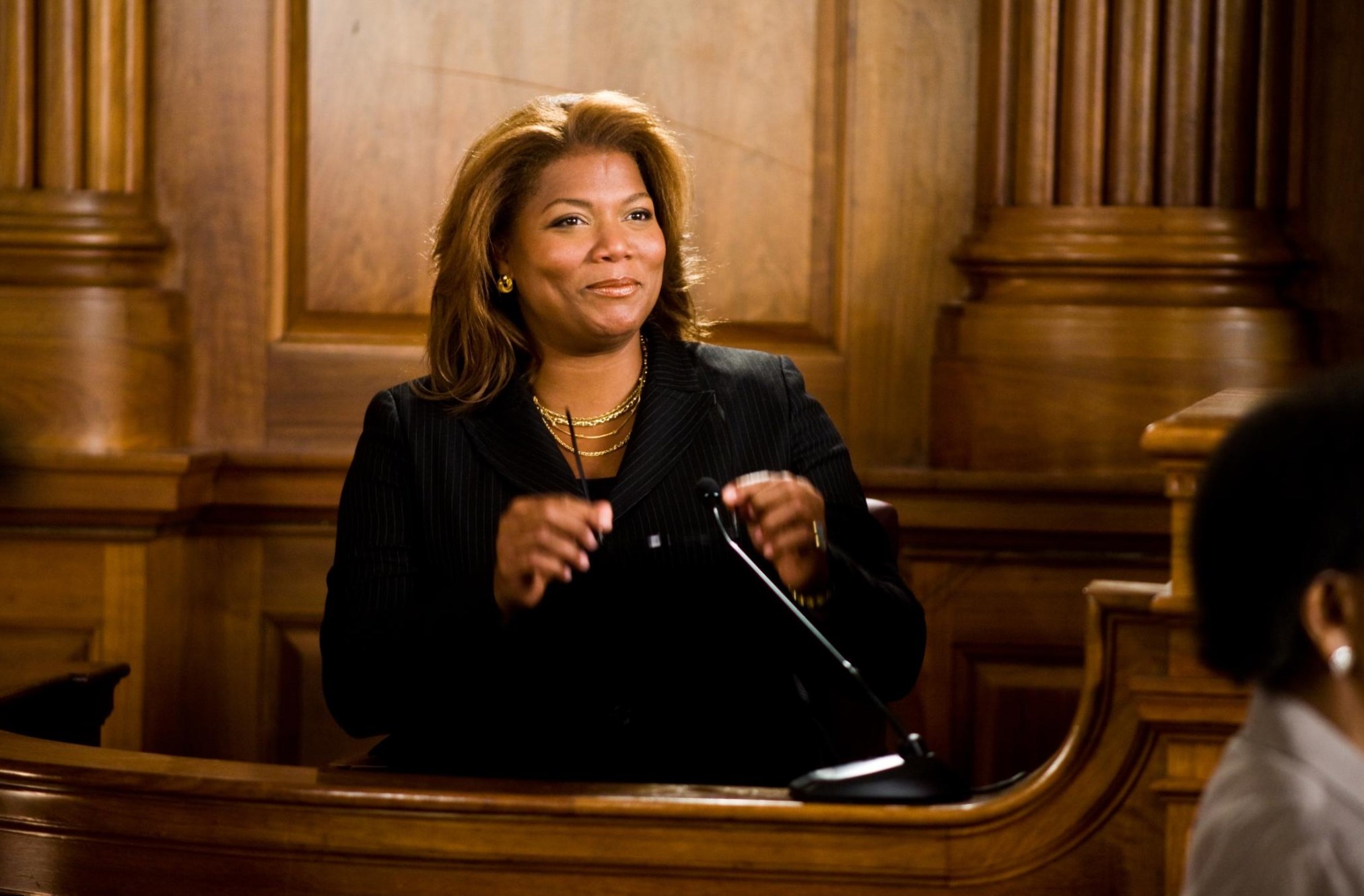 Queen Latifah in ‘What Happens in Vegas’

Queen Latifah is a busy star. Now she is busy in several upcoming movies. Soon the spectators will see her in “Miracles from Heaven”.

The actress is also a successful business lady. She is the spokesman of the brand CoverGirl, where she has her special line – Queen Latifah collection. Besides in 2009 the star presented her own perfume – Queen by Queen Latifah. 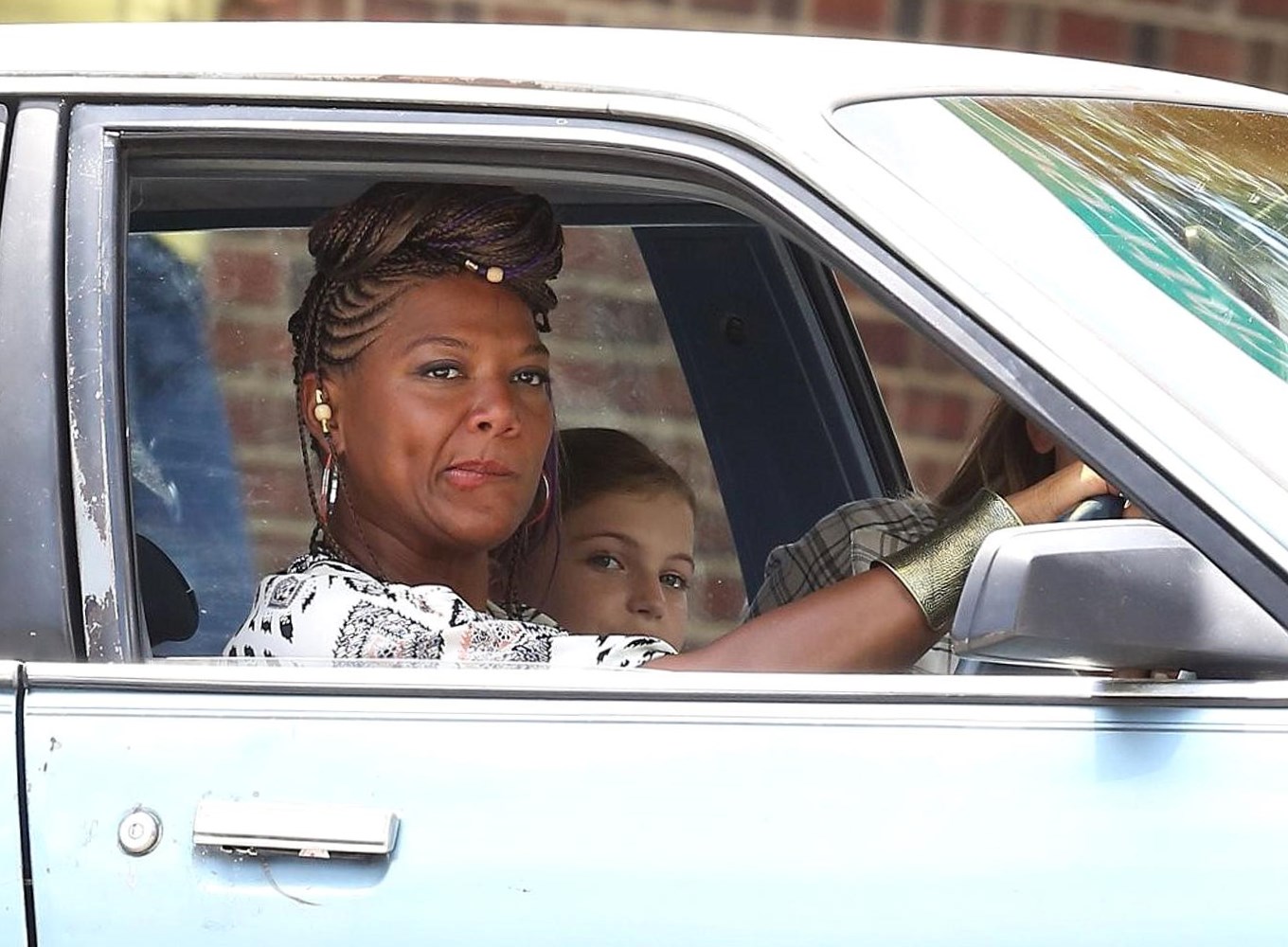 Queen Latifah is extremely popular as a singer and actress. She is a talented producer and business lady. And is she happy in her personal life?

If you think that Queen Latifah married, you are wrong. Forty-five year old star have never been married. Who is Queen Latifah boyfriend? She dated both, men and women. The star is bisexual, but she tells that “this is private and people are too curious about sex”. She dated Debbie Allen, Kendu Isaacs and Jeanette Jenkins. 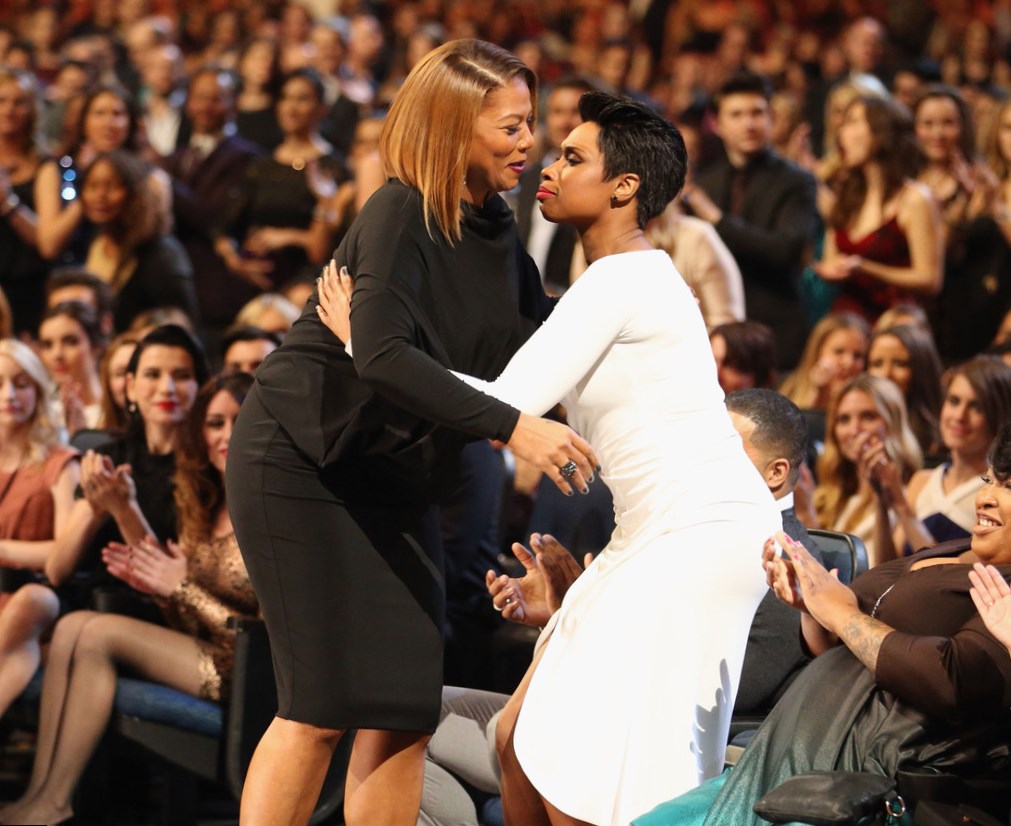 The star lives alone in her house in Beverly Hills, California. She was arrested for possession of drugs numerous times. Still she is upset by her brother’s tragic death and wears over her neck the key of motorcycle he used to drive, when was killed in an accident. She is looking forward to new movies and new projects.